This year we’ve become football parents. I don’t mean football as in ‘soccer’ (because that’s what kind of parents we were previously) but as in ‘grid iron’ with a pigskin. Canadian Football League style. Our youngest son has given up soccer to try football and I am absolutely thrilled! I grew up in Saskatchewan so I am a CFL Saskatchewan Roughrider fan all the way. In other words…I bleed green!

All of kid number one’s games have at Shouldice Park have been early enough that we could go home for lunch but the first game of the playoffs took place at 1 pm so by the time our victory celebration was over, we were starving! Fortunately a kind friend pointed us in the direction of the nearby Avatara Pizza.

As I said, we were starving so we took advantage of the menu and ordered four pizzas. We each chose one that appealed to our tastes and then ordered a standard ham and pineapple (Mauie Wauwie) to bring home to kid number two who always opts to stay home on football days.

I wanted to try one of the more unusual pizzas so I chose the Buddha with shrimp. I didn’t really read what the toppings were (wow, I must have been hungry!) so I was surprised to see cashews on top.

The sauce was really tasty and I appreciated the finely diced peppers and onions. 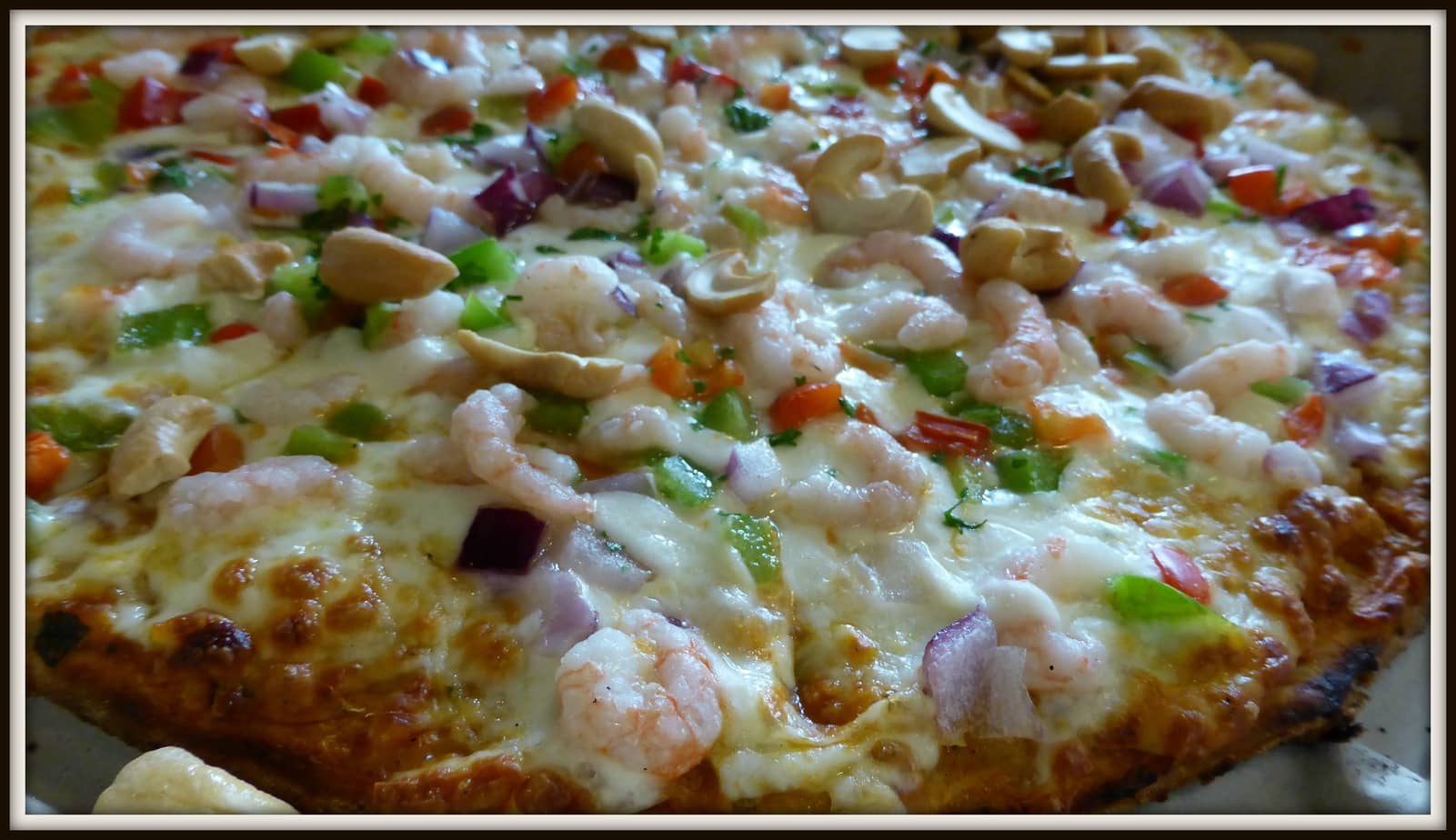 Kid number one ordered the T-Rex Meatzilla. What can I say? He’s a carnivore. 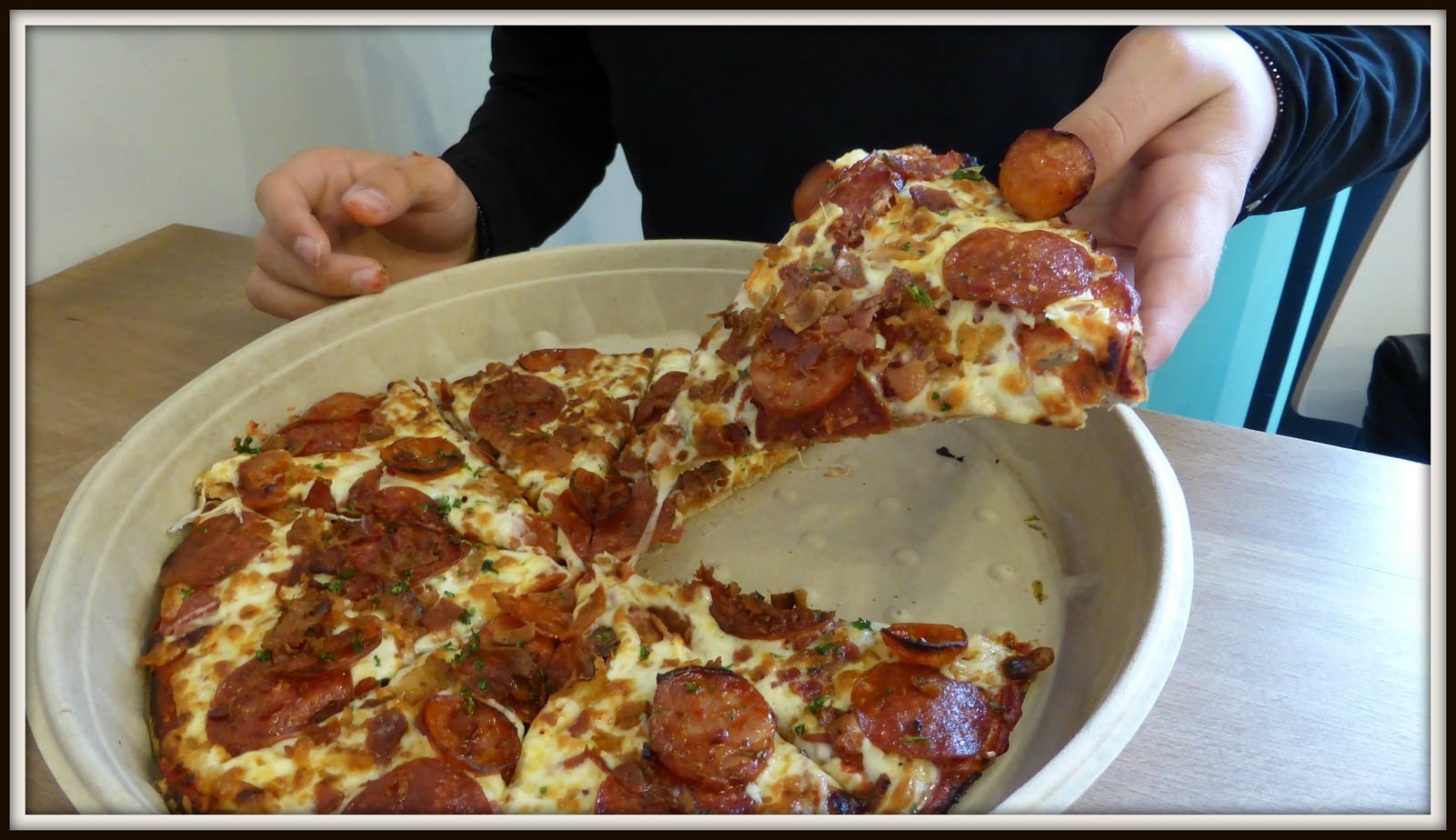 We made sure to swap slices so we could all try each pizza and Hubby’s pizza, the Italian Stallion, came out as the all around winner. I tthink it had the best flavour because it had bruschetta listed as a topping. 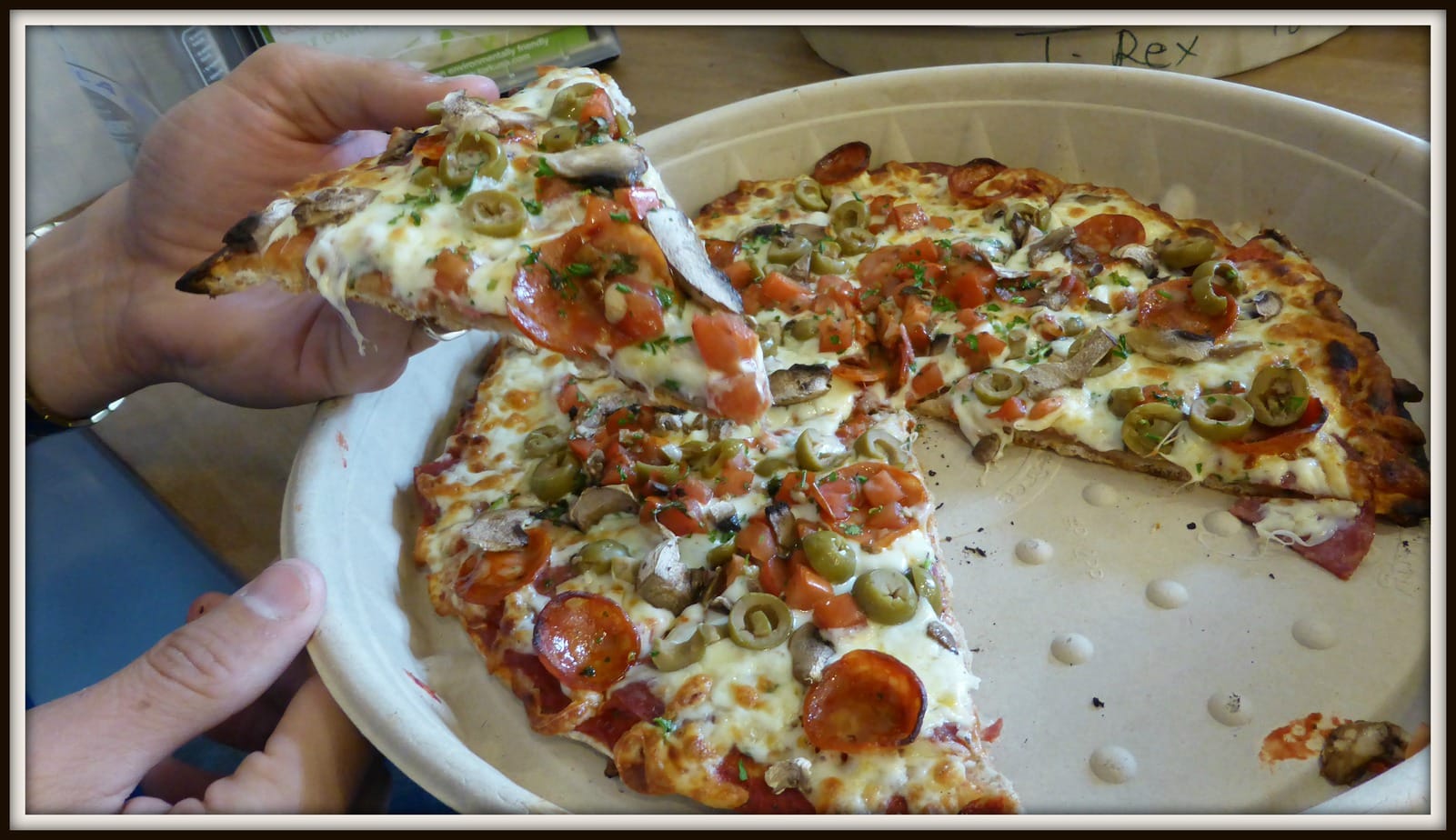 In all we were very happy with our pizzas. All the flavours were there but maybe the crust was not the best we’ve had though the whole point is that it’s 100% whole wheat. You can also get gluten free, Vegan, lactose or dairy intolerant pizzas.   I really liked how they used the bio degradable round boxes with lids to take home. The decor is friendly with an open kitchen and a view into the huge pizza oven. Hung on the walls are painted representatives of each pizza. And as you may have guessed, mine was a Buddha.

We took the remainder of the pizza home and had the rest while watching our Roughriders beat up on the British Columbia Lions. It’s a great day when both my teams win and there’s pizza involved!