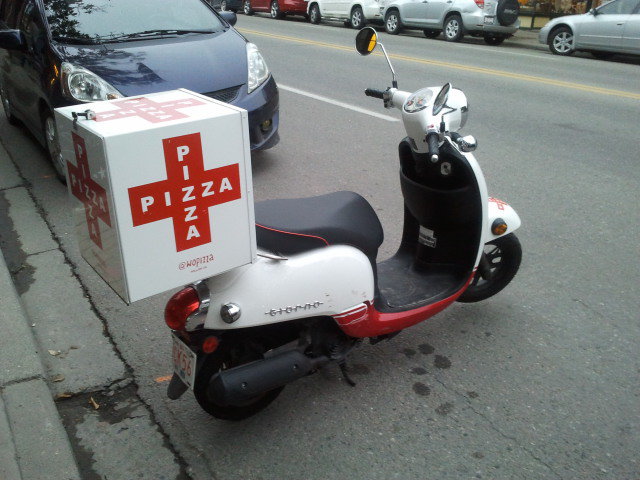 Kid number two and I were in Inglewood to take in a big of the Calgary Fringe Festival this evening. We attended the early show entitled ‘Geek Life’. I thought it was a pretty good performance, the one man show is sometimes very difficult to put on. Namely because it is fairly difficult to entertain a roomful of people by yourself for an entire hour. Funny enough though, this guy seemed to achieve just that.   It was even a bit though provoking and a lot funny.  By his definition,  I’ve been a ‘geek’ for all my life.

Hey, if you’re reading this and you are a food blogger, you are probably a geek. What else do you geek out over?  Is it pizza?

Our choice for our post show dinner tonight was Without Papers Pizza. It was a difficult decision for me because I am partial to 500Cucina down the road but I thought it would be a nice change to try WOP tonight. I’ve heard great things about their pizza.  Funny thing, I’ve actually looked for this place a couple of times and missed it because I didn’t realize the entrance is just a door off the street and the restaurant is actually on the upper level. Kid number two and I arrived and stood around at the top of the stairs for a bit, unsure of what we were supposed to do. After a few moments we sat ourselves at a place for two in the central bar seating around the stairs. It was a bit awkward as no one had greeted us and there were no signs telling us to wait to be seated. I finally had to flag down a waitperson and she seemed surprised to see us there.

We had a chance to check out the decor and watch the movie being shown on the wall opposite us, trying to guess which movie it was as we had missed the title frame. Our waitperson confirmed my guess of ‘Cool Hand Luke’ starring Paul Newman. She said she tries to play it whenever she can because it reminds her of her dad.  Also, I want to make a statement that Paul Newman really was a hottie way back then. Now I know what all the fuss was about!

When the waitperson came back to take our order I asked for a Stiegl Radler and Shrooom pizza topped with roasted garlic truffle panna, wild mushrooms, arugula, truffle oil. When it arrived, I could smell the truffle right away followed by the sharp smell of warming arugula. It was delicious, but not very warm as if it had been sitting for a while. The crust was perfectly cooked and chewy though, and I loved the mushroom/arugula combination. 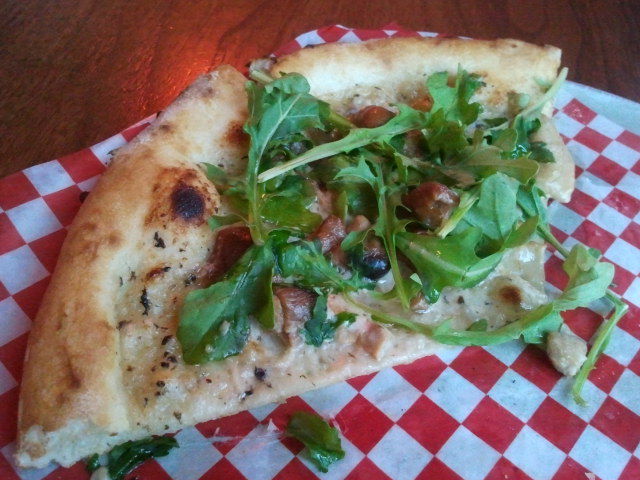 Kid number two had her standard Hawaiian pizza. I can’t even believe a place like this has it on the menu but I suppose she is no the only one out there that geeks out over Hawaiian Pizza. Hers came out several minutes after mine and so hot she had to let it cool down. 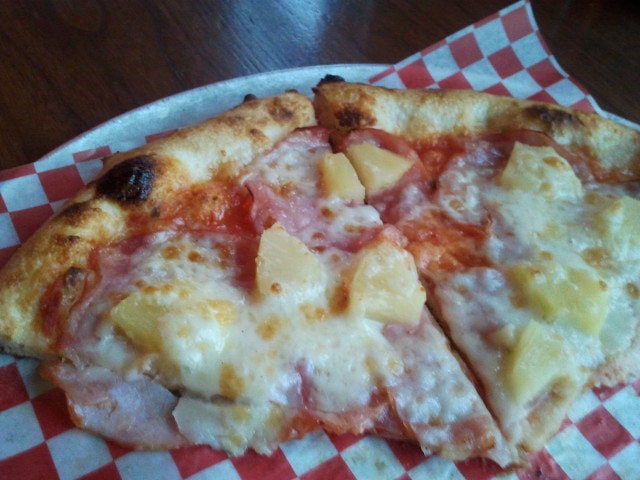 I think it’s possible our order may have been misplaced (or ignored) for a bit of time because several other tables who wandered in after us had their pizzas quite a while before we had ours AND their pizzas came out at the same time.  Improper timing of food delivery is one of my pet peeves at a restaurant. It’s a bit of a sticky situation because your food is getting cooler by the moment, however,  you don’t want to be rude and eat in front of your starving companion. Luckily my daughter isn’t too picky about manners even though I did ask if it bothered her before I chowed down.

The food at Without Papers Pizza is delicious, the decor relaxing and I think for the most part the service is ok. When I first try out a place and am not too satisfied with the service I do try to give them the benefit of the doubt.  The pizzas really aren’t cheap though. Don’t expect to get out there for anything less than $40.

Back to the geek side of things…here are some things I geek out over:

Are you a Geek too?