Friends definitely make life more interesting. Well mine do anyway. They make you go out when you just want to crawl under the covers and sleep and they open your eyes to new experiences. I got a double whammy the night my friend Stacey took me to Atlas Specialty Supermarket and Persian Cuisine. Not only did I try a new restaurant I didn’t even know existed but I attended my very first lacrosse game. Our local National Lacrosse League team, the Calgary Roughnecks were having a season opener so Stacey had some other promotional tickets as well. Before the game we joined her friends at Atlas because it was one of their favourite restaurants.

We were seated right away as they had called ahead to make reservations. I was surprised because this doesn’t really look like the place you would need reservations for but eventually the tables filled up and the place became quite full. Our server explained a bit of the menu to us, urging us first timers to stick with the kabobs, meaning koobideh (ground beef), barg (beef striploin), and joojeh (chicken). My new friends ordered the platter for two which came with a huge amount of saffron rice, two koobideh, and one each of barg and joojeh. They definitely ended up taking some home. 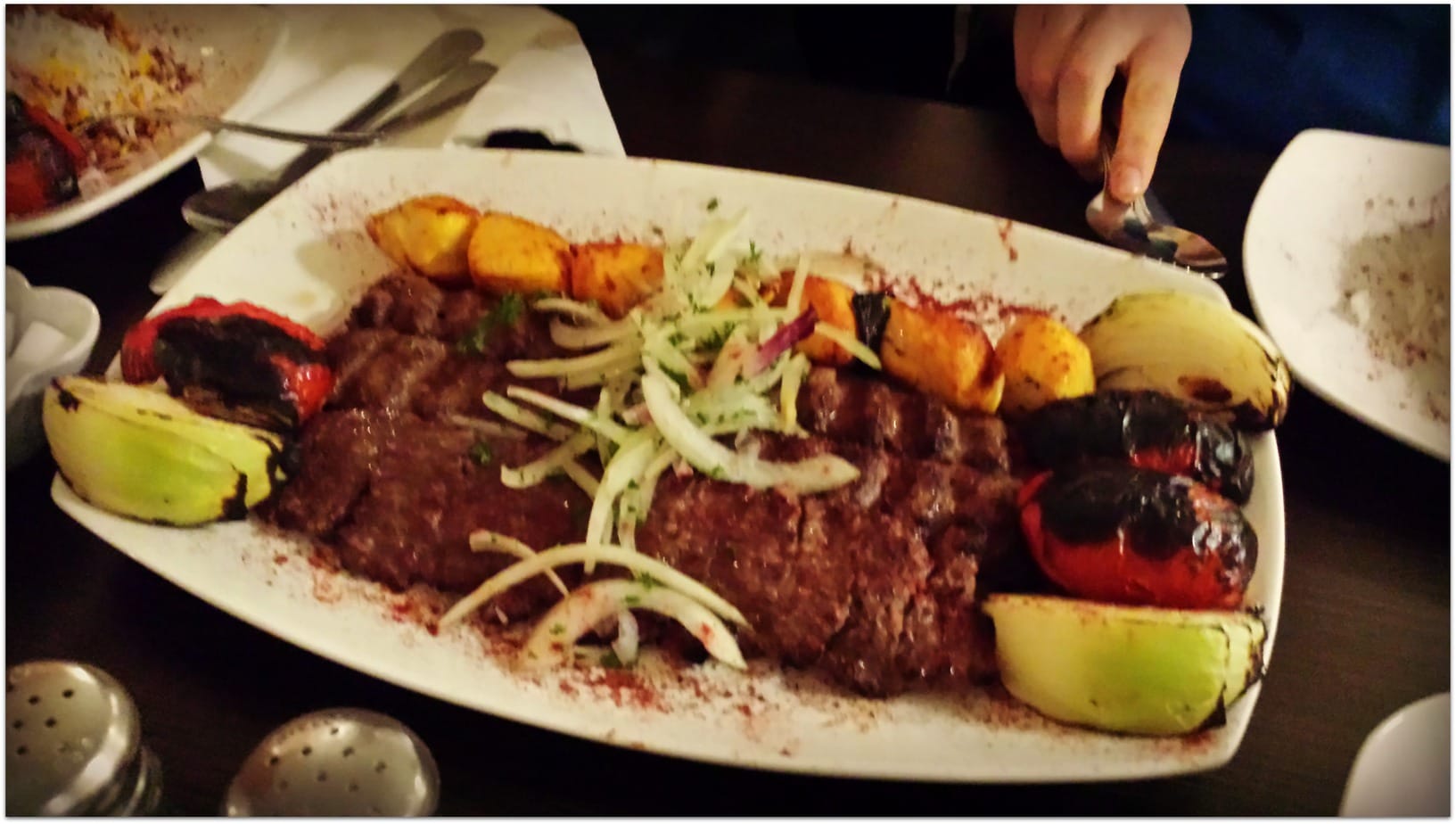 My friend Stacey got the joojeh and koobideh Chef Combo. It came with the usual rice, charred tomatoes, and onions. I have to point out here that while the tomatoes are delish, the onions are for the most part very strong and not cooked at all. I didn’t eat mine and I don’t recommend them to anyone (unless you aren’t planning on talking to anyone for the next day or two and really like raw onions). It’s a good thing Stacey took a good picture of her meal because not many of mine were visually appealing. 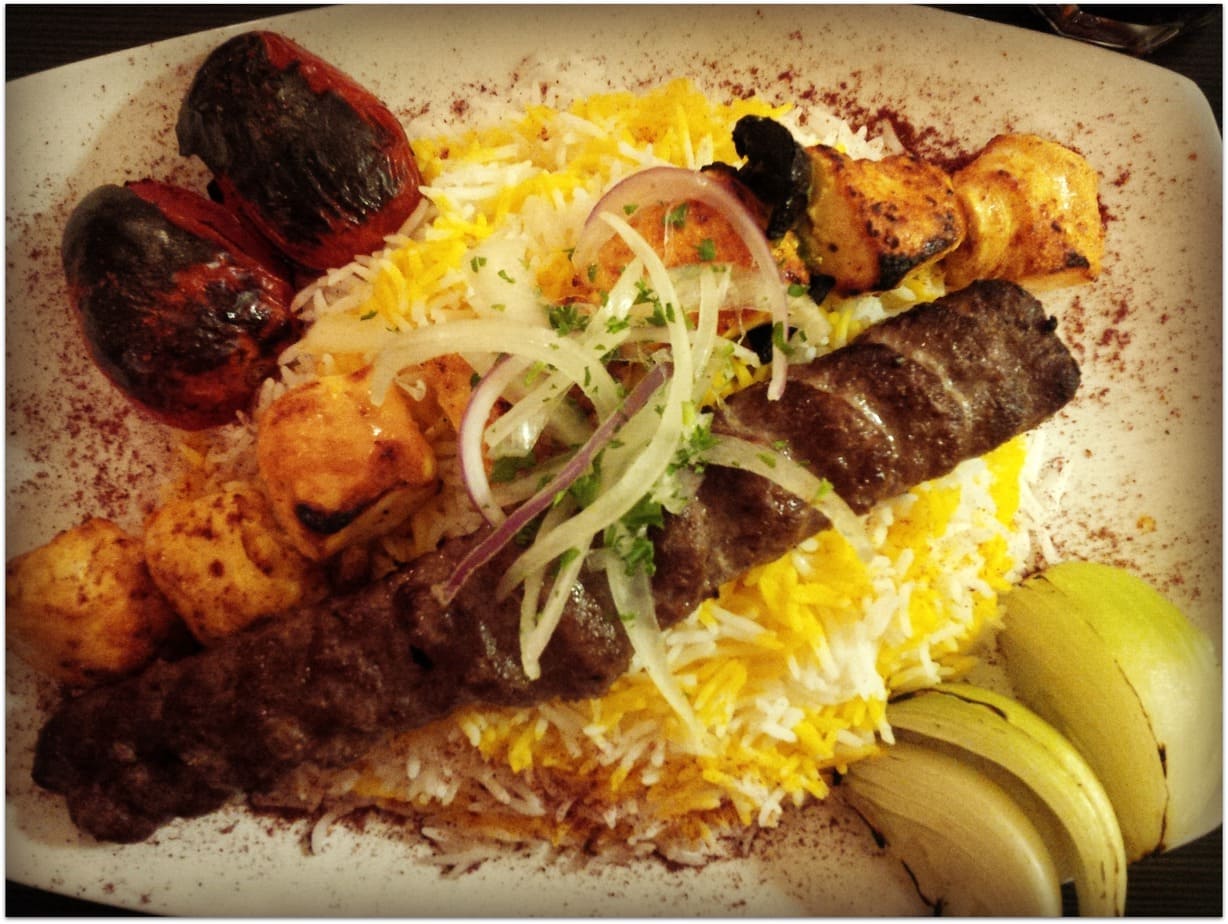 And of course I chose to ignore the servers suggestion to K.I.S.S. I ordered a Fesenjoon Khoresht. It is a dark stew made of slow cooked walnuts, pomegranate paste, and chicken. I have to say it’s not very appetizing to look at but it was really quite tasty and sweet. Okay, well it was a bit odd but that’s what I get for being different. 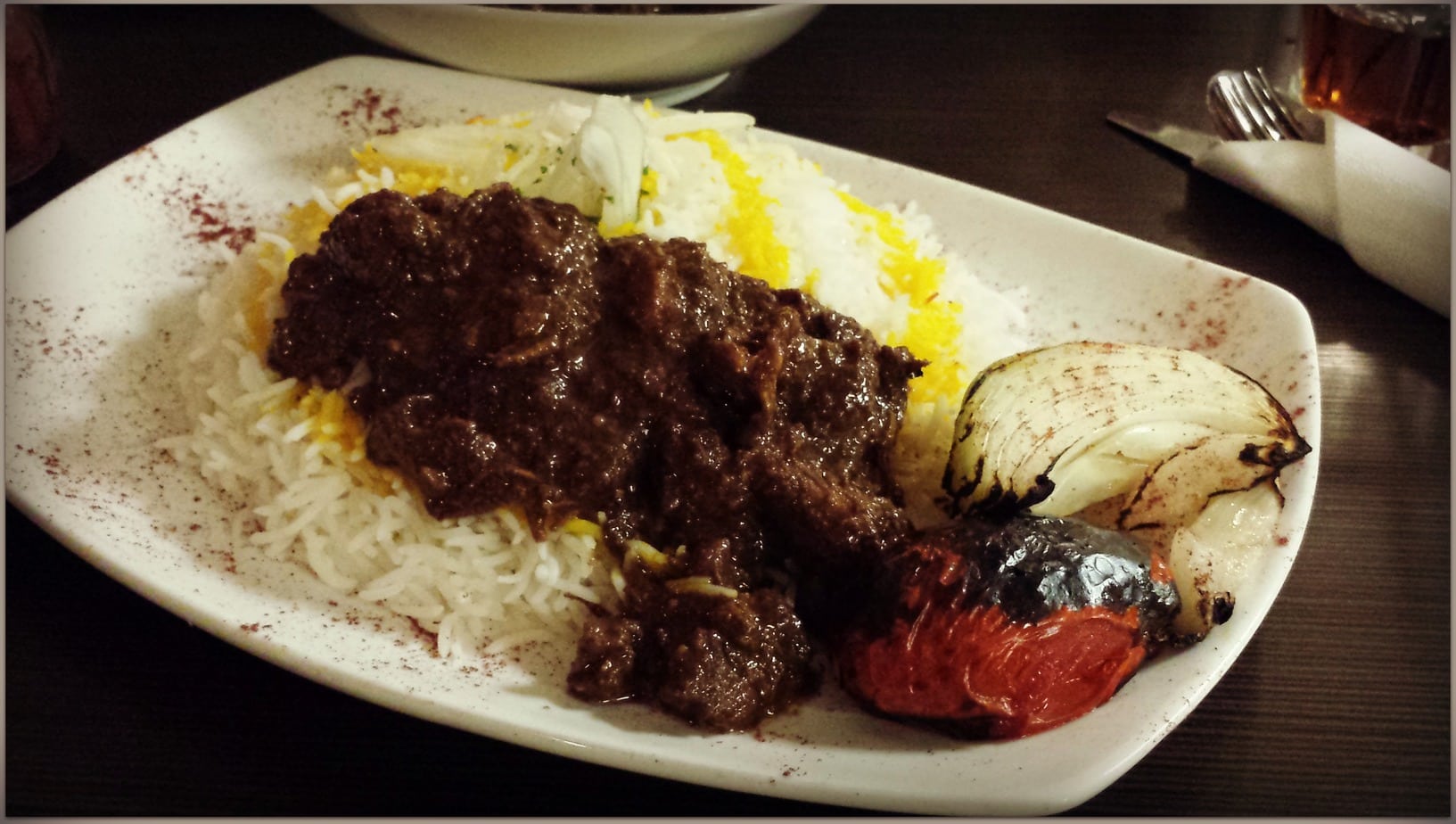 I liked the place so much that I knew I wanted to bring the family here soon. Funny enough, I got that opportunity this last weekend. Instead of being adventurous I stuck to the koobideh. The Kia Combo comes with three skewers of koobideh on the bed of rice. I ordered an extra skewer of koobideh as there were four of us. When they ask you if you want more rice, just say no. This ‘one portion’ of rice was good for all four of us and we had skipped lunch. We also ordered a basket of pita, some hommos, and the Greek salad. It was all so good that I wished I had ordered it the first time I visited. Everyone agreed that the hommos (hummous) was the best they had ever eaten. They all thought I was really nuts when I covered my food in sumac but towards the end of the meal they were all doing it too. 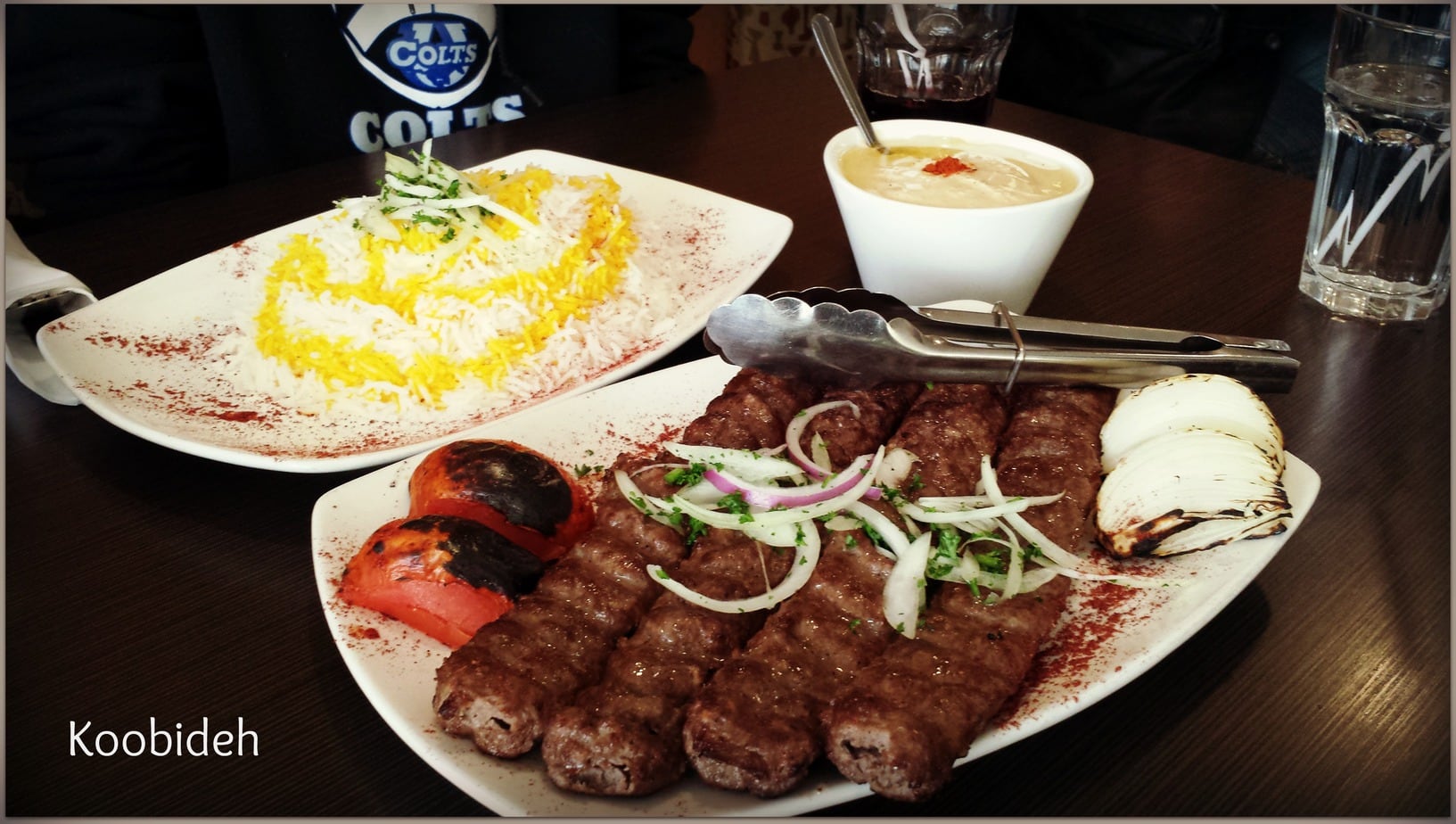 At both visits I had the Persian tea, which is quite nice and goes well with the meal. Kid number one had the sour cherry drink which he really enjoyed.

As the name suggests, you can also buy some Persian grocery goods here such as spices, teas, and other items. They also sell the flat metal skewers that are used for the kabobs. Come summer time I think I’ll be using mine more often!

FRESH Dinner at Market in Support of Grow Calgary