This weekend we took advantage of the gorgeous weather and got out of the city.  We decided a road trip to Banff was in order as it would a)allow us to take the dogs out for a good romp in the woods b)allow me to find several geocaches and most importantly c)allow the kids to visit Beaver Tails on main street.

If you are  Canadian or a John Pinette fan (or both) you may already know about Beaver Tails. If you are neither of these, you need to know that Beaver Tails are delicious fried flat slabs of dough. You can have them plain, but why would you? I like mine topped with cinnamon, sugar and lemon juice. 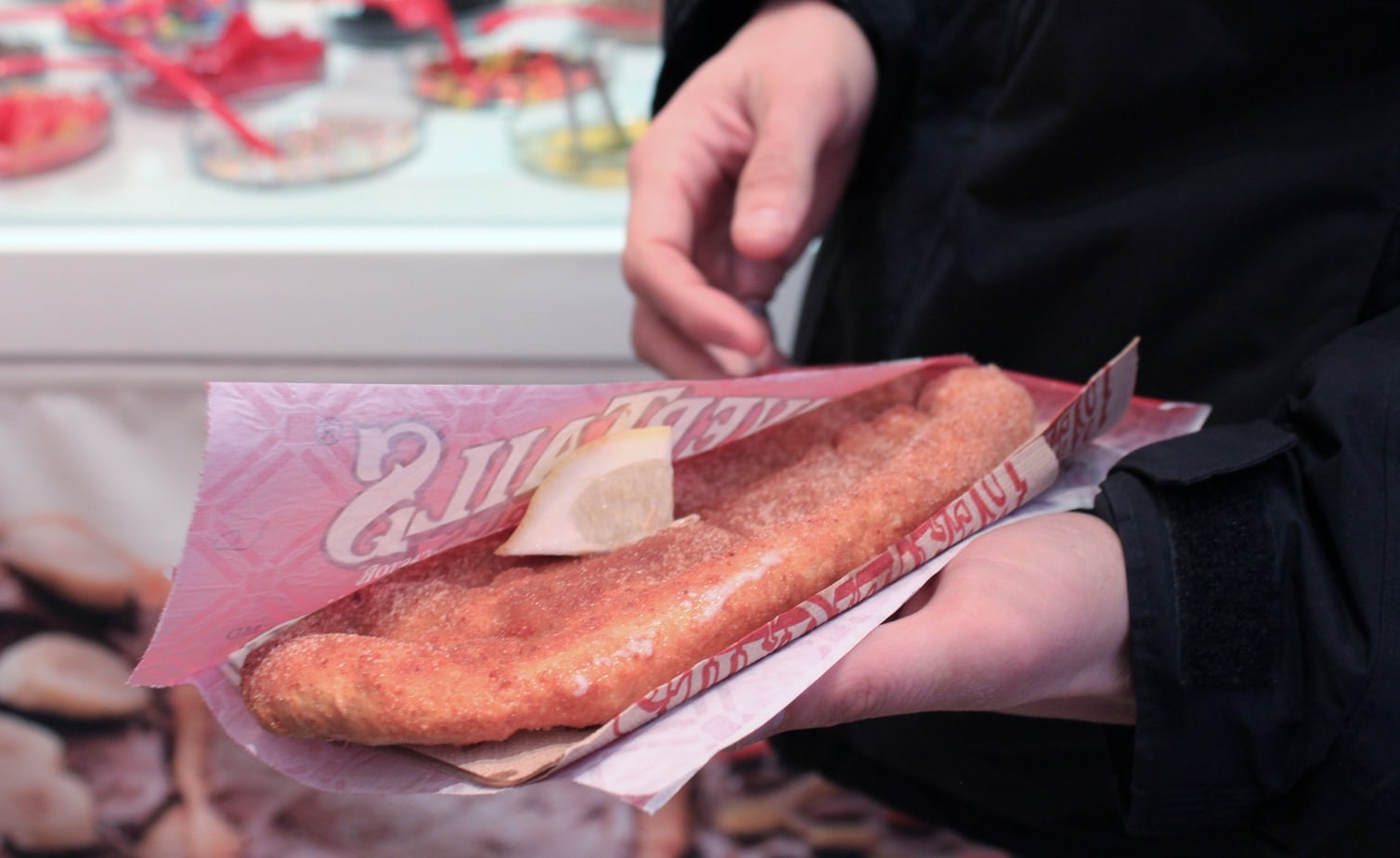 Kid number two likes the simple things in life as well, as she chose cinnamon and sugar. 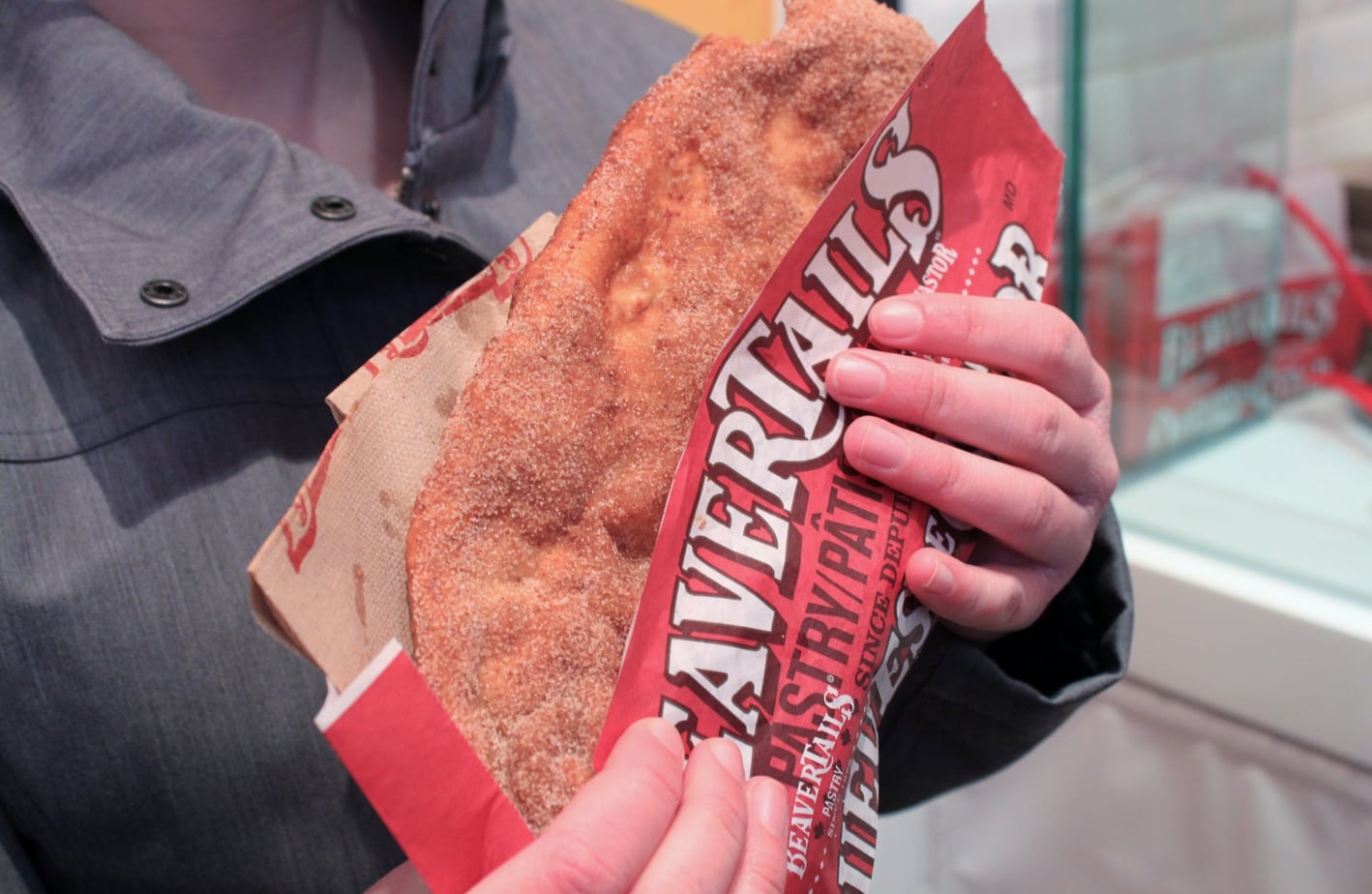 Hubby went a bit fancier with  the cinnamon and sugar theme. He added apples to his. I think it is basically apple pie filling… 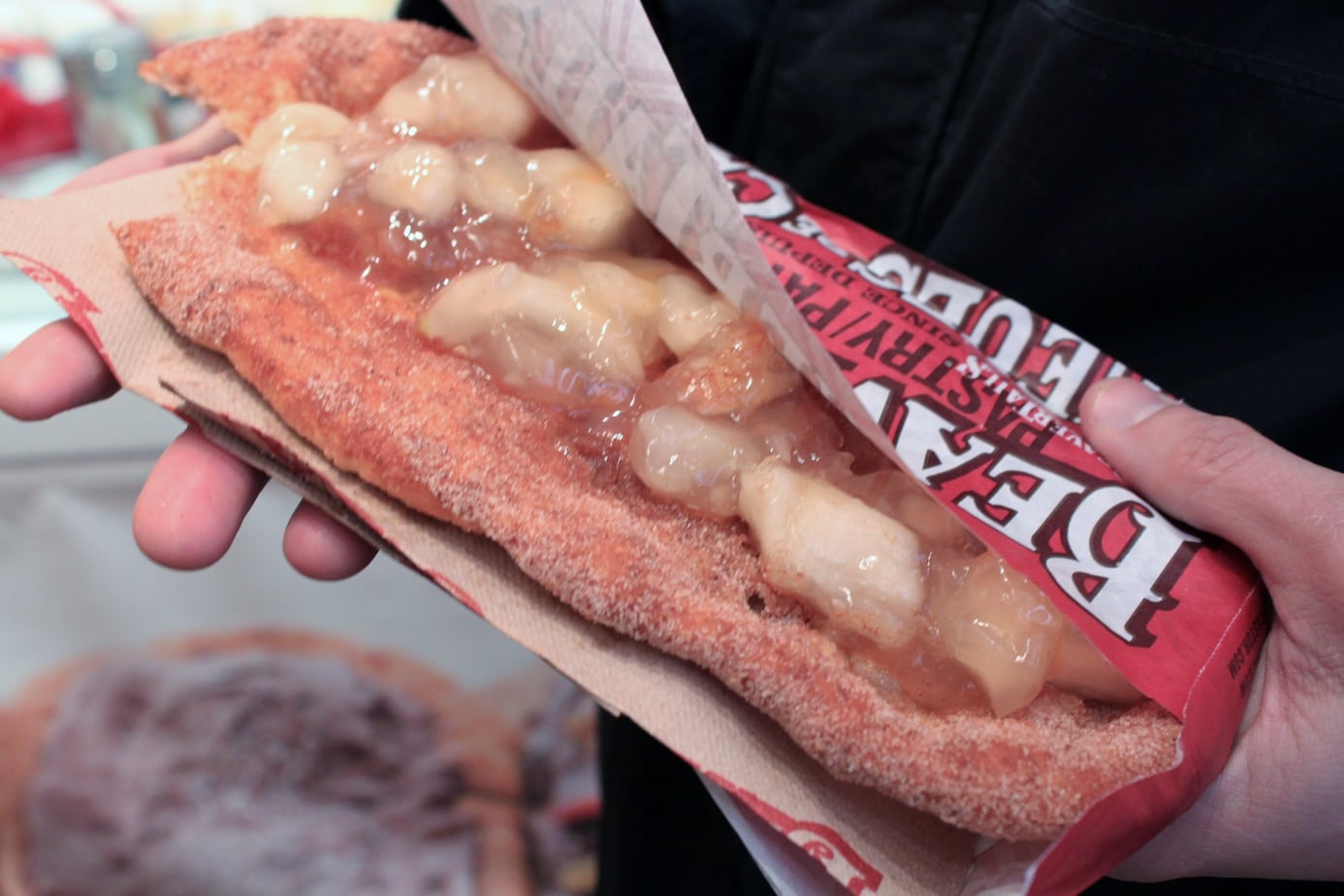 I’ve saved the best Beaver Tail for last. Kid number one decided he wanted to go all out. He had the skor cheesecake Beaver Tail. The server slathered on a cream cheese icing and then added skor bits on top. I got a sugar rush from just one bite of this bad boy! Afterwards, I noticed that the dough was ‘whole grain’ so I was able to console myself that maybe the Beaver Tails weren’t so bad for us after all. 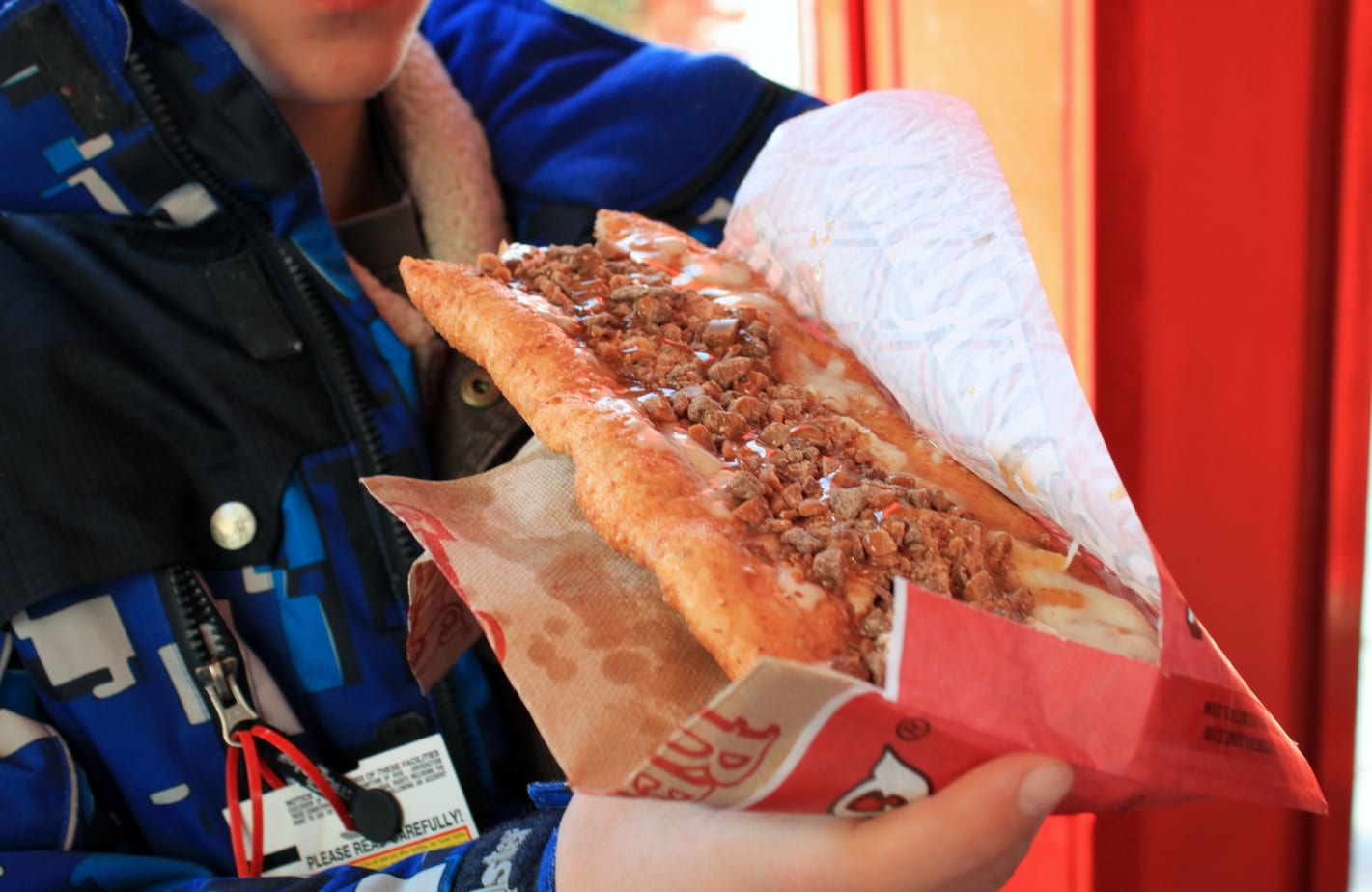 Side note: Real beaver tails are not as delicious as this deep fried bunch. They are mostly made of fat and gristle which as you can imagine is not palatable at all. True Story.