Beef and Mushroom Stew with Ciabatta

Sometimes when I know I’m going to be busy cooking all day I try to fix dinner and let it cook all day long in the slow cooker. There’s a lot of up front work, but then I can clean up and do other more fun things.  I had some stew beef in the freezer and thoughts stewed away in my mind. Checking off the combination of possible ingredients in my head, I realized that I had both dried mushrooms and a large package of mixed, gorgeous mushrooms I had picked up from Costco. Onions and garlic, check. Carrots, parsnips, potatoes; check! Diced tomatoes that needed to be used up…check!  Recipe? hmmm. Seems the slow cooker book that I used when the kids were small and which held ‘THE stew recipe’ was not to be found. Another book casualty of our move overseas.  I thought for a while and realized that I had made this stew so many times that I could just wing it.  First up flour, salt and pepper, oregano and basil go into a large bag. Drop several groups of the beef chunks in and shake to coat. Brown them in groups in a pan. Meanwhile soak the dried mushrooms in boiling water, then roughly chop the mushrooms carrots and other vegetables and throw them in the cooker. Mince the garlic, add a couple of rounds of red wine and about a cup of beef stock. Throw in the tomatoes and mushrooms with their water. Season, and add some parsley. 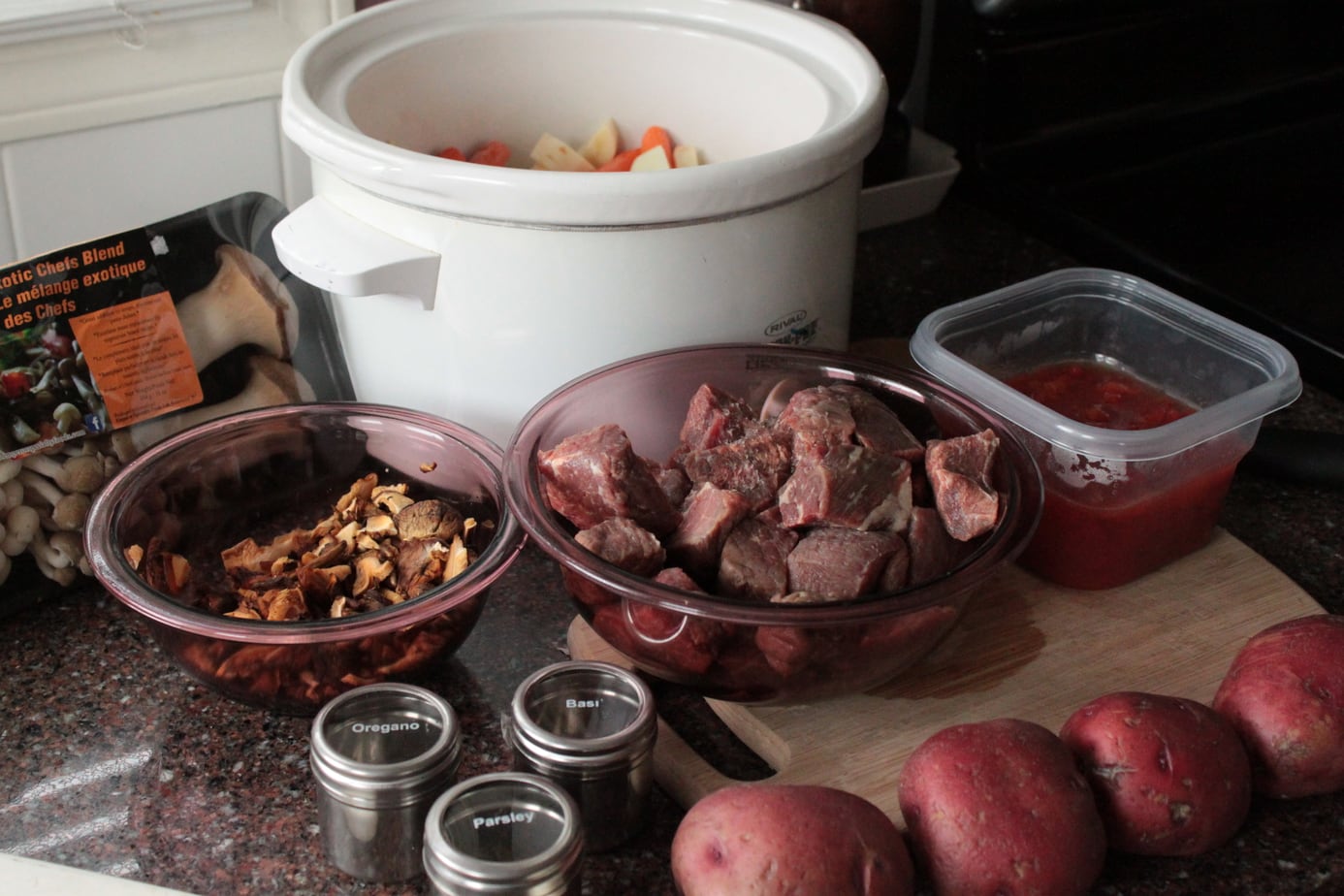 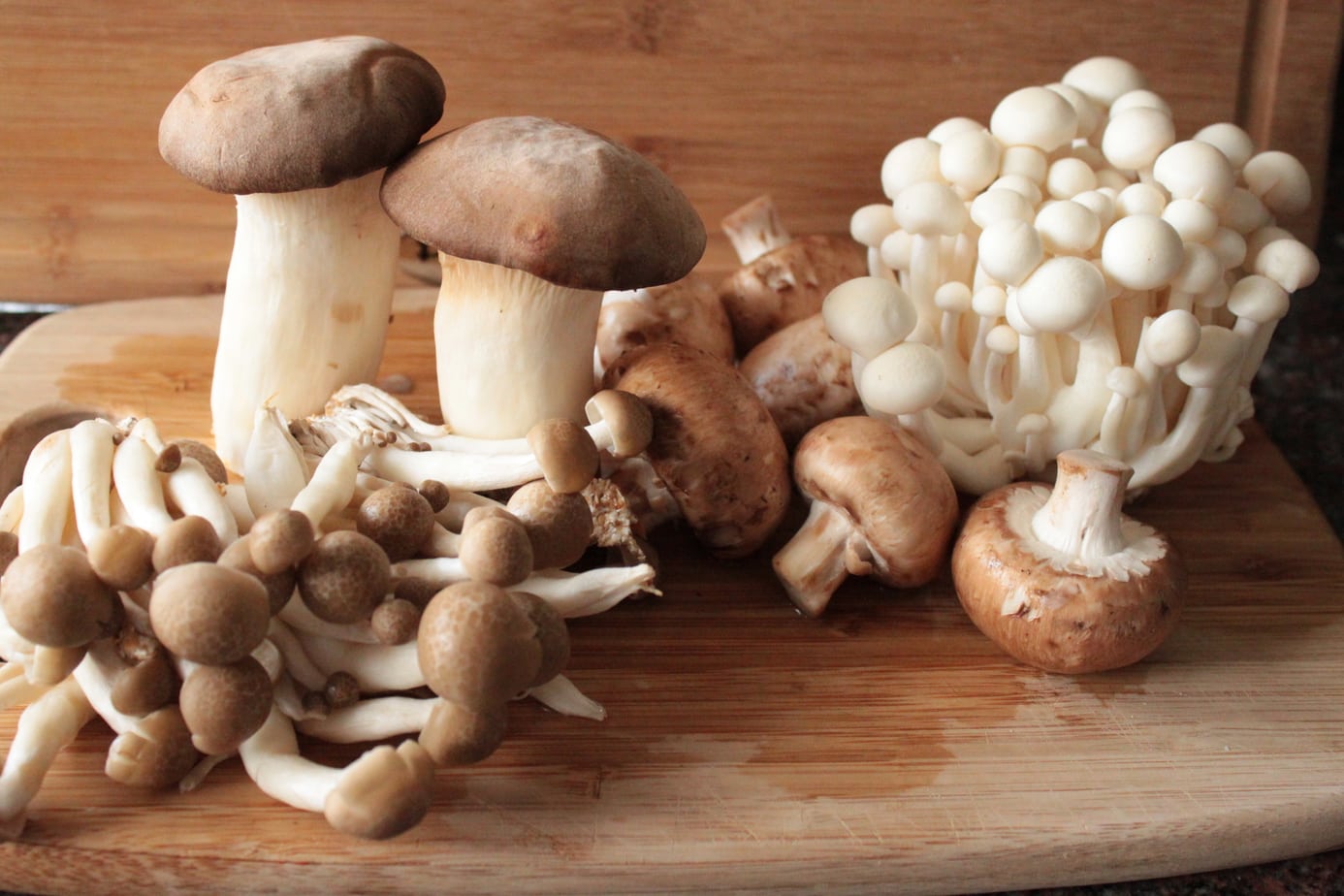 I always wait to put in the potatoes until last so they don’t change colour. Unfortunately, most of the time there is no room left! I set them aside and thought I might make a mash later on.

I cooked this gorgeous concoction for about eight hours. With 1 1/2 hours to go I got the yeast proofing in some warm water and set about making the ciabatta by hand (not machine like in the recipe).  About halfway through the dry ingredients I realized that I would not have enough flour to make up the 3 1/4 cups needed.  Thankfully I had just enough whole wheat flour to make up for the difference. The dough was still a bit sticky so I had to throw in some semolina pasta flour while I was kneading. So, three flours later…I had a ciabatta dough to let rise. I halved the dough in the bowl, covered with a cloth and let it rise for 40 minutes. After, I flattened each ball on a baking sheet and let them rise again for about 20 minutes. Before baking, I made holes with my fingertips and drizzled olive oil, sea salt and a bit of balsamic salt on top. After 25 minutes at 425F the tops were golden and they sounded hollow. I sprinkled some grated Parmesan on top and put the breads  back in the oven for a bit to melt the cheese. By then, it was dark and we were all crazy hungry so this was the best photo I could muster of the Beef and Mushroom Stew with Ciabatta. 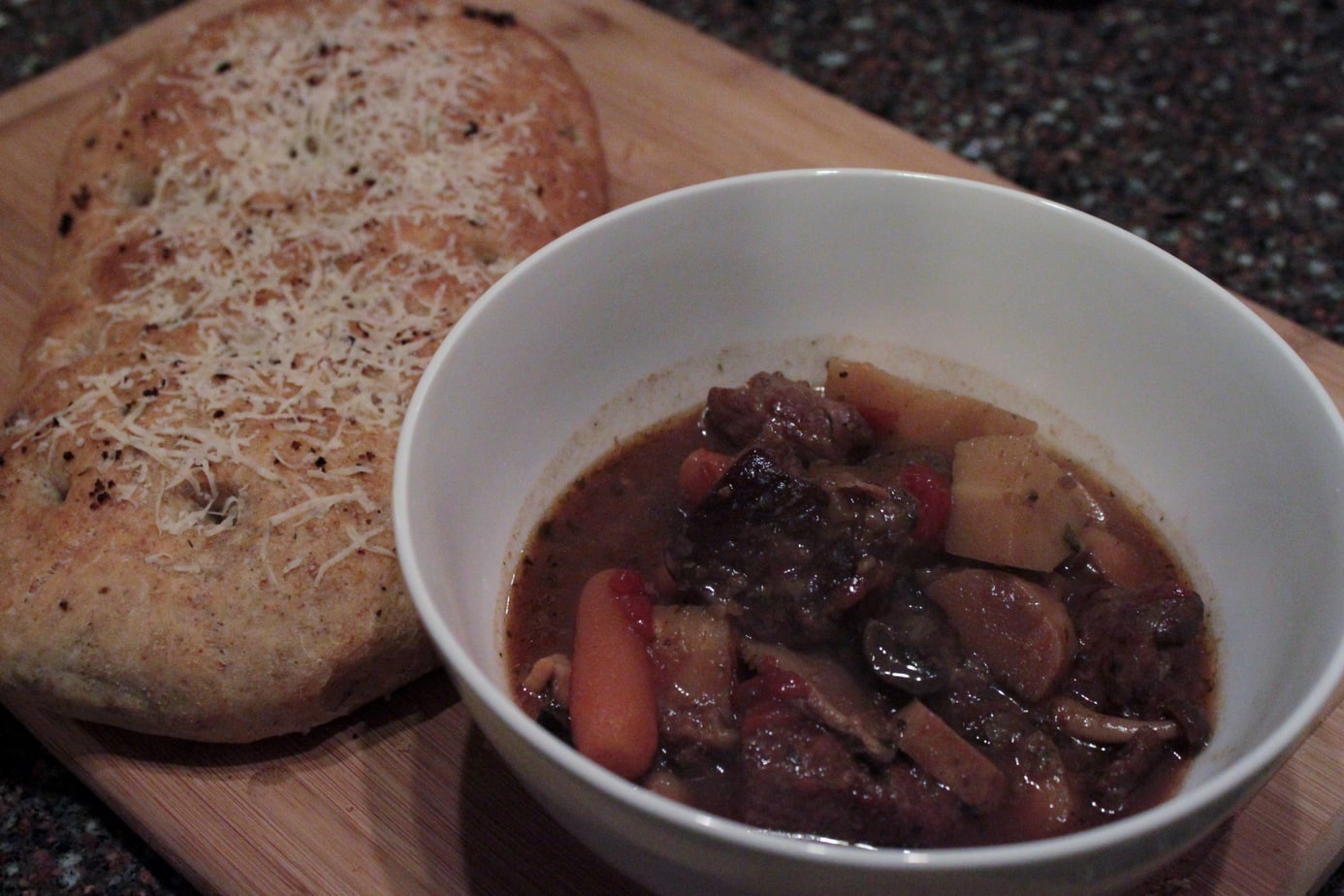