I don’t know what came over me the other day as I roamed the aisles of Costco. Maybe you can empathize with me. Just think, you’re in Costco and huge bulk quantities of various foods are just waiting to be taken home. Do you really need that case of oranges? Are you going to use up that 4lb bag of sweet onions before they start growing legs and walking away? In my case the answer is always a resounding but optimistic ‘yes!’.  So, I hoisted the huge bag of onions into my cart and started thinking about what I could do to those onions…the short answer to this is ‘hey, why don’t I get a huge package of stew beef and another of mushrooms and make pies?’ 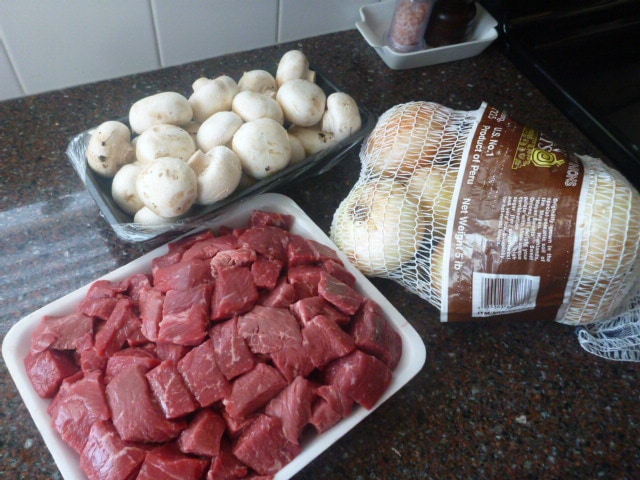 Of course making that amount of pies post-Costco binge became a daunting task rather quickly. So this morning I woke up all refreshed and turned the food network on whilst I finished last nights dishes (ooooh, maybe you don’t want to know that is a dirty habit of mine). As I washed up, the sexy lull of Jamie Oliver’s voice began to wrap itself around my brain and I knew that today was the day to make those pies. It’s funny how JO can make cooking look so easy and effortless…in no time at all I was sure I would have some lovely beef pies sitting out cooling on my counter.

I started with flouring and browning off the stew beef. Halfway through, JO was gone and my pie making suddenly became a chore. I couldn’t believe he could have worked me up into such a pie making frenzy and then left me all by myself with more beef to brown, onions to caramelize, and mushrooms to wash and chop. I plodded on with some other Food Network nonsense in the back ground and an hour later I had enough beef, mushrooms, and onions to fill my slow cooker and braiser. 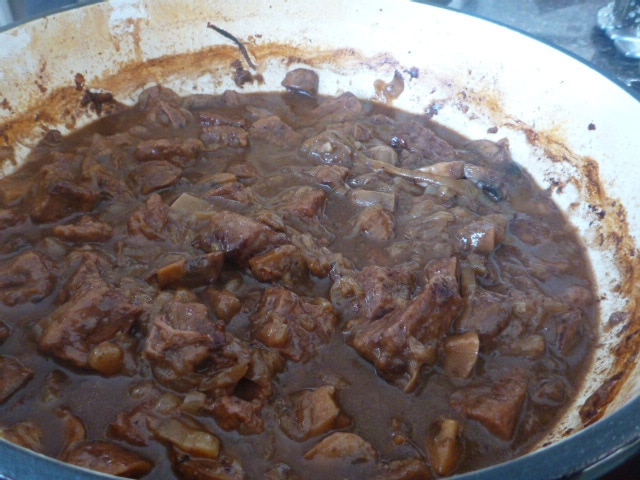 I used that time to make two batches of pastry dough and let them rest in the fridge until it was time to make dinner. The flaky pastry recipe (page 19) that I used was from ‘PIE‘ by Angela Boggiano. The recipe suggests freezing your butter for 20 minutes and quickly grating it with a cheese grater into the flour. I thought this method worked really well though I really had to be fast with the grating so my fingers wouldn’t get all greasy and end up grated as well. 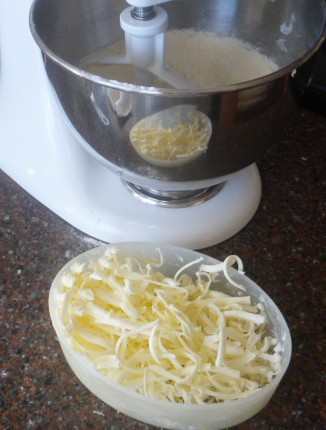 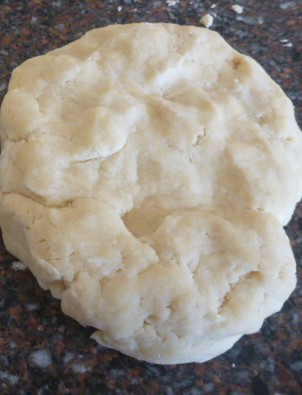 After an hour or so the filling was cool enough and the pastry had rested enough and so it was time to roll it out to make the pies. This is my least favourite part of making pies. I can never seem to get that dough thin enough or the right size for the pie pans. My pies are definitely not pretty but they are tasty and I guess that is what matters! 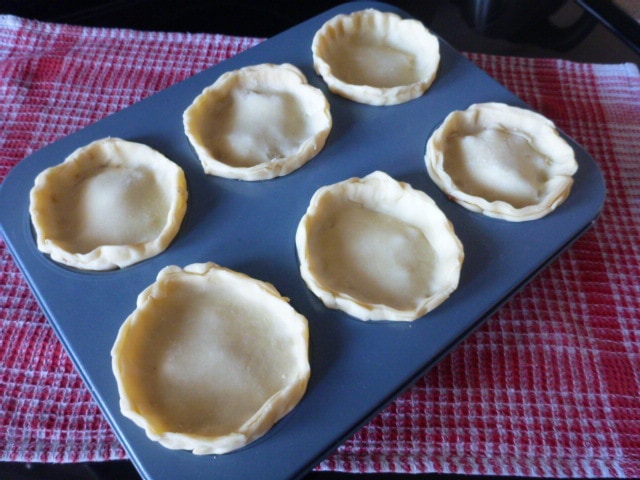 And after an egg wash and some baking, things are smelling (and looking) pretty good! 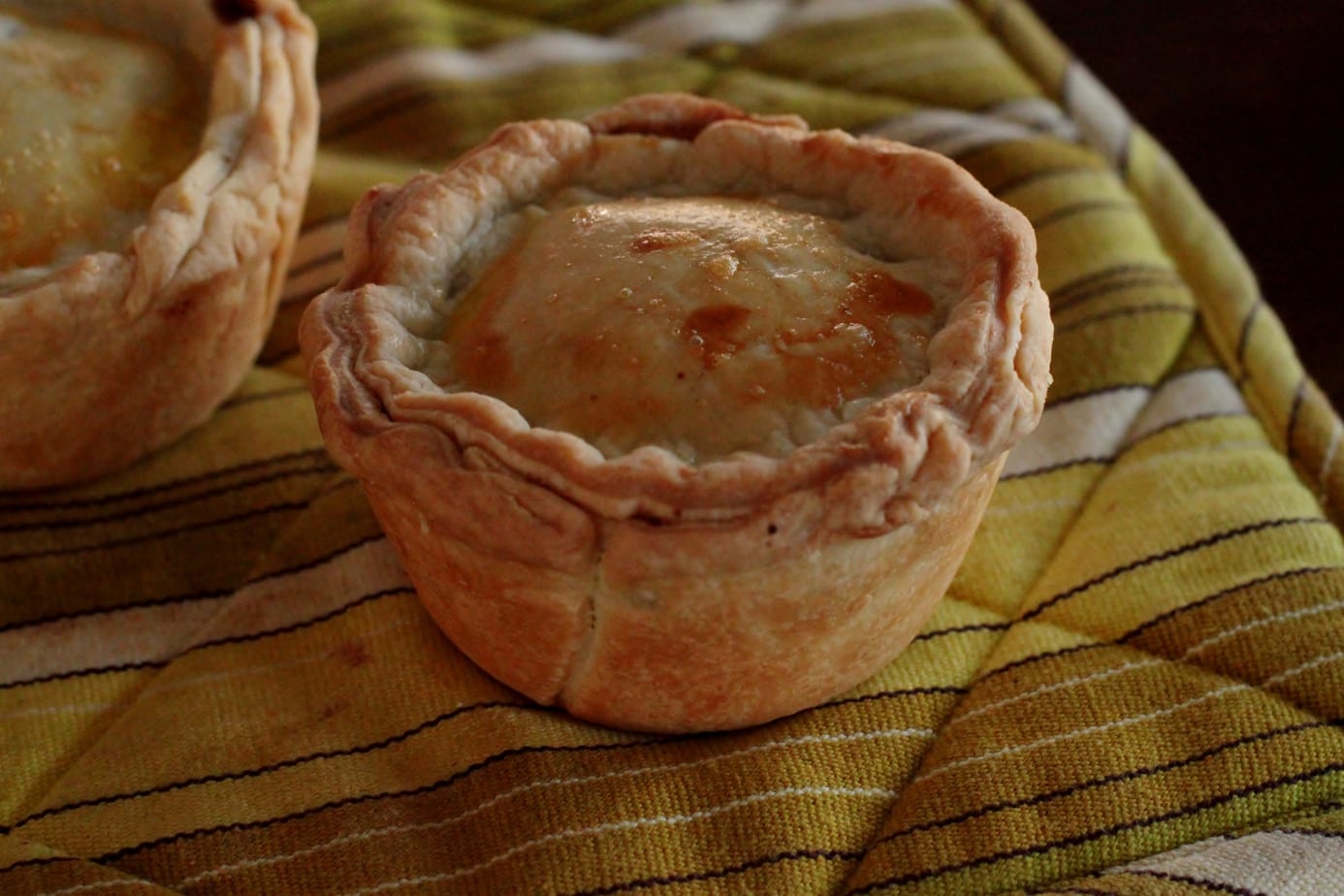 And one more gratuitous shot with the cook book. 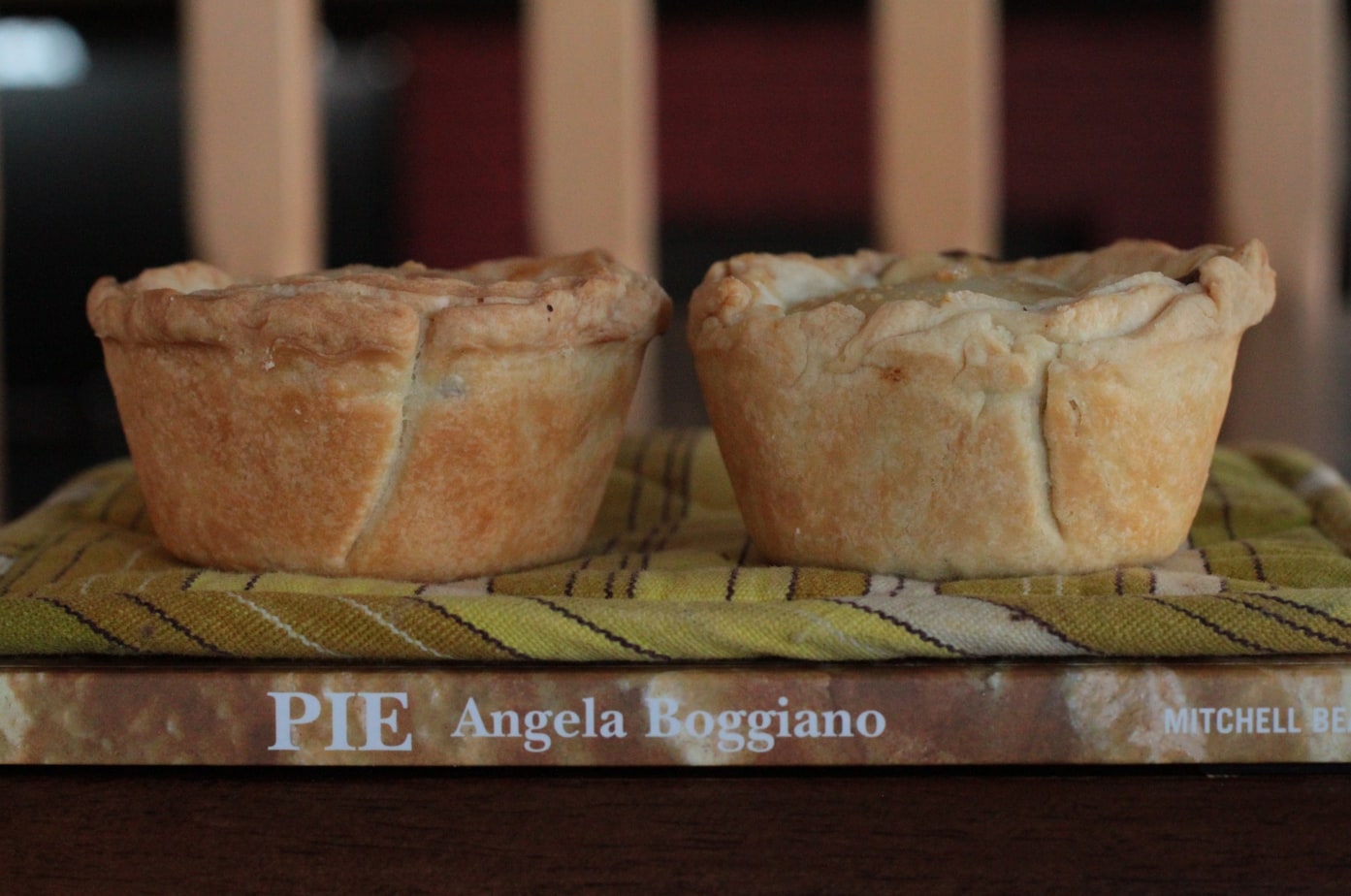