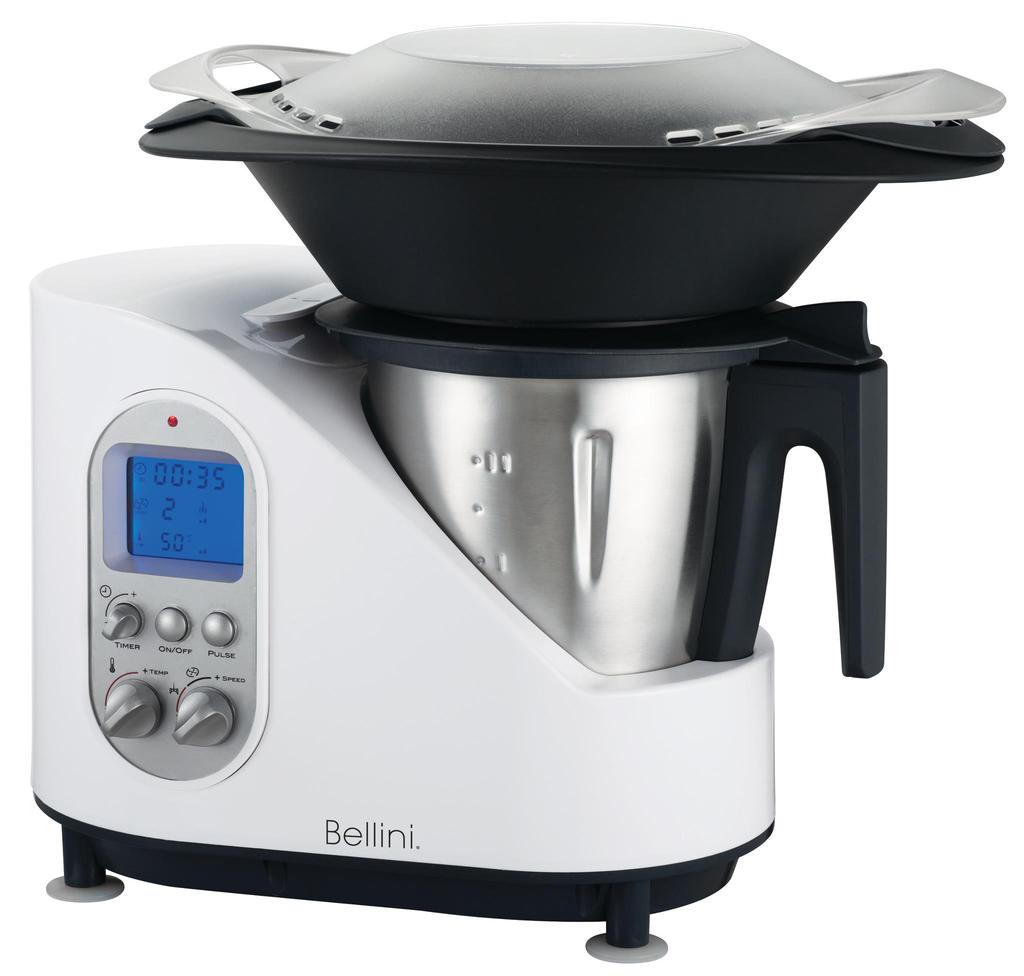 The Modern kitchen contains many gadgets to make life easier and prepare the family dinner quicker. KitchenAid mixers to whip cream and cake batters into submission and blenders to whip up that morning smoothie. Slow cookers for healthy meals after a long day and rice cookers for that perfect single grain steam. The list goes on…but ultimately ends with the Bellini Kitchen Master.

We are heading into the autumn season, time of falling leaves, cooler temperatures and abundant produce just waiting to be preserved for the long winter. This year I have gone mad for making jelly. So far I’ve put up several dozen little jars of ruby filled bliss in Nanking Cherry, Earl Grey Apple, and Coronation Grape flavours.  They’ve all turned out much nicer than the jams that I’ve attempted this year and I don’t know why. Perhaps I’ve payed more attention while attempting something new. I’m just not sure. What I do know is that the method I used is still the same one my grandmother used. It seems for that for jelly making there really is no short cut or easy way out. Enter the Bellini Kitchen Master. Could it possibly be the ‘next generation’ tool of jam makers?  This large, kitchen counter dominating machine claims to cover a wide range of kitchen duties including steaming, blending, slow cooking, kneading, grating, milling, and of course cooking. If it can do all of that then it definitely deserves the space it takes up on the counter!  If I ever get my hands on one, making jam will be at the top of my ‘to try’ list.

Next on the ‘to try’ list; Soups.  Here is a great ‘kitchen appliance fail’ story….one that could definitely have been avoided if I had been using the Bellini Kitchen Master. I swear this is true and it happened last night as I was making my very first Autumn inspired Carrot and Curry soup. I started by sweating onions, leeks, and a shallot in a soup pot and then added the curry powder and chopped carrots. I added stock and let the soup simmer for a while until the carrots were soft. I dug the blender out from way back in the bottom cupboard and proceeded to blend the hot, steaming soup cup by cup until I thought I had blended all the chunks into a smooth soup. This is the part where soup making becomes NOT FUN anymore. By the time I was finished a half an hour later, there was carrot soup all over and there were STILL chunks in my soup. Normally I would have used an immersion stick blender to do this job in under five minutes, but the one I currently own is dull and useless. Using a blender is less than ideal because hot liquids give off hot steam and if you fill the jar too full it explodes hitting you in the face with steaming hot soup. Enter the Bellini Kitchen Master to the rescue. I think making soup would be much less work as the soup is blended in the same pot it is made and it would be safer too. I am definitely interested in having less steaming soup landing on my face as well as producing a much smoother textured soup.

So those are maybe some obvious uses for the Bellini Kitchen Master. In addition, I’m really keen to try making hollandaise for our weekend Eggs Benny, risotto, curries, and mashed potatoes. I find making custard and lemon curd quite fiddly on the stove top and if this machine can simplify those recipes my family will certainly be eternally grateful. Our children’s busy schedule often dictates we eat a fast, less than delicious, unhealthy dinner at a late hour. I think having the Bellini make dinner while I’m playing ‘taxi mom’ would greatly improve our health and bank account.

Food Bloggers of Canada has teamed up with Cedarlane Culinary to give five food bloggers the opportunity to try out (and even win!) a Bellini Kitchen Master. Wow! I’m thinking that would give me the opportunity to finally throw out that useless immersion blender and heal the soup burns on my face…

What would be the first thing on your ‘to try’ list if you had a Bellini Kitchen Master?