It’s no secret that I love a good food festival (the bigger the better!) so I was pretty excited to hear about Banff becoming the next stop on the Cochon555 circuit. This is HUGE news for our premiere mountain town and for Alberta as well because Cochon555 is the FIRST Canadian destination for this dramatic food festival. Previous stops on the Cochon555 circuit have included New York, San Francisco, Chicago, Los Angeles, and Dallas with two more (in Minneapolis and Seattle) before the festival hits Banff on April 28. Each event is a mini competition with the finale, the Grand Cochon, being held in Chicago on September 30.

Banff brings the excitement of COCHON555 to Western Canada — pairing food lovers, local producers, chefs and judges with one of North America’s most important culinary gatherings — with its setting, venues and warm hospitality.

Cochon555 is exactly what it’s name implies…5 pigs, 5 chefs, and 5 winemakers celebrating the humble pig. Each chef is given an ethically sourced heritage pig from a local farmer specializing in heritage breeds. Throughout this 3 hour epic nose to tail competition, over 1500 kilograms of pork and over 35 courses will be served by the local chefs.

Run of Events
● One week prior to the event, chefs receive a 200-pound heritage breed pig to prep and cook.
● Hundreds of guests along an expert panel of judges will determine the winner, based on their
whole pig cookery skills .
● Guests will enjoy fare by other local chefs paired with boutique distillers, artisan winemakers and
brewers.
● The chef’s “Judge’s Plate” is scored for use, method and overall flavor.
● Guests vote for the “best bite of the day”.
● The winning “Prince or Princess of Pork” in Banff advances to the North American finale, Grand
Cochon: a head-to-tail, winner-takes-all showdown for the crown in Chicago on September 30.

The participating Chefs are:

They are paired with these farmers (in order): 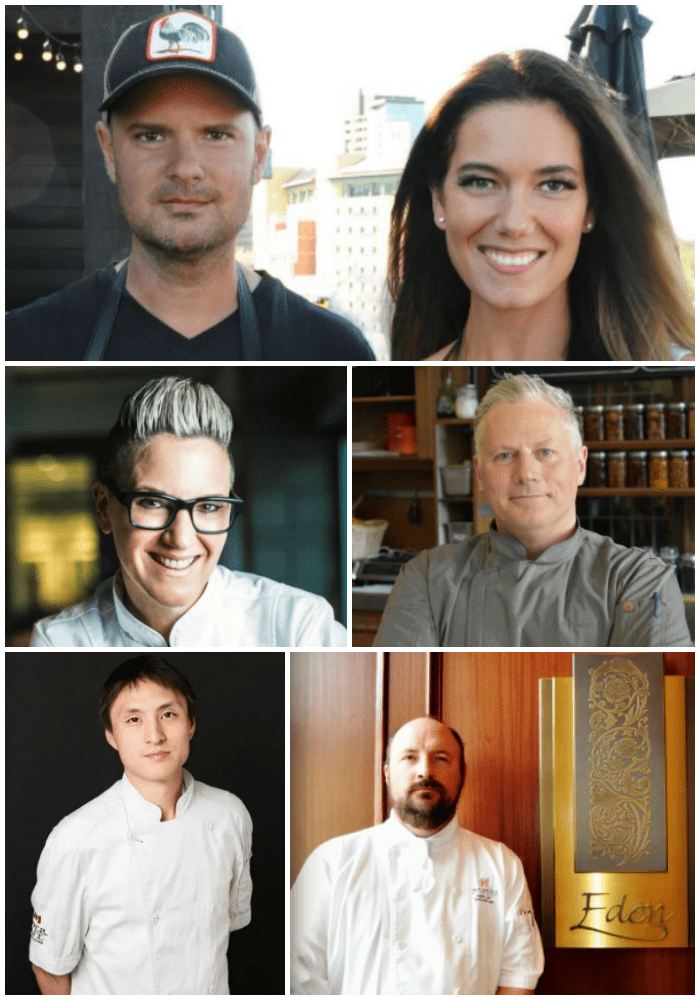 There’s So Much to See and Do!

Besides the tasty treats and sensational sips, guests are invited to learn more about Heritage breeds and local farming practices. Running in tandem are two satellite beverage competitions to complement the whole-animal competition. They feature local bartenders and sommeliers: Punch Kings is a whole bottle, large-format spirit competition featuring five top barkeeps in a
hand-crafted punch challenge and Somm Smackdown is a face-off of five top sommeliers pairing the best wine with heritage pig.

A portion of all event sales benefit two charities – Piggy Bank and the Banff Food Bank.

Mandela Day at Safari Grill with Vine and Dine