On Sunday we didn’t feel like driving all the way to the down town core, then rushing back for the two o’clock football game but we did feel like having some Dim Sum. Our oldest son had heard that Tai Pan Peking Cuisine was a decent place for Dim Sum and since it was minutes away we decided to give it a try.  Upon our entrance the fact that there was hardly anyone there was probably our first clue as to whether or not the place was good. There were very few tables occupied and very few servers. We were asked if we wanted Dim Sum or buffet and we went for the Dim Sum.

Apparently Tai Pan does Dim Sum different than anyplace else we’ve been…painfully slow. We chose our dishes from a list and the server took it away and brought us a printed out docket.  During the half hour wait, we drained our tea pot and managed to get a hot water refill. We sat there catching up on each other’s week until we realized we were all starving and our food had yet to make an appearance. I got up to check out the buffet and was surprised to see that it contained pretty much everything we had ordered for our Dim Sum. Maybe it was not too late to order the buffet? We were told it was and that the reason the Dim Sum took longer was because all the menu items were steamed fresh (as opposed to sitting out on the buffet line). Ah okay. I took that to be a sign that the food would be top notch.

Our dishes finally arrived, almost all at once. It was a bit annoying and yes, I do know that I am sounding a bit contradictory considering I was just complaining about how long they took to arrive. If you’ve ever had Dim Sum before you know part of the fun is pacing yourself and waiting to see what comes out of the kitchen next. Since there were no carts and you pick what you want off the menu that element of fun is lacking at Tai Pan. I greatly missed the onion cakes, curried octopus and siu mai that we were used to having at Silver Dragon.

I also missed having a glass of water to drink with my lunch.  We did manage to catch the server on her way by and ask for five glasses of water…twice! We eventually ended up with two glasses of water which we shared and refilled ourselves using one of the pitchers of water perched at strategic points around the dining room.   At no time did I see any of them in use,  save for the one we stole and used at our table.

Though the service was really lacking, we did enjoy some of the dishes we ordered: 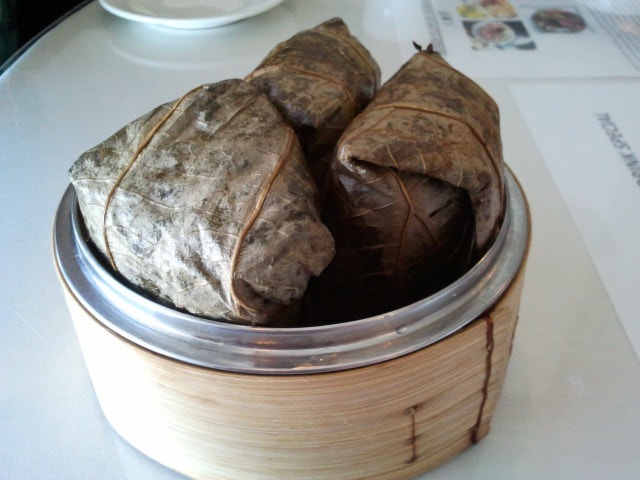 The sticky rice was individually wrapped and had a good amount of ground pork and sausage bits in it. 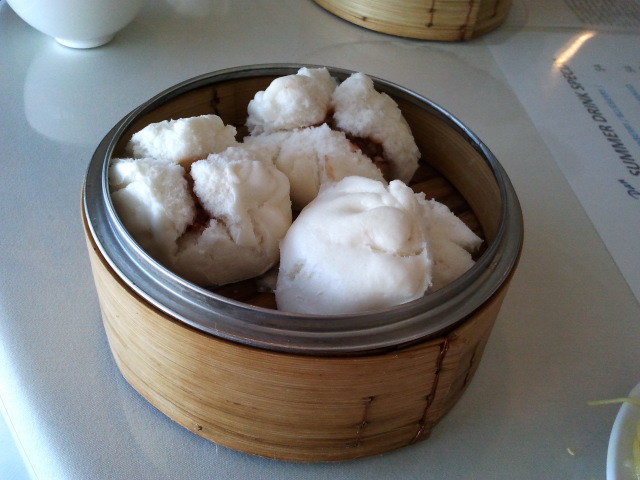 The BBQ Pork Buns were a bit heavy but tasty. 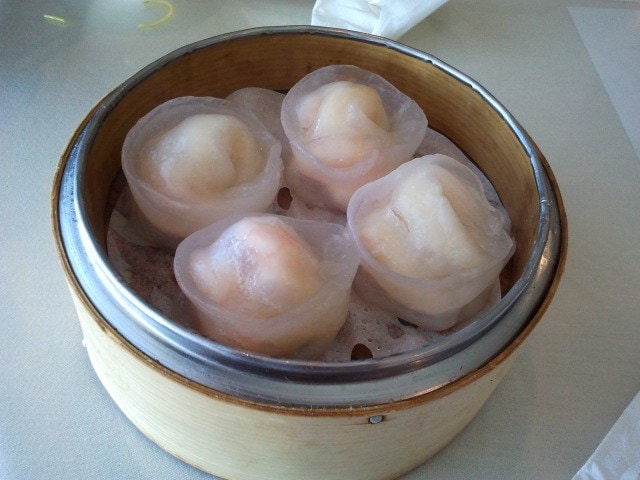 The Prawn and Scallop Dumplings were good. 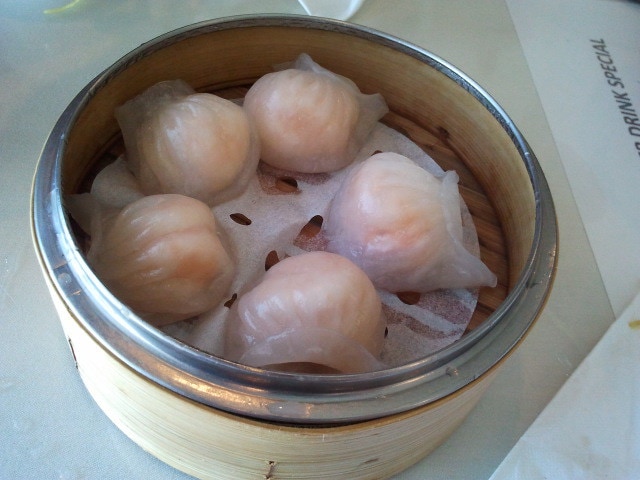 As were the Prawn dumplings. But…we had no condiments on our table at all… 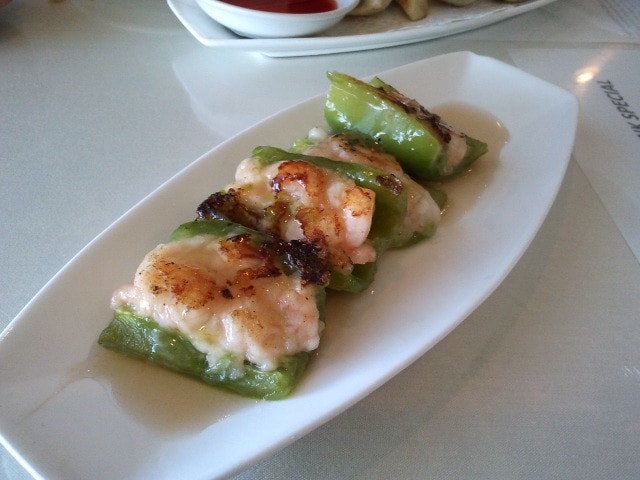 The Green Peppers were definitely past their prime. 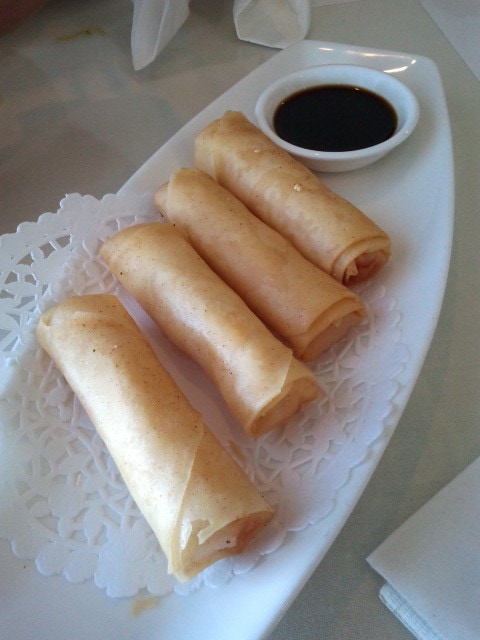 The Prawn Spring Rolls were a favourite at our table. 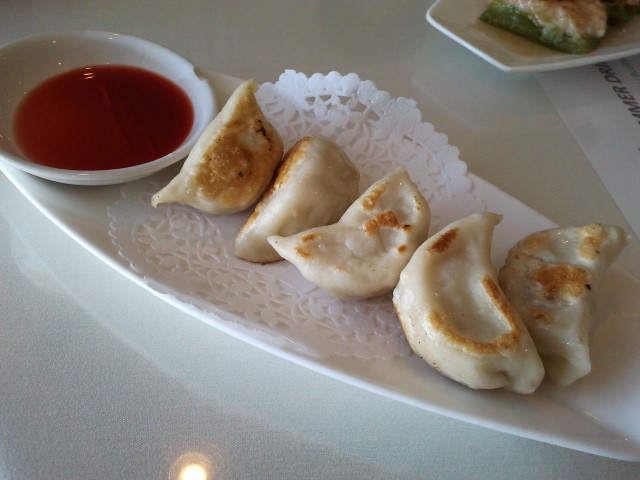 The dumpling filling was good but I couldn’t finish even one. They were REALLY doughy. 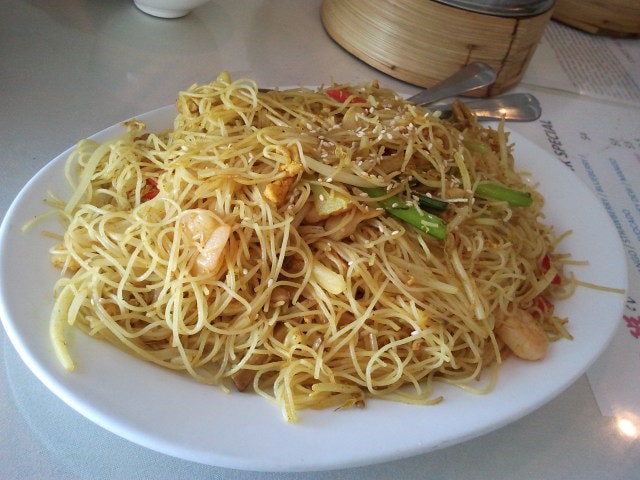 Singapore Fried Noodles: A bit of an odd choice for a Dim Sum menu but the other family favourite.

I don’t think we’ll be going to Tai Pan Peking Cuisine again. While I enjoyed the extra time with the family, the wait was really too long for Dim Sum, the quality was sub-par and the service was really lacking. We’ll be heading down to Silver Dragon for sure next Dim Sum Sunday and PVRing the football game.