There was no school on V-Day this year so my favourite little valentines and I went out for a Groupon enabled special lunch at Famoso Neapolitan Pizzeria in Mackenzie Towne. This was our second visit to this very busy restaurant. It was so busy the first time, hubby was not impressed with the long wait and formed a lasting opinion which negatively impacted future family visits to the establishment. Hence, today it was just me and ‘my funny valentines’ enjoying the delicious  pizza. Service is a little different here and more like what we were used to in Australia. We were shown to our table where the menus are ready and waiting. When you decide what you want, you fill out the form and bring it up to the front counter. You can order your drinks and also pay right away or later from your table if you think you are going to add to your tab throughout your visit. After I had ordered, I took a picture of the authentic bell oven which cooks the rotating pizzas at 900F.  Since the oven is so smoking hot, the pizzas cook in about 90 seconds! 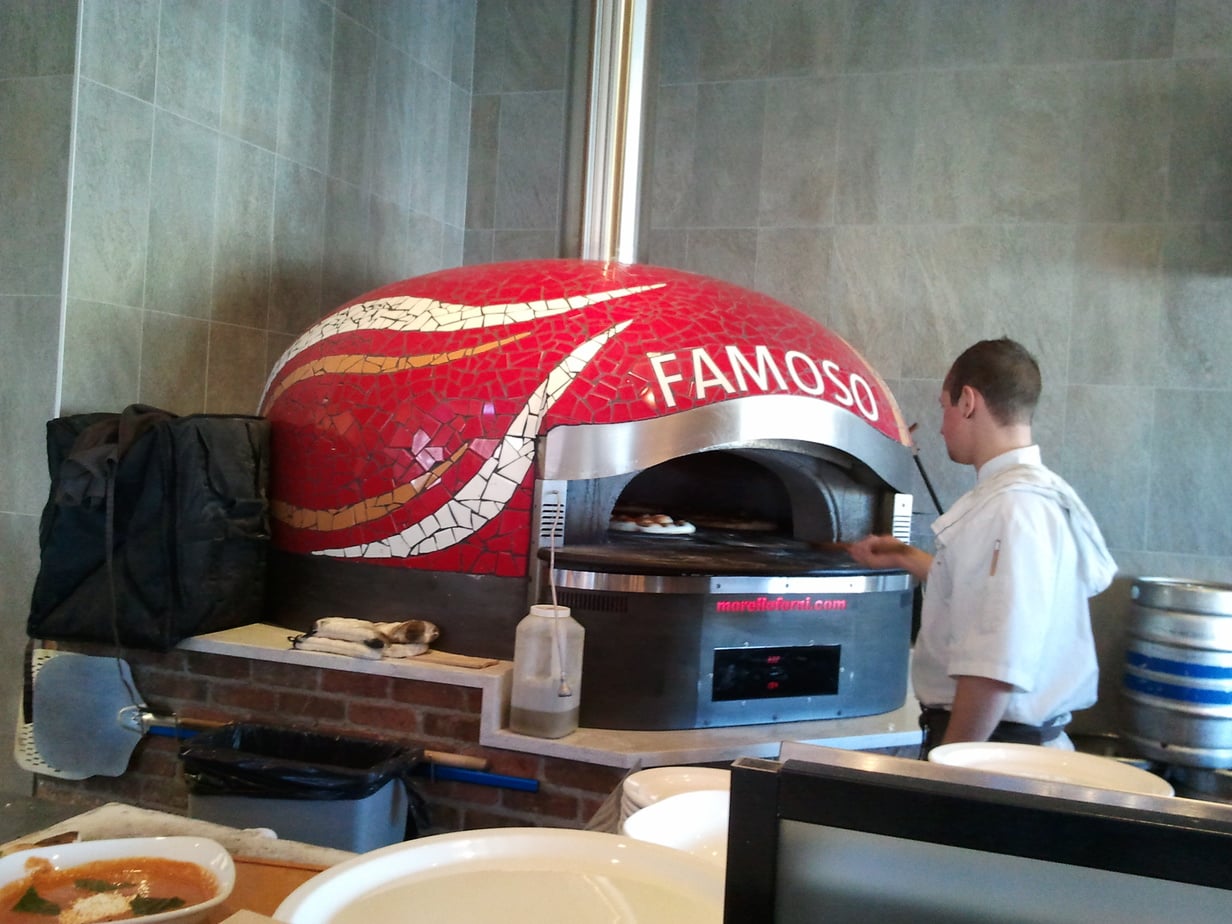 Both kid number two and I decided to order the same thing we had on our first visit partly because we are creatures of habit but mostly because it was soooo freakin’ good! She had the ‘Wiseguy’ sandwich with Baked Italian ham, soppressata, baked prosciutto, melted provolone, and spicy veggie spread. Funny thing about the veggie spread. I remember when kid number two was about 8 and I attempted to make lunchtime sandwiches with the veggie spread. We’ll just say it did not go well and that was the last bottle I bought. I guess eventually taste buds do mature and kids get less picky. There is hope yet! 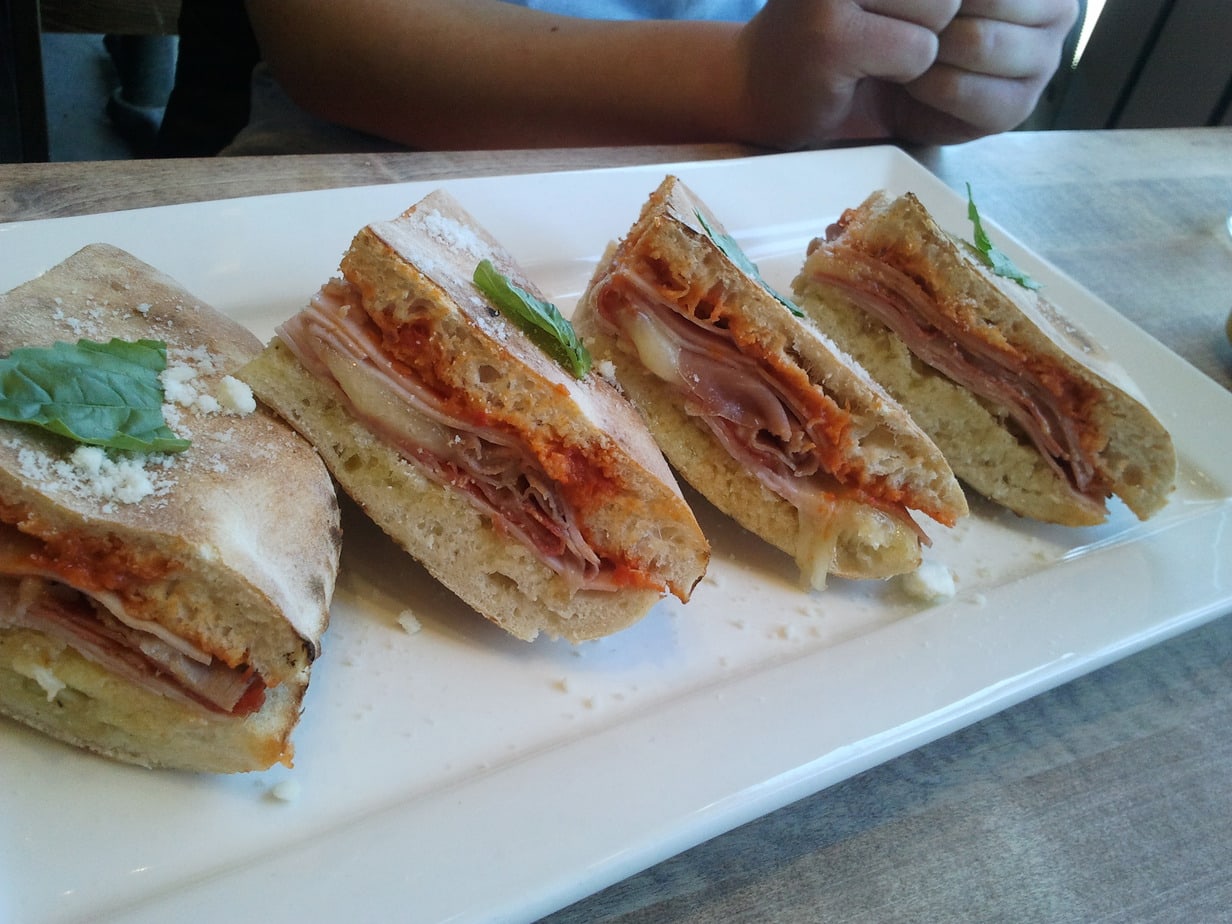 I ordered the Funghi Tartufo pizza. I just love the combination of roasted mushrooms and that bit of truffle oil they drizzle over top. Plus, all those mushrooms disgust kid number two. 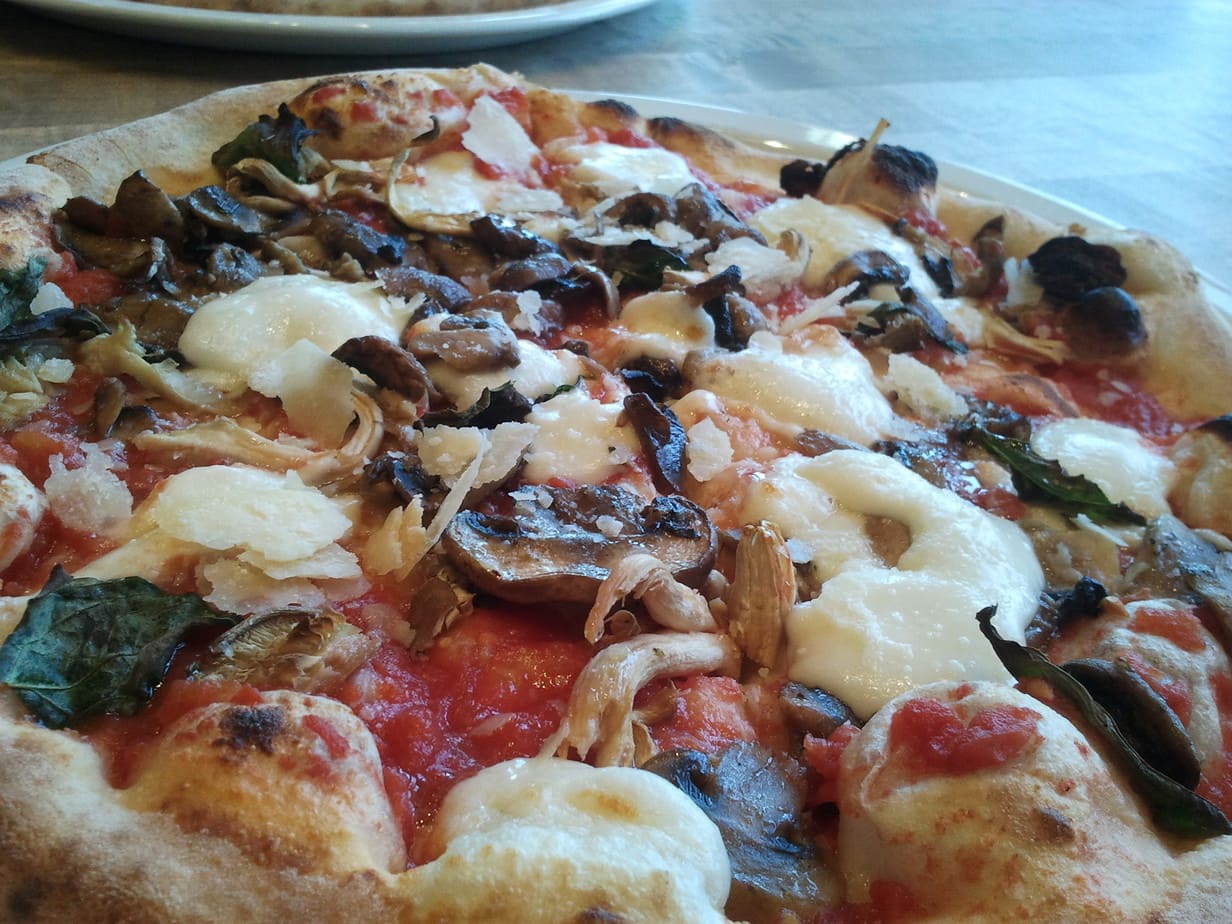 Kid number one ordered the Sweet BBQ Chicken pizza (without cilantro): Honey smoked BBQ sauce, fresh mozzarella, fire-roasted chicken, and smoked mozza. It was baked, then topped with diced tomatoes and slivered red onions. I’m not a fan of BBQ sauce on pizza but I had a taste and the sauce was quite delicious. 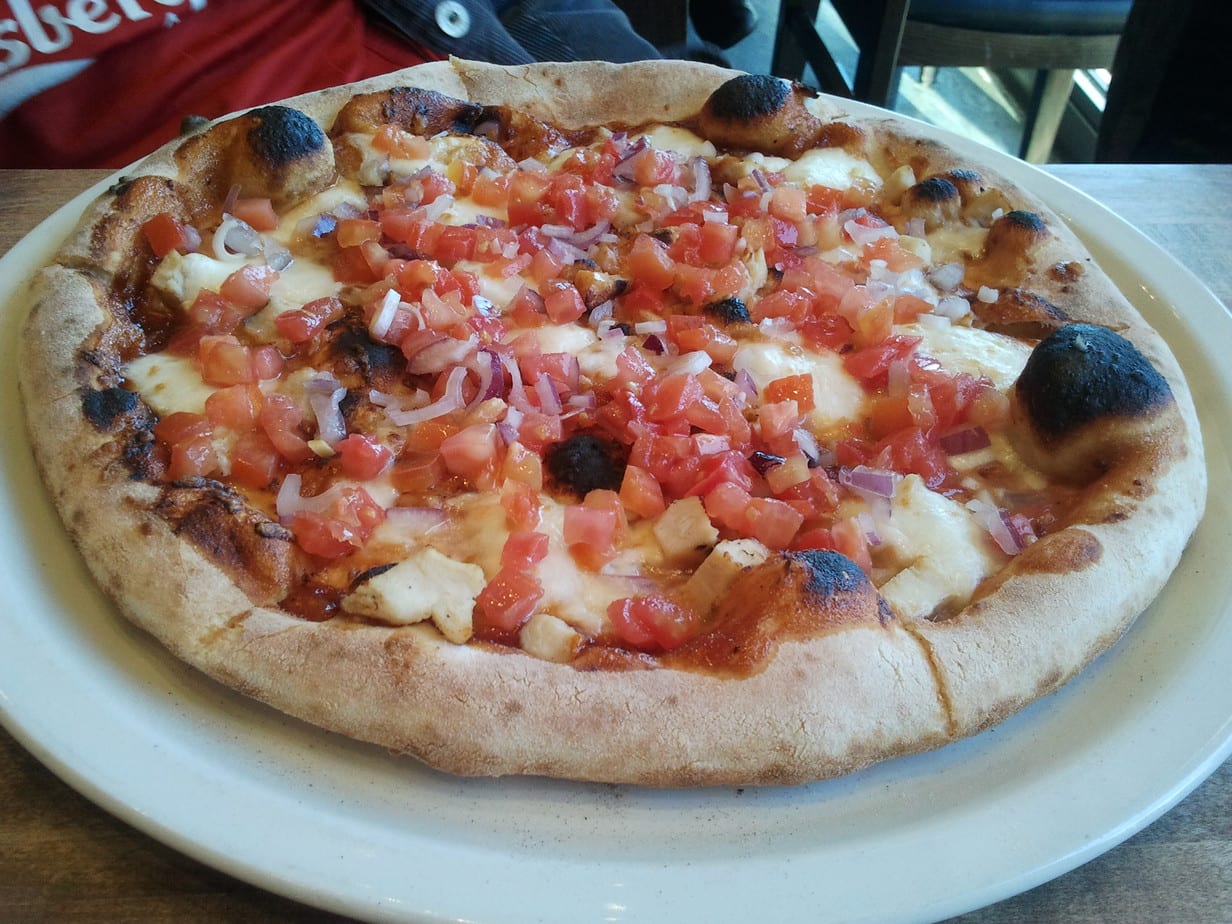 I know this seems like a lot of food…and it was. We ended up taking some home for lunch the next day. I’m glad we had just a little room saved up for some fresh scooped sorbetto. Kid number two enjoyed the Sorrento Lemon (one scoop free for under 12’s) and I enjoyed the complimentary Valentine’s day scoop of Blackberry Cabernet. His was extremely tart and I’m not sure how he ate it all and mine was very…wine flavoured. It took me  a while to get used to it. I don’t think I would order it on purpose when there are so many other lovely flavours of gelato available. 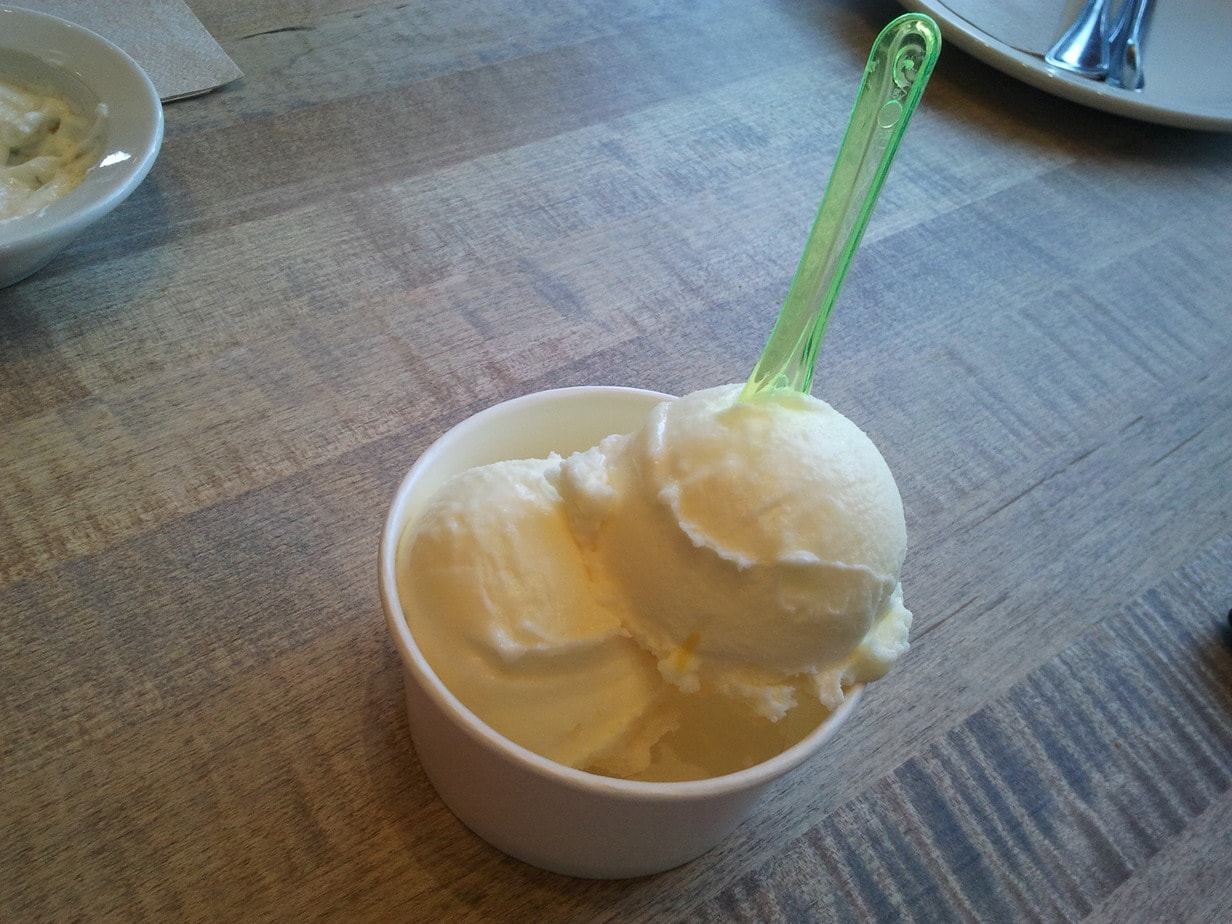 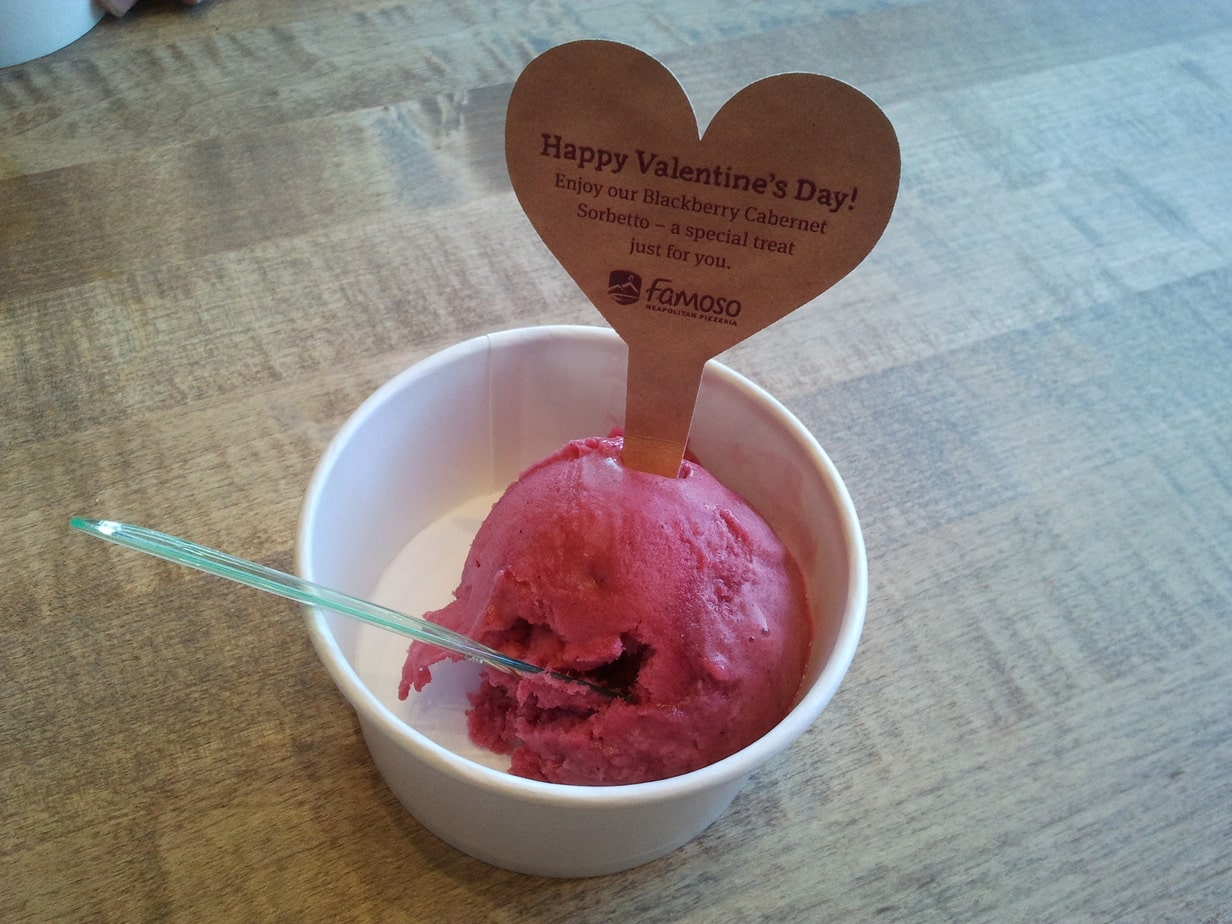 In all a visit to Famoso is pretty pricey for a pizza lunch but the quality of the ingredients and great atmosphere make you more than willing to shell out the dough.

Mandela Day at Safari Grill with Vine and Dine

The Guild Calgary – A Different Beast