When I woke up there was still one fifth of this chocolate cake on my counter and I was immediately faced with a dilemma. Should I or shouldn’t I have chocolate cake for breakfast? In a bleary eyed stupor I began to reason with myself; the cake contains butter, coffee, walnuts, and eggs. As far as I know these are all counted as the components of a healthy breakfast, especially if I ate them with a pear…  Then of course the conservative part of my brain began to take command pointing out the ‘scant cup of sugar’ and 180 grams of chocolate were not part of a healthy breakfast. Ah rats…toast and honey it is.

Moral conscience aside, I demolished a piece of it later on with my tea anyway.

One thing my in laws and I have in common (besides hubby) is our love of good food and wine. In particular, my father in law and I share a common bond with our love for baking. If they have friends over for a dinner party he is usually the one to make the dessert. I have sent him many recipes over the years though I guess I’ve never asked him if he made use of any of them.  When I started making this cake in the late afternoon, he just had to come and see what I was doing and get his fingers dirty. It was nice sharing my kitchen with him and baking a cake together. He finished up the chocolate element that kid number two had started (I had her use the double boiler to melt the chocolate and butter) and watched carefully as I folded the whipped egg whites into the chocolate mixture. When he determined that the mixture was folded I poured it carefully into the spring pan making sure not to tap it and release precious air.

On the last night of our visit, I had no dinner planned. I made a very simple pasta dinner with penne, chicken, chorizo, red peppers, and onions. Since the chorizo was a bit more mild than we were used to I chose to amplify the flavour and heat by adding ‘La Bumba Serrese‘, a traditional Calabrese piccante salsa with roasted eggplants and porcini. In went one tablespoon, then another, and it seemed like I was just not getting the colour I wanted on the pasta. I decided after four tablespoons that the pasta looked presentable. Since when does colour matter? Well it is said quite often that we eat with our eyes, however, maybe I should have used my eyes to read the ingredients on the jar. The first ingredient listed (at 60%) was spicy peppers! Hello! The dish was probably around the highest threshold of enjoyable pain for my family though to my mother in law I think it went beyond that. I couldn’t help but think of my dad who is enjoying spicy food more and more as he grows older. If he’s sweating, he likes it.

Thank goodness I had made this cake before dinner. It was definitely a redeeming dish and everyone had seconds along with cooling vanilla ice cream and a delicious Cherry Porter from Wild Rose Brewery. 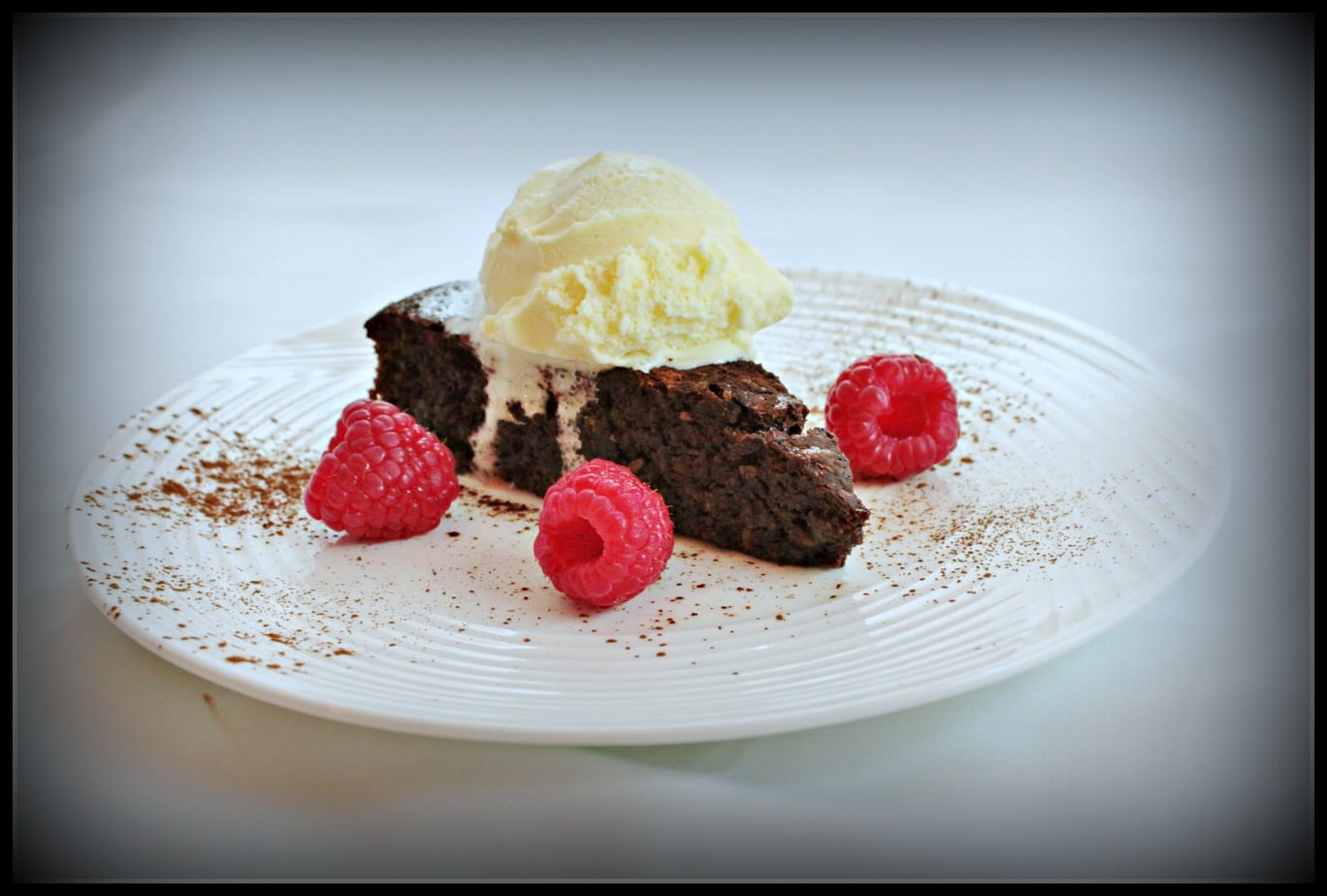 I really want to thank Sandra of Please Pass the Recipe who posted this cake a couple of weeks ago. It looked so delicious I re posted it and then decided it would be a great ending to my visit with the in laws. We definitely parted on a high note thanks to this cake!