In My KitchenOctober 9, 2014 Bernice Hill

Is it really October already? It’s still so beautiful outside that I slipped up and entitled this post September 2014 by mistake! There are still so many events and things going on and September was such a fun month I guess I just don’t want to let it go!

There was a local food bloggers pizza competition set to coincide with YYCPizzaWeek. Nine of our local bloggers were given three ingredients to choose from; anchovies, fire roasted tomatoes, or chestnut purée. Some did combinations of the anchovies and tomatoes but I became enamoured with the chestnut purée immediately.  I had an idea for both a savoury and dessert pizza but started creating the dessert pizza first (of course!). When I mentioned the other idea the whole family agreed that I should just go with the dessert pizza. 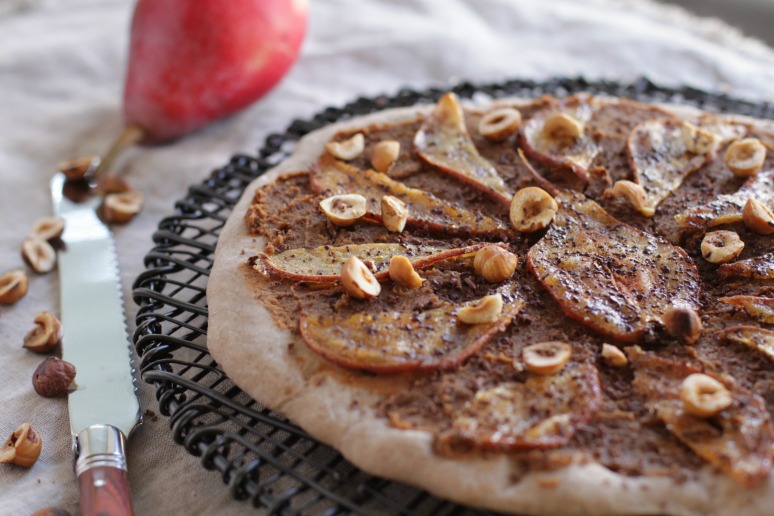 I made it on my daughter’s 16th birthday so I called it Sweet 16. The base was made with regular and chestnut flour, the ‘sauce’ was chestnut purée mixed with dulce de leche and cinnamon. I candied the pears with cinnamon in the oven, then added toasted hazelnuts and grated cinnamon chocolate over the top.  The competition ended on Sunday and I think we have to wait until October 15 to find out who won.

We traveled to our Province’s capital city, Edmonton to take in a football game and for the sweet 16 year old to attend Edmonton Comic Conference. We got her a ticket and photo opportunity with one of her favourite actors, Mads Mikkelsen, as a surprise for her birthday. She was pretty excited! I was excited about the game and visiting some foodie places. We had a delicious lunch at Tres Carnales taqueria and went to Duchess Bake Shop the next day. Duchess bake shop is definitely a destination for foodies in Edmonton. Not only does it have the most perfectly delicious cakes, croissants, and other baking but it also has a ‘provisions’ section where you can buy many ‘hard to find’ baking items. I found some Stirling Creamery euro style butter that I really want to make into croissants…but I am petrified!

I’ve been oogling these canele molds on Amazon but I’m too cheap to pay for them plus shipping. Duchess Provisions only had three in stock so it looks like I may be making a return visit. Aren’t they pretty? I have a thing for copper…. 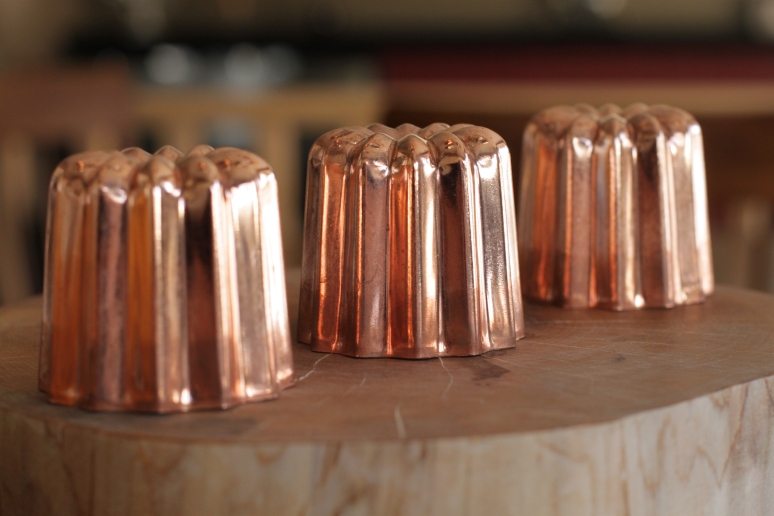 On the way out of town we stopped at the Old Strathcona Market for some fresh locally grown produce. I even got my hubby to eat fresh Brussels Sprouts.

I have been keeping a look out for more whole grain and non GMO flours because I’m finding that I have a wee bit of an intolerance. Here are three that I have bought recently:

Buckwheat flour from Homesense which I mean to make crepes and pasta with, Anita’s cake and pastry flour from Duchess Provisions, and the Soft White Wheat Flour from Gold Forest Grains. So far I’ve used the Anita’s flour for my most recent apple pie. 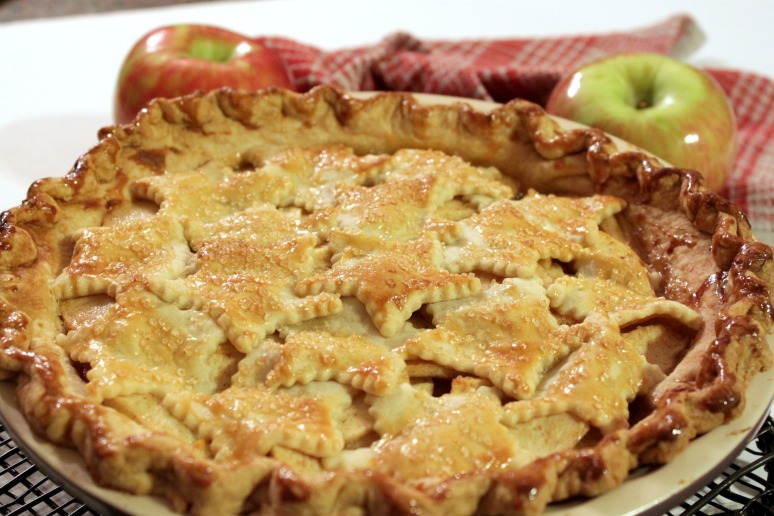 I’ll admit it…I’ve been waiting for October to come around for some time now because soon I will be in Vancouver for the Food Blogger’s of Canada annual conference! I get to meet bloggers from all over Canada and eat some amazing food provided by Ned Bell, Executive Chef at Vanvouver’s Four Seasons Hotel. This is my first conference so I was surprised to hear that there will be all sorts of swag involved from many of the FBC2014 Sponsors. This includes a really sweet chef’s knife from Chicago Cutlery that they sent directly to us as pre-conference swag.

I could go on because it’s been a busy month but I’m going to have to stop eventually. There are many more In My Kitchen posts from around the world to gawk at…all you have to do is head over to Fig Jam and Lime Cordial for the official participants list.