In My Kitchen – October Edition

It seems like time keeps on slinking away and now that I’ve resurfaced I’ve found that we’re into the third week in October! Where has time gone?  Well two of my friends have become first time parents so I’ve been busy lending a hand or two when I can. Neither of them have family here in Calgary so I’ve offered myself as a stand in ‘Auntie’.

Here’s a bit of interesting food for thought…have you been brought up to call someone (who is not an official Aunt) like a related elder or close family friend ‘Auntie’ as a sign of respect? I know in some cultures this is very common but I grew up in rural Saskatchewan in a French/German/Hungarian household. I even called some of my older cousins ‘Auntie’ and still do til this day. I’m not an official ‘Auntie’ yet but in the meantime I can be a stand in Auntie!

I started out October on a ginger kick. I bought a bunch of ginger the size of my head and turned it into ginger syrup, fresh ginger cake, and a couple of failed attempts at fermented ginger beer. The ginger syrup was a bit hit with the kids and adults at our Thanksgiving table. I mixed about 30 ml of syrup with a small bottle of Perrier to make a nice strong ginger ale. 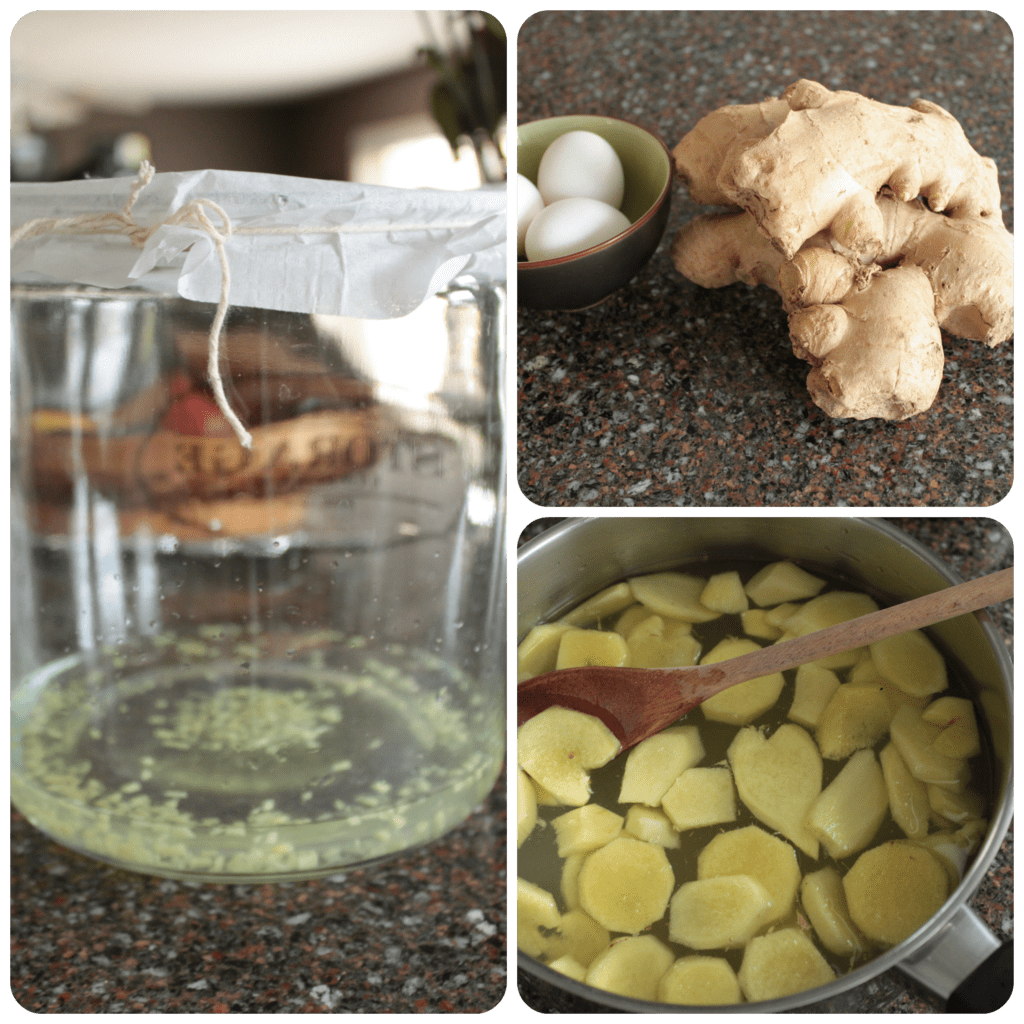 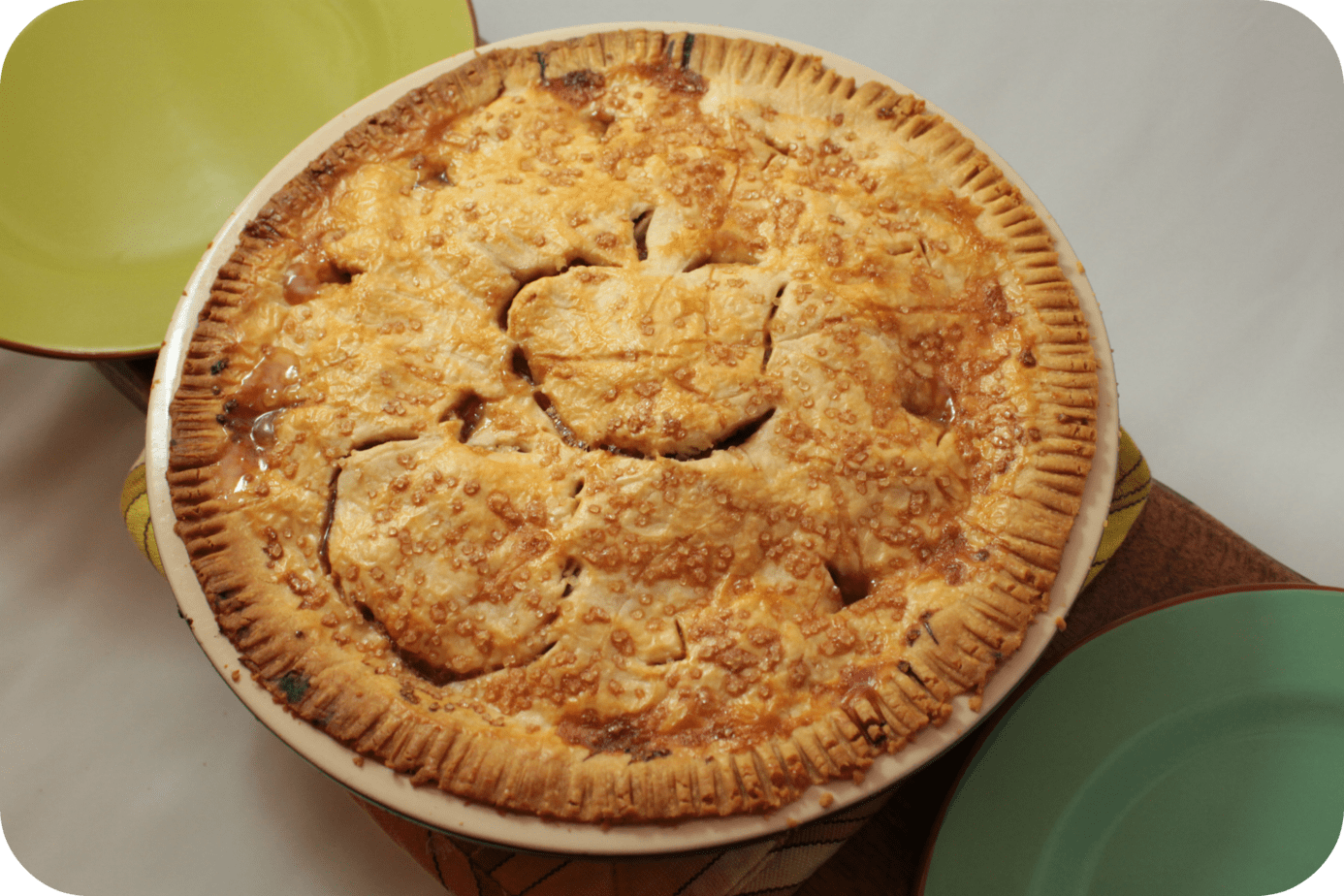 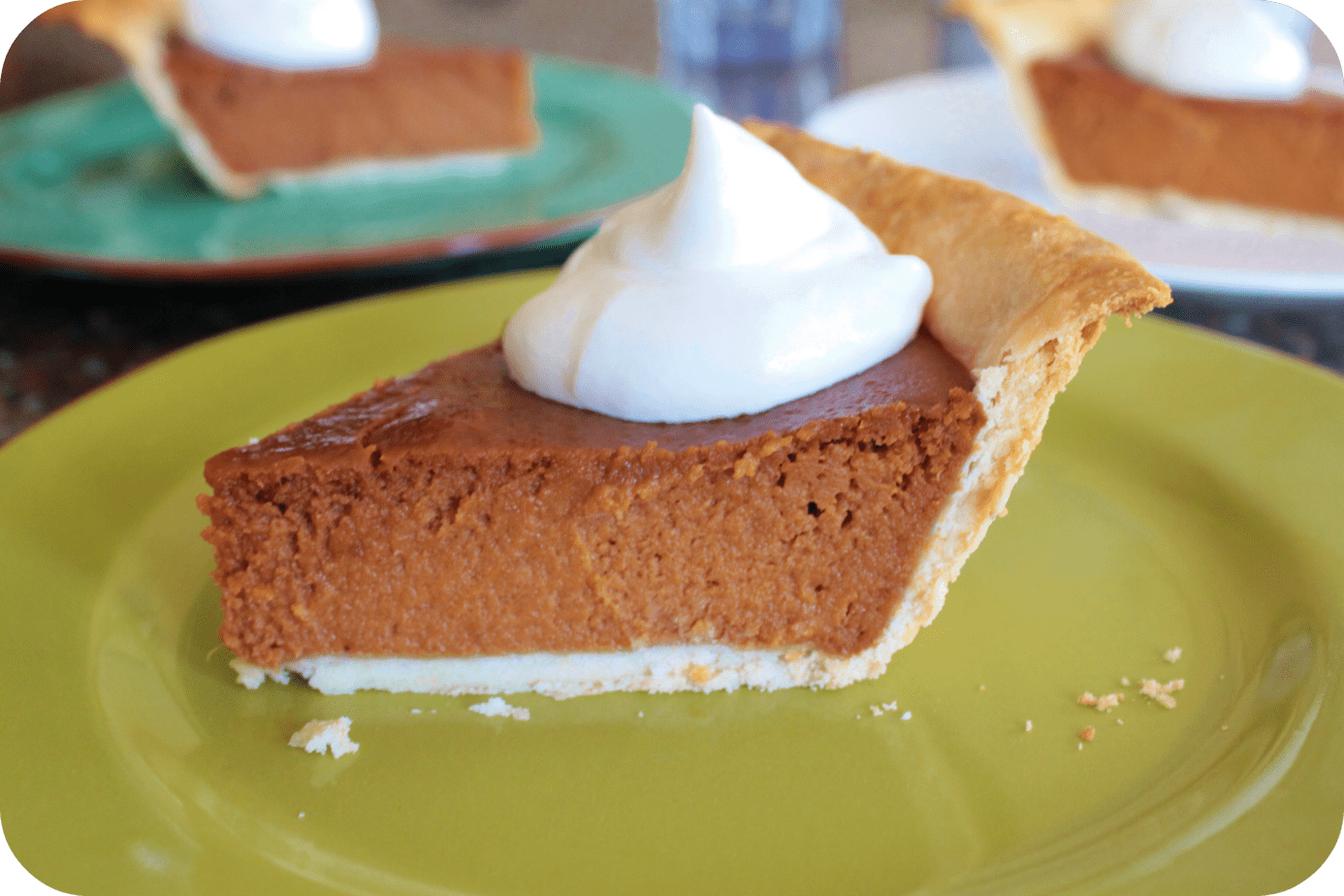 October had officially begun as a baby month and there was plenty to give thanks for during Canadian Thanksgiving. All my siblings traveled to our house for the weekend so we definitely had a houseful. I went all out and bought a free range organic turkey from a local turkey supplier brined it on Friday morning for dinner on Sunday. It turned out really well, much better than my first attempt at brining. I think the trick is to remember to rinse the turkey well before you stuff it and put it in the oven. My family has stuffed turkey for generations and no one has died yet.

I may have mentioned once or twice that kid number two is the artist of the family. I like to get her involved during holidays by making the table centerpiece her job. And you know the expression ‘there’s one in every family’? Here’s the clean up crew… 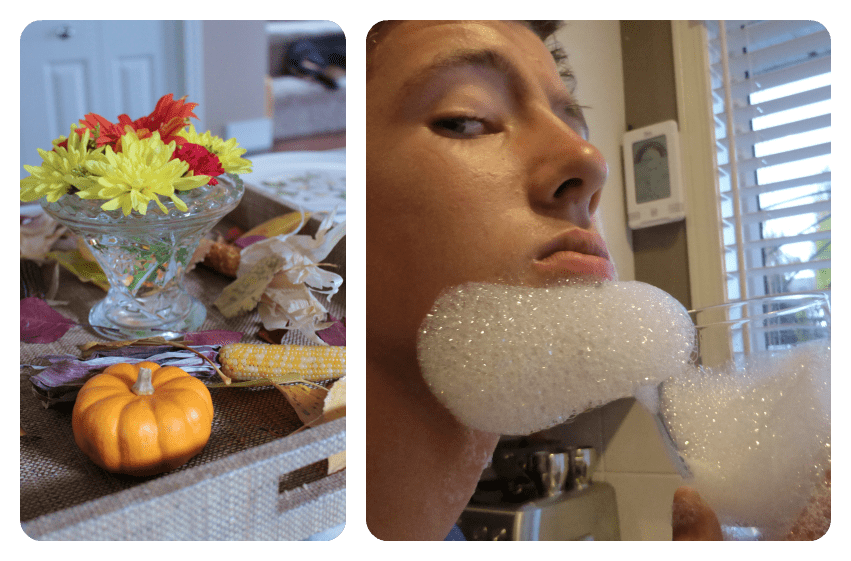 It’s always great to live vicariously through others…if you are a kitchen voyeur head on over to Celia’s kitchen at Fig Jam and Lime Cordial with a cup of coffee and be prepared to be amazed at other people’s kitchens.

In My Kitchen September 2014