One country that has recently really piqued my interest is Georgia.  It’s a sovereign state located in the middle of the Black Sea, Russia, Turkey, Armenia, and Azerbaijan. I was first drawn to it through the travel/cooking blog, Georgia About. They do a really great job of promoting their beautiful country…so much that I told Hubby that I would really like to visit there. Both the urban and rural landscapes are beautiful with grand mountain ranges, beautiful valleys and rivers as well as some very interesting architecture both old and new. There are picturesque stone arched bridges, medieval fortresses and castles.

Georgia’s rich culture is reflected in its colourful festivals and interesting cuisine. It is influenced by several neighbouring countries including Russia and Turkey. When a recipe for Khachapuri was posted I just knew I would try my hand at making some. Khachapuri consists of a yeast bread dough which encloses some sort of a filling. It is very similar to a Borek which I buy quite regularly from the Turkish vendor at the Crossroads Farmer’s Market.  The beetroot leaf and feta filling is a specialty from the South Ossetia and neighbouring region. While I was making it, I couldn’t help but think of several alternative filling options. I would love to make them into some sort of ‘hand pie’ type lunches for the family to take to school and work.

I used the recipe and step by step photos from the Georgian recipes section of the blog but I found I really had to think about what I was doing, re read many of the steps, and make my own adjustments according to feel specifically when adjusting the amount of flour, milk/water, greens, and feta used.

The ingredients for the dough call for a whole kilogram of flour but when I read the method, only 600 grams were used initially with another 150-200 grams added after the proofing. I ended up adding 800 grams up front (as well as some extra water) and omitted adding more after the dough was finished proofing. After two hours I had a decent springy dough which I separated into four equal portions, wrapping in cling film and set outside as the day was quite warm. Ten minutes later I had some pretty nice puffy dough. 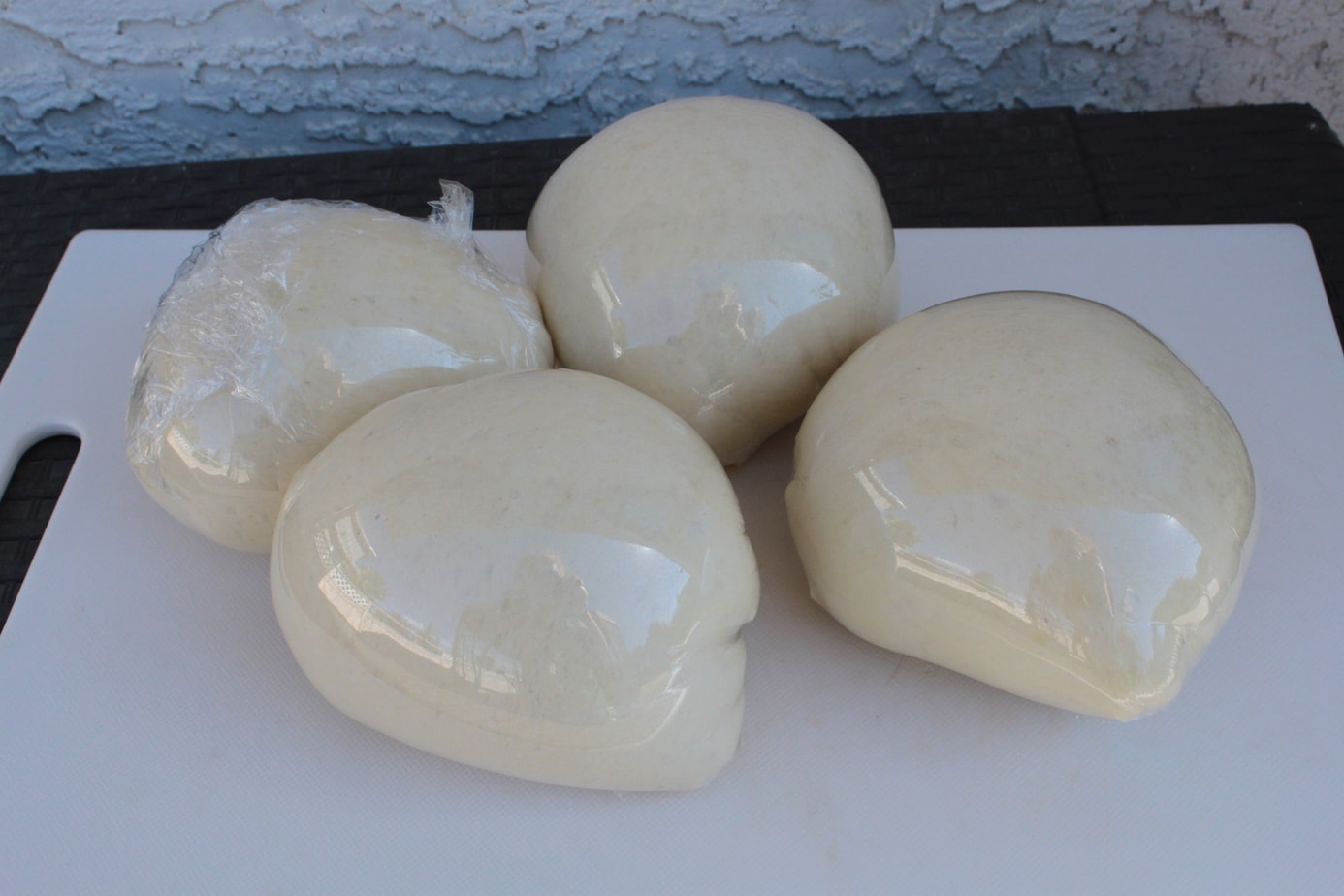 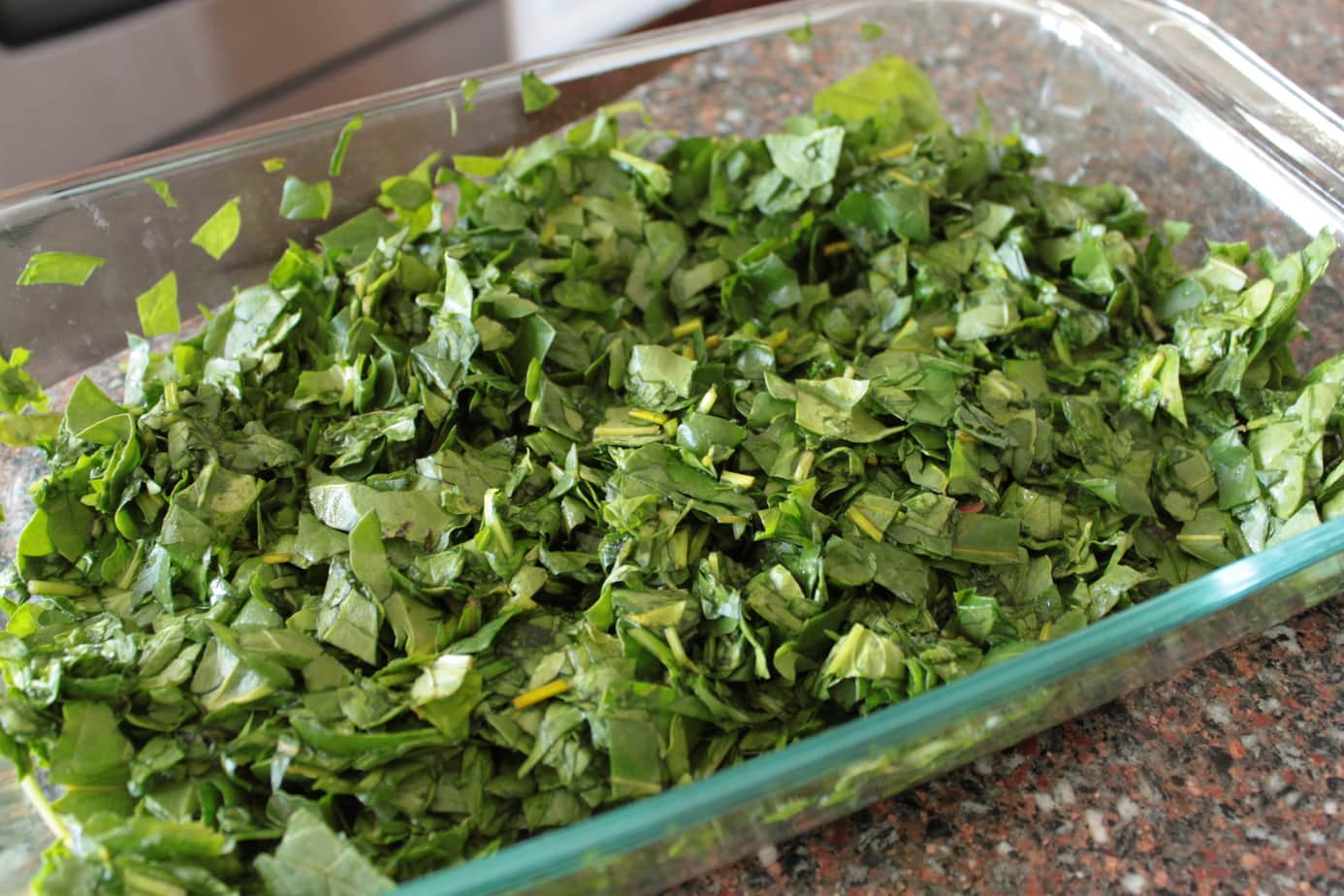 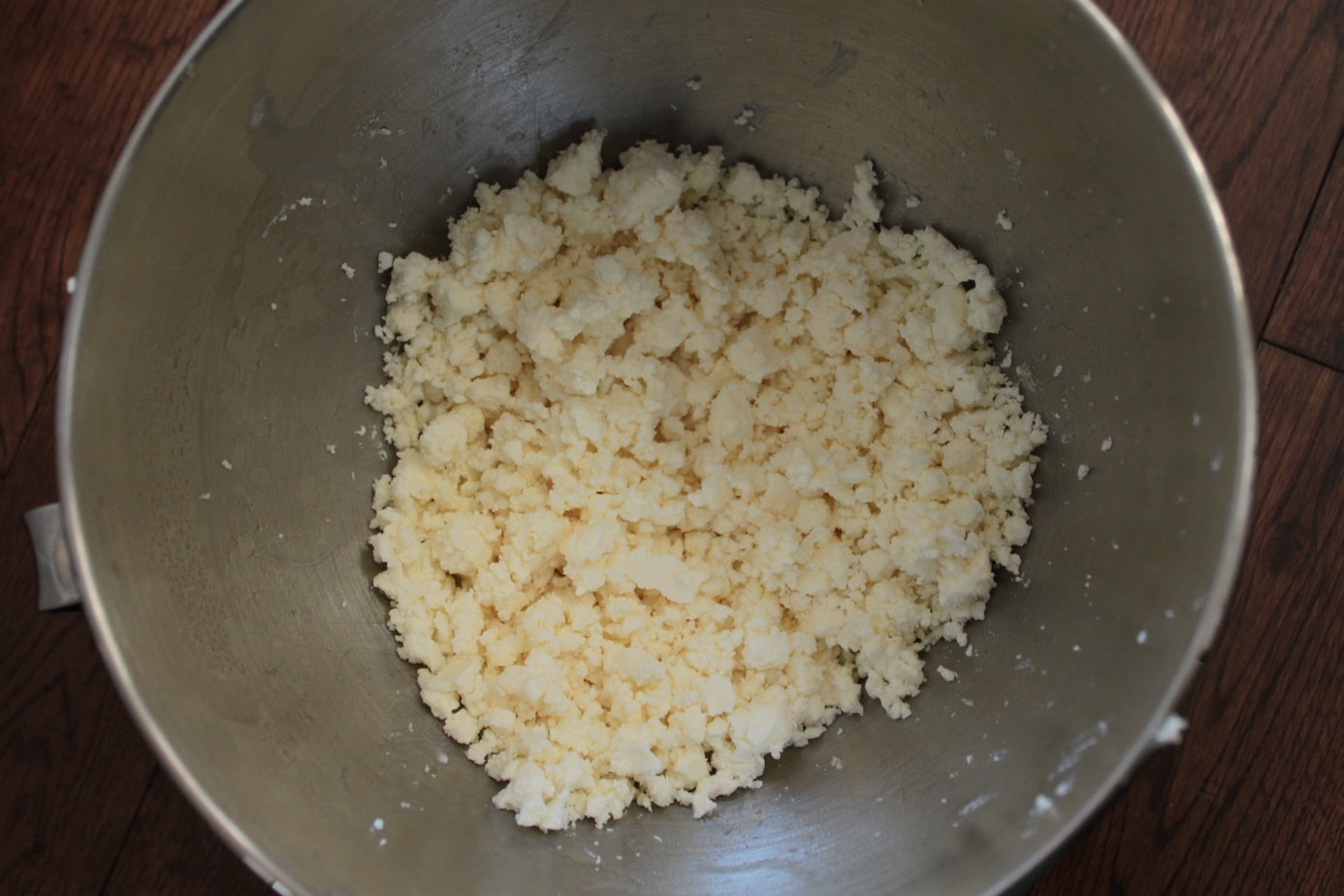 After the salt had worked it’s magic on the chopped greens, I added portions of it onto a paper towel and squeezed the extra liquid out. 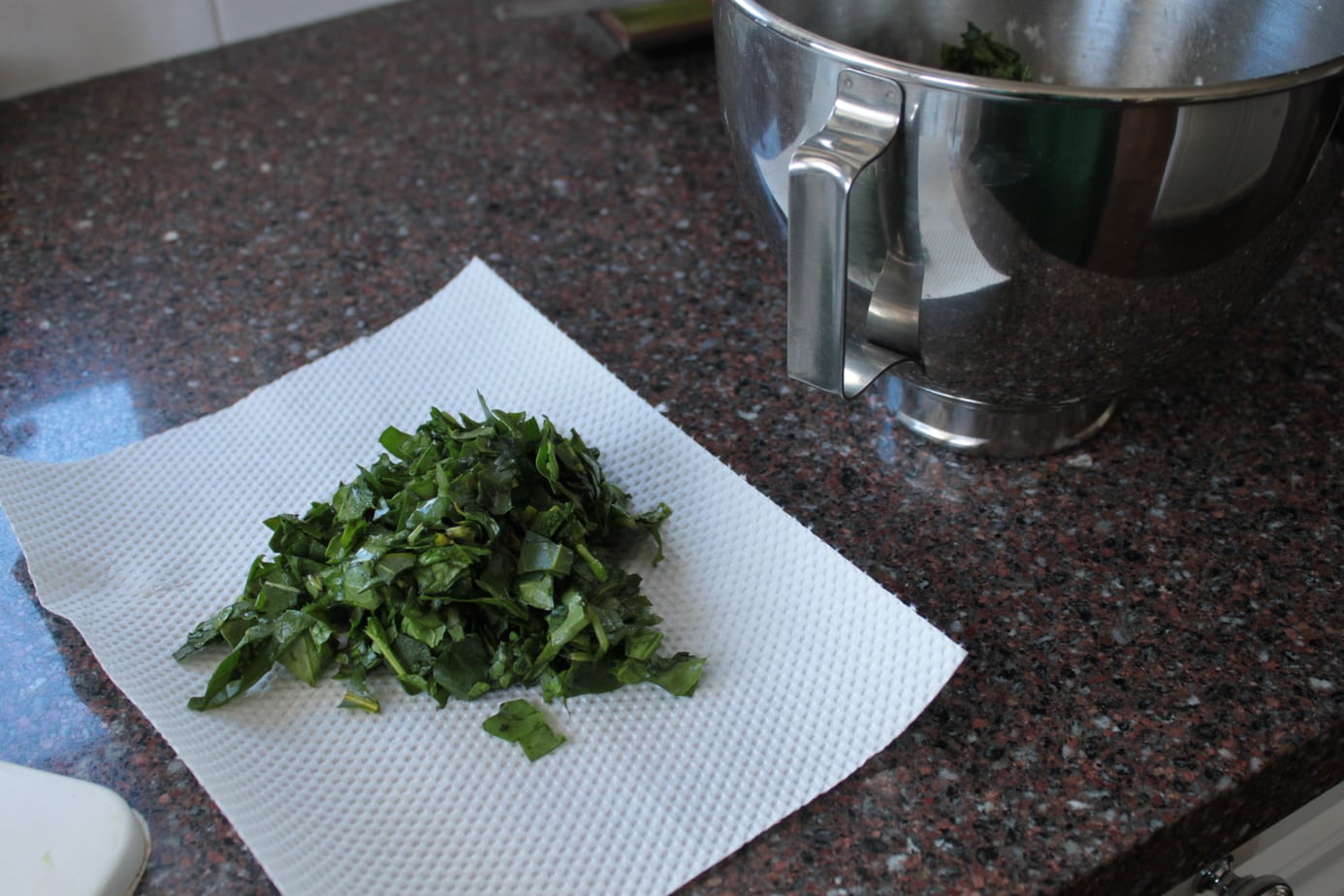 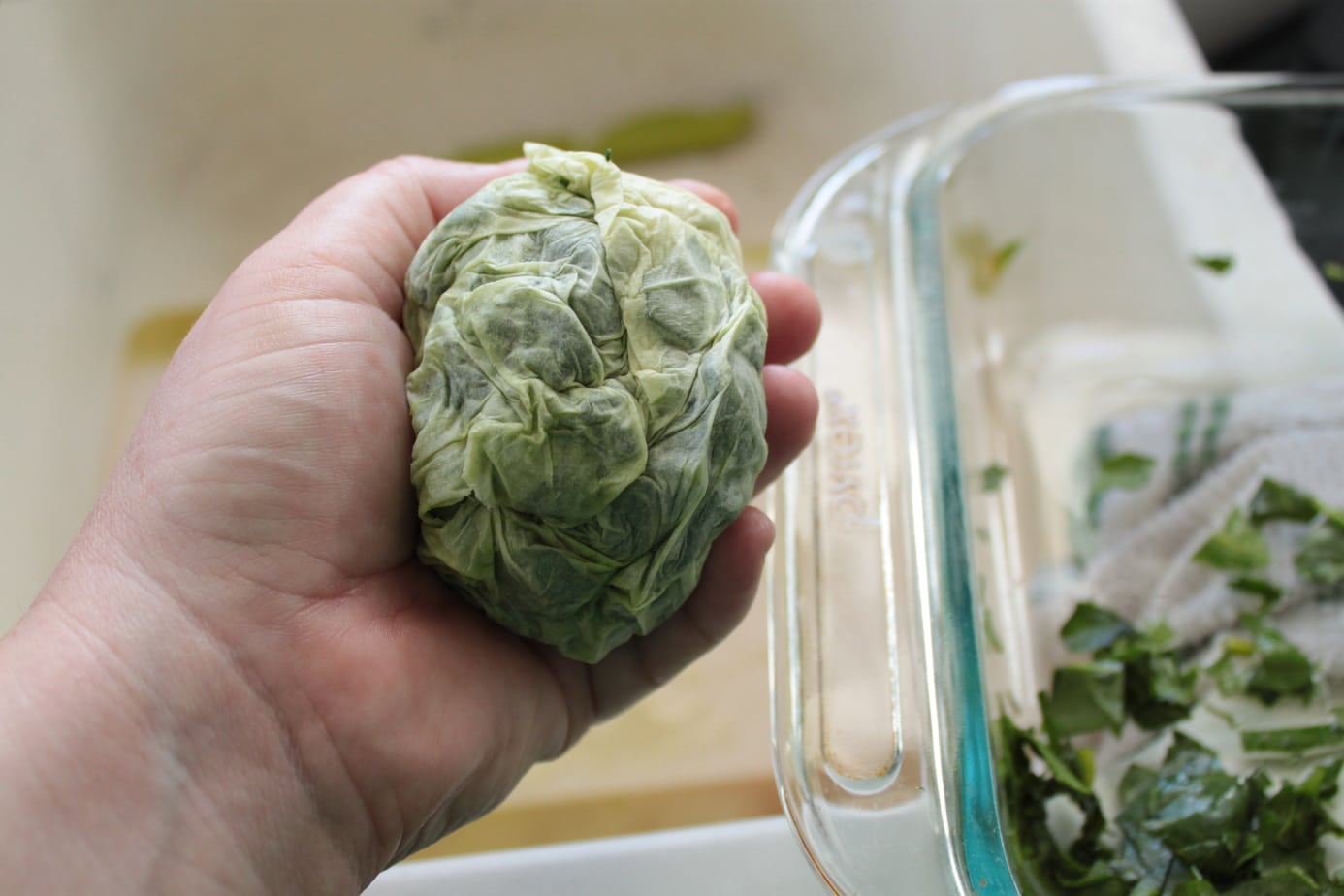 Then I combined the two together to make the filling. In hindsight I would probably add some lemon juice to the filling next time. Next, I flattened each dough portion into a plate sized circle and placed the filling in the middle. 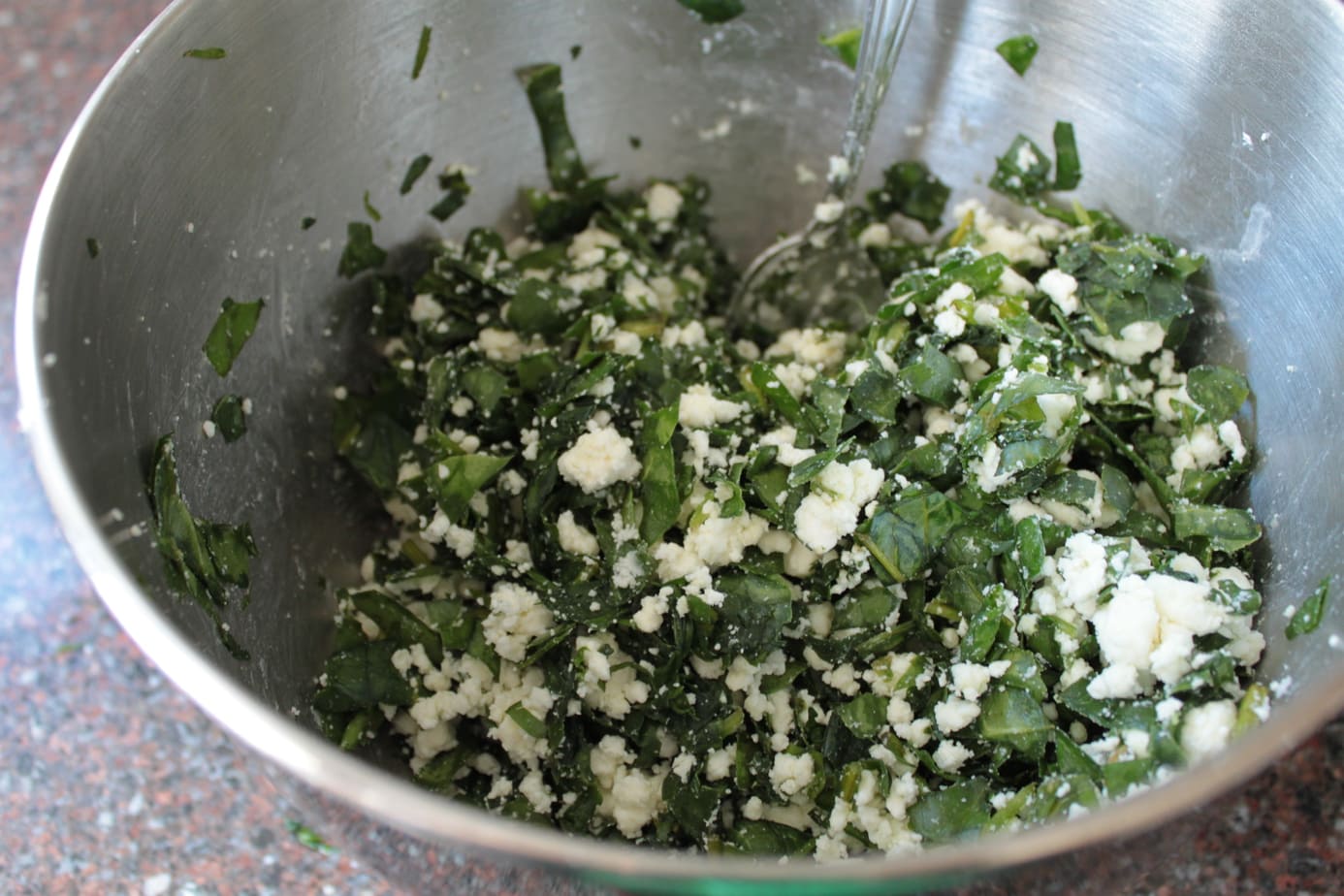 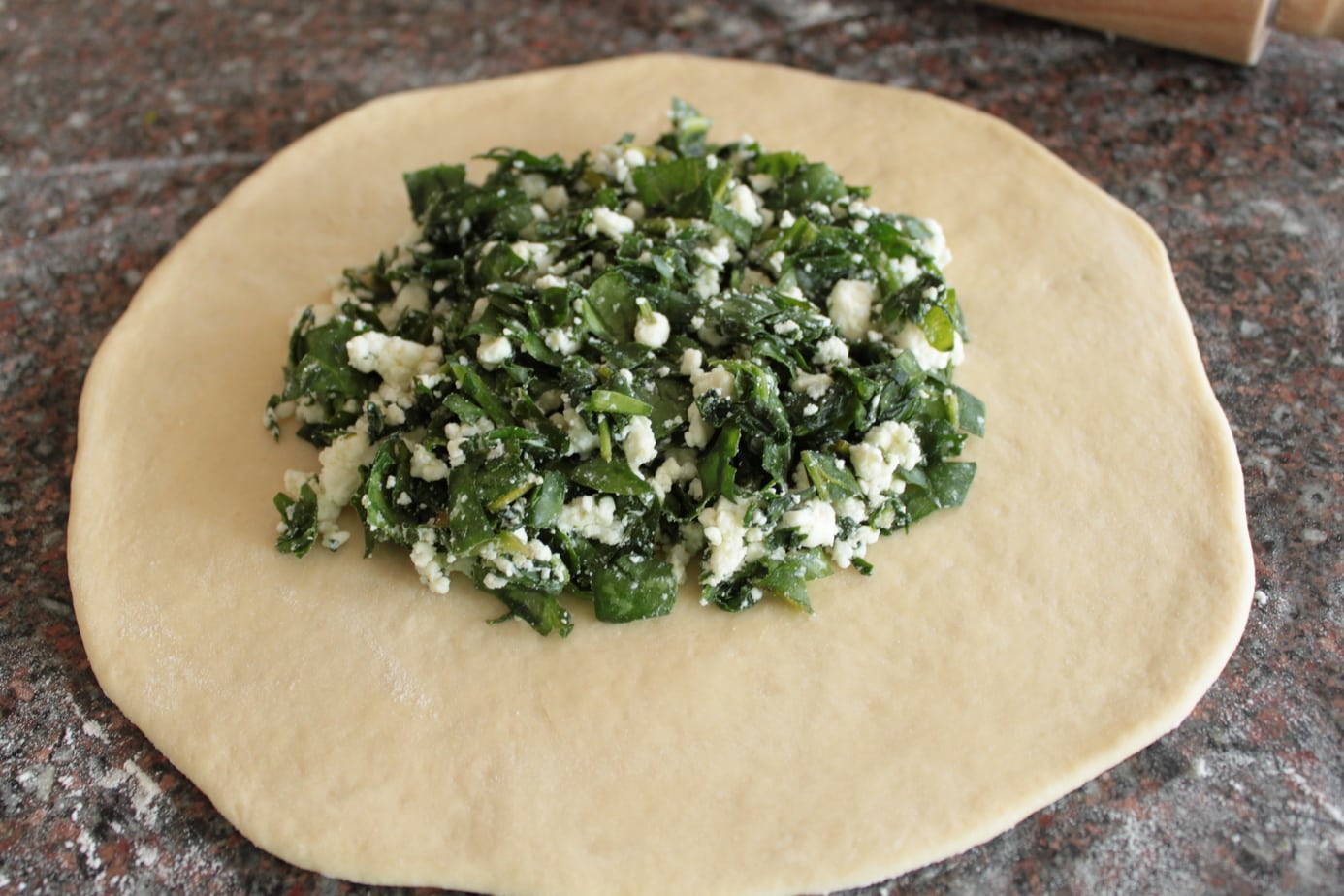 By bringing the outer edges of the circle inward and folding them against each other, I was able to make a dough pocket around the filling. A final pinch to make sure the dough held together and the Khachapuri was ready to be flattened. 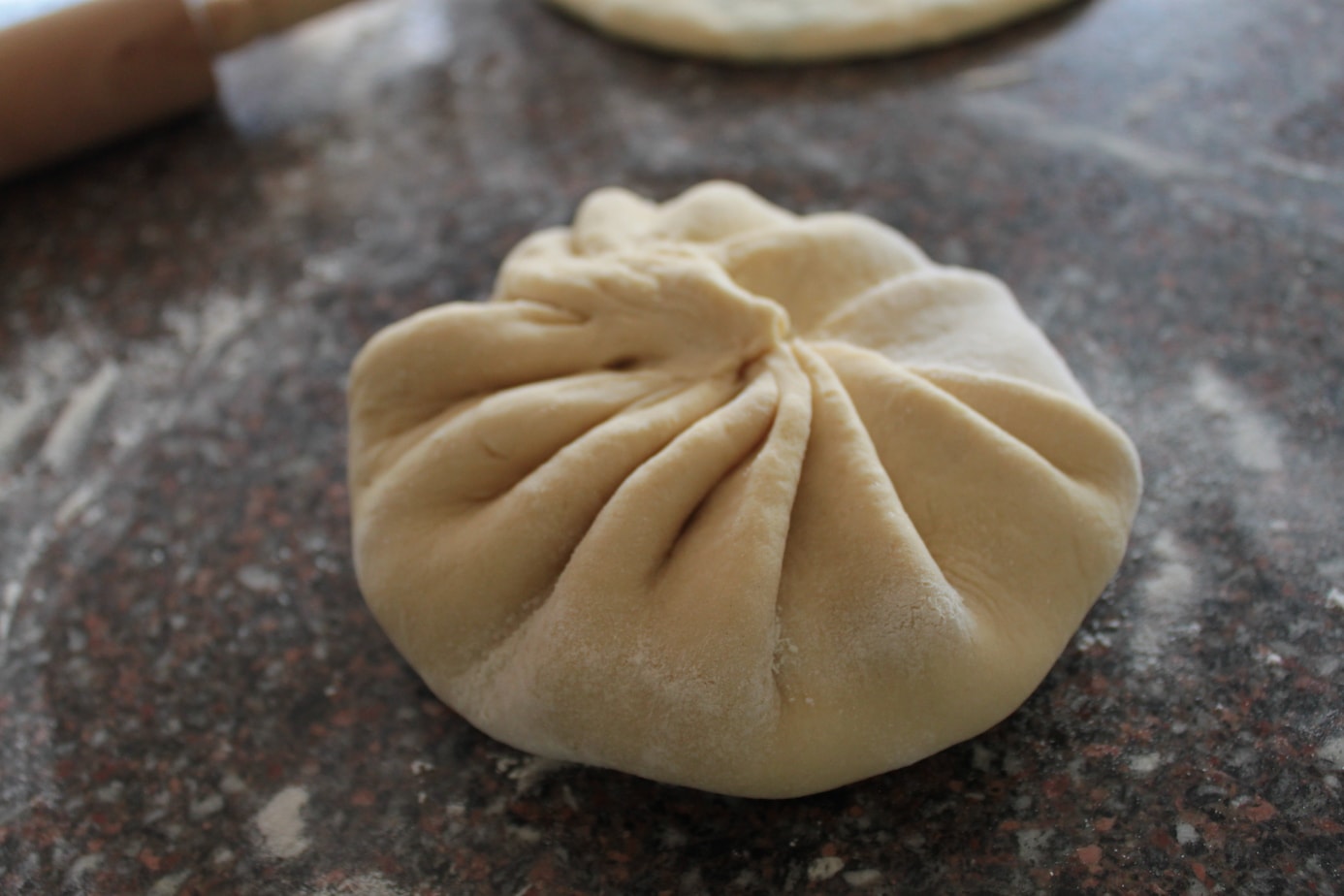 I found that no matter how careful I was flattening the dough pocket by hand, there always seemed to be a weak spot when I was finished. Perhaps I will get better with practice! The Khachapuri were fried in butter (my choice of fats) for about 5-7 minutes per side, then cooled on a wire rack. 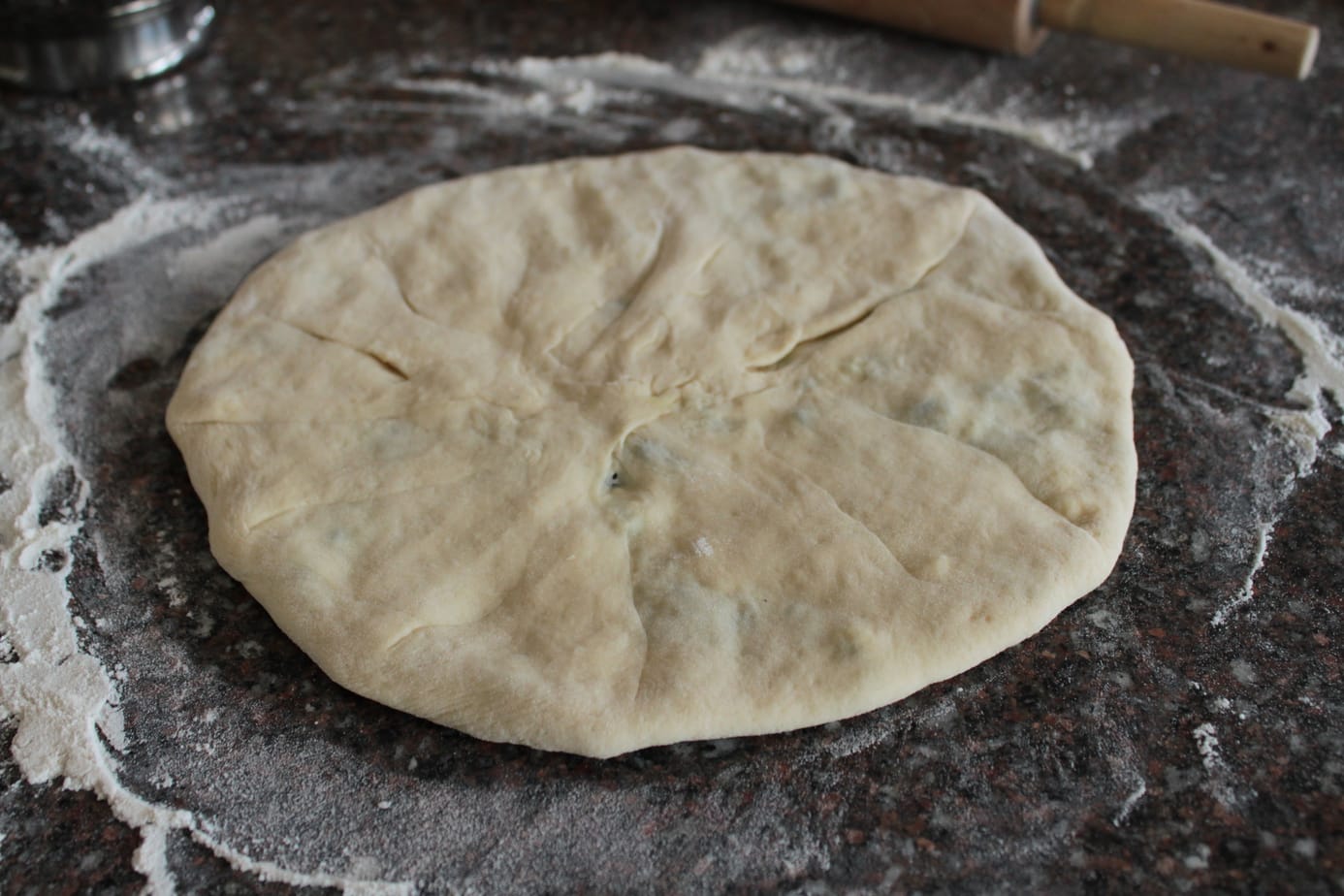 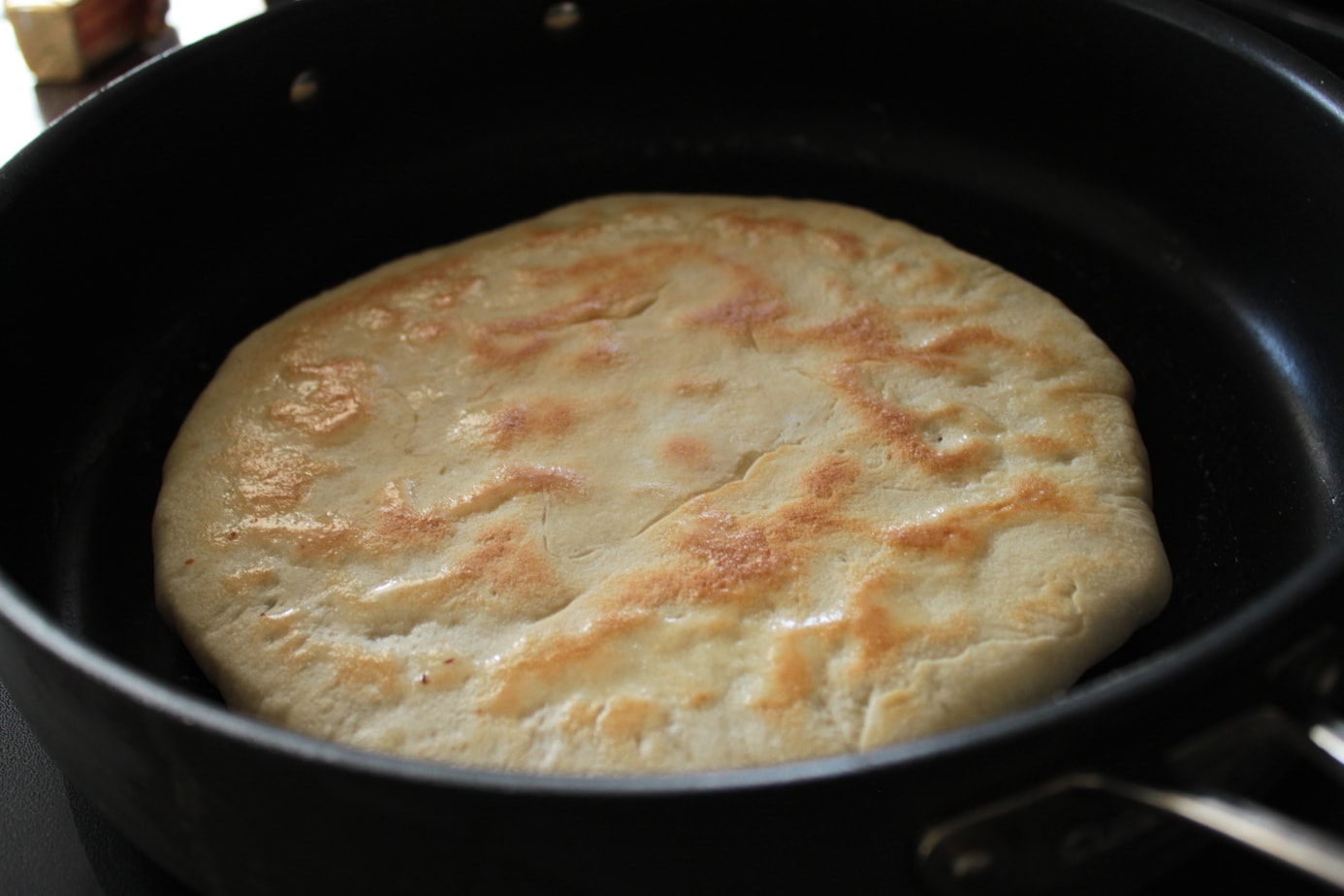 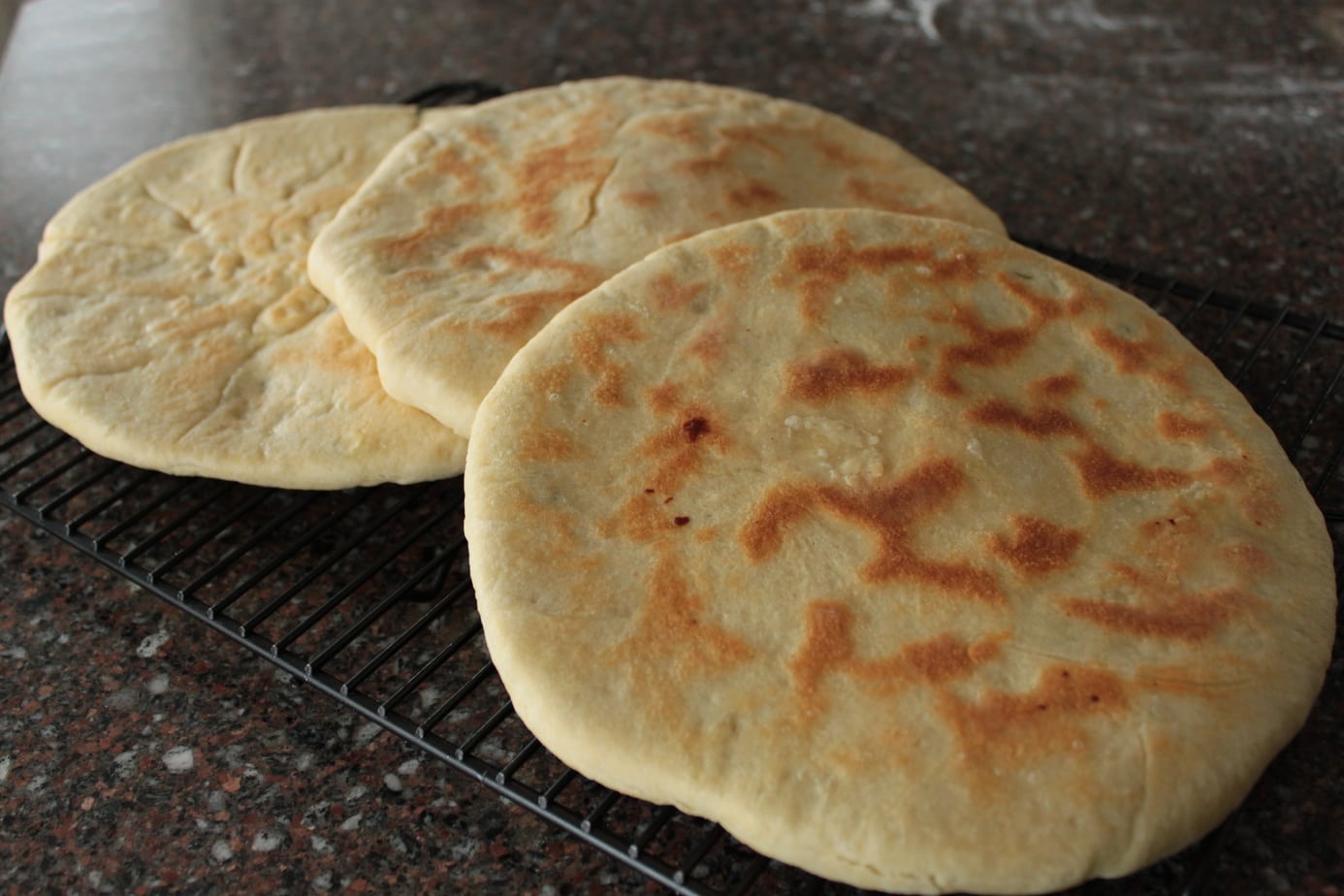 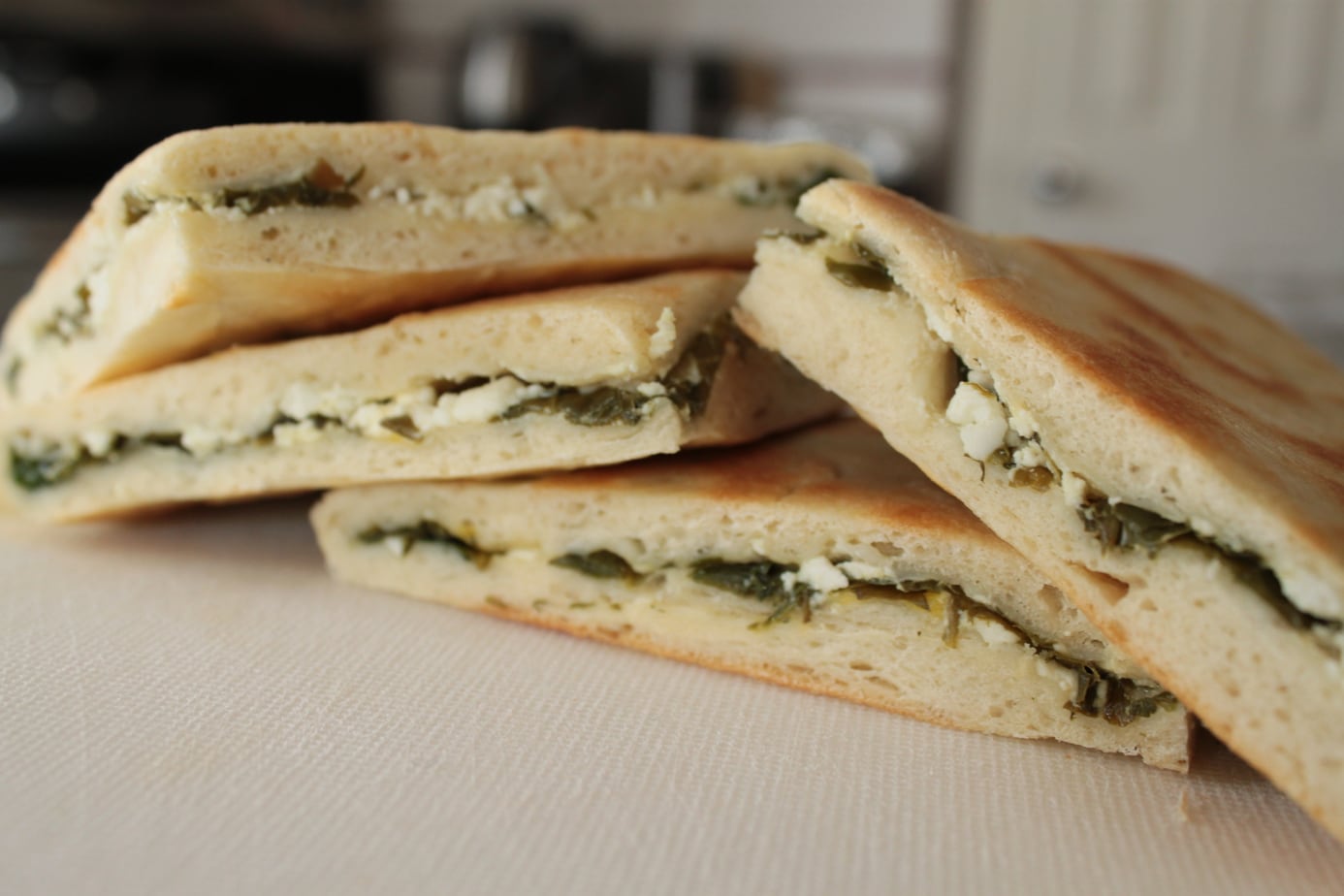 These handy little bread pockets practically flew out of the kitchen. With the cooler weather I am already craving home made soup so I made a nice curried carrot soup to serve alongside the Khachapuri for dinner. The rest were divided up and eaten in school and work lunches the next day. I already have a request to do some sort of a meat filling…really the possibilities are endless!