I don’t know if Aquarians attract other water bearers, but this month has been chalk full of celebrating friends’ birthdays. In fact, two of my friends celebrated their 40th birthdays on the same day. Since friend number two (2nd met, not second best!)  lives nearby I thought I would bake her a cake to celebrate this major milestone. The cake that I made for my birthday was intended to be a ‘dry run’ for her cake. I wasn’t really happy with how it turned out so I decided to try something completely different. My friend doesn’t have much of a sweet tooth so I figured this recipe would be something she would really enjoy.  This cake is more of a chiffon cake I think, very light and fluffy with little oil. I think the ‘least healthful’ part of it would be the cream cheese icing.

For the recipe I did go buy cake flour and cream of tartar. I know you can usually squeak by with regular flour and adding a bit of lemon to bind the egg whites but I really wanted to have this cake turn out well. I wanted to leave nothing to chance. So, I sifted all the dry ingredients into a bowl and made a well in the centre. Then I combined the grapefruit zest and juice, water, oil and egg yolks in another bowl. I poured the wet ingredients into the well and mixed the batter until it was uniform. 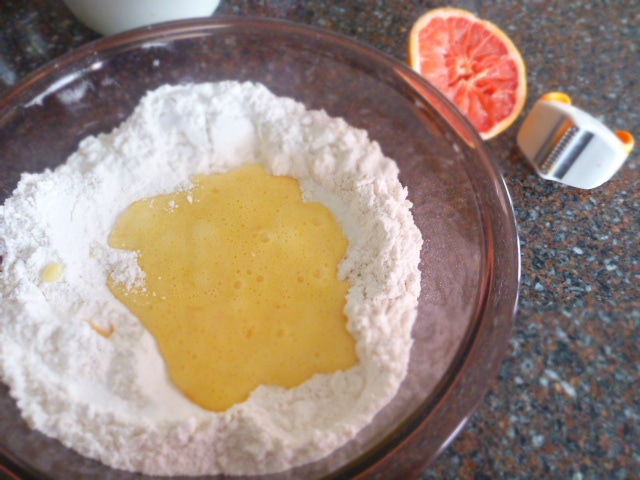 While I was busy mixing up the main batter, I had the egg whites and cream of tartar being whisked to stiff peaks using the KitchenAid. I love that appliance and probably use it at least every second day. Yes, that is my ceiling! 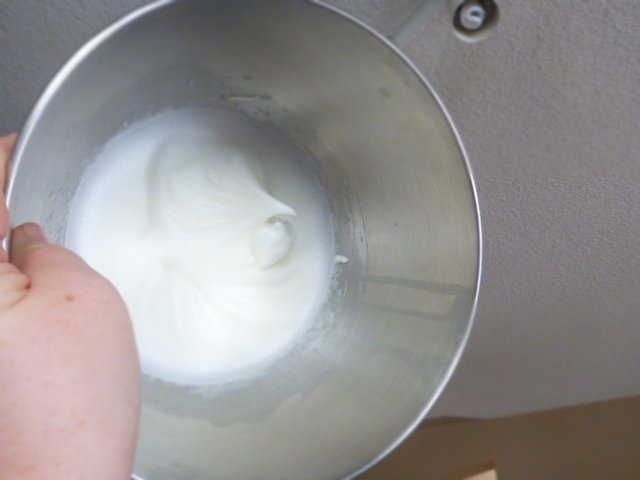 When the egg whites were stiff I folded them into the other batter. Keeping the air contained takes a lot of concentration and restraint because I always just want to stir like crazy! 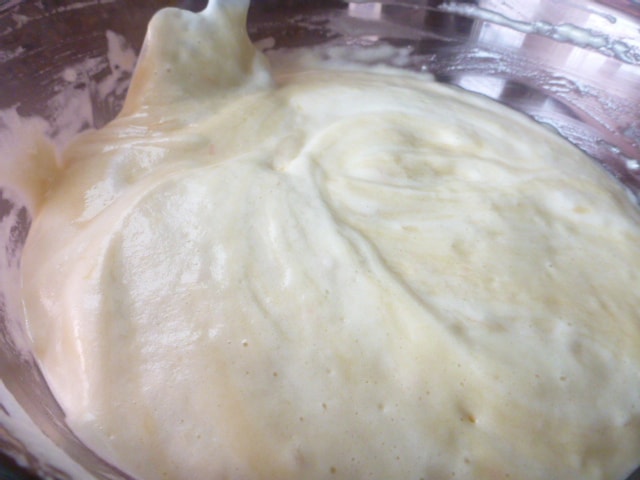 When the batter was just combined, I poured it into a lined 9 inch spring form pan and baked it in the oven (350F) for about 25 minutes. After it was done I inverted the cake pan and let it cool completely. This cake is a layer cake but instead of making two separate cakes you have to cut the cake into layers. This is a little tricky to do and I don’t really attempt it often. Today though, I had the cake on a spinning cake plate and took the time to run my knife around the outer edges of the cake while turning it. When I had done the whole cake I was able to use the outer cuts as a guide to cut the cake through. It worked like a charm! I spread the base layer with cream cheese frosting and arranged the grapefruit segments on top. Then I added the second layer and frosted the whole cake. 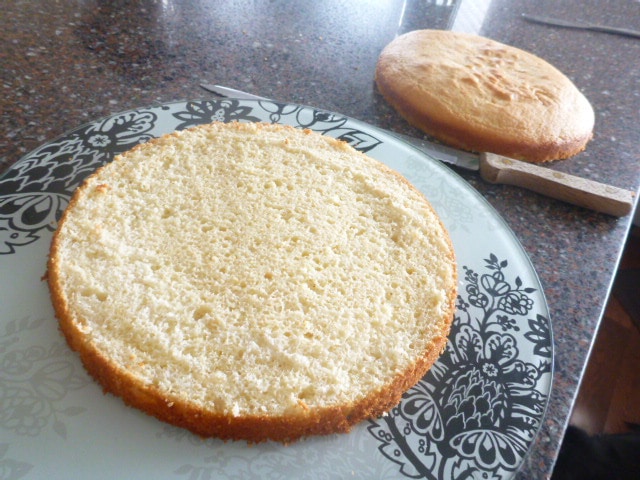 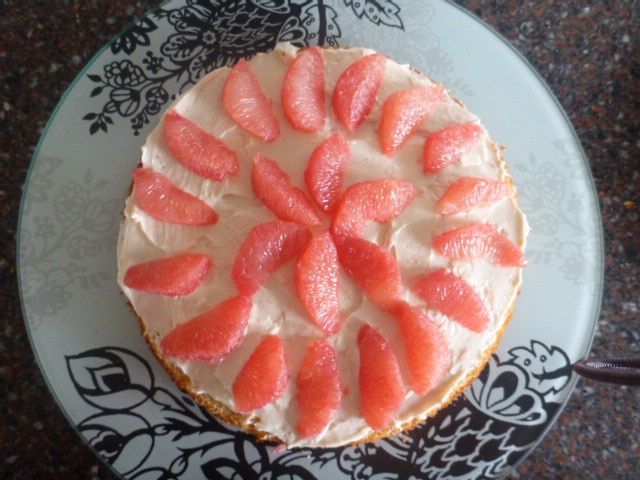 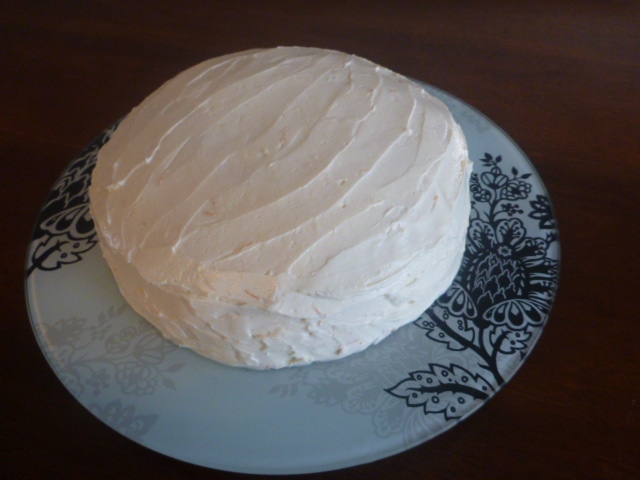