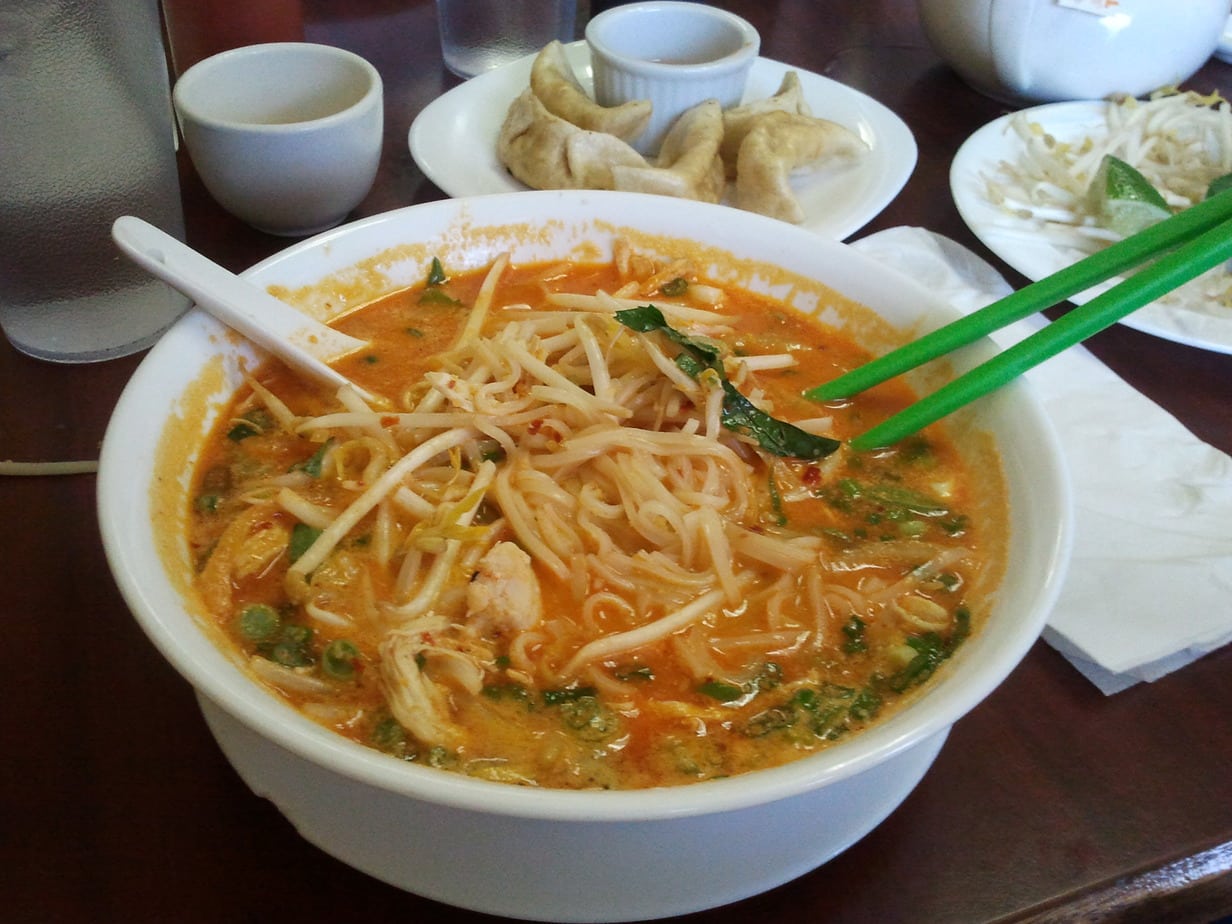 On Saturday, we decided -5C was a decent enough temperature to go for a family walk with our two dacshunds, Louis and Duchess. There were a few geocaches on the west side of the Glenmore reservoir near the dam that I wanted to find along the way. We had walked for about 5 minutes before we all decided that none of us were prepared for the windchill and since the area was so exposed we were really chilly! We ended up finding one cache so that I could drop in some travel bugs and looked for another before we declared ourselves done for the day. Since it was near lunch, I suggested we head over to Marda Loop and try our luck. There are several businesses that have closed recently and I was thinking that maybe this area has seen a bit of a down turn; high rents in a trendy area+dodgy economy = bad for small businesses.  What we did find, however, was a small Vietnamese restaurant and I knew right then that Pho was the answer to my chattering teeth and chilly bones.  I am almost always a little leery of new Vietnamese experiences as I have my very favourite spots that I frequent most often that are close to home. But, since we were nowhere near home, Nho Saigon would do.

We ordered some waters all around and some Jasmine tea. We decided on the deep fried Pork Dumplings to start.  They definitely looked house made and came accompanied by a very sweet, clear sauce studded with chilis.  YUM! The kids pretty much always order Charbroiled Pork and Spring Rolls on rice vermicelli to share,  which was in this case, #37. It arrived already divided into two bowls and I was impressed. It soon became evident that the kids weren’t because Kid 1 always eats twice as much as Kid 2 so they had to re-dish anyway. Hubby ordered #33 Charbroiled Beef and Spring Rolls on Rice Vermicelli. I guess I’m the only one that was cold enough to order Pho!!

If I’m going to order Pho, I prefer that it is Chicken or Beef Satay. I just like the extra spice in there. It’s a sure cure for whatever is ailing you and as soon as I feel a cold coming on I take a trip to my favourite Pho restaurant nearby.  #17 Chicken in Peanut Satay Rice Noodle soup was different than my usual Chicken Satay Pho as it had the addition of finely ground peanuts to the broth. They added a lot of body and a nice roasted peanut flavour to the already great broth. In fact, this is one time that I finished the whole bowl of broth. I was disappointed with the rest of the dish though, the onions were very strong and threw off the balance of the dish.  There were huge chunks of pulled chicken in the soup, which is not necessarily a negative thing for most people. My personal preference when adding chicken to Pho is to have it thinly sliced and then added to the broth which is the same way that all beef pho is served.

We left the restaurant full and happy and warm. And that was the best part.