Remembrance Day or Armistice Day is and always will be a special day to me. It doesn’t matter that I’ve never been in service to my country but only that I am grateful to those who have given up so much for the lives of others here in Canada and in other countries around the world. Each year on November 11, I chose to attend services to honour their sacrifices and to teach my children the value of their freedom.

A Trip to Remember

In May 2013, our family had the opportunity to visit France, Belgium, and the Netherlands. We took the time to drive up to the Canadian War Cemetery at Bergen Op Zoom in the Netherlands.  We stood on the exact spot my grandfather Alec had 70 years ago as he paid his respects and said his final good bye to his brother, Leo. It was a feeling I will never forget. I was overwhelmed with grief, pride, and a sense of the devastation that war causes. Walking through the tidy rows and read the names of real people who died so young, some 17, 18, and 19 years of age. So many of the dates of death were the same, marking the effects of large battles fought for the control of the Dutch canals. My great uncle Leo was part of the Black Watch (Royal Highland Regiment) of Canada. There are amazing records of battles and advancements online these days and I was able to figure out that he was among the many who lost their lives during the liberation of Flanders, including the cities of Furnes, La Panne, Nieuport, Ostend, Knocke-Heist, Bruges, Eecloo and the northern suburbs of Antwerp. The two brothers Alec and Leo were separated into different Regiments as was the custom, to decrease the chance of families losing multiple sons during high casualty battles. This photo was taken during the last days the brothers were to be together at a base camp in the UK.

My grandfather was not a proud man. He did not share any war stories, nor take part in any official ceremonies though he was given a special service for his own funeral. He was one of the ‘lucky’ who landed on the shores of Courseulles-sur-mer at Juno beach during the third wave of the D-Day Invasion, June 6, 1944. The first two waves had heavy casualties and I don’t fault my grandfather for not speaking about the horrific conditions of that day so long ago.  It had a huge effect on his pre war life and back in those days they called Post Traumatic Stress Disorder ‘shell shock’. It wasn’t ever dealt with but was suffered most privately.  Though they were married before the war started grandma always said the war changed them both and that they hardly recognized each other when they were reunited. For her part, grandma left small town life and traveled east with her sister to Toronto. There she worked in the Massey Harris plant, welding nose cones for artillery shells. She was an original Bomb Girl. 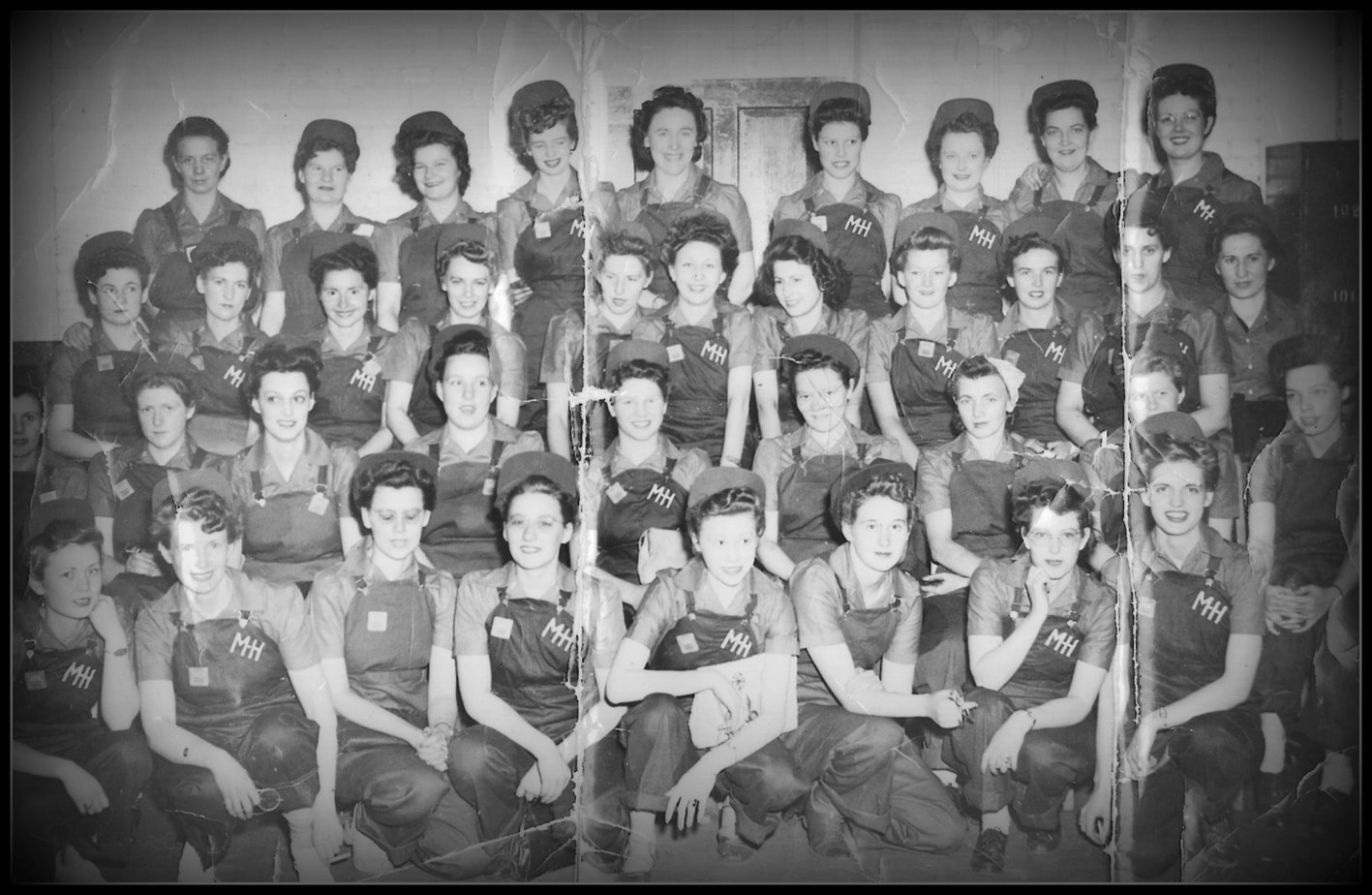 Standing on the beach in Normandy at Courseulles-sur-mer was amazing beyond words. It was the trip of a lifetime and I only wish I could have shared my photos and memories with my grandparents. 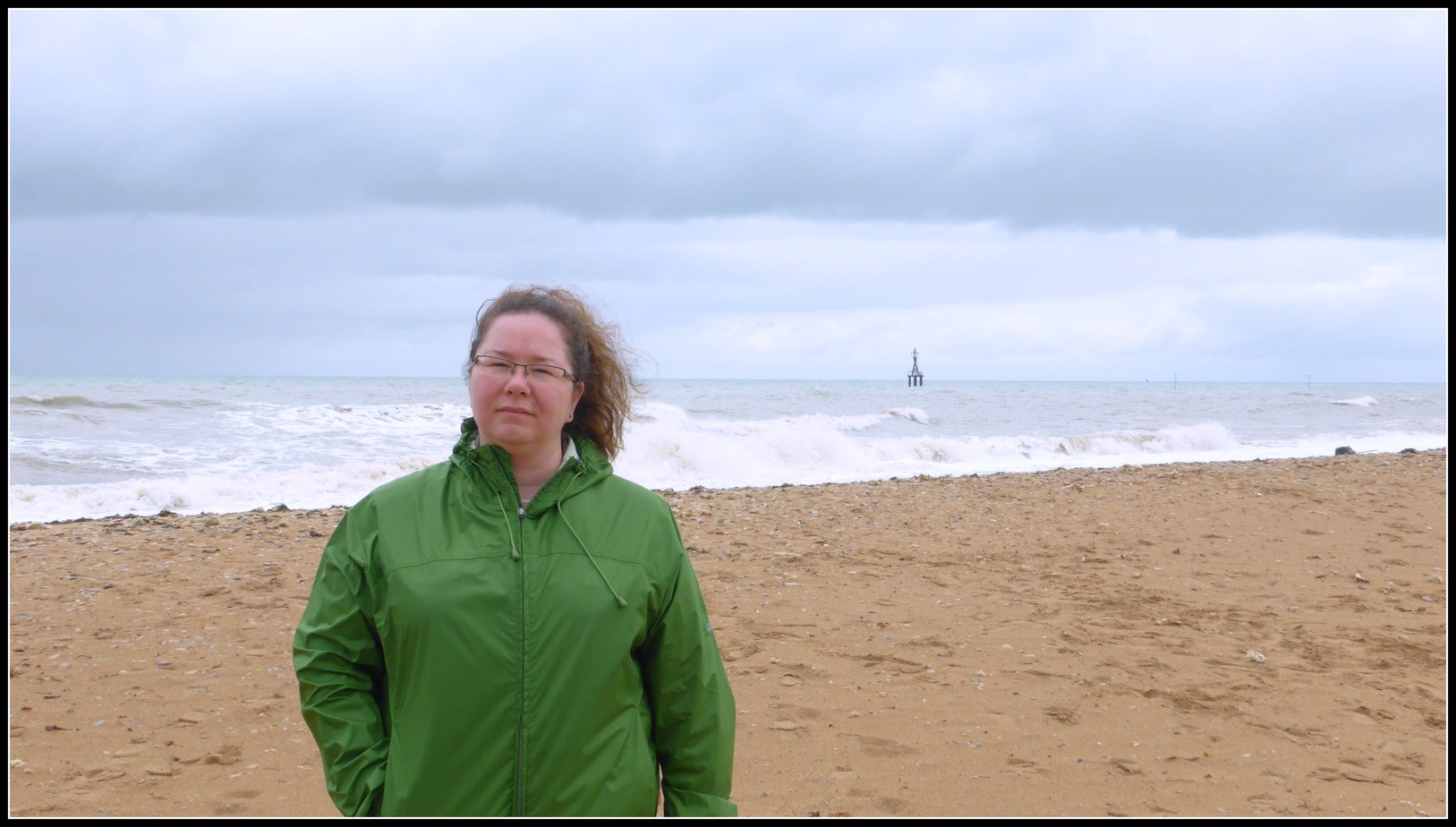 They shall grow not old, as we that are left grow old:

Age shall not weary them, nor the years condemn.

At the going down of the sun and in the morning,

We will remember them.

–For the Fallen; Laurence Binyon