Summer is the most popular time for weddings in Canada. I can’t even begin to think about the logistics of planning a winter wedding; wearing a dress or tux and heading to the church in knee deep snow. Or worse being ‘snowed out’ and having to wait another day to marry the one you love. Our family attended two weddings this summer, starting the season off with my brother’s wedding in June and ending the first of September with the wedding of two very good friends of mine.

I’ve known A for quite some time now, almost 20 years and yes, I do cringe when I say 20 years. But hey, we’re all getting older, right? I remember the first time I saw him in Archaeology 110, sneaking into the huge lecture hall right at the last second in his fringed swede leather jacket. I knew I wanted to be his friend right then. Eventually we met and found out we were in the same program, doing our undergrad in Paleontology. There weren’t that many of us in Paleo so we stuck together for our university years as much as we could after I had my first kid. Having a kid and attending a full course load sure takes a toll on ones social life. After convocation, we kept in touch (though sporadically) but whenever we were able to get together it just always seemed like we’d never left each other. Friendships like that are hard to find.

Eventually there were a couple of years in between our visits with both of us sorting out our lives. He in grad school in Edmonton and I with a young family in Calgary.  When kid number two was about 2 years old and kid number three was a baby we bought tickets to a soccer match in Edmonton and A offered to babysit. We were surprised, because he was still a grad school bachelor but we gladly took him up on his offer. We met his partner, N that day twelve years ago and they’ve been together ever since.

Their private ceremony took place on a sunny, grassy hillside near their home in Bridgeland with close family and friends. Later, we all met up to celebrate their special day at Alloy. Funny thing about Alloy. It’s in a really odd location and a bit difficult to find. After I got the invite, I drove by a couple of times but couldn’t find it until we drove by at night and the sign was lit up. Both A and N enjoy the finer things in life, and that includes food.  Alloy was the perfect setting for their reception.

First course was a choice between Roasted African Pepper Cream Soup with Basil Emulsion and Tomato Bocconcini Salad with balsamic gelee and basil oil.   Here is where the pedant in me does a double take…Roasted African Peanut Soup? I’m fairly certain the soup was vegetarian and no Africans were harmed during the soup making process. Were the peanuts African or were they just roasted?  How about calling it African Roasted Peanut Soup? Anyway I digress. 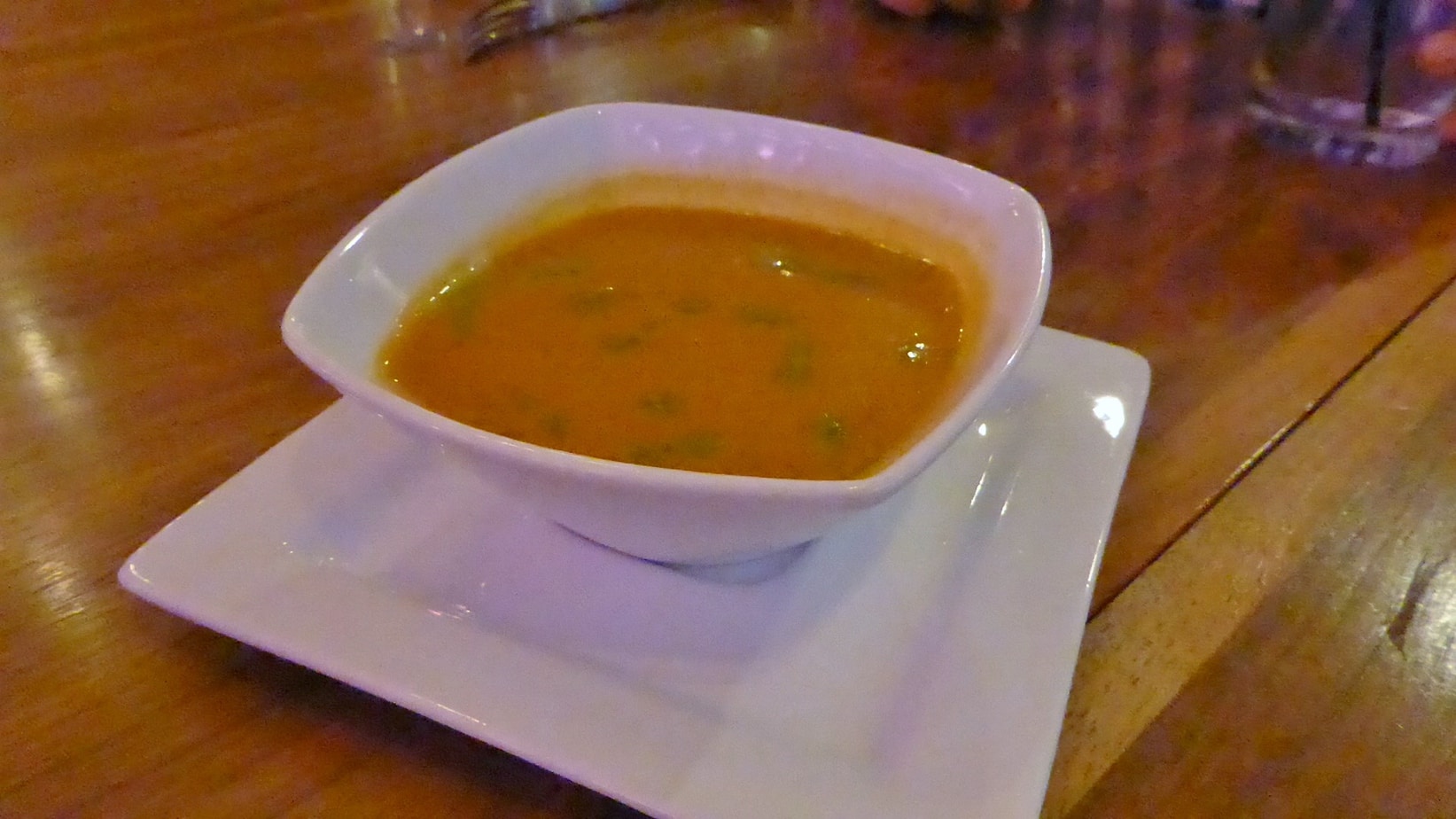 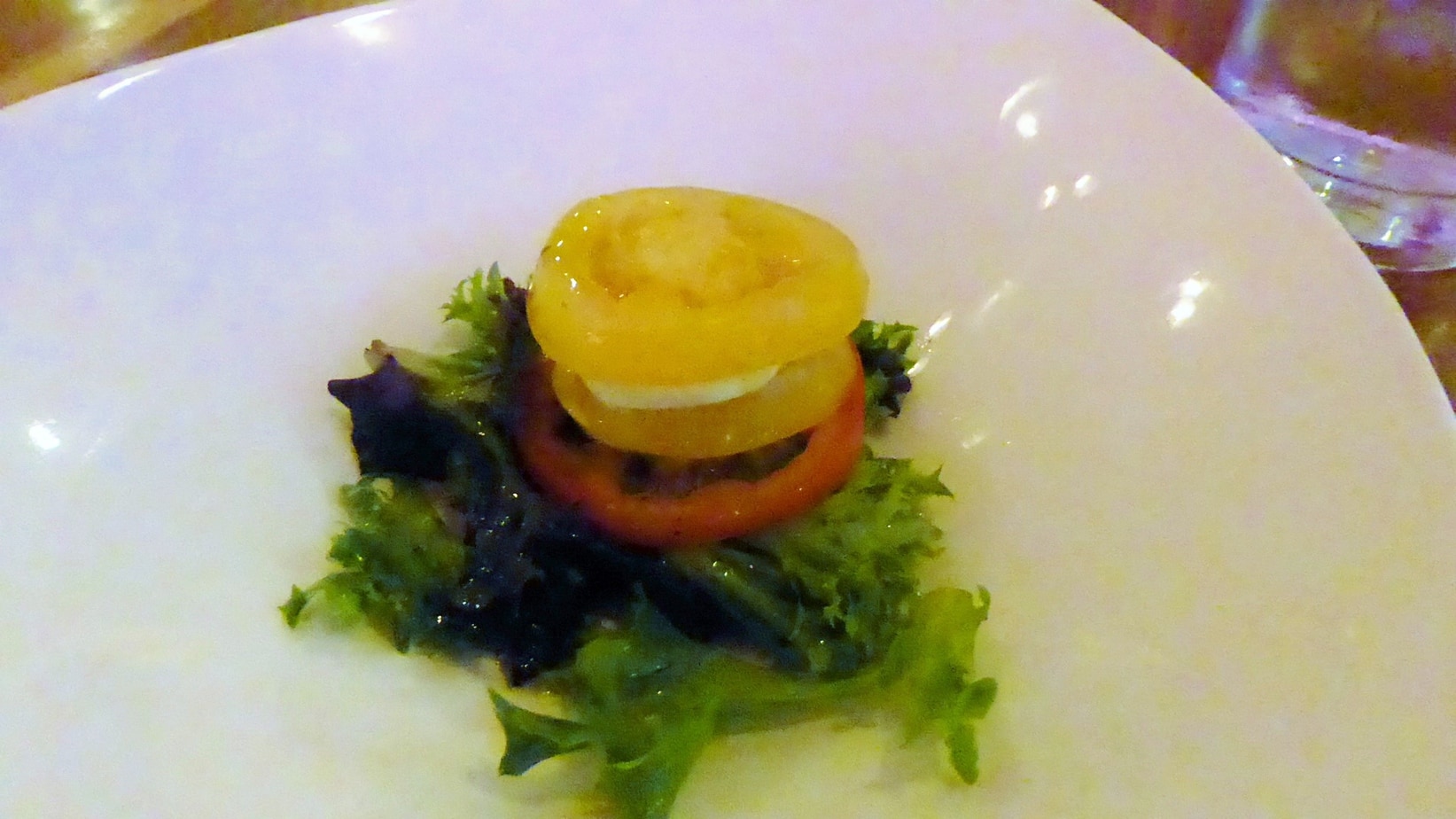 I had the salad and found it to be well seasoned with really delicious summer tomatoes.  I could have had more bocconcini, of course!  Hubby and kid number two had the soup and allowed me to have a taste for research purposes. I couldn’t believe how much flavour they had packed into that bowl of soup. It had great depth of flavour and a nice little kick at the end. I’ve always felt that the quality of a soup in a restaurant speaks volumes on the quality of cooking that happens in the kitchen. It’s not easy to make great soup.

The choices for second course were Smoked Salmon Crepe with Dill Cream Cheese OR Seared Pork Belly with Tonkatsu Sauce. For myself, hubby and kid number one it was a no brainer. We happily chose the pork and it was definitely worth it. Kid number two is currently on a crepe spree so she went with the crepe. She let me have a try and I have to say this dish was the let down of the night. The crepe was really thick and doughy but the filling was good. 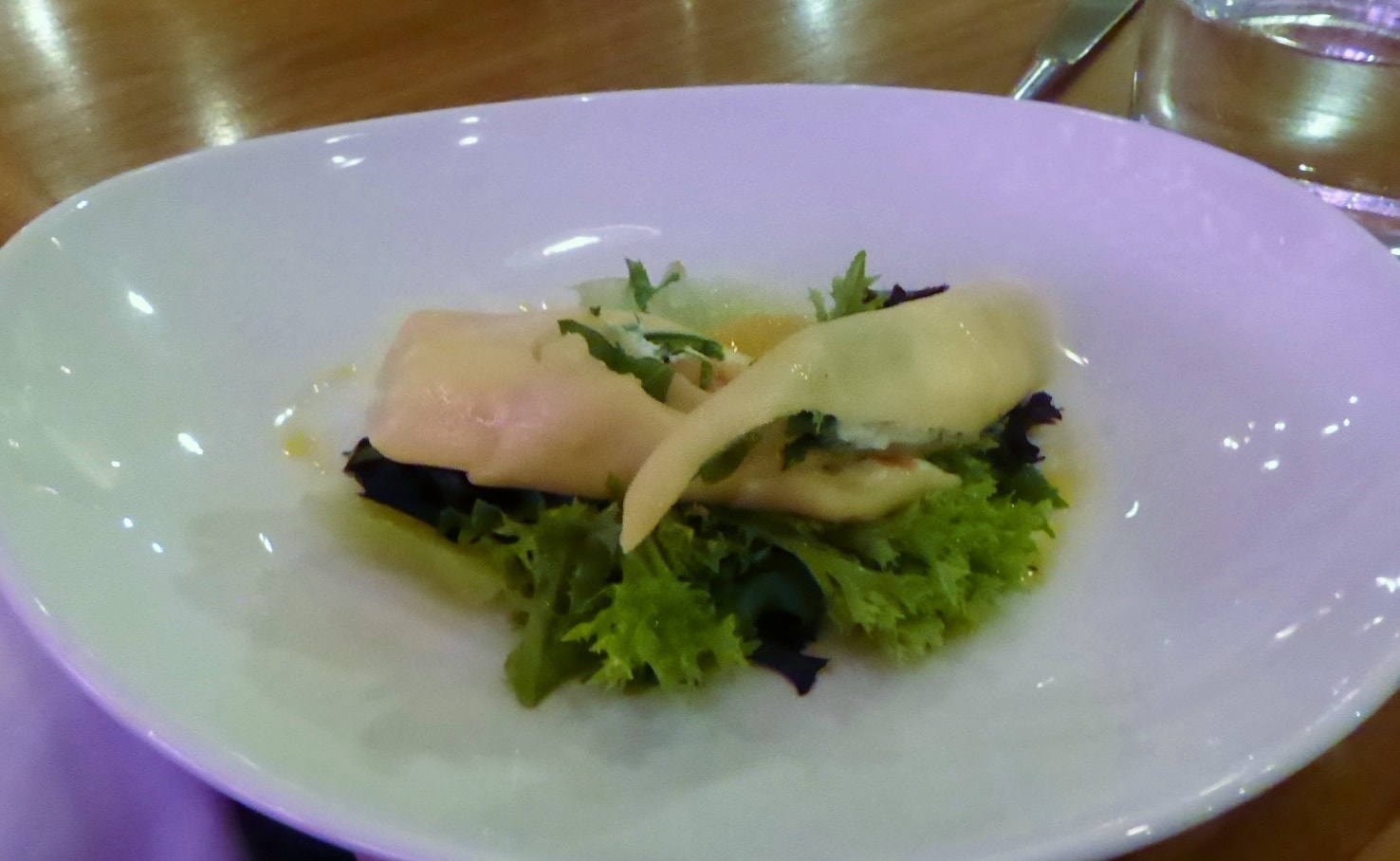 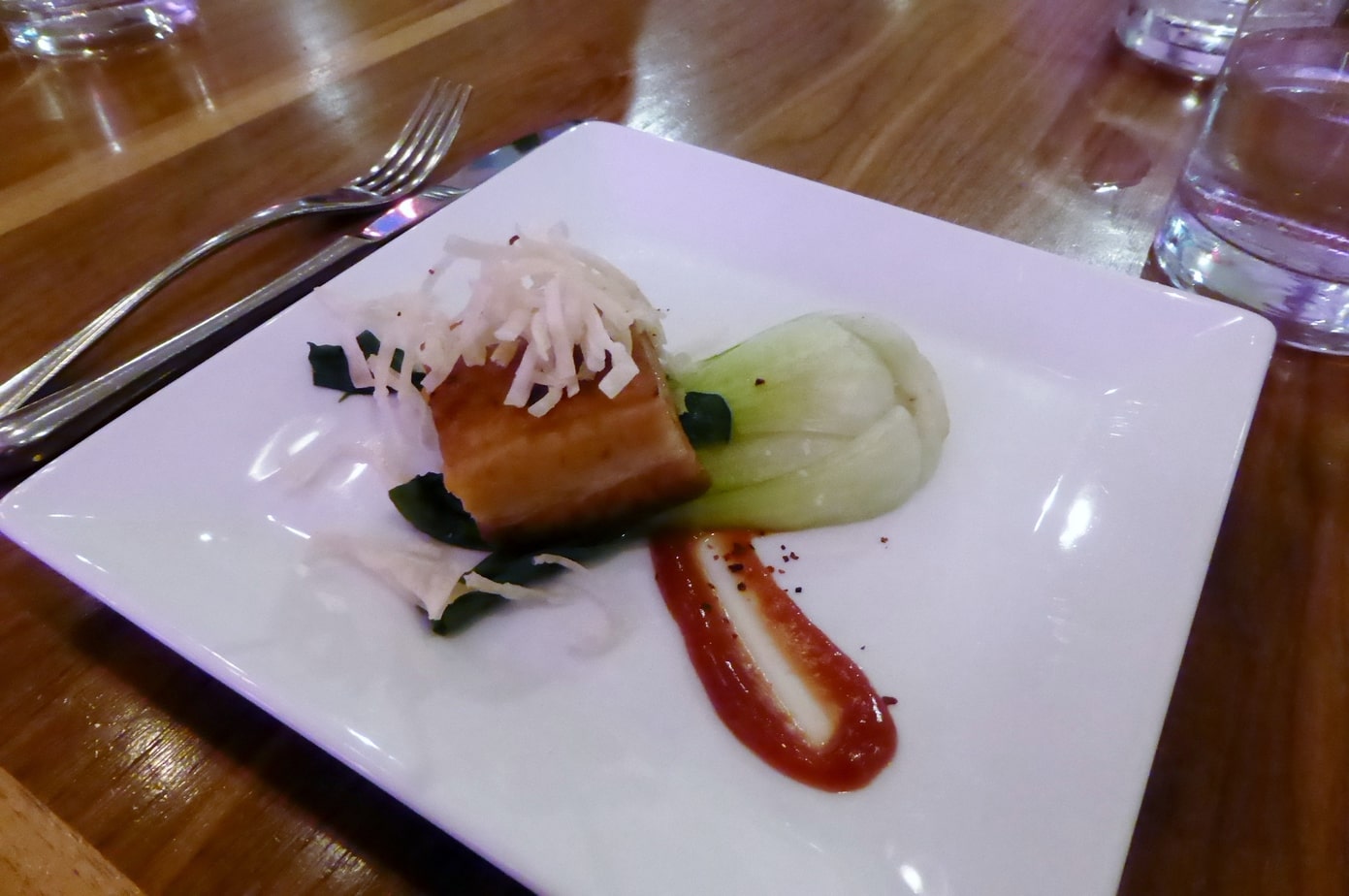 I really want to apologize for the photos…the dining room was super dark AND we were sitting next to a HUGE wall all lit up in pink. It was a challenge to say the least. I took a picture of it in case you didn’t believe me. 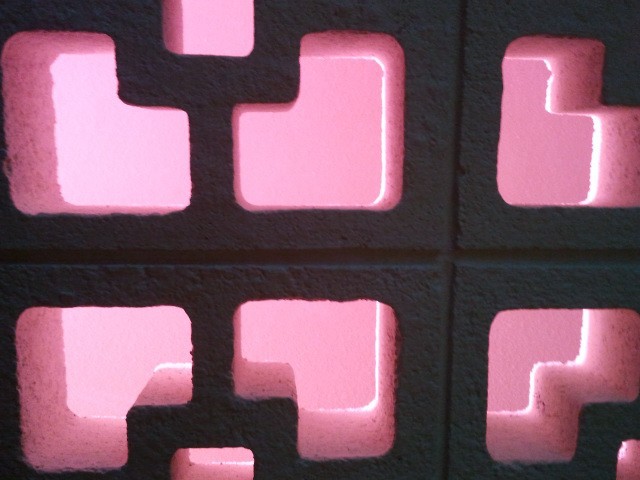 Our third course options were probably the most well received. Kid number one went with the Red Curry Braised Lamb Shank. He was super impressed with the flavour and absolutely loved the accompanying mascapone laced mashed potatoes (he says he’s not too keen on remembering the broccolini). He let us have a taste and the braise was lovely and rich…but it sure didn’t taste like Red Curry. In fact as I was writing this I had to do a double take at the menu and ask him if he remembered any Curry flavour at all because I sure didn’t. 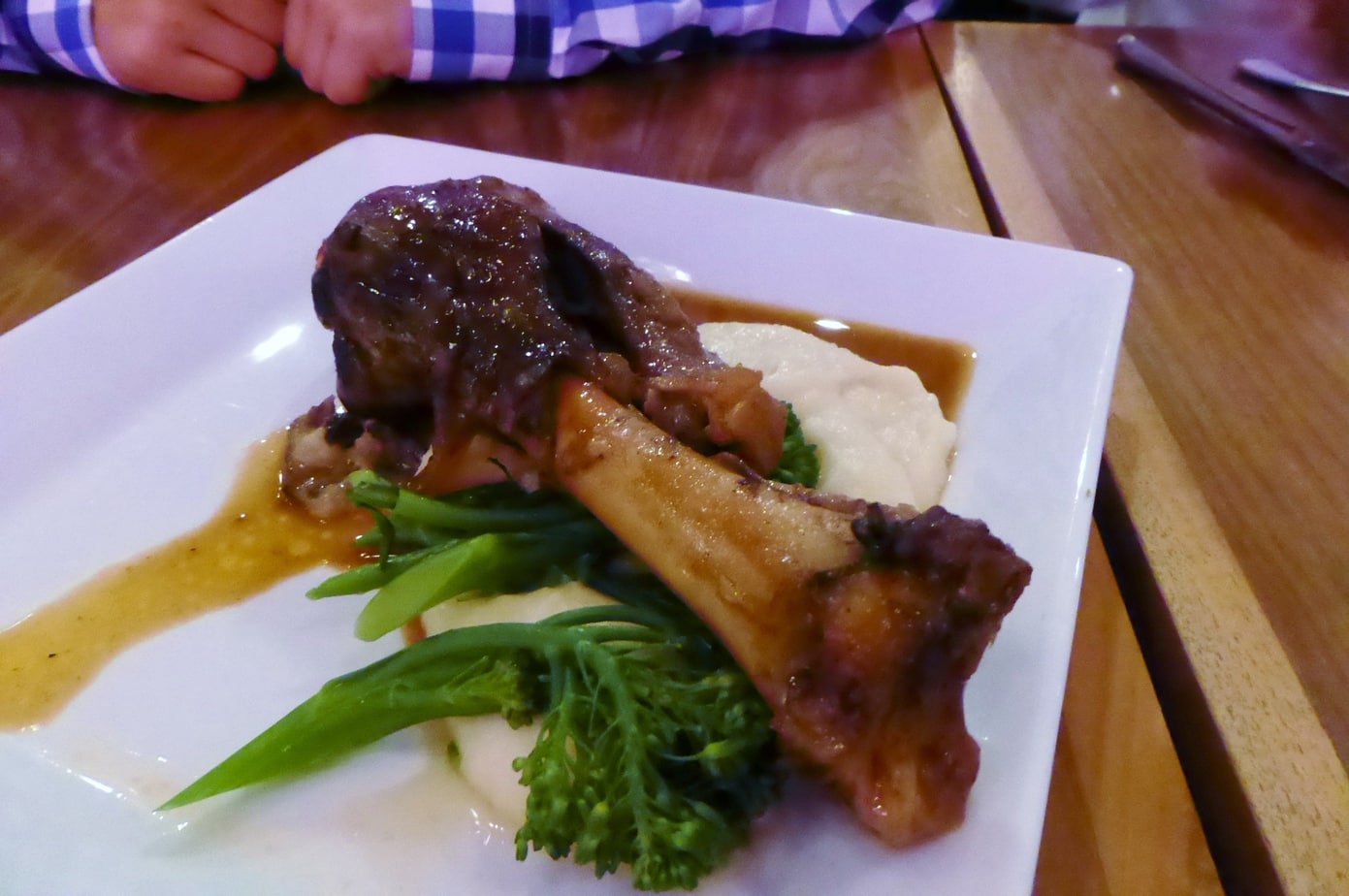 The rest of the family chose the Roasted Halibut on Saffron Risotto with Heirloom Tomato Salsa and Arugula. We were all really impressed as the fish was cooked perfectly as was the risotto. 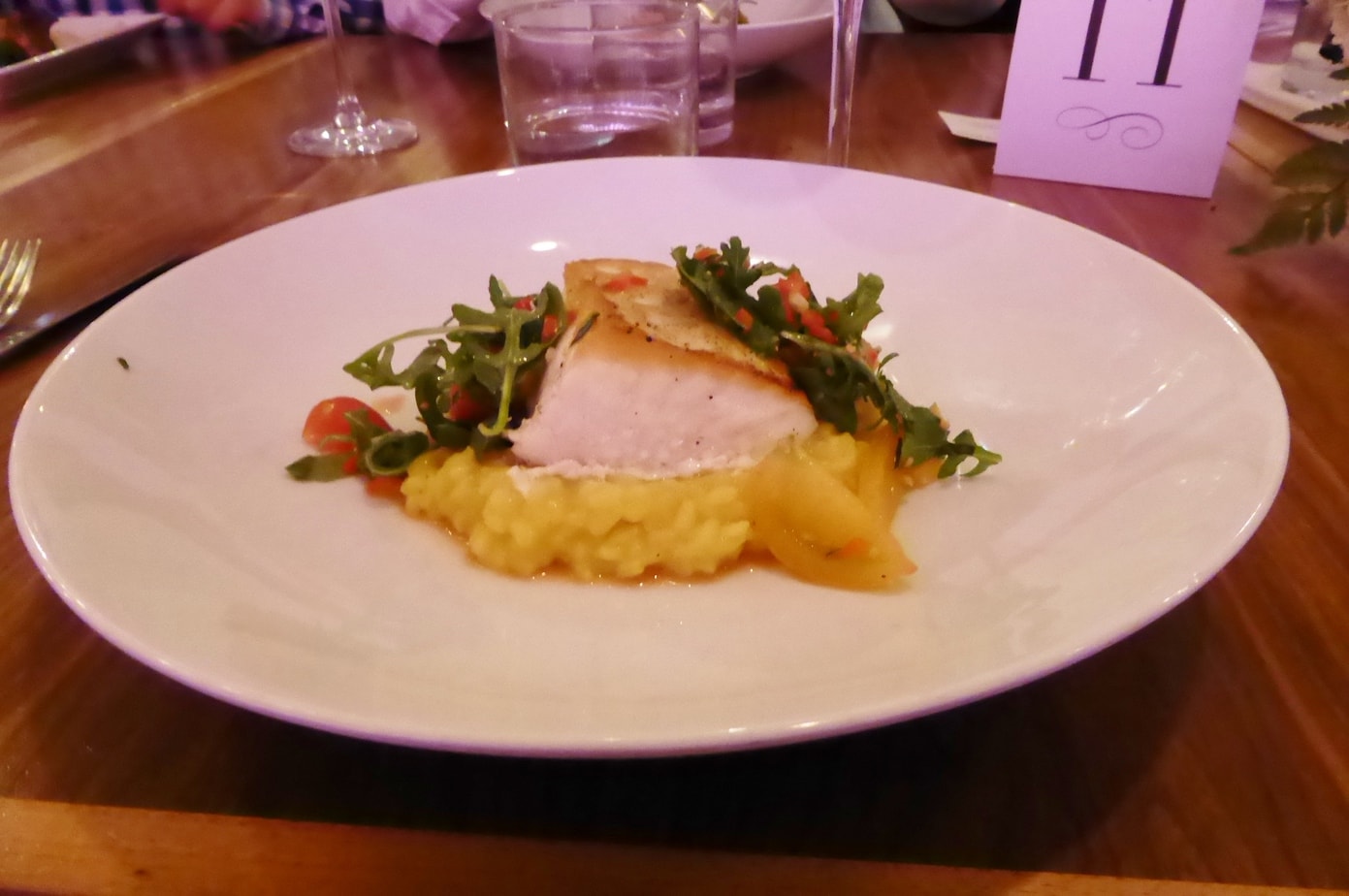 I know both A and N are really big into desserts. A especially loves his chocolate so I knew the Chili Chocolate Pot de Creme with Sour Cherry Compote would be his choice.  Hubby and I had to agree with him. The chocolate was super smooth with a little kick of chili at the end. 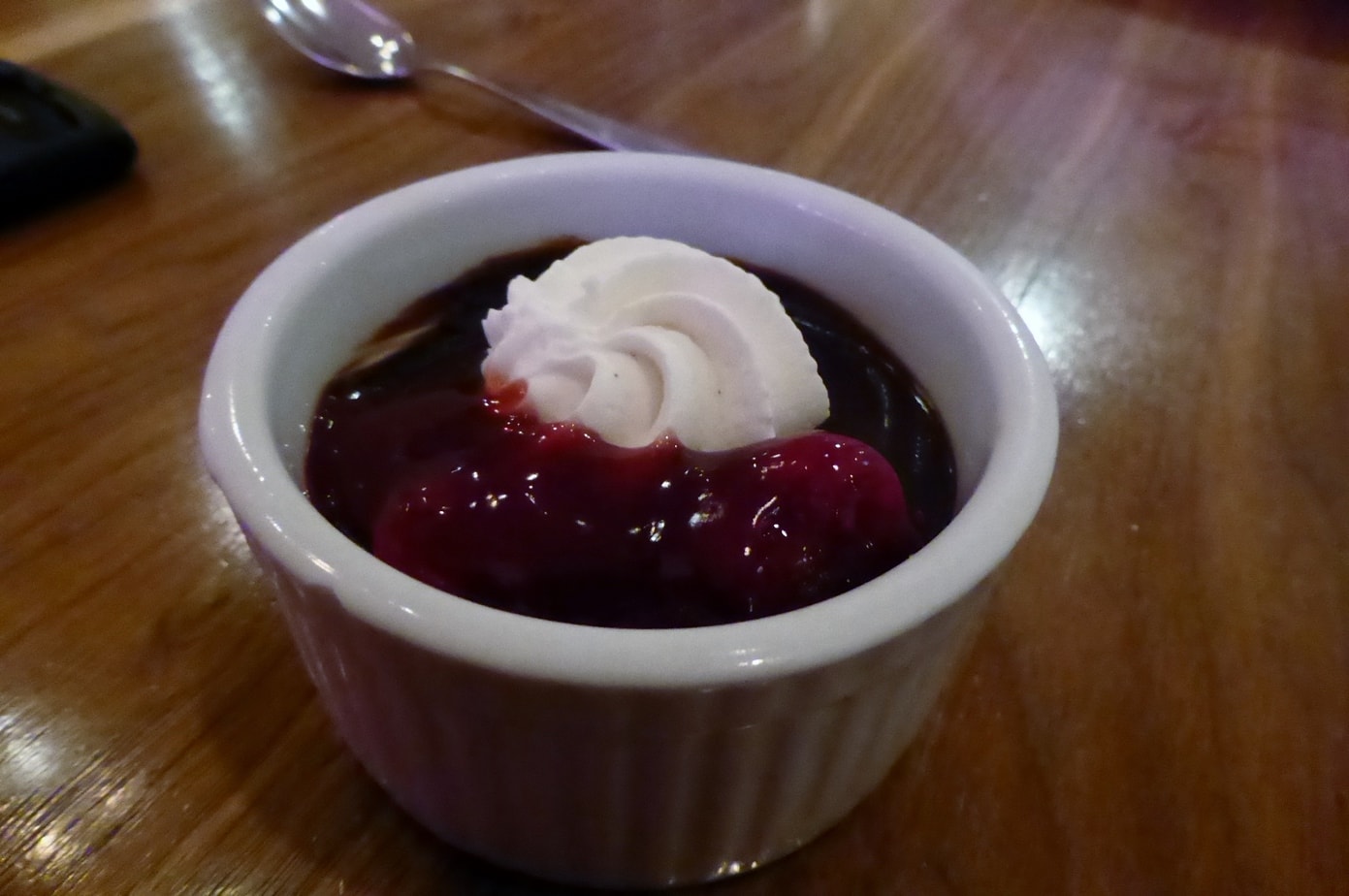 Kid number one was thrilled to have the Summer Berry Pavlova 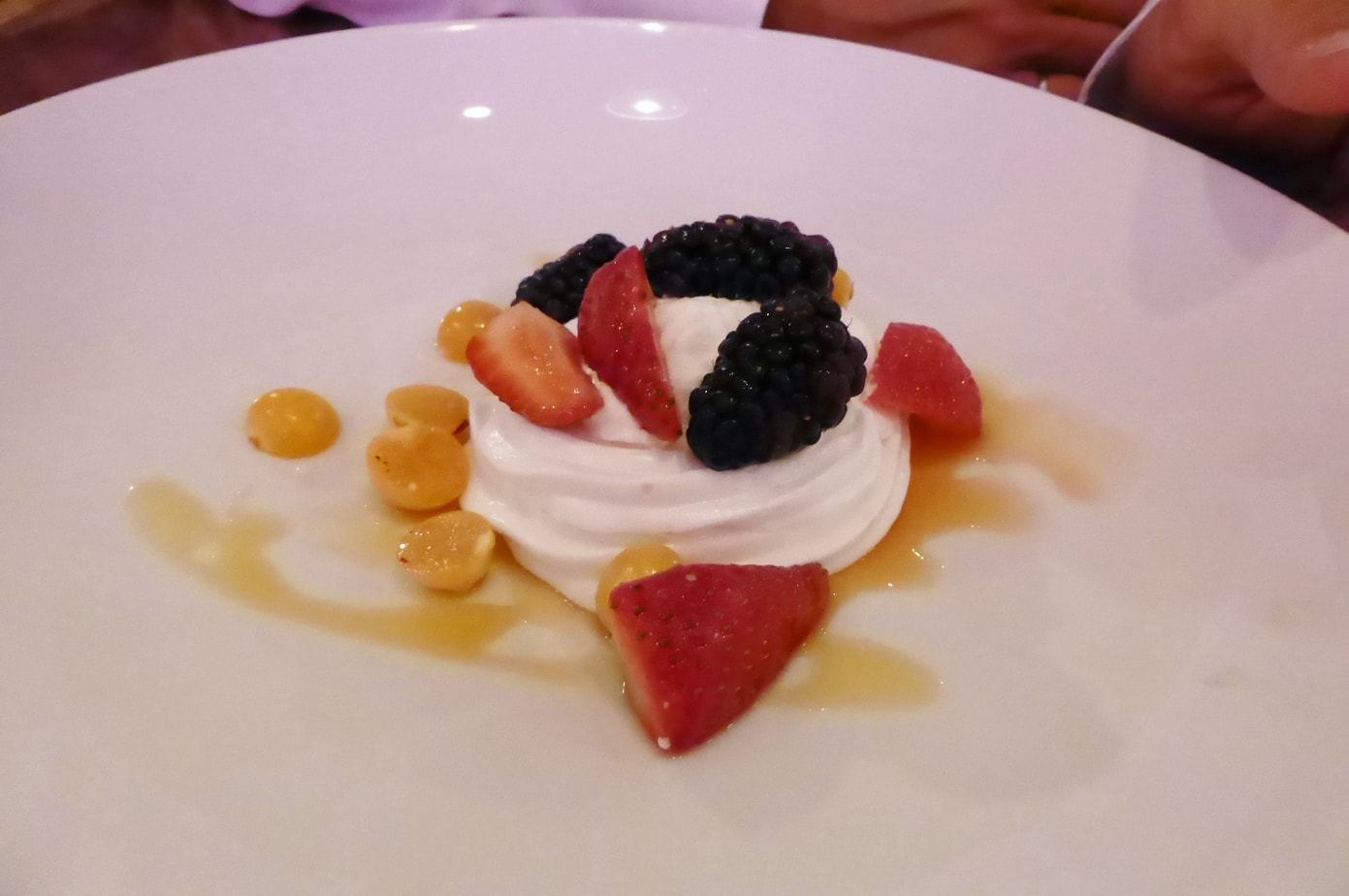 And kid number two was happy to have the Trio of Sorbets. I was a bit envious because at that point in the evening the room was so warm half of our table was falling asleep. I think the dining room was definitely at full capacity and there was pretty much no air left by the end of the night. 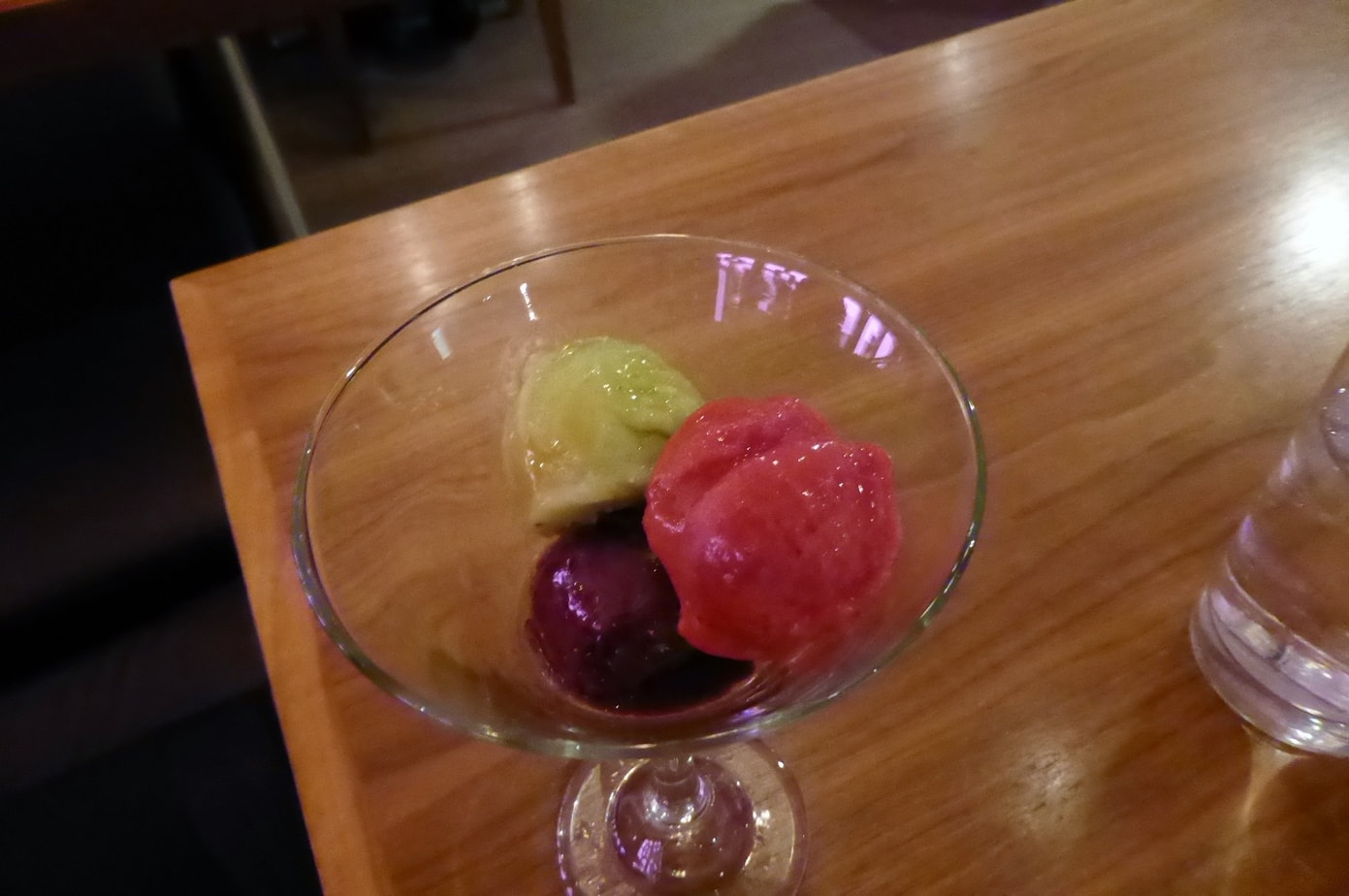 We stayed to watch A and N have the first dance of the rest of their lives together. They looked truly happy and ready to take on the world, one dance at a time.

The Art of Italian Food at 500 Cucina