I’ve been wanting to cook with duck fat for a while now but the only time I’ve seen it was in an over priced market. I made a trip the The Better Butcher the other day to get ground lamb and found that they also sold duck fat in frozen chunks. I bought some to bring home and it sat in my freezer for a while until I decided to use it to roast some kipfler potatoes. Duck fat has a lower melting point than butter and is higher in Omega-6 and Omega-3 fatty acids than olive oil.  It is also high in saturated fats. In France, particularly the Gascony region where they eat a lot of duck and fois gras, heart attack rates among middle aged men are much lower than in the US (80/100 000 compared to 315/100 000). I guess I’d better add more Fois Gras into my diet too! Or maybe it’s the wine…. 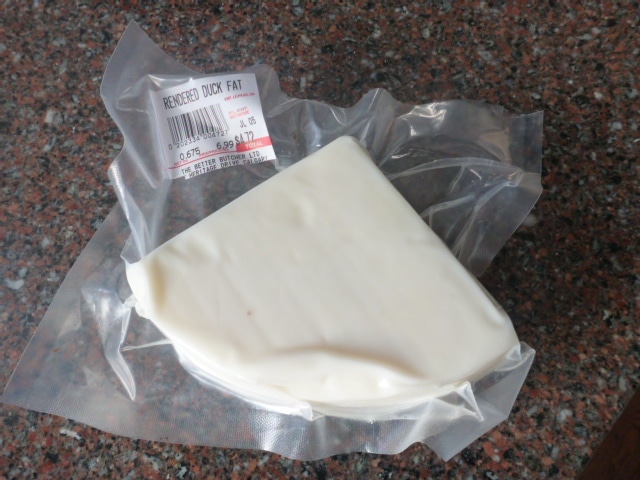