I wish I had a better memory. I can’t for the life of me remember where I heard someone say that the best of cooks are not those who can create a tasty meal of individually fresh ingredients, but are those who can take the left overs from the fridge and create something totally new and tasty. But ever since then I really try to make the best of my leftovers. Sure, we could just re-heat them in the microwave but where is the fun in that? It’s still the exact same thing you ate yesterday, or the day before, or in my mom’s case a week ago. Cringe.

So, between karate and making Euro-rail bookings I realized that the family still expected me to feed them lunch on Saturday even though there was a fridge full of leftovers which included:

3) A whole container of roasted cauliflower we didn’t eat Wednesday night because I had to volunteer and couldn’t finish making the rest of the meal.

4) One serving of Spring Pea and Truffle Risotto.

The last ingredient did it for me and I decided to torment my family with ‘fridge soup’ yet again.  I just love me some soup with rice, who knows why?

To begin I sauteed some diced onions in a pot, then added a couple (3?) minced cloves of garlic when the onions were translucent. Next, I added the mashed potatoes (2 cups) and the roasted cauliflower. I covered everything with a good layer of chicken stock and let it simmer for about half an hour. Next, I got out the blender and pureed the hot soup in batches, increasing the amount in the blender pitcher until I could no longer hold the lid down and hot soup spattered everywhere. It was not a magical kitchen moment and I don’t recommend copying this part of the recipe because the hot soup was slightly painful.

After all the soup was smoothly pureed, I increased the heat a bit and added the solidified bowl of risotto. As it warmed I was able to break it into pieces so that we eventually had a creamy soup with rice bits in it. I did add some half and half cream to thin it out a bit as well. 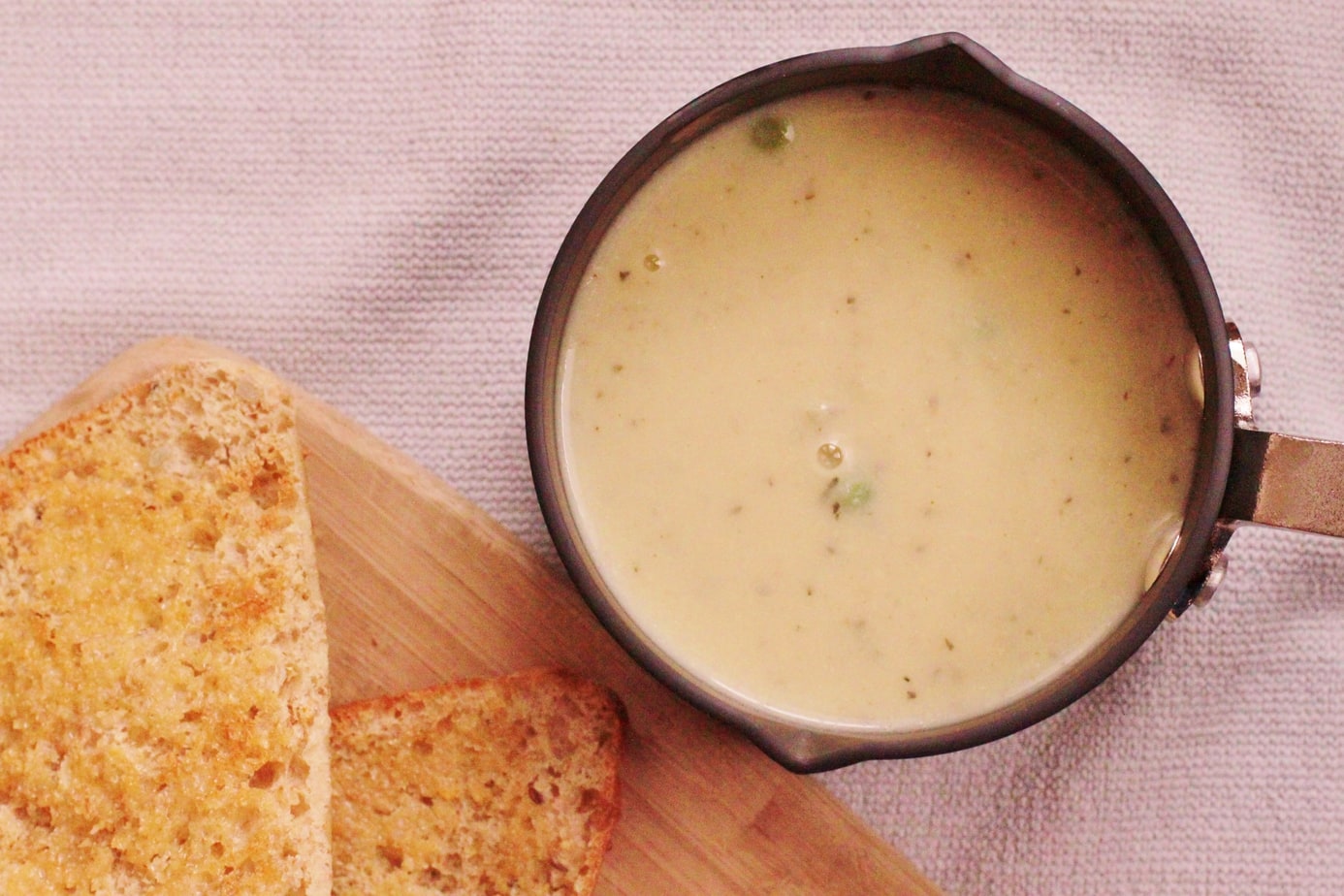 The resulting soup was really amazing. I don’t really want to toot my own horn,  but damn! That was probably the best soup I’ve ever made. Picky kid number two even requested it for dinner again Sunday night. Good thing I had made a lot and there were leftovers!