Something Completely Different-In My Kitchen

If you’re a Monty Python fan you’ll know what the first portion of my title implies. My family can’t go without referencing some sort of Monty Python skit at least several times in one day. Heaven forbid I bring them to a cheeseshop, or a pet shop…

A few weeks ago I was inspired by a new blogger (I feel so old and experienced saying that!) to do somewhat non food related post. Lisa the Gourmet Wog was also inspired by a fellow Aussie blogger Fig and Lime Cordial and who knows who or where this neat little blog post inspiration will go next.

So, thanks ladies for the posts and here is a portion of what is ‘In My Kitchen’

Home made raspberry jam is a staple in my kitchen. As is blueberry. I think I’ll add some strawberry/rhubarb to the pantry as well. 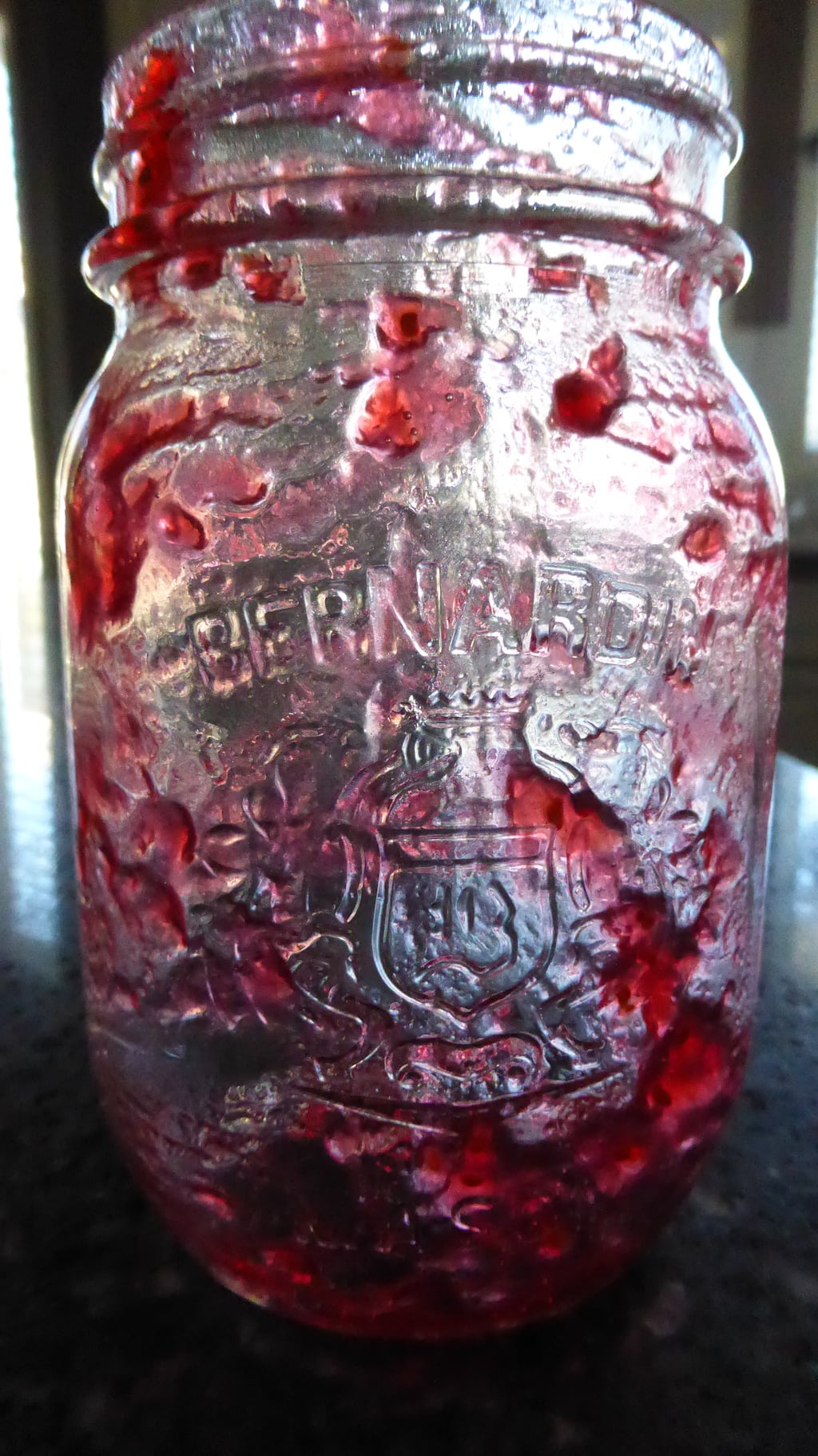 A balloon octopus left over from a party we went to several weeks ago…with a Russian. ’nuff said. 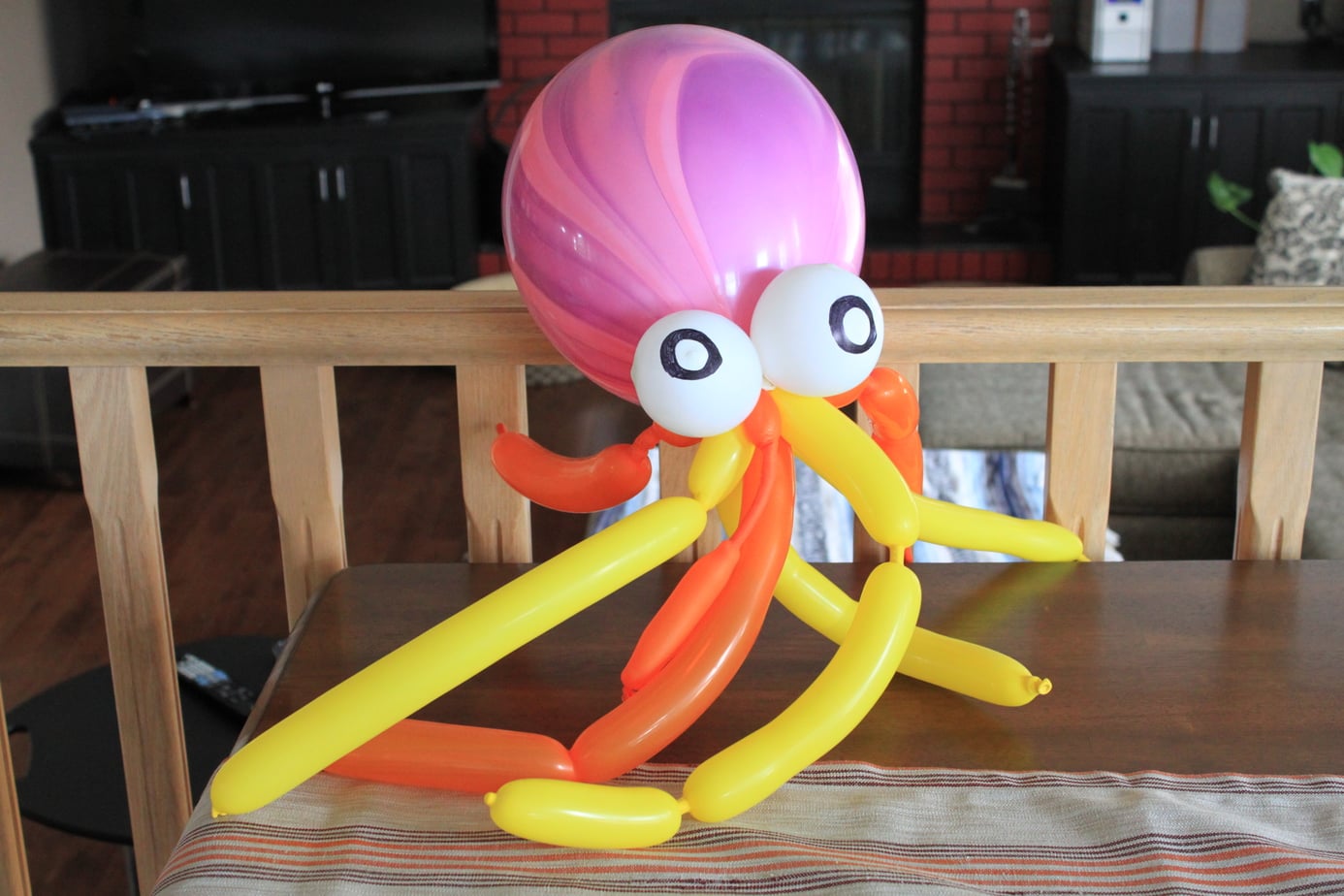 A Gnomicidal Gnome. Possibly because he was hand painted by me. It took hours to paint him and I put a lot of care and effort into creating him. But then I made the mistake of setting him ‘out of the way’ on top of the fridge. Once in a while he would get closer to the edge and we would save him from imminent death. But he was a very determined gnome. He finally succeeded in jumping May 29, 2013.

However, my hubby is handy with glue. I don’t think ‘Larry’ is too happy about that. 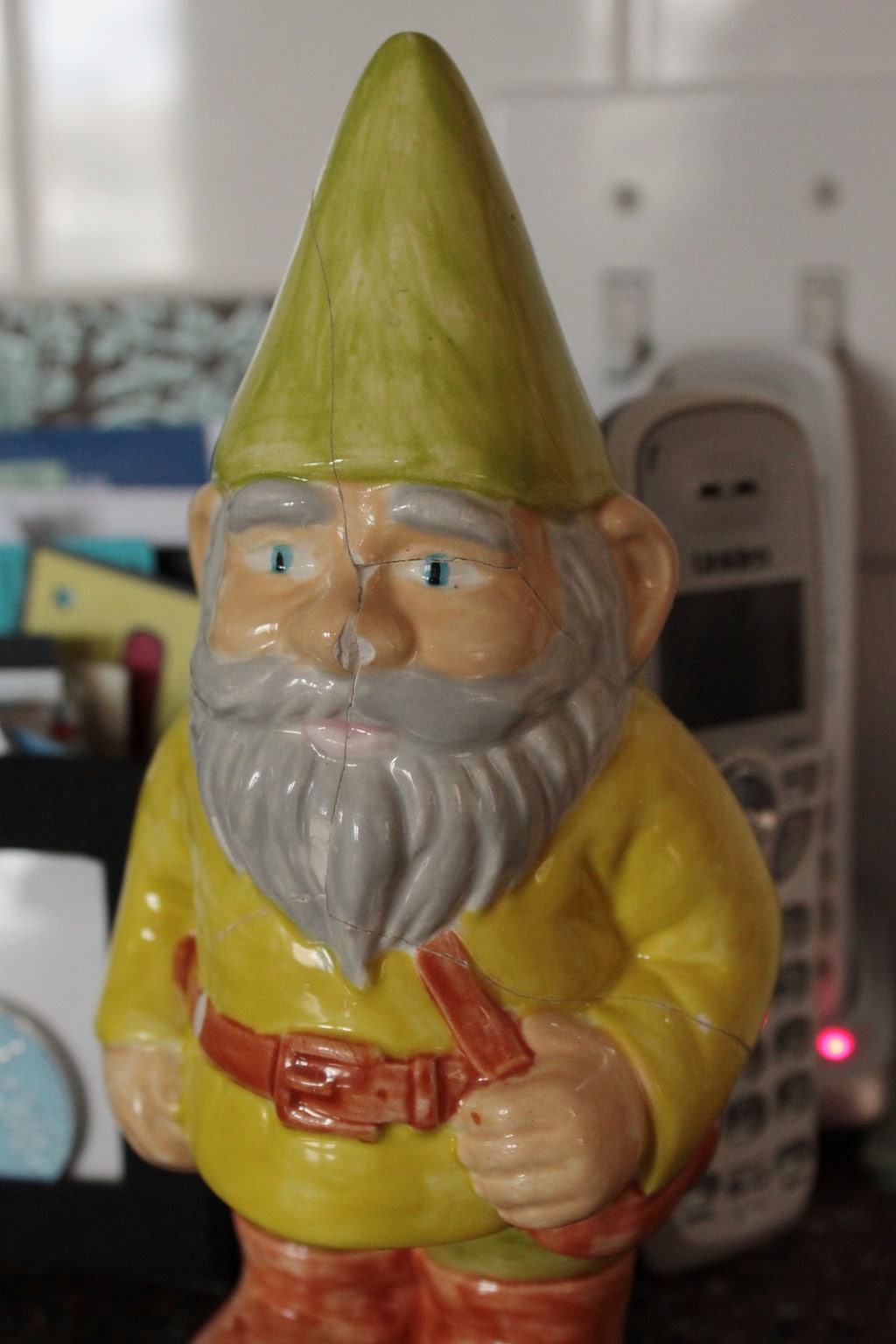 I try to buy myself flowers almost every week. I don’t spend a lot but these tulips were an absolute must have. 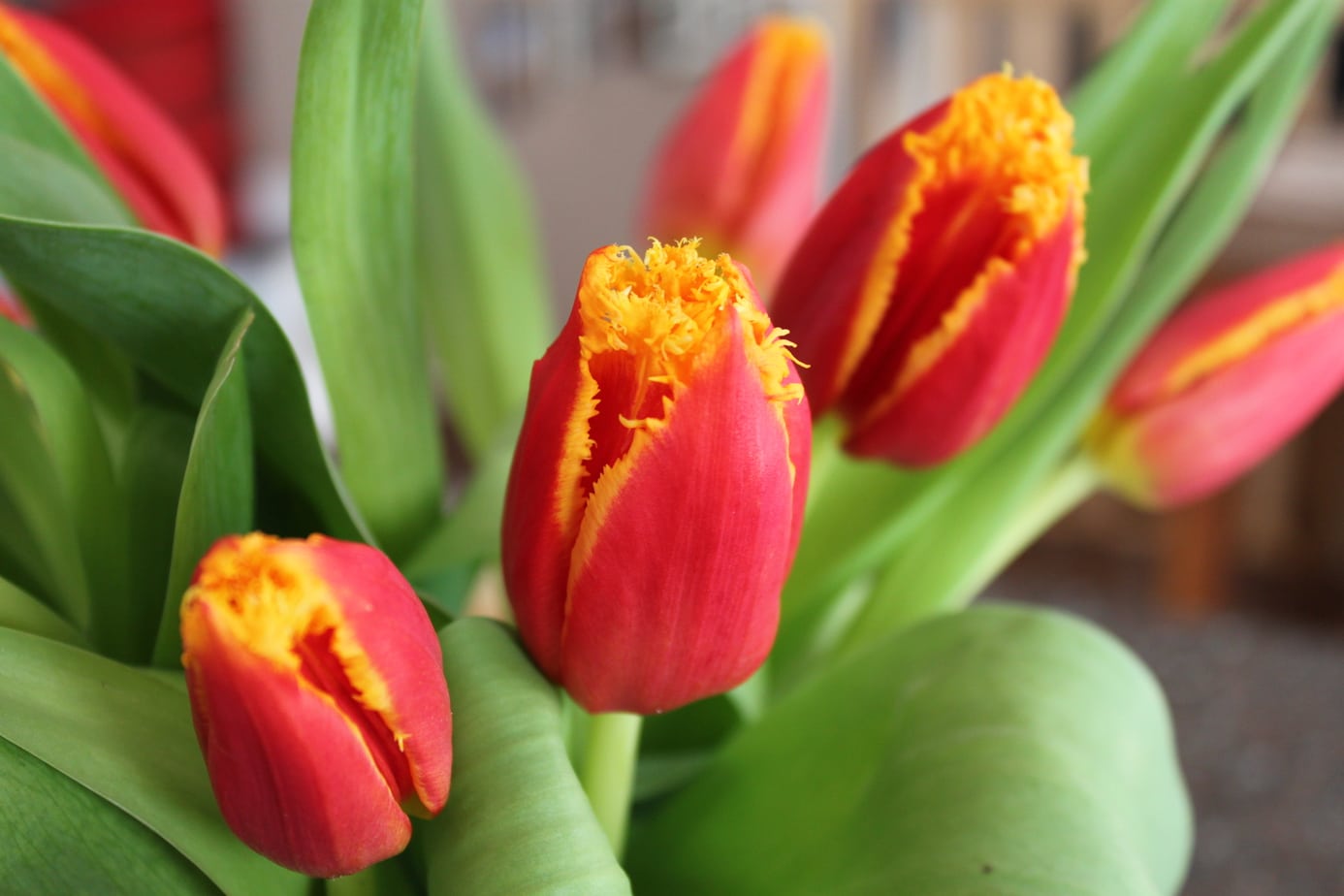 And two hand carved weiner dog figurines. Because I love my doxies. 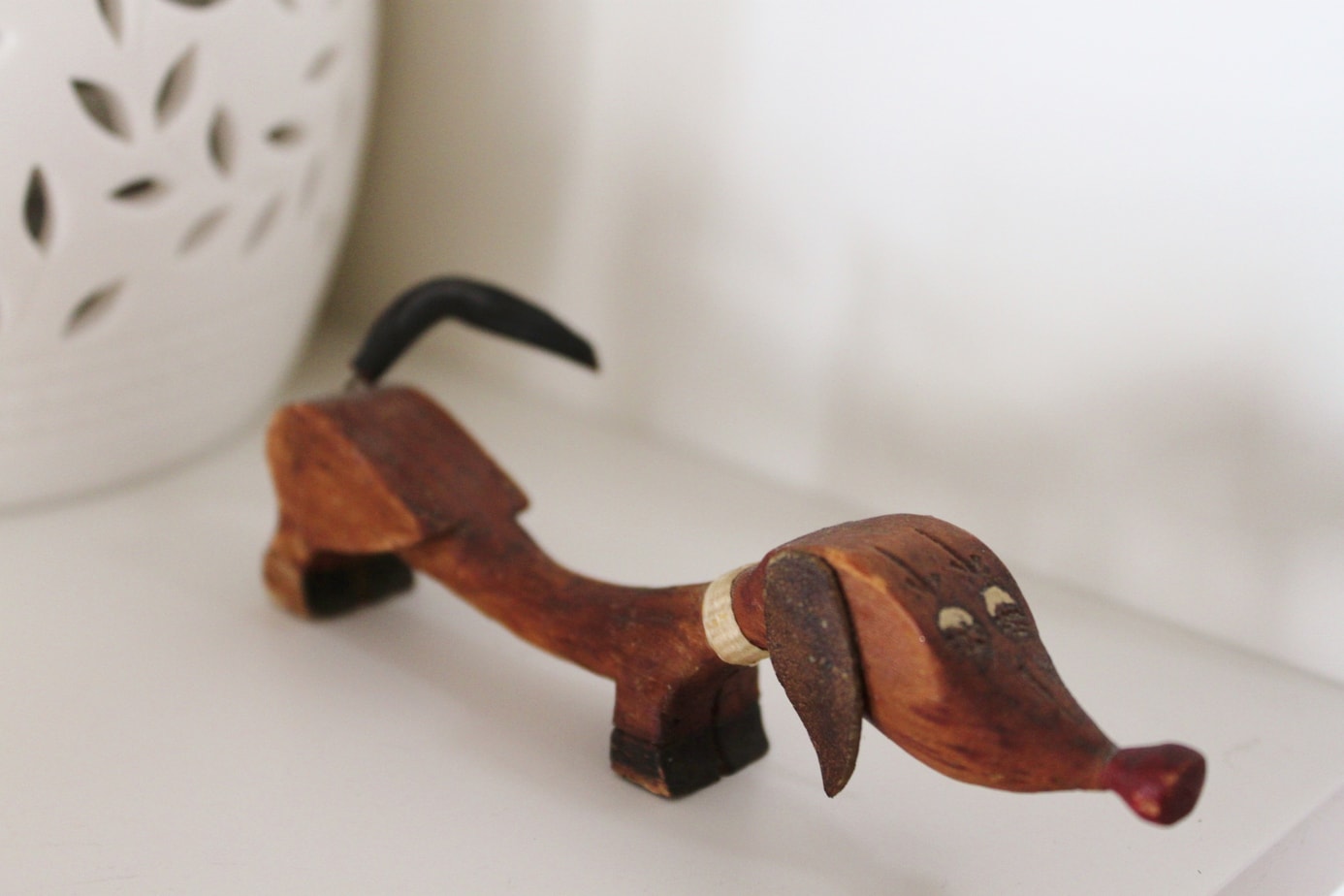 In My Kitchen September 2014