It’s Sunday and I’ve magically managed to avoid making breakfast and lunch because the family really doesn’t want to catch my ‘mother of a cold’. They’ve done well. Picking up muffins for breakfast and eating the leftover bolognese sauce I made in copious amounts on Friday. I was well prepared (food-wise)  for the onslaught of a pounding headace, runny nose and scratchy throat. All I had left to do was nap with the dogs and make the occasional cup of tea. That was until Sunday night, when the inevitable Sunday Roast started beckoning. I had sent hubby out in the blowing cold early to pick up a roasting chicken and some potatoes because I knew I wouldn’t be able to handle doing anything ‘too gourmet’. Whatever that means. My intention was to roast the chicken and potatoes in one pan, adding rosemary, lemons to it and seasoning the heck out of it. I also peeled some baby carrots I got a while back at the Farmer’s market. I did plan on doing something new with them though. A burned butter sauce. Really, it’s not that crazy. Just heat the butter until it turns brownish, add blanched carrots and you’re done. 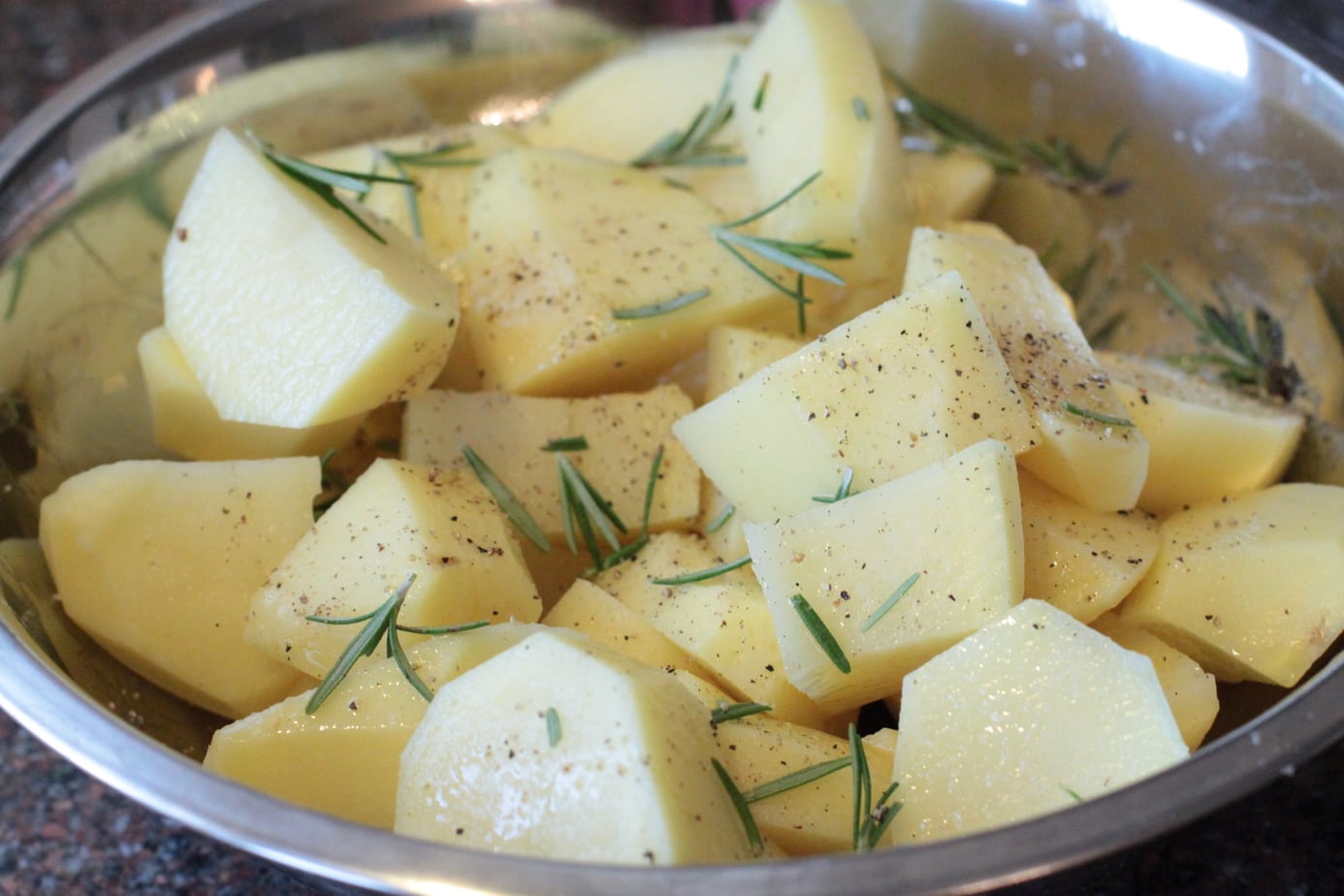 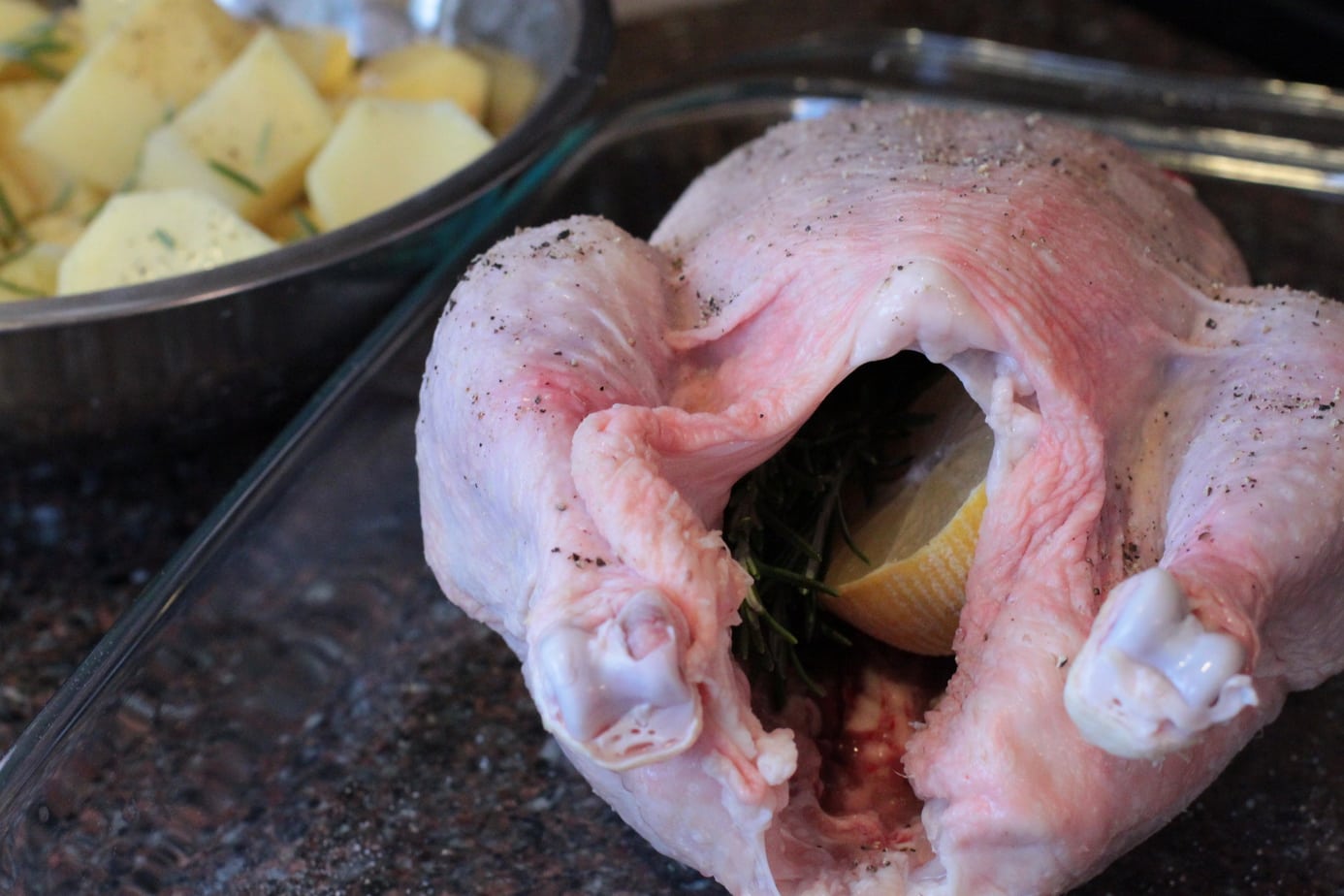 I threw half of a lemon and a sprig of rosemary into the chicken cavity then added the seasoned potatoes around it. I let it roast  for about 1 1/2 hours at 400F on roast cycle. I checked the chicken and decided it needed another half an hour under foil to be fully cooked. 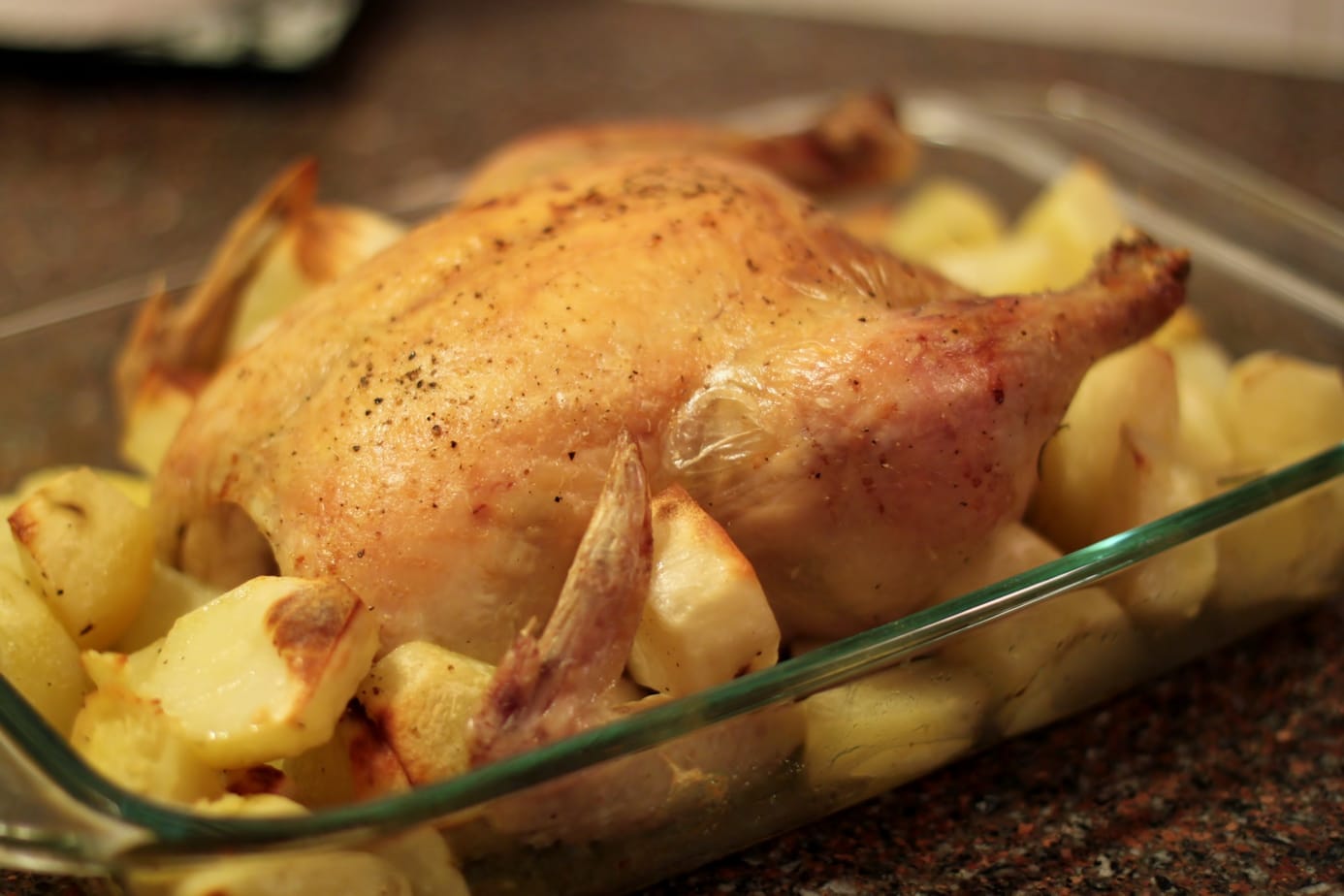