I’m very excited for our upcoming spring trip to France, Normandy and Belgium. To get in the ‘Euro’ frame of mind I decided to roast the pork loins I had in the fridge, french style.  I checked Allrecipes and decided this recipe was a good recipe base to start our Sunday roast.  I had to hurry so that it would be ready before church so at this point I wasn’t really sure if we were eating before or after! I sent hubby to the store to get more (!) garlic and some fresh rosemary. While he was gone, I started on the mustard rub.  Two teaspoons of lemon zest, 6 cloves of garlic, salt and pepper. I mushed all into a nice paste and later added the fresh rosemary and mustard. 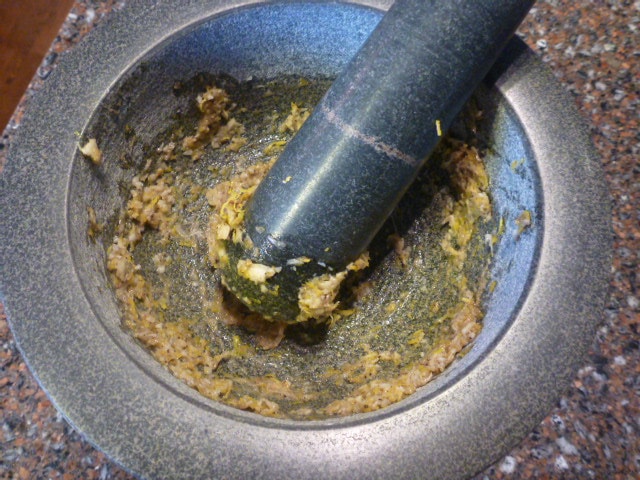 I didn’t have grainy mustard, but a blue cheese dijon mustard would work just fine.  We discussed the possibility of visiting the Dijon region in France, not surprisingly they are famous for their mustard and roasted meat.  I rubbed the paste all over the pork and let it sit for 20 minutes. 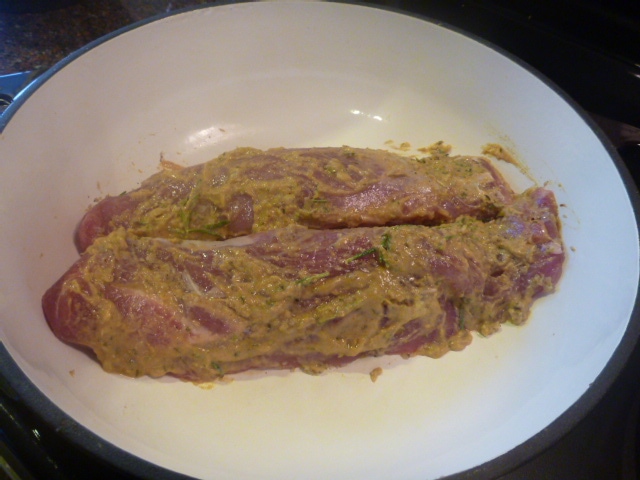 After that, I roasted it for another 20 minutes at 450F and broiled it directly for 5 minutes to get more brown on top. Then  I threw in the vegetable mixture.  For the vegetables I had jarred oil-packed artichokes and the shallots ready in a bowl and added the 10(!) garlic cloves when hubby came back from the store. 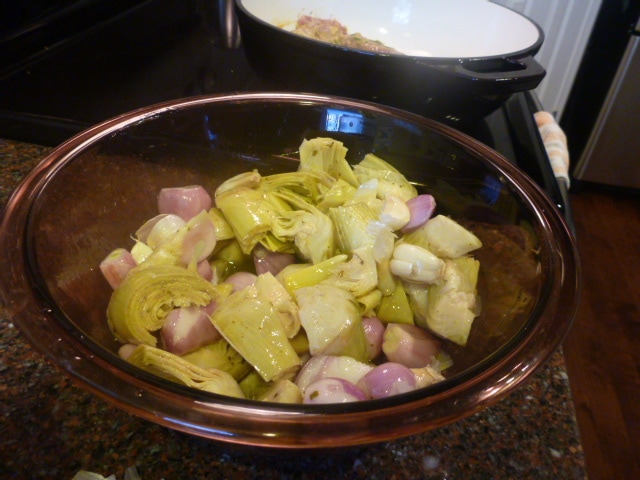 Since the two loins I had started with were smaller than the one used in the recipe, I was able to cut the cooking time to 30 minutes. I’m happy to say the pork was done perfectly, just a tiny bit of pink but no ‘porkiness’ from the blood. We were all amazed at the flavour of the meat and I was glad I used non grainy mustard. Kid number two decided to give the artichokes another chance and ended up eating them all. She says they taste like lemony pickles and now she loves them.  I am happy to have finally succeeded in changing her mindset on at least one ingredient.  Some fresh steamed haricots verts and our french meal was complete. 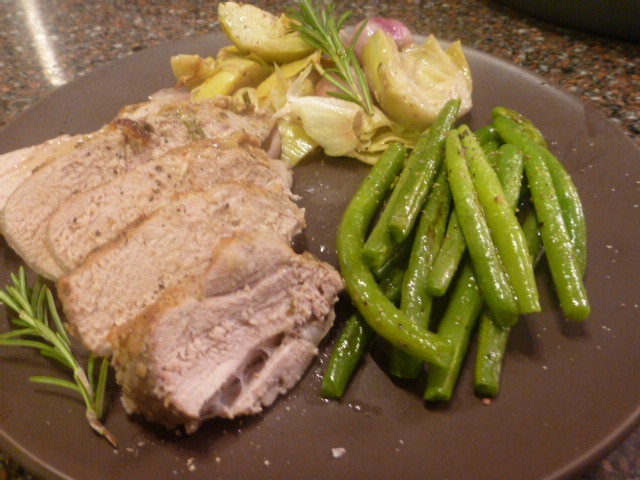