Whew! It’s Monday and I’m still catching up on posts from last week. I hope you don’t mind me sharing some of our mid week dinners with you. Often the photography isn’t that great because we so often are eating when it is dark out. I have yet to master taking pictures in our dimly lit kitchen. One thing that I really hope will help is a soft light box. I made one this weekend using 3/4 inch PVC tubing and some corner 3 way joiners. Then I went to the fabric store and bought 2 1/2 metres of light cloth. Lots of cutting,  sewing and ironing later and I have a finished soft light box. Apparently, I should be able to stage my food dish inside and shine a ‘natural’ light onto the top. The light is diffused but is also strongest at the top though it also bounces off the sides so that the subject is lit from all angles. Pretty interesting theory and I can’t wait to test it out.

Back to the pork!  This dish is one of our favourites. It mostly relies on getting the balance of the sweet and sour sauce. I usually use at least a bit of ketchup to get in some umami but I didn’t have any so the sauce was 1/4 cup water, 2 tbsp soy sauce, 3 tbsp brown sugar and 1/4 cup of sweet chili sauce. I’m going on memory here so make sure you taste the sauce to see if it is balanced. I had planned on putting pineapple chunks in as well but then ended up forgetting about them. Large slice an onion and a pepper then stir fry them in a pan until just softened. Remove from pan and add more oil for the pork.  I used to just fry up the pork chunks but now I dredge them in cornstarch first. It makes the pork have a nice little coating and also thickens the sauce. Fry the pork in batches so that the pan isn’t too crowded and all the pieces can get nice and crispy. When all the pork is done, add in the vegetables and about one tablespoon of very finely diced fresh ginger garlic. Let it cook for a bit and then add the sauce. Continue cooking so that the sauce thickens. Serve over rice or noodles. 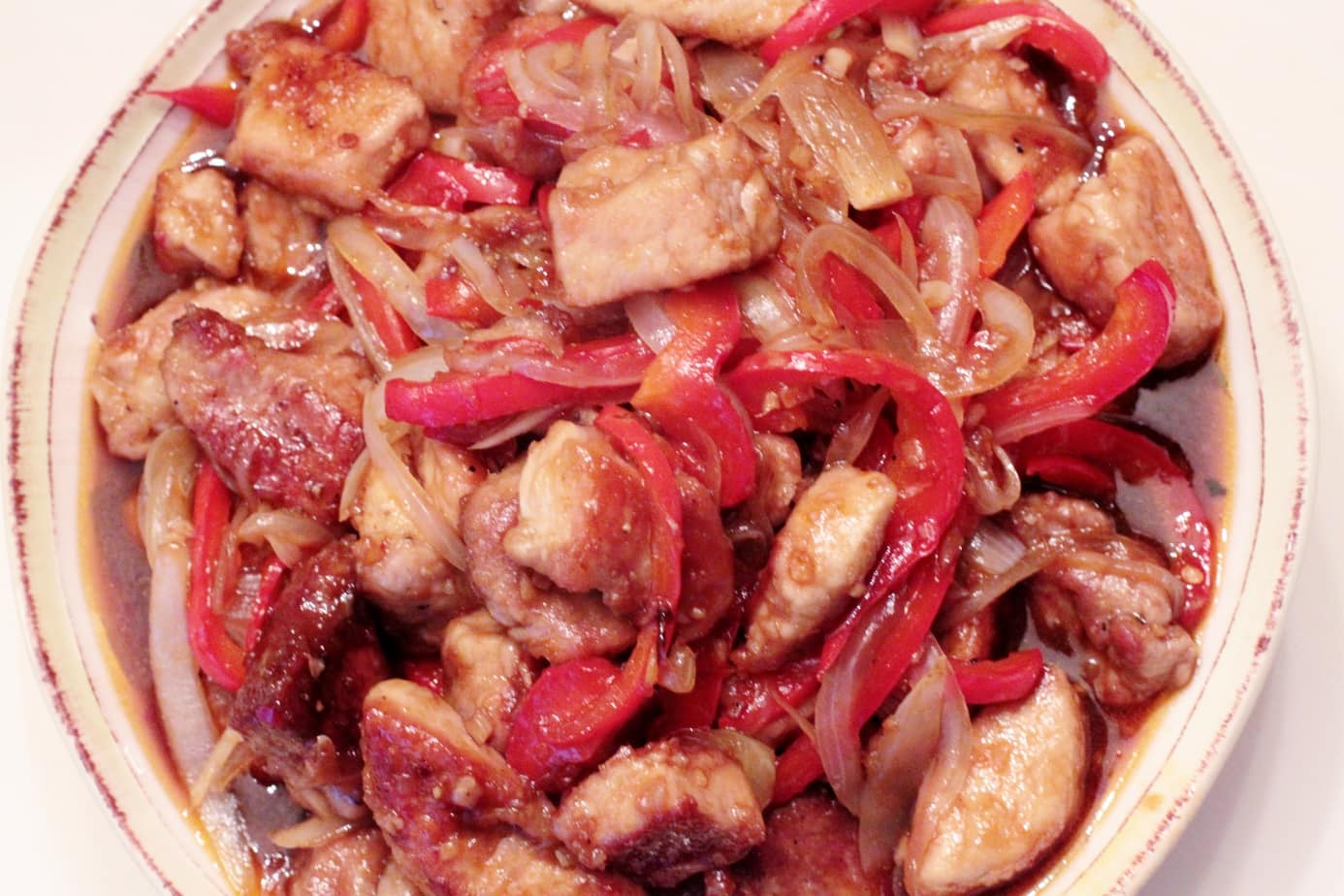