Some friends of ours showed us a new place to eat fish and chips. It’s quite a drive for us, but worth the stop if we happen to be ‘in the area’. And I try to be in the area, a lot! We had a nice little hike in Big Hill Springs Provincial Park and found quite a few geocaches. With the warm weather, the dogs would certainly need a bath when we got home. Washing the dogs, and then making a  full dinner did not appeal to me so I mentioned we should stop at Schooner’s on First. 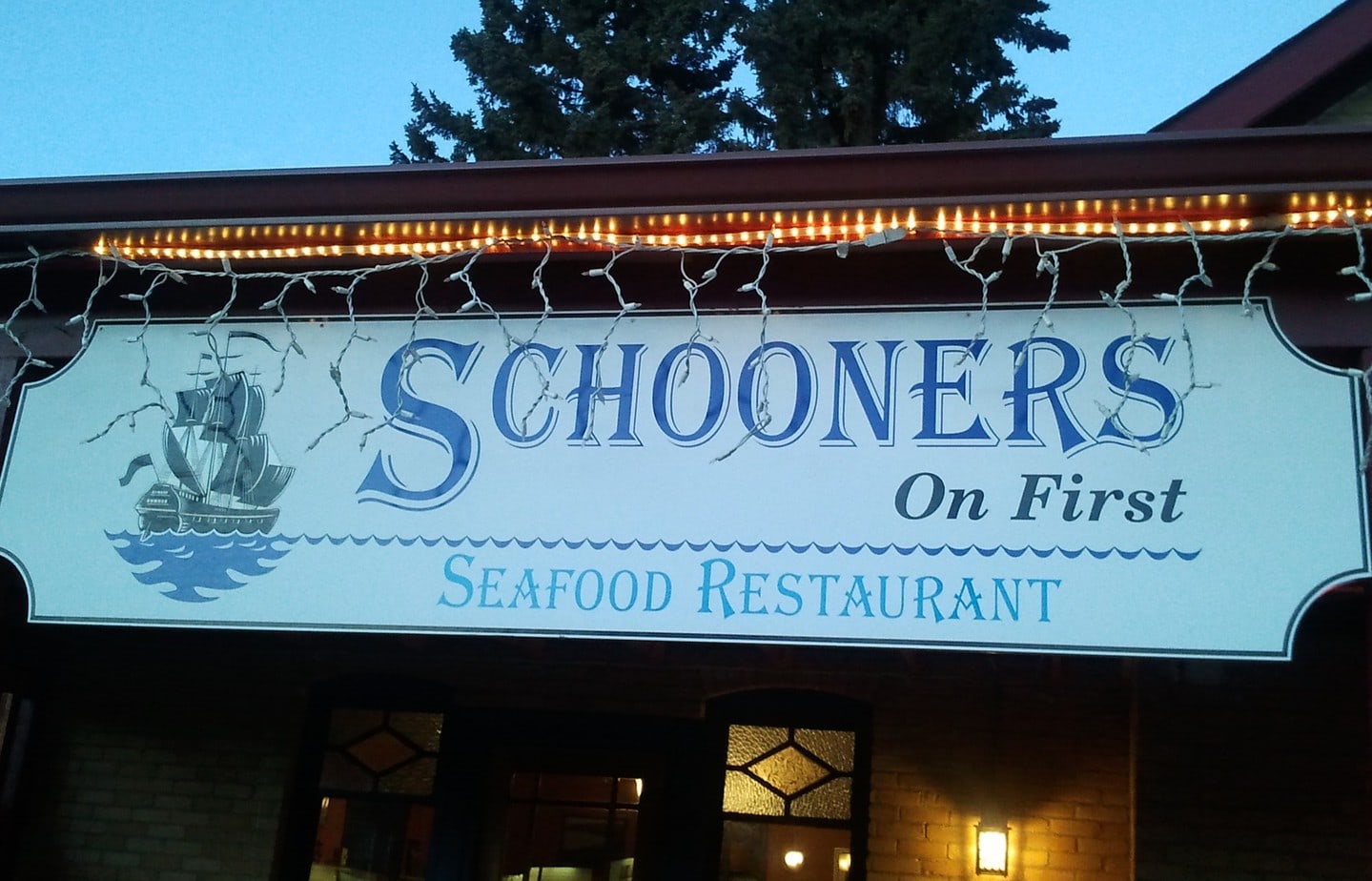 The restaurant is located in historic downtown Cochrane inside the former Chapman home (built 1909). Robert Chapman was a prominent citizen in Cochrane, becoming postmaster and also the mayor of the town. He founded the local Boy Scouts in Cochrane as well. The house became a restaurant in the 1990’s.

While we were there, Schooner’s had a ‘Valentine’s Weekend Special’ and the place was pretty swamped on a Saturday night. I managed to snag the last table while the family was down the street finishing off their Mackay’s ice cream. They had insisted on stopping for the post hike treat and since the shop closed at 6pm, it had to be before dinner! I guess they thought of the ice cream as an appetizer.

Once we were all seated in the table in front of the lobster tank, we ordered our beers (Alexander Keith’s and Stella Artois on tap) and drinks. During the wait for the food, kid number two got to pick out a lobster for a lucky customer. He picked the one I was eyeing earlier as it had really large claws. 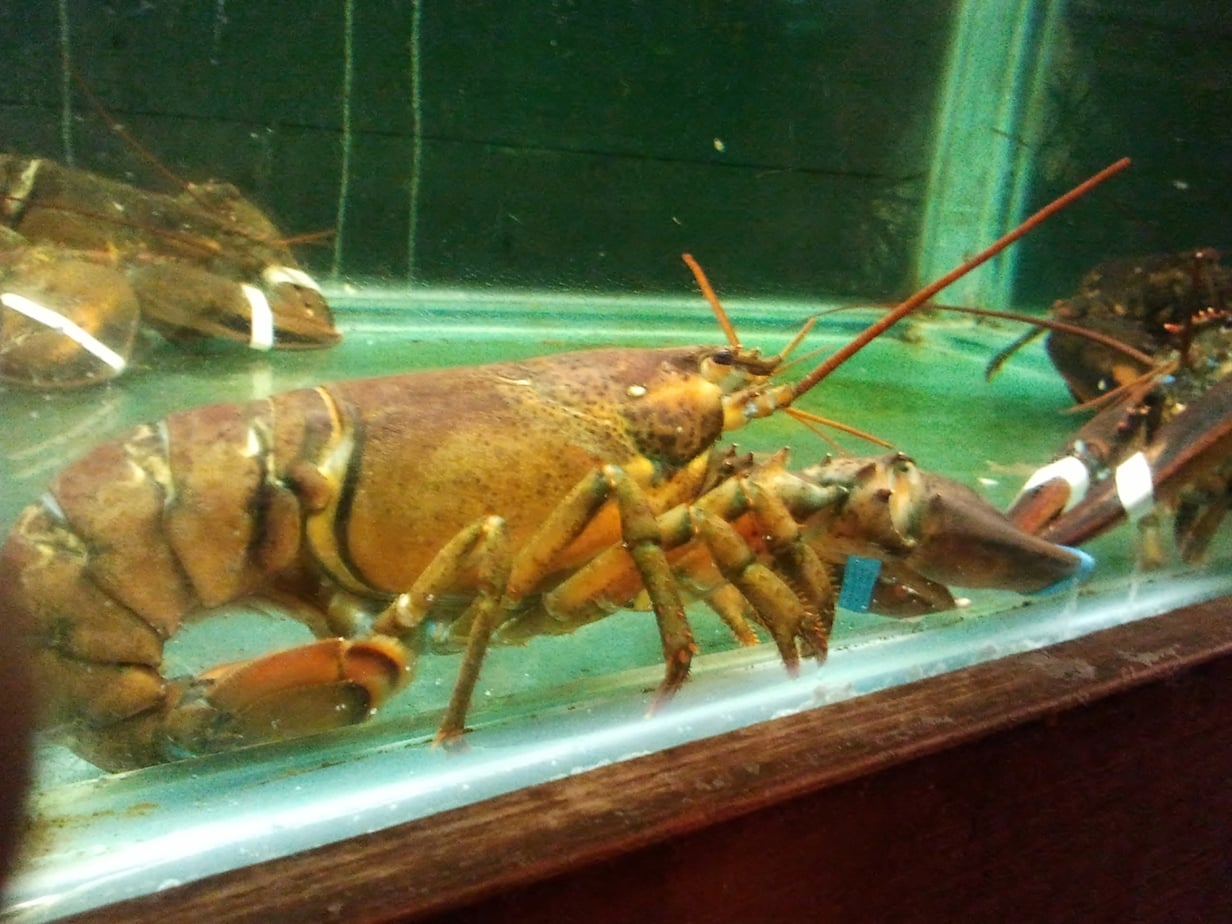 The kids decided they were going to have the calamari, kid one chose Caesar salad and kid two chose chips as a side.  The Calamari was really delicious! Very tender and tasty. 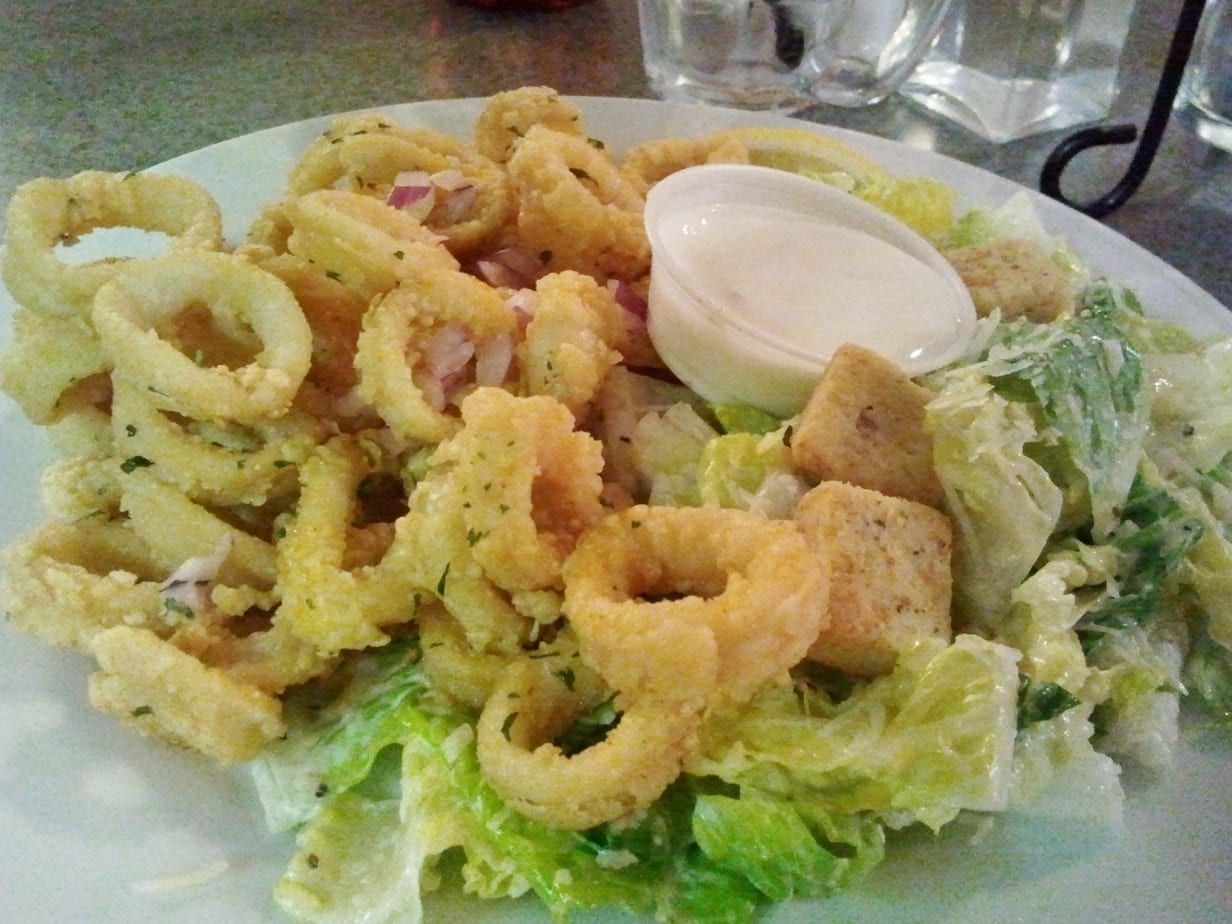 Hubby chose the steamed mussels and I chose the two piece Halibut platter. 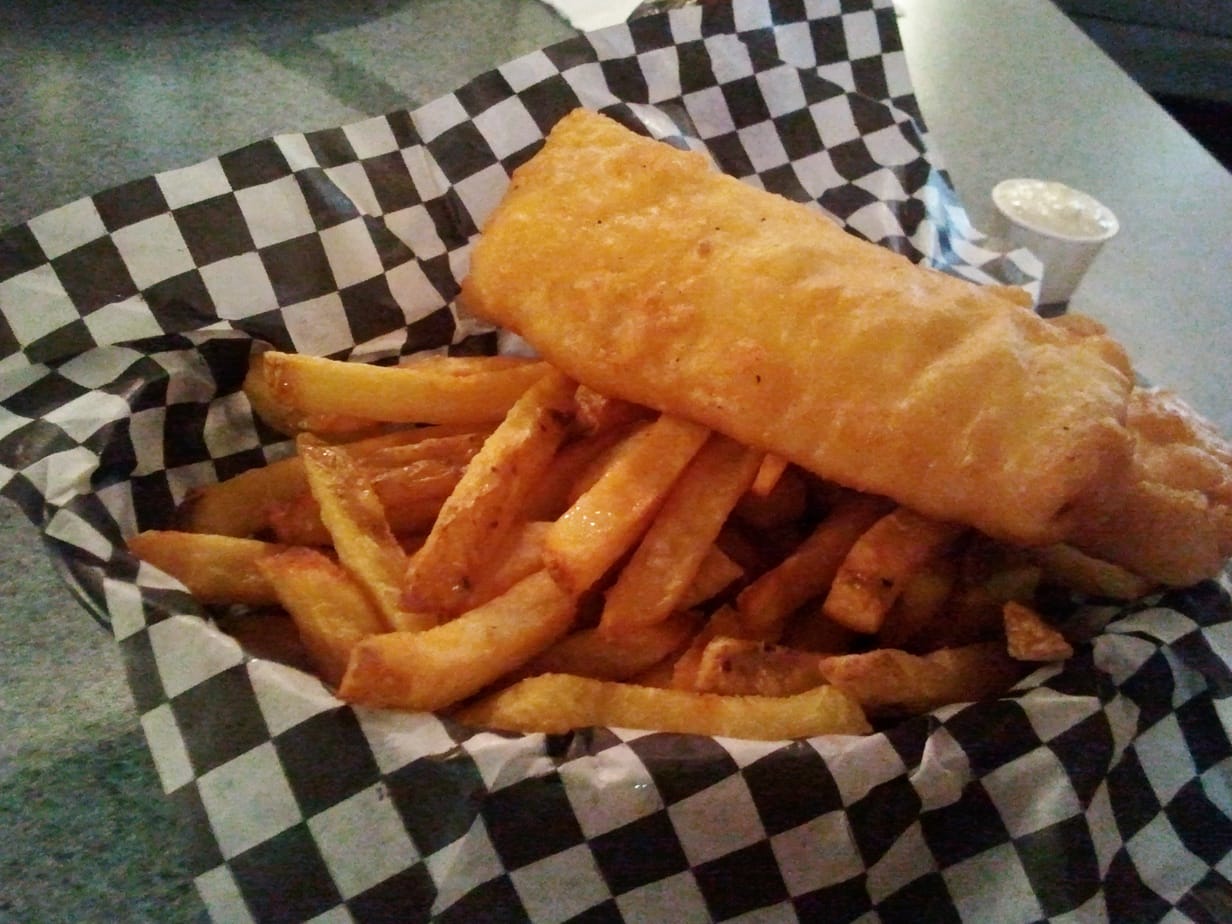 I think our waitperson was really having a rough night as our meals arrived almost as the kids were finishing theirs. I was patiently watching them eat theirs, but they are not always so patient with me and I like to eat slow.  The fish and chips were really great and I especially loved the house made tartar sauce. Beware, the portions are quite small and the ‘quaint’ baskets the food comes in can make it difficult to eat your meal.  Mine was moving all over the place and my fish jumped out and landed on the table when I tried to cut the other piece with my fork.

Schooner’s on First is a very homey, mom and pop kind of place where you can feel comfortable if you walk in all sweaty and hungry from a hike. No matter what you are welcomed with a smile and it’s a great place to knock back a few beers with friends…next time, my friends!

A Visit to Yokozuna Sushi and Grill

TRIBUTE: A Craft Spirits Festival in the Rockies