At a time when the ‘gastro pub’ concept has exploded across the city of Calgary, the owners and service staff of Wurst Restaurant and Beerhall Calgary had the unthinkable happen. In June 2013, the city watched as our rivers swelled and spilled over the banks leaving devastation in their wake.  The restaurant, located at 2437 4th street SW was a mere block from the Elbow River. Wurst staff and patrons watched as the nearly two year old business disappeared under the murky waters. The basement including the kitchen, huge beer hall, and bar became entirely flooded and had to be entirely re done before they could open again. After 6 months they were re opened again on December 18.

I was glad to have a chance to visit recently and more than happy support to support a newly re opened local business. Hubby, kid number two, and I had wandered downtown to take in some local galleries then have a quick bite. What we didn’t realize was that by the time we were ready for that quick bite it was 4:30 and we hadn’t had lunch. We were starving and obviously needed something a little more substantial than a quick sandwich and coffee. We decided to check out Wurst and we weren’t disappointed. Hubby and I ordered a couple of beers; a Maisel’s dunkel for hubby and a Maisel’s Weiss for me. I am really enjoying wheat beers right now, in particular unfiltered wheat beers so the Weiss, which is a German style of unfiltered wheat beer called Hefeweizen was exactly what I was looking for. My only complaint is that the beer is traditionally served in a tall glass….like the one hubby’s dunkel was in. 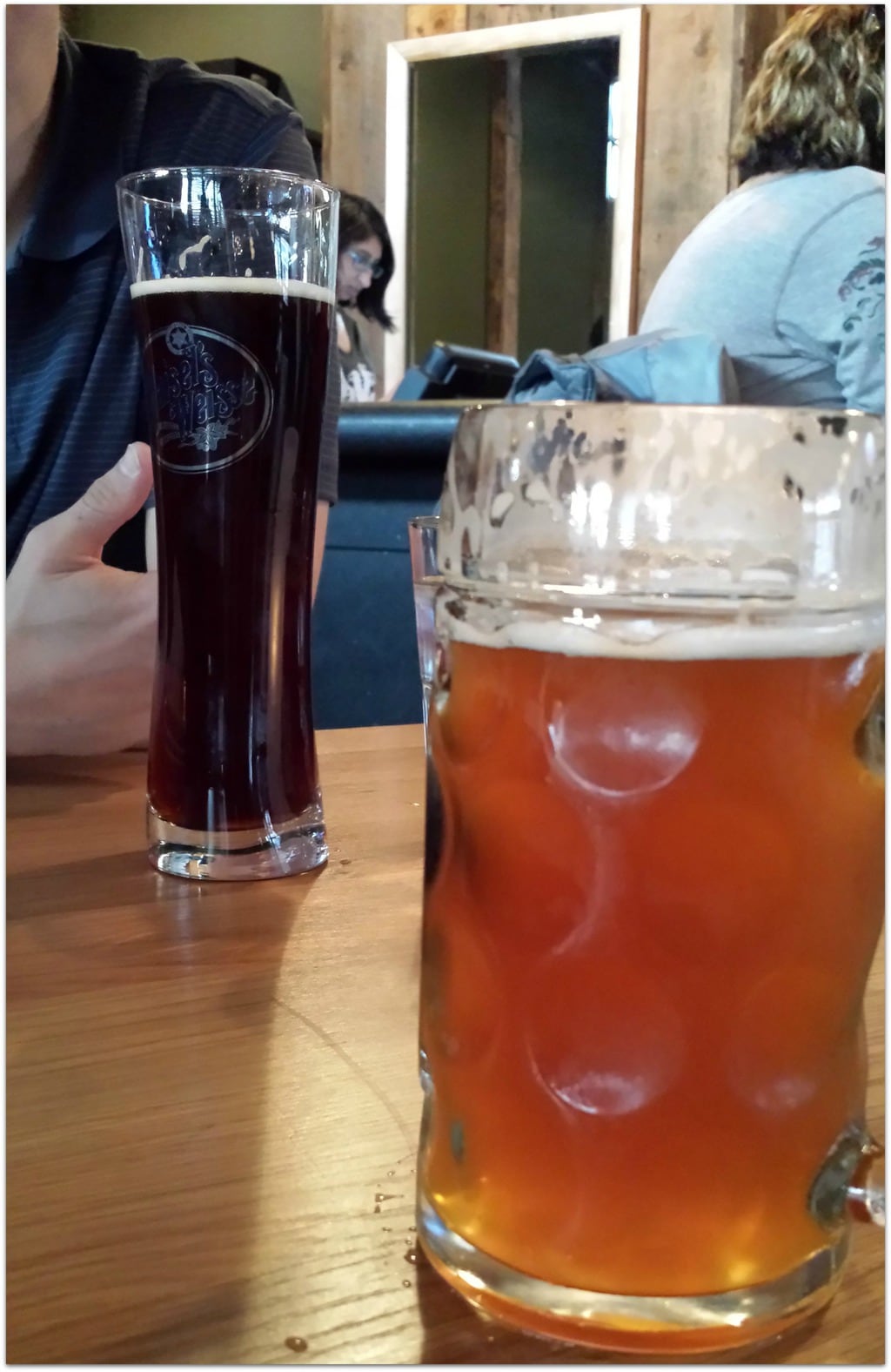 We were so hungry we had a tough time deciding on what to order and how much. After the first couple of sips I knew I needed to get some food in my belly or I would start dancing on some tables… I finally convinced the other two that we should order Franzel’s Mixed Grill Platter. 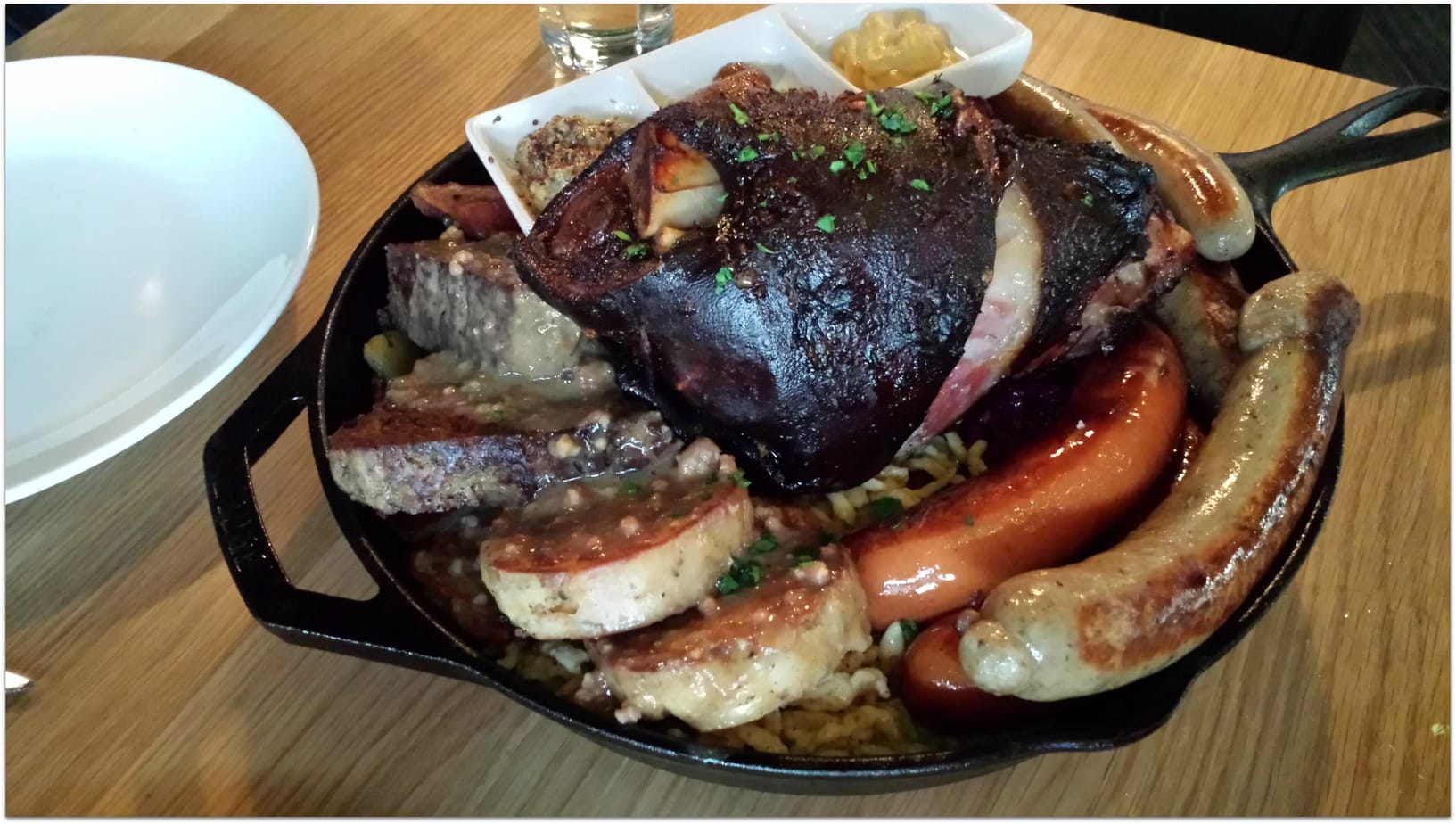 The menu said it was a good sharing platter for four but I figured the way things were going we were going to demolish it in mere minutes. When the platter arrived and was basically a half of a pig, I began to have doubts. We tucked in and gave it our best but in the end we brought some back home in boxes, to the delight of the two boys that missed out. One had a ‘late night’ snack of spaetzle and meatloaf, the other had roasted smoked pork knuckle for breakfast. And that, my friends is how us Germans chow down.

Congratulations to Wurst on your re-opening and I can’t wait to visit you again! Prost!

A Visit to Charcut Roast House