Note: If you have a subscription to this blog through Google Reader, please be aware it will shutdown on July 1st, 2013. I have enjoyed sharing my blogging experience with you and would love to continue. In order to continue receiving Dish ‘n’ the kitchen posts, please sign up for email notifications, or switch to another reader. I recommend Feedly or Bloglovin. They will automatically retrieve all your Google reader subscriptions.

Besides restaurants, having some French Macarons was an opportunity I wasn’t going to pass up. I had searched the locations of Pierre Hermé online while still at home and I was a bit disappointed to see none were extremely close to our hotel or any place we would be visiting.  I had read a bit about Ladurée but I was mainly focused on finding a Pierre Hermé location. Though we did get lost a couple of times our aimless wanderings had led us no where near a Pierre Hermé.

On our third day, I was getting desperate. This was the day we hopped on the Batobus for a small boat ride down the Seine so that we could walk the Champs Élysées, visit the Jardins de Trocadéro, and ultimately the Eiffel Tower. The Champs Élysées is definitely the place to go if you like shopping for materialistic crap from designers like Guerlain, Louis Vuitton, Hugo Boss, Lacoste, and Benetton. My eyes were probably huge, taking it all in until my heart stopped. There, on the corner and to the left of us was Ladurée. 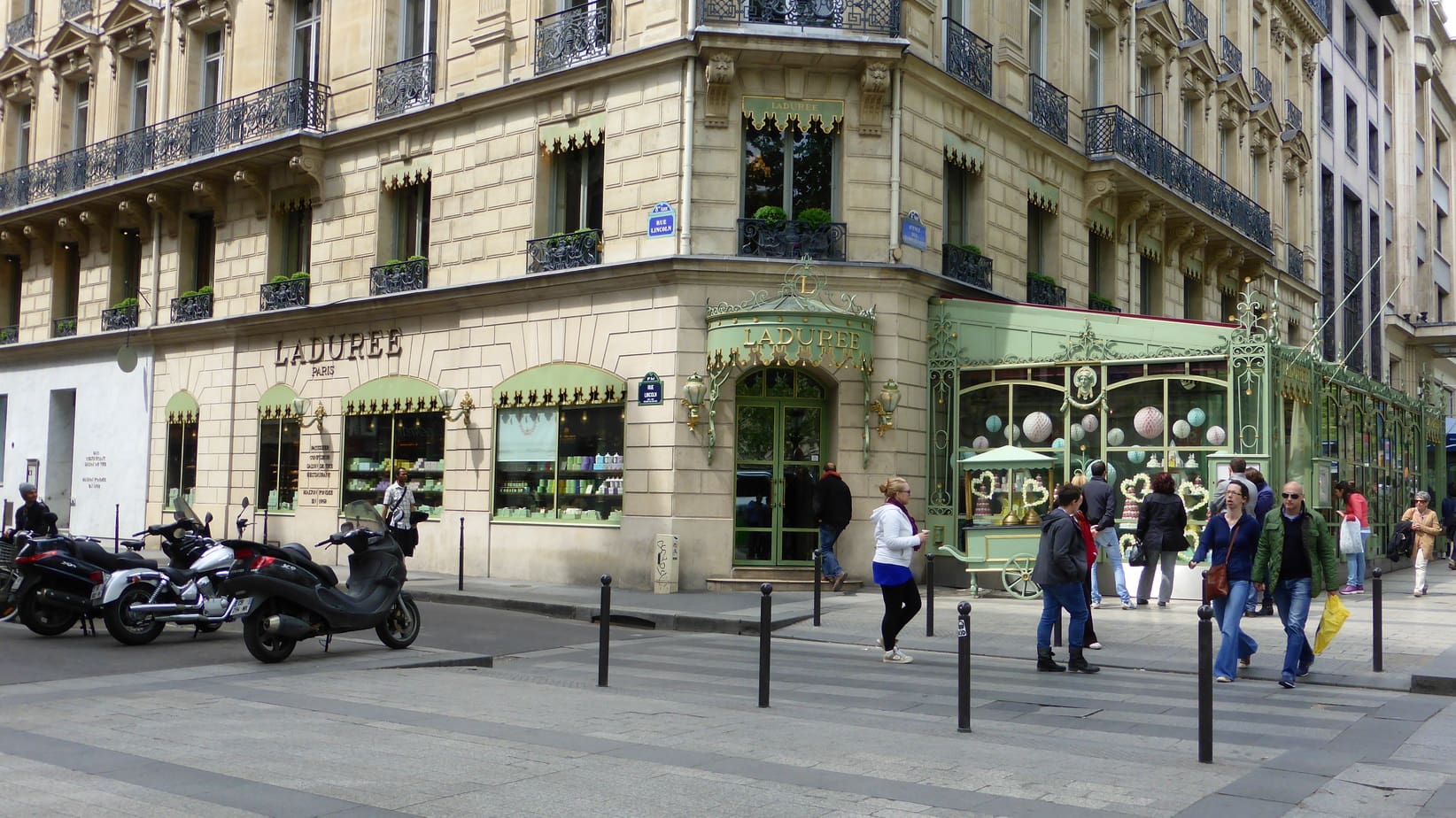 As we approached, I saw that the interior was jam packed with other like-minded Macaron fanatics. I knew it was going to be a long wait and hubby really detests queues.  Fortunately, there was a SFR mobile store across the street so I sent him to straighten out our french SIM card situation while the kids and I waited in the queue. It was a win-win PLUS he would never have known how many Euros we spent except that the kids have big mouths!

Besides the pâtisserie area, there is an indoor café which looks like a fairy land. Half way through the queue (about 20 minutes) and I was situated in a spot where I could take a couple of photos. 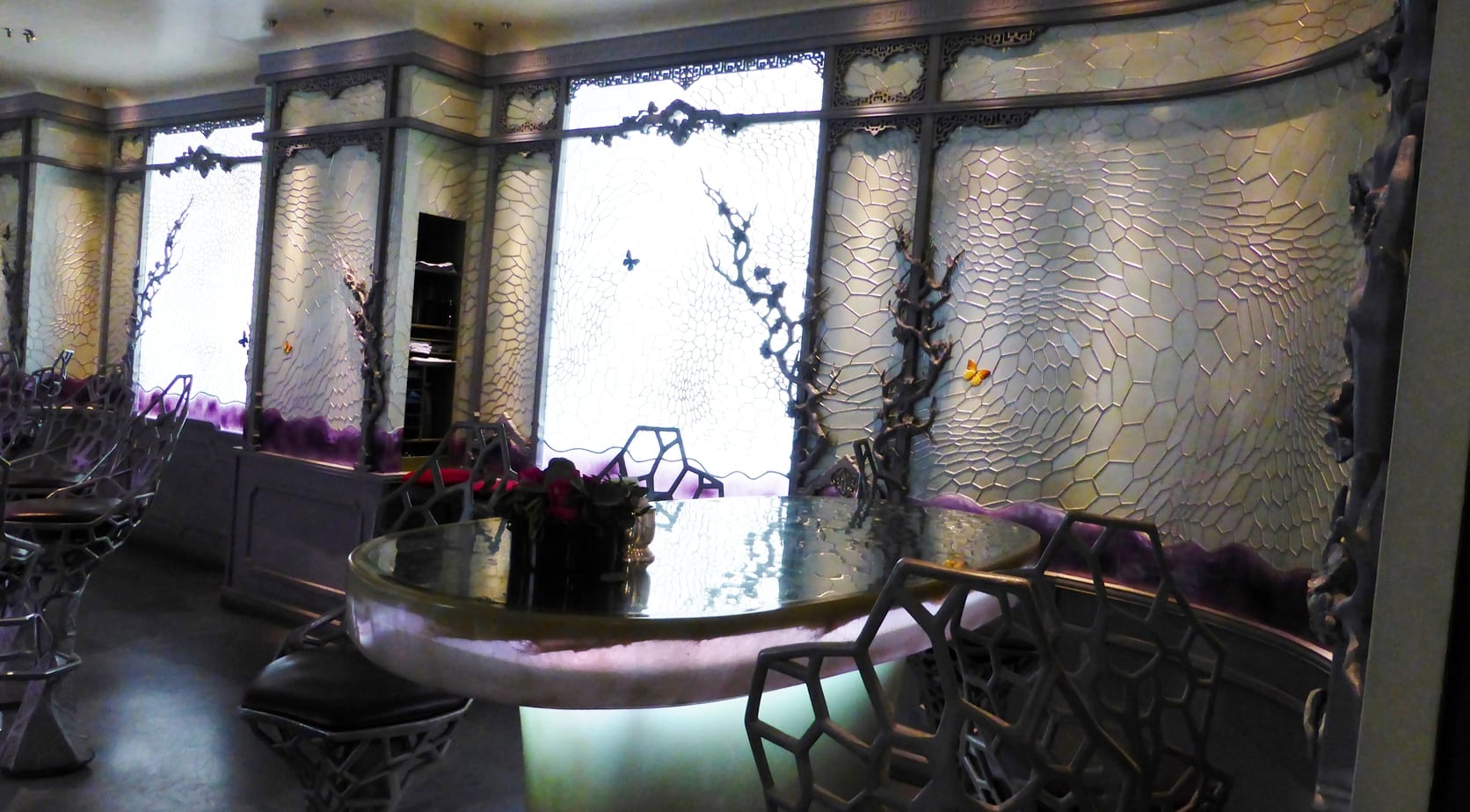 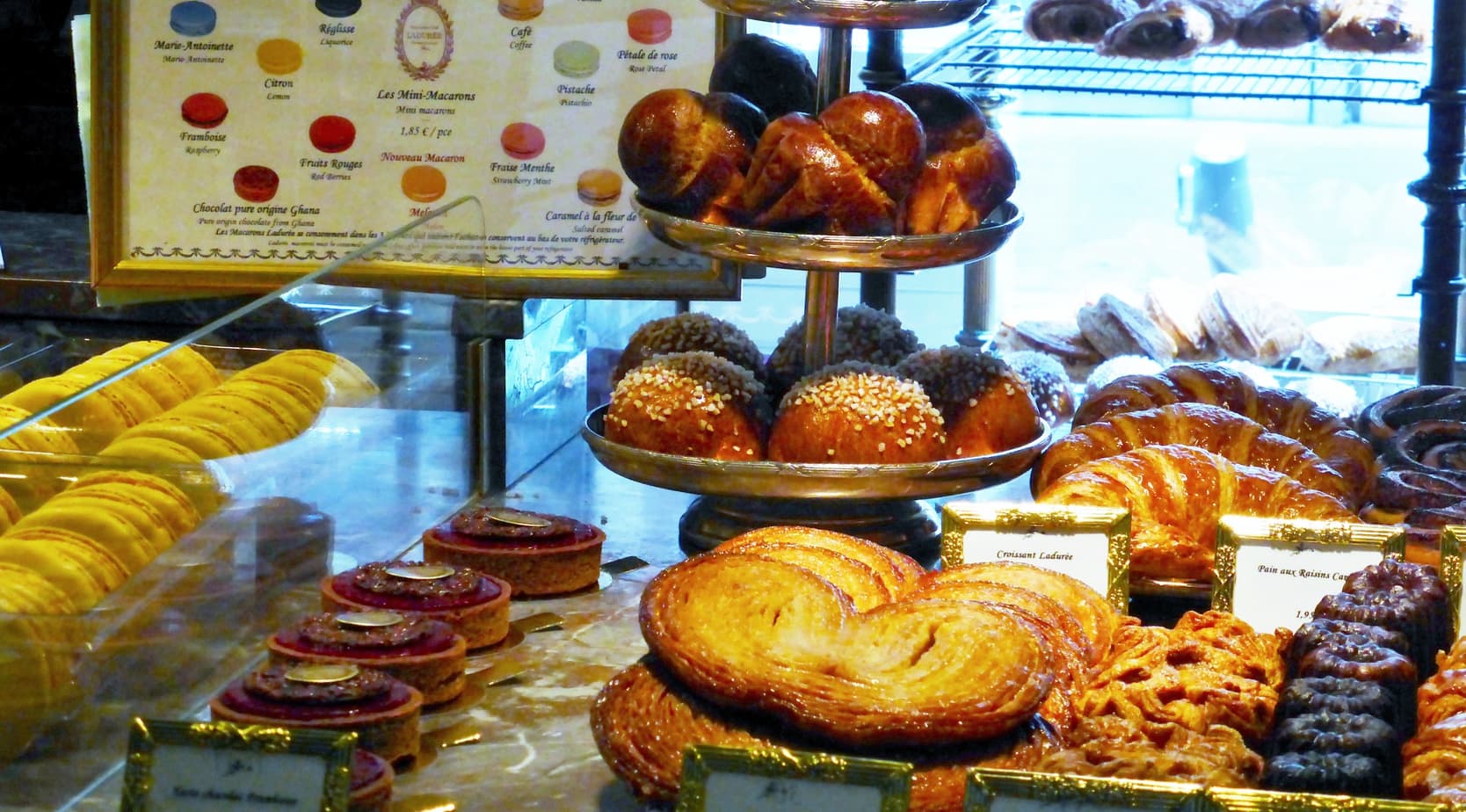 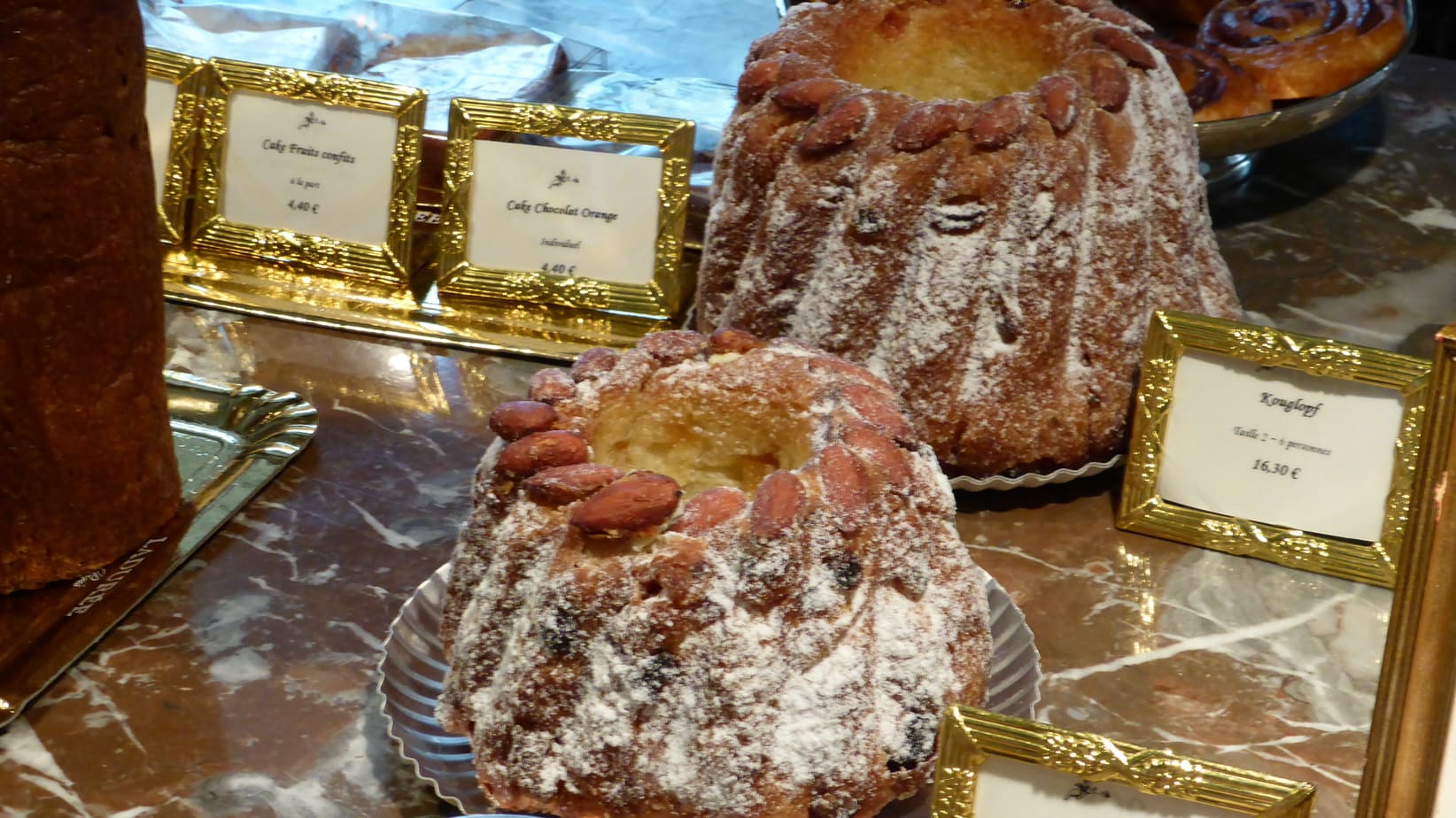 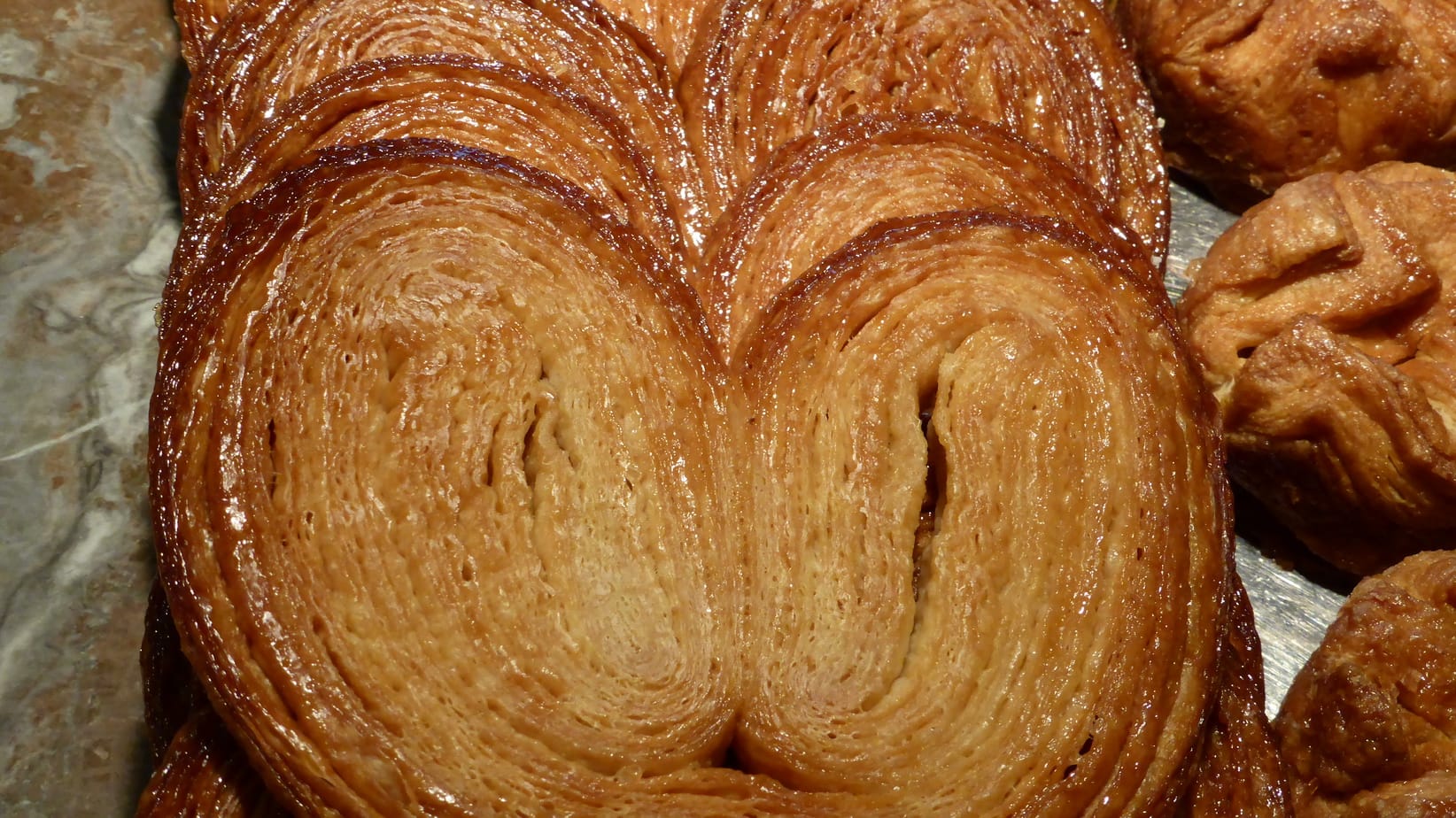 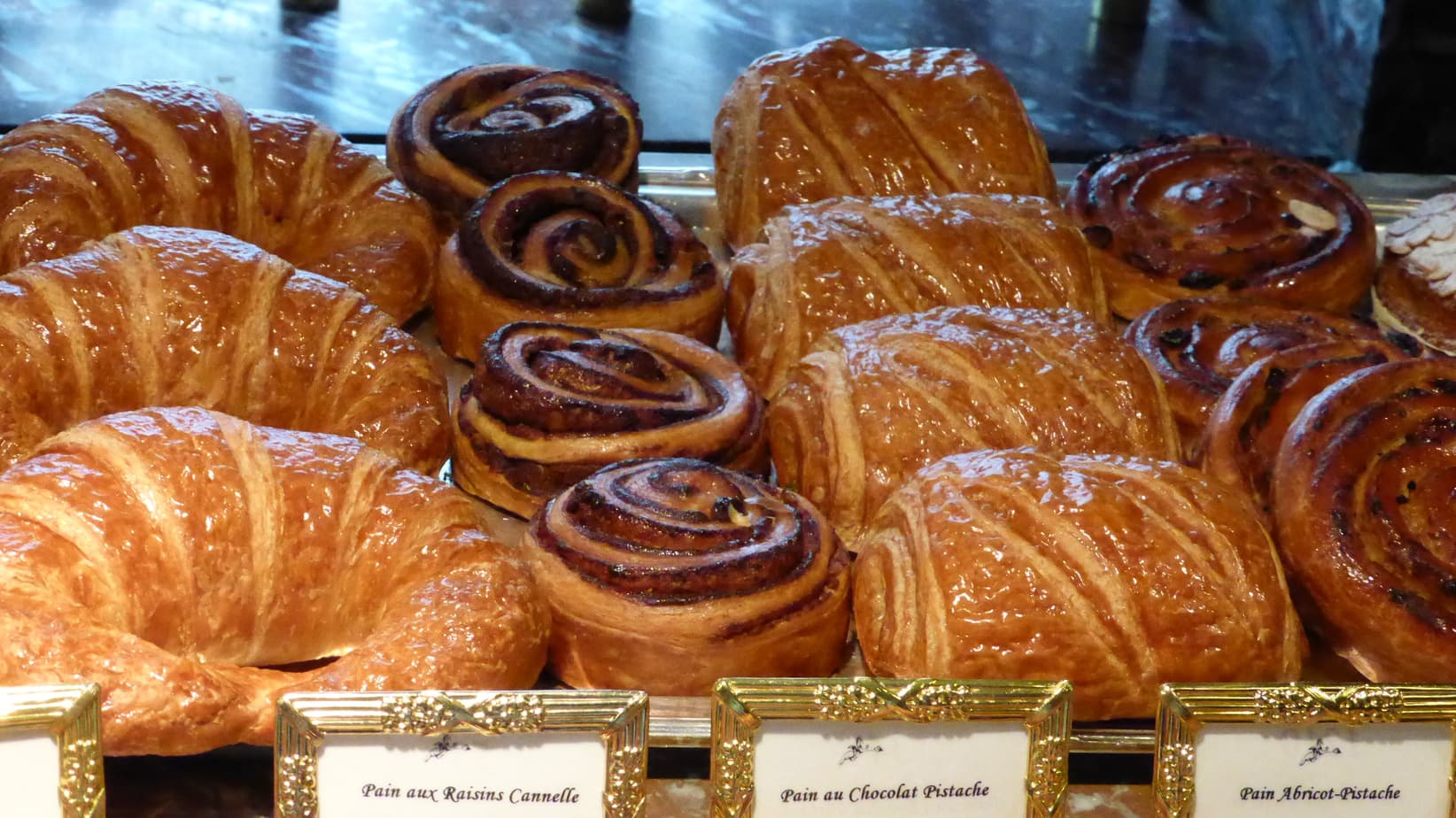 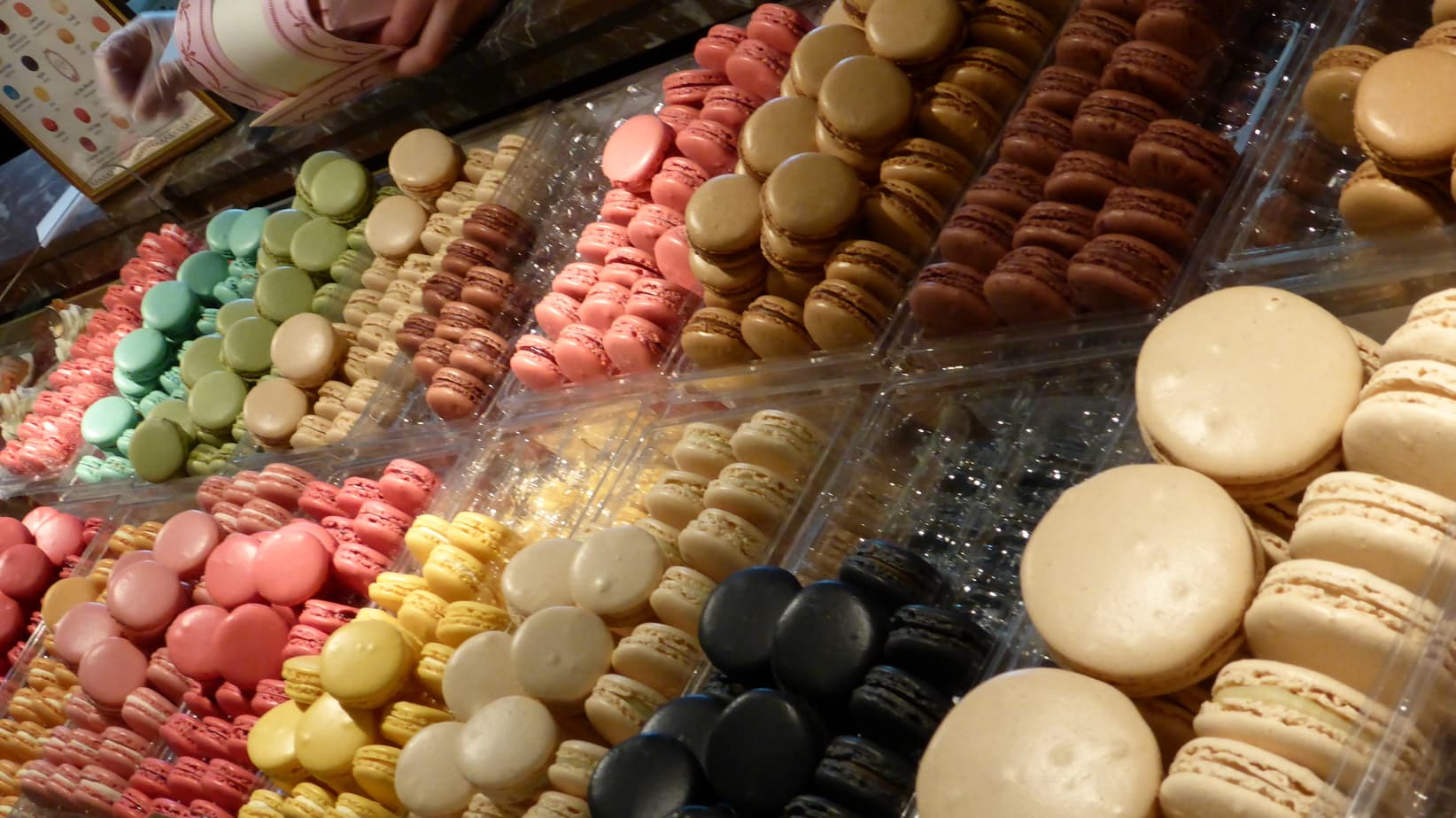 I think there were about 20 different flavours of macarons. But we didn’t just buy macarons, nope. We also bought several of these gorgeous pastries. 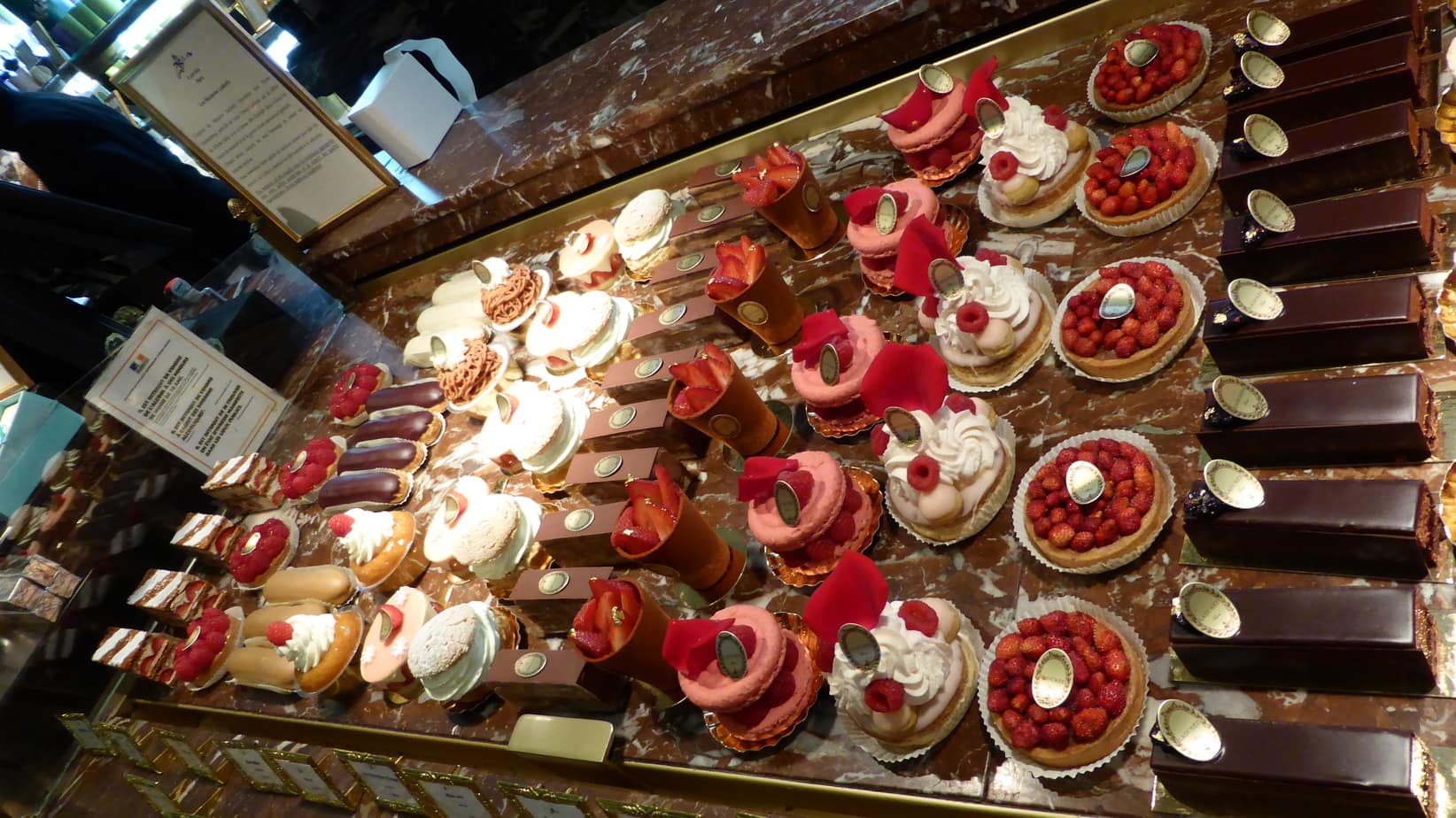 Later, we walked down Avenue George V past The Four Seasons with Le Cinq and  The American Cathedral. When we arrived at the Pont de l ‘Alma bridge we couldn’t wait any longer so we  found a bench along the Seine to have our extravagant picnic. When we are on holiday, sweets for lunch is an option.

Hubby and kid number two each had a St. Honoré, kid number one played it simple with a vanilla Éclair, and I had a Raspberry Tart. We did buy a beautiful wild strawberry tart and fought over it afterwards. 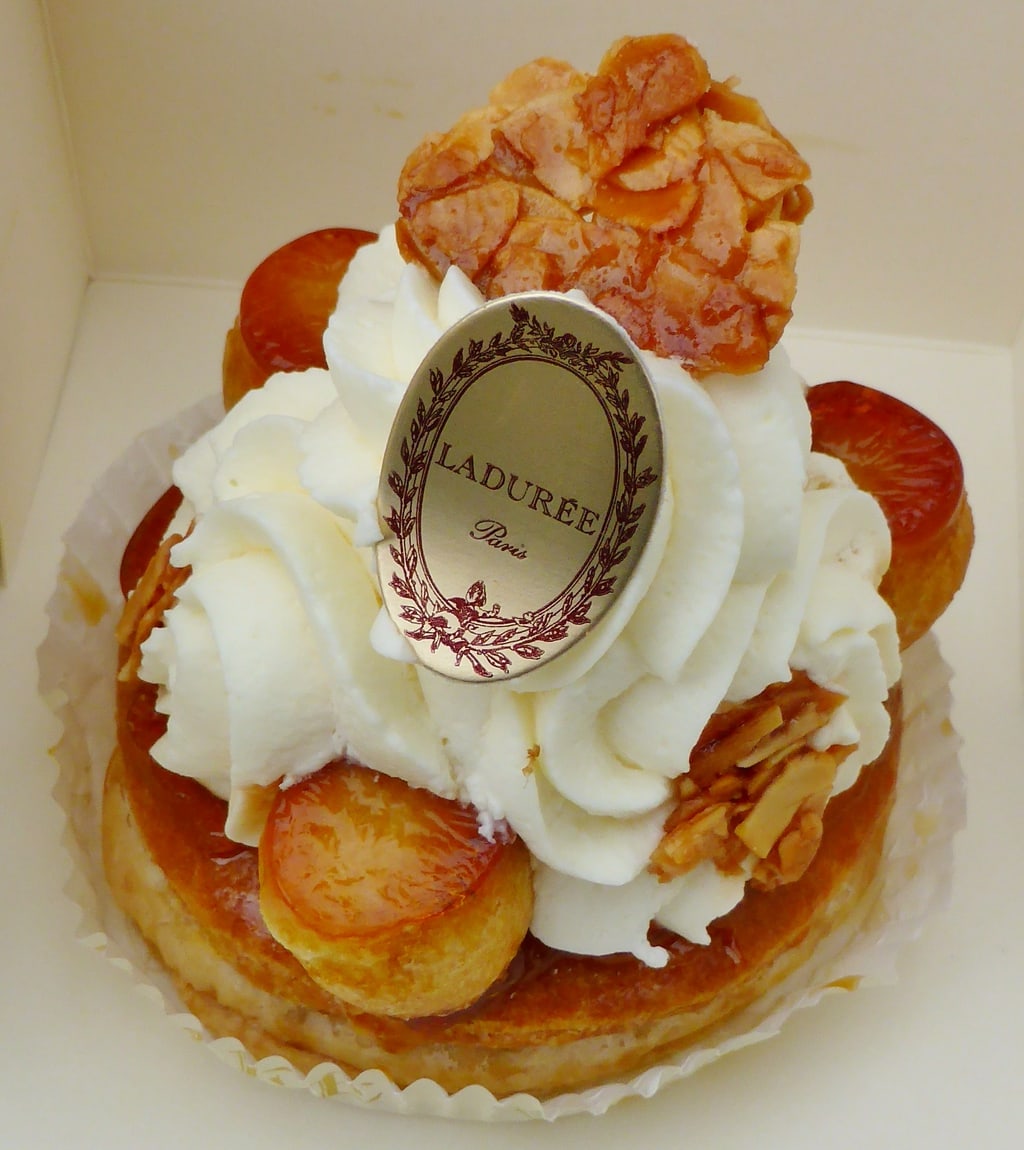 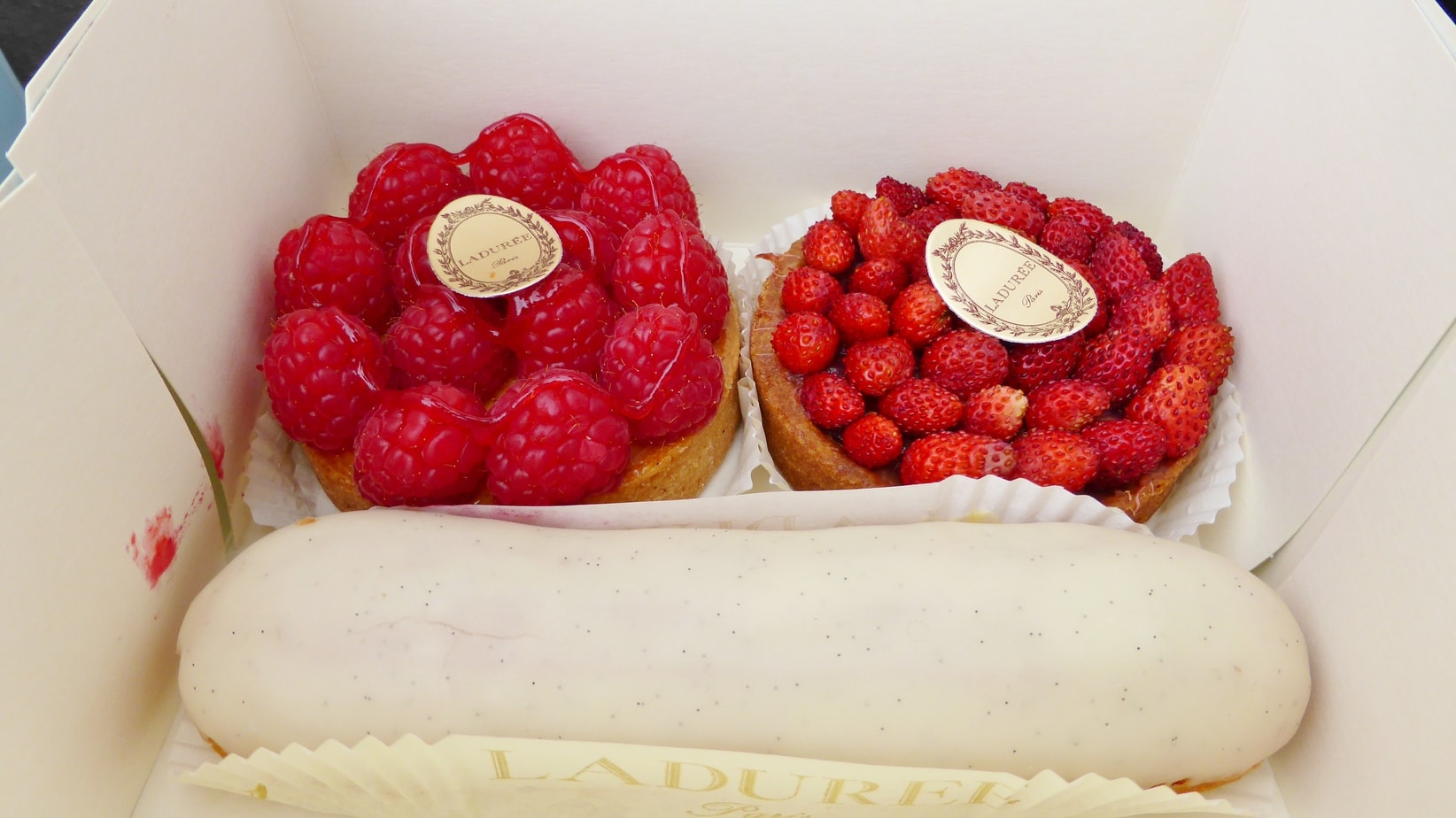 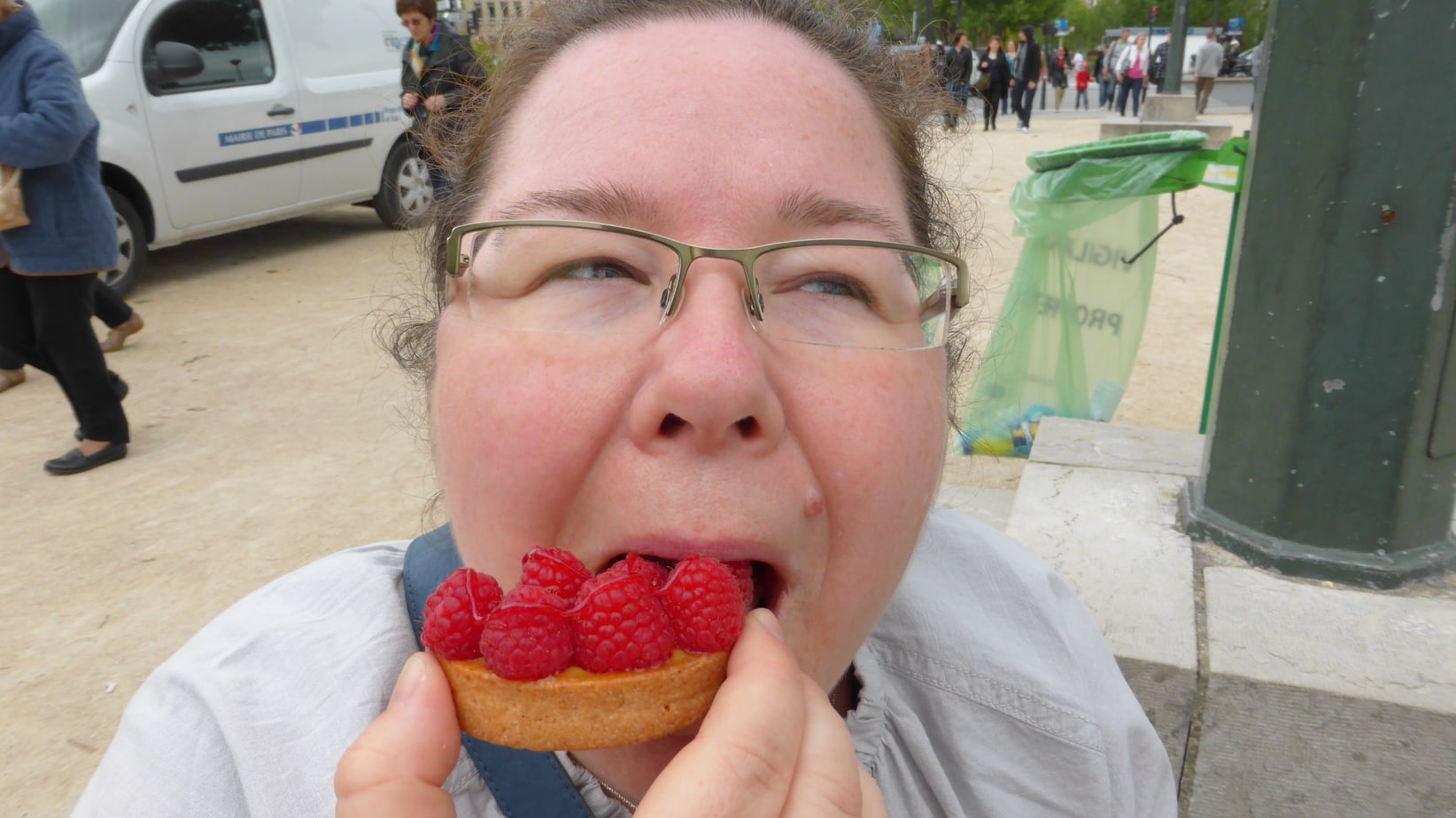 We managed to carry the box of assorted macarons all day and I was able to prevent the kids (and myself) from eating them until the next evening. Our friend Gerald and his partner Maria had invited us to their apartment for a Danish Smørrebrød. Not that macarons were entirely appropriate for such a feast but I happened to know Maria LOVES macarons. None of us were disappointed as we swapped flavours and described each one as we ate. 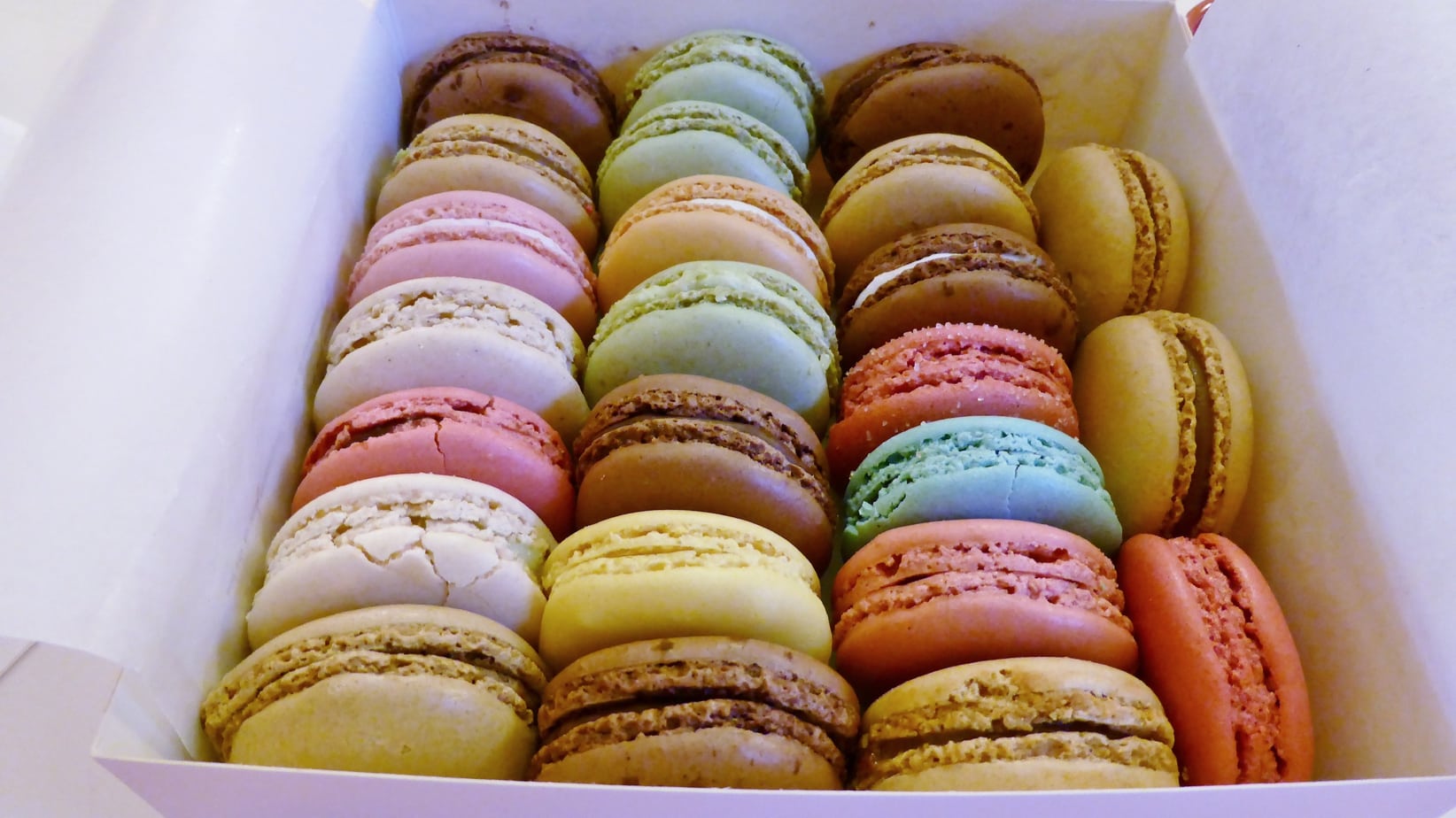