A Visit with the In Laws

I had a pretty busy weekend and entertaining the in laws since last Thursday has been a touch exhausting but there were several highlights to our visit. We attended a local dinner theatre production and drove to Red Deer where we all froze our butts off watching kid number one’s football team annihilate their opposition in the Provincial semi finals. We had beers and appys with friends, visited the farmers’s market, and attended a Remembrance Day service at the local Legion (RSL for you Aussies). In short, we did everything we would have normally done had they not been visiting but I did put a lot more effort into the meals we were home for.

My father in law and I drove across the city in a snowstorm to pick up the Sokol Blosser wine hubby and I had ordered after our dinner at Xocolat and on the way home we stopped by the Crossroads Farmers’s Market. I had heard the weekend selection of mushrooms at Fifth Element Fine Foods was amazing and I’m very glad we went. Not only did they have a great selection of olives and mushrooms but they had just brought in some beautiful Australian truffles from Manjimup, WA. I know you non Aussies are saying ‘Manji…who’? Manjimup (meaning edible root of bulrush at watering hole in Nyoongar language) is the highest producing area for black perigord truffles in Australia. I’m so pleased to finally see them available in the Canadian market! I regretfully didn’t purchase one but I did get some really amazing cauliflower mushrooms and very fresh samphire (sea asparagus). We had them roasted with regular asparagus and drizzled with a bit of truffle oil which we bought in Manjimup (oddly enough!). Those cauliflower mushrooms were so fresh and fragrant they smelled of the forest from whence they came. When I was washing the mushrooms, I found a cute little fern that had grown in among the fungi. 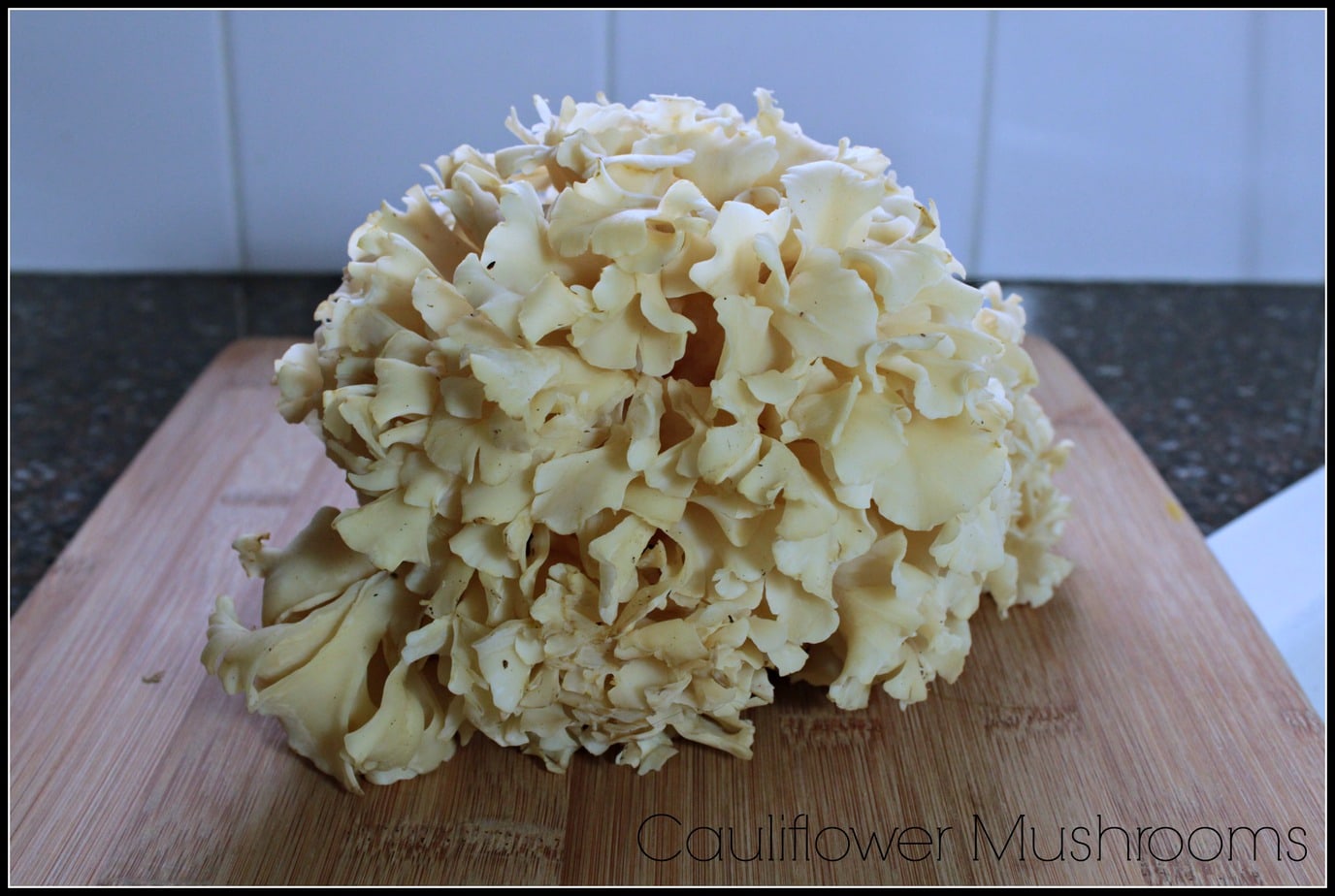 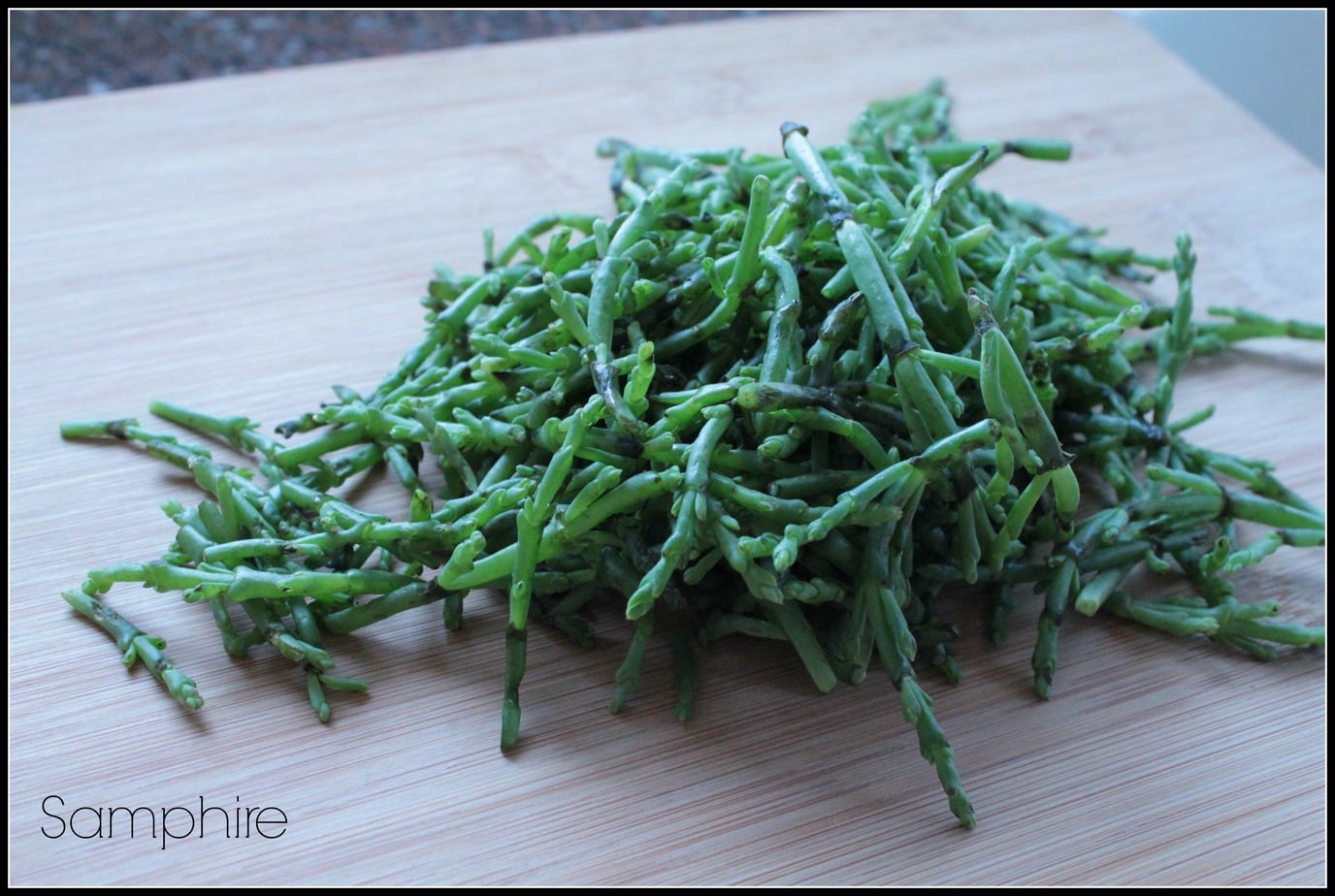 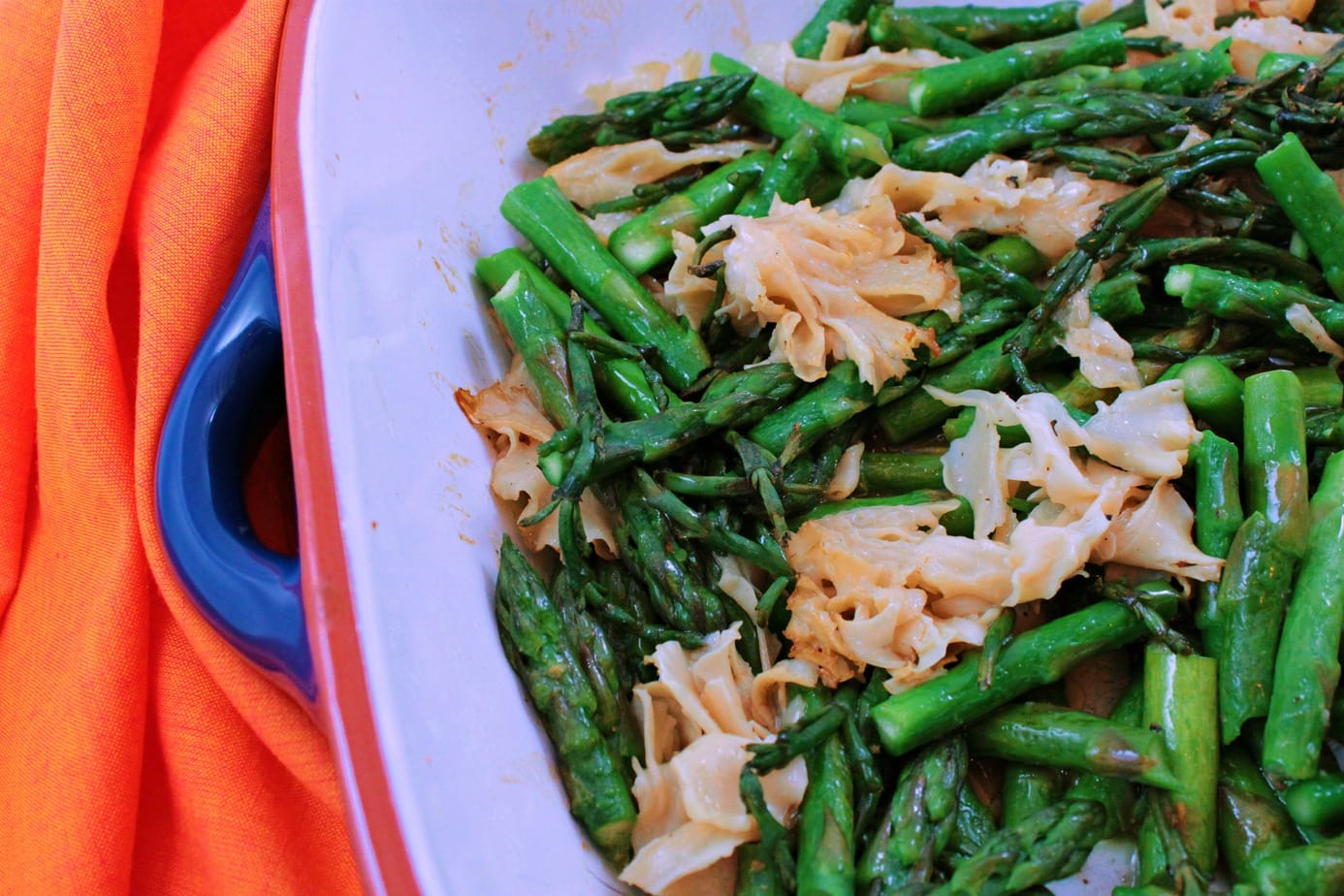 For dinner on another evening I made char siu pork tenderloin roasted on top of a bed of green beans from Appetite For China. I mixed that with previously made and frozen Sweet Potato Gnocchi and sweet and sour braised red cabbage from Cottage Grove House. So the meal was a bit odd with flavours from China, Italy, and Germany…but they did work together. The kids have voted that I make the red cabbage again for sure as it almost tastes exactly like the red sauerkraut I buy in a jar. I think next time I make it (tonight?) I’ll add a bit of ground cloves for a bit of spice. My only regret here is that everyone was starving and the in laws are not used to blogger family protocol. It was all gobbled up by the time I thought of taking photos.

For lunch one day, we put out some farmer sausage, cheese and crackers, hummous and chips, and olives. I felt I should make something to go along with the spread…so I made some lovely little onion cakes. For some of them I added bits of the cauliflower mushrooms as well. I found out that if you try to add too much stuff it starts to poke through the very thin dough as you roll it out. 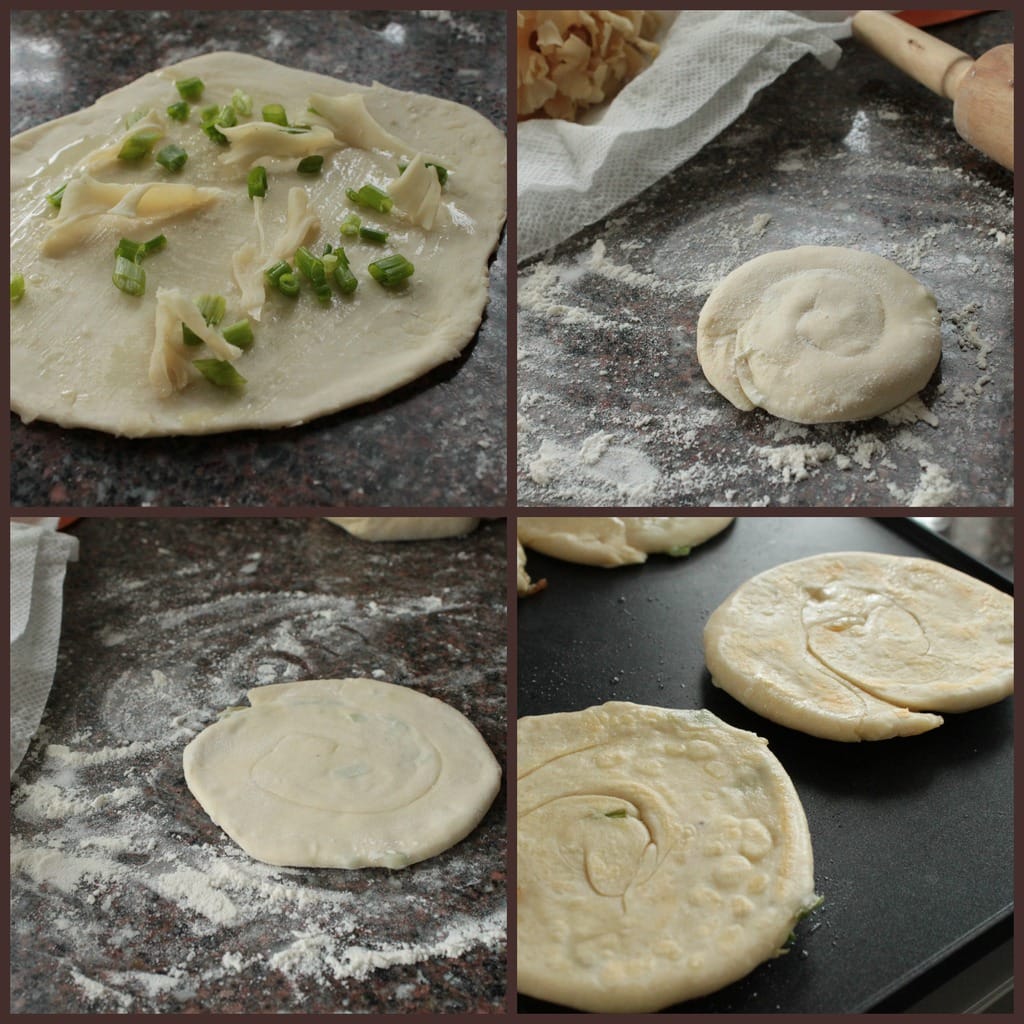 The kids learned to make onion cakes in Mandarin class so they are always ready and willing to make them once they smell the first batch cooking. Kid number one was quick to tell me that I hadn’t rolled out the dough thin enough and that thin dough was really important for getting all of those nice and crispy layers. I think my kids may know a bit too much about cooking!  Appetite for China has a really good step by step video if you are interested and didn’t learn how to make onion cakes in Mandarin class. 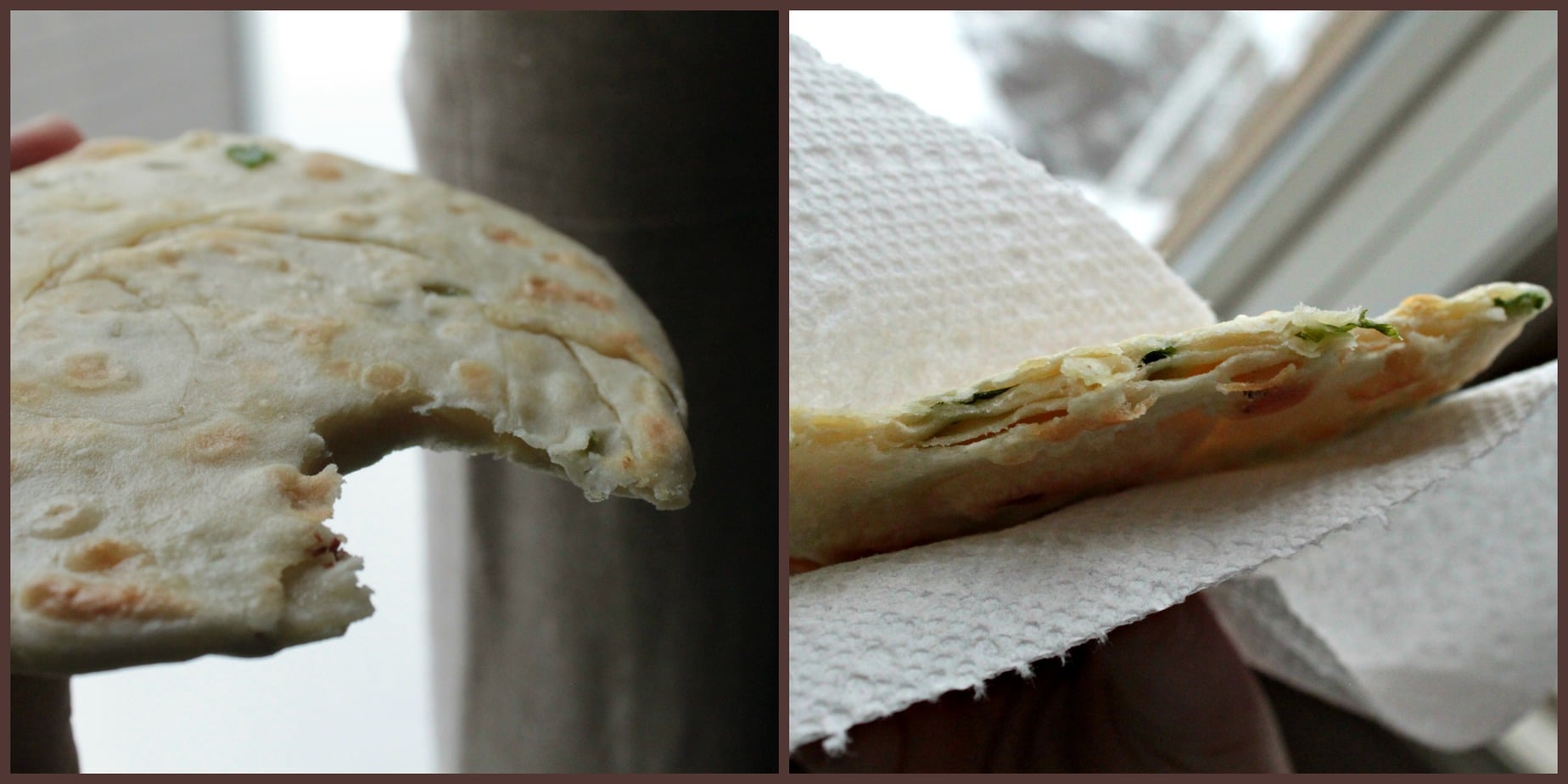 On the final night of our visit I decided to go all out and make a chocolate cake though I did have some help from my eager father in law who loves to bake. I will be posting that final adventure in a separate blog post. Stay tuned!