There’s no way I knew that Friday, May 10 was National Shrimp day. It was pure coincidence that I decided to make a shrimp dish and use the remainder of the Satay Peanut Sauce that was in the fridge. I was out grocery shopping and literally had a brain freeze while deciding what to serve the family for dinner that night. I called home and kid number two suggested noodles which is basically what she always suggests. I bought some ‘fresh noodles’, some shrimp and some really dubious looking bean sprouts. I don’ t know about you but I have the worst time trying to fresh bean sprouts. Maybe I should look into growing my own.

I knew that I had some red onion, carrots, sugar snap peas, fresh peanuts and cilantro in the fridge. I basically just cooked the noodles and while they were draining I stir fried the vegetables and re heated the peanut sauce with some water and hot chili oil. That hot chili oil is insane! I bought it from our local Vietnamese restaurant and it lasts forever. I always make sure to add just a little at a time. 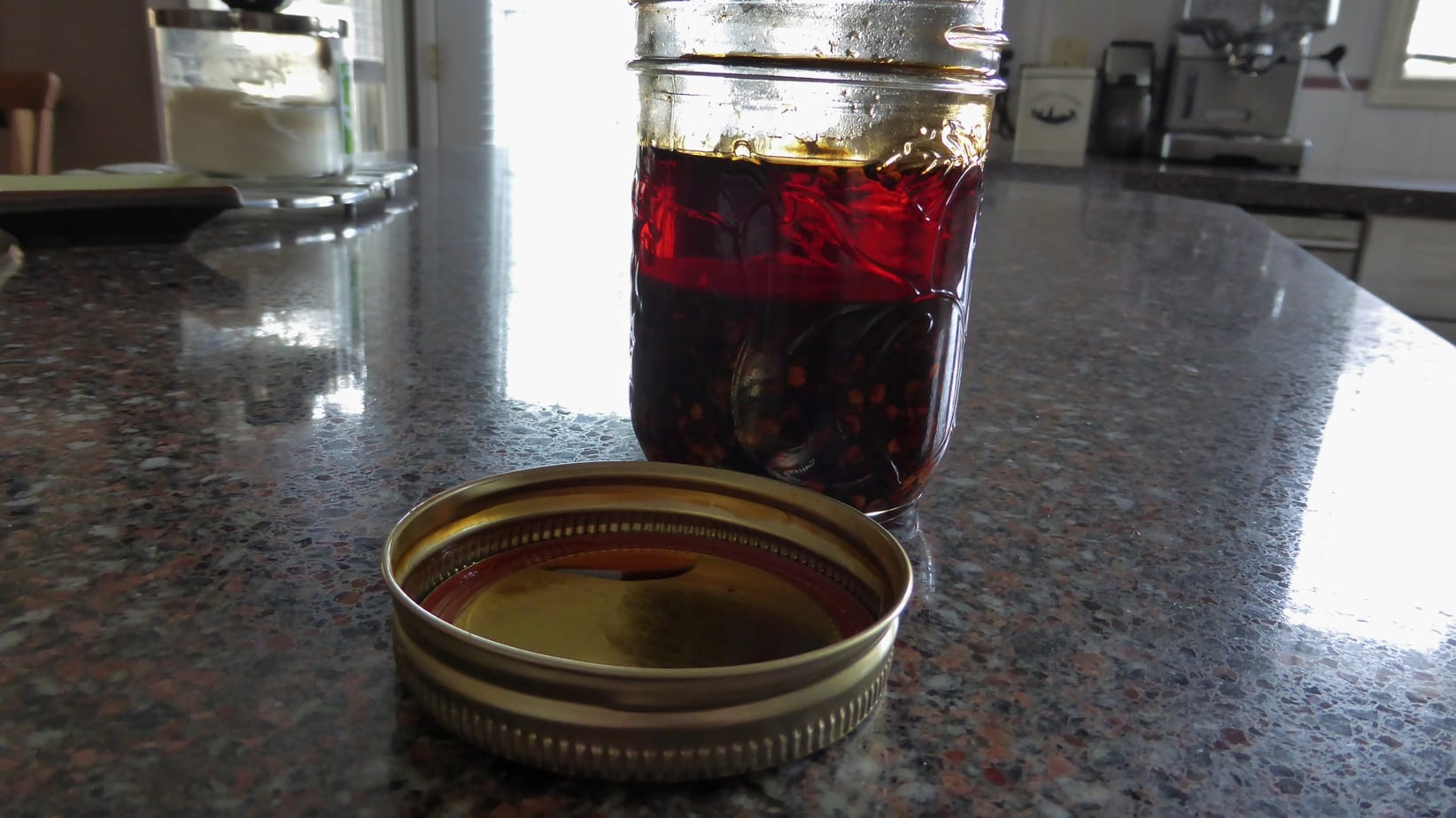 When all was done, I gave it a good mix and the end result was pretty darn good! 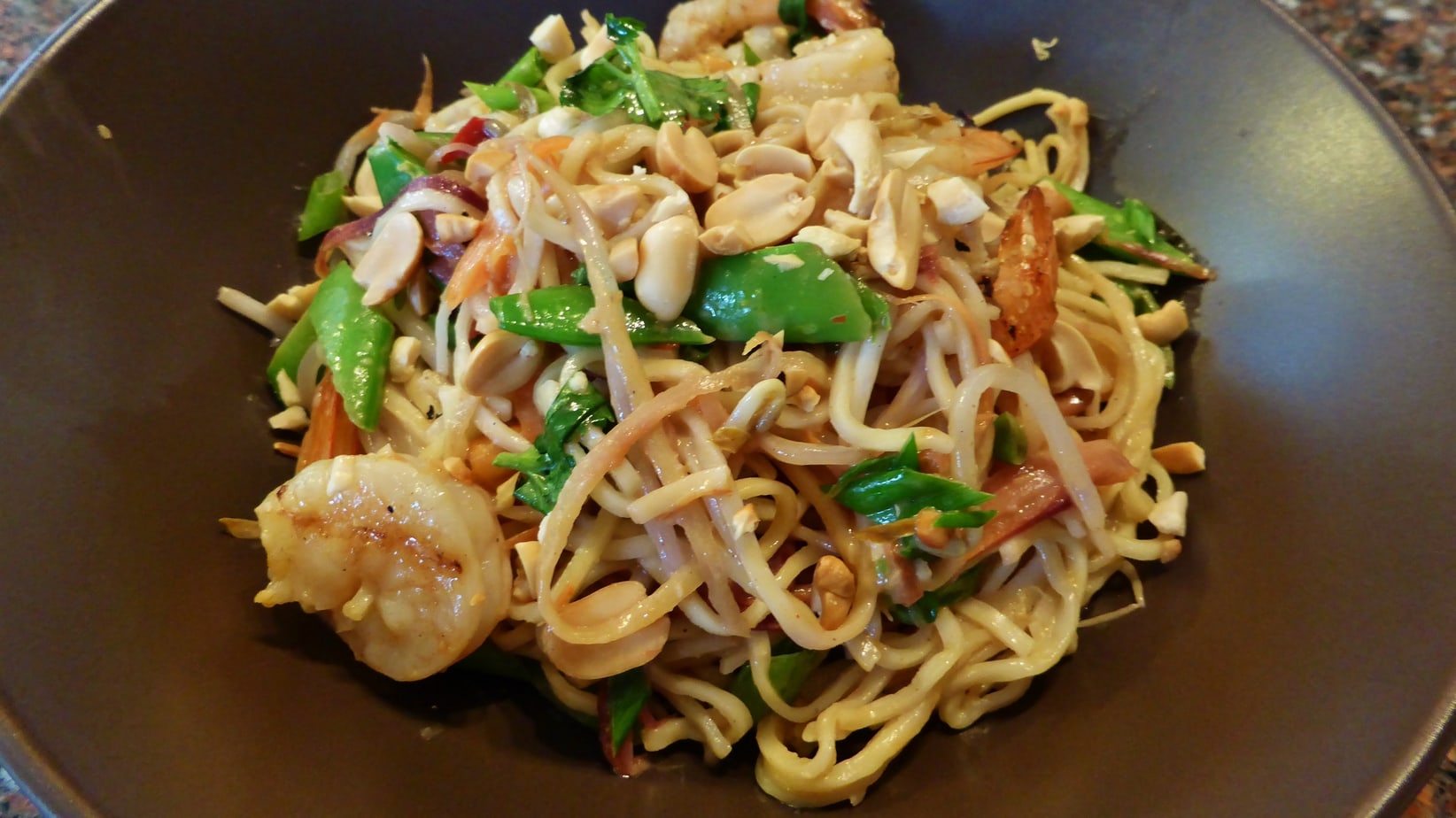