Well it was only a matter of time before the inevitable happened. Sticky Bun post!!! I think my kids request cinnamon buns the most out of all my baking. I’ve tried several recipes and usually just go with a simple bread/bun recipe, make a ‘caramel’ for the bottom and fill the buns with brown sugar, cinnamon and raisins. Of course, the kids detest the raisins but I love them so they go in.  Usually the buns  are so delicious the kids forget to complain.  I’ve also tried a sweet dough recipe for the buns which I found in a past issue of Bon Appetite. Though they are very time consuming, I love the way the dough comes out. What I didn’t like was the finished product as I felt the baking time was a bit excessive. So, I decided yesterday that I would make the dough and finish the buns off my usual way today.

Making the Dough starts with proofing the yeast in warm milk: 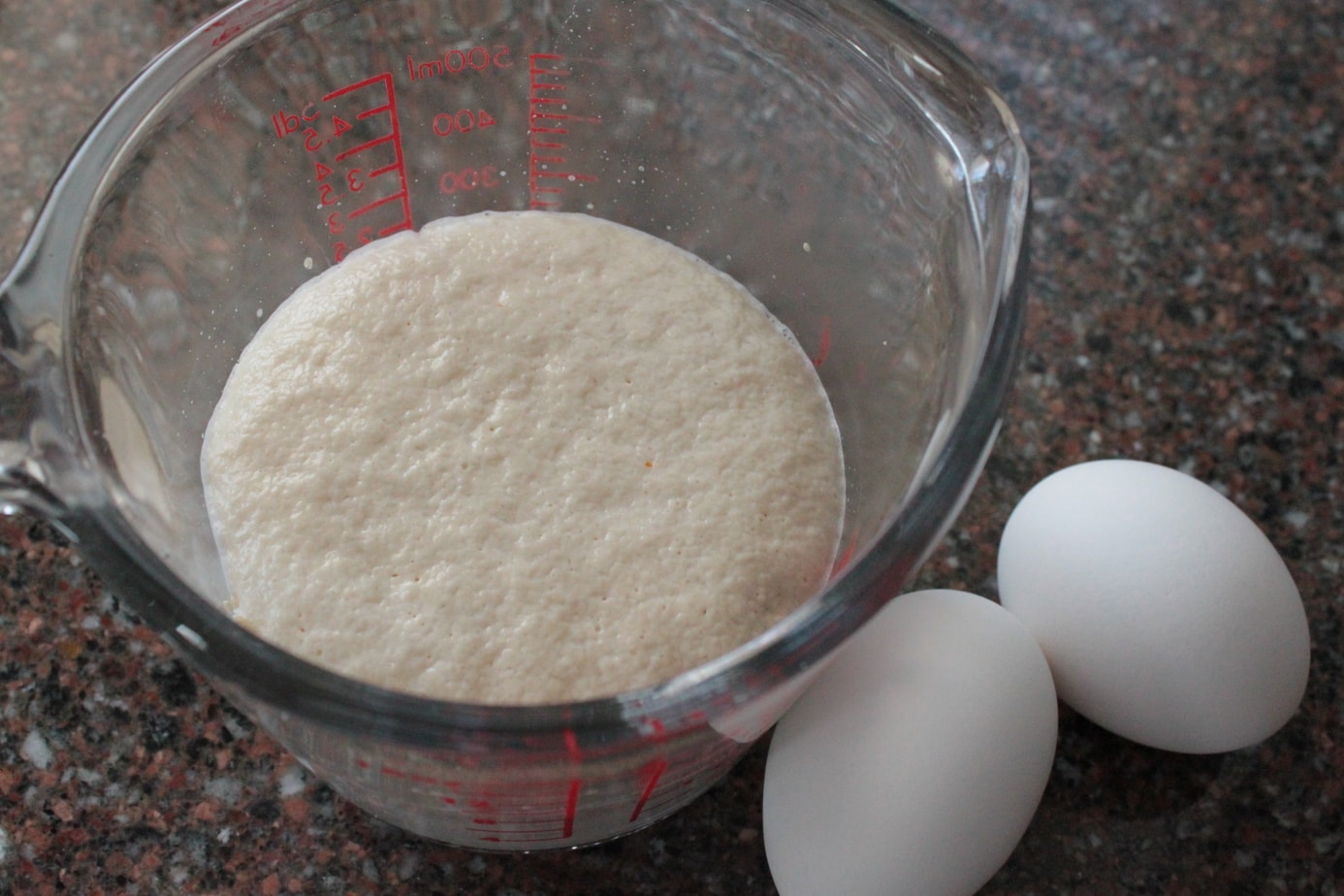 And then adding eggs.  Then I combined the flour, sugar and salt in the mixer bowl and added the yeast/milk/egg to the bowl with the dough hook on. I cut the pieces of room temperature butter into the mixture, making sure they were fully incorporated before adding the next batch.  When the dough was nice and smooth and elastic-y, I rubbed a little melted butter over it and put it in the fridge overnight. I had to go volunteer at the YMCA so the buns would have to wait until tomorrow! 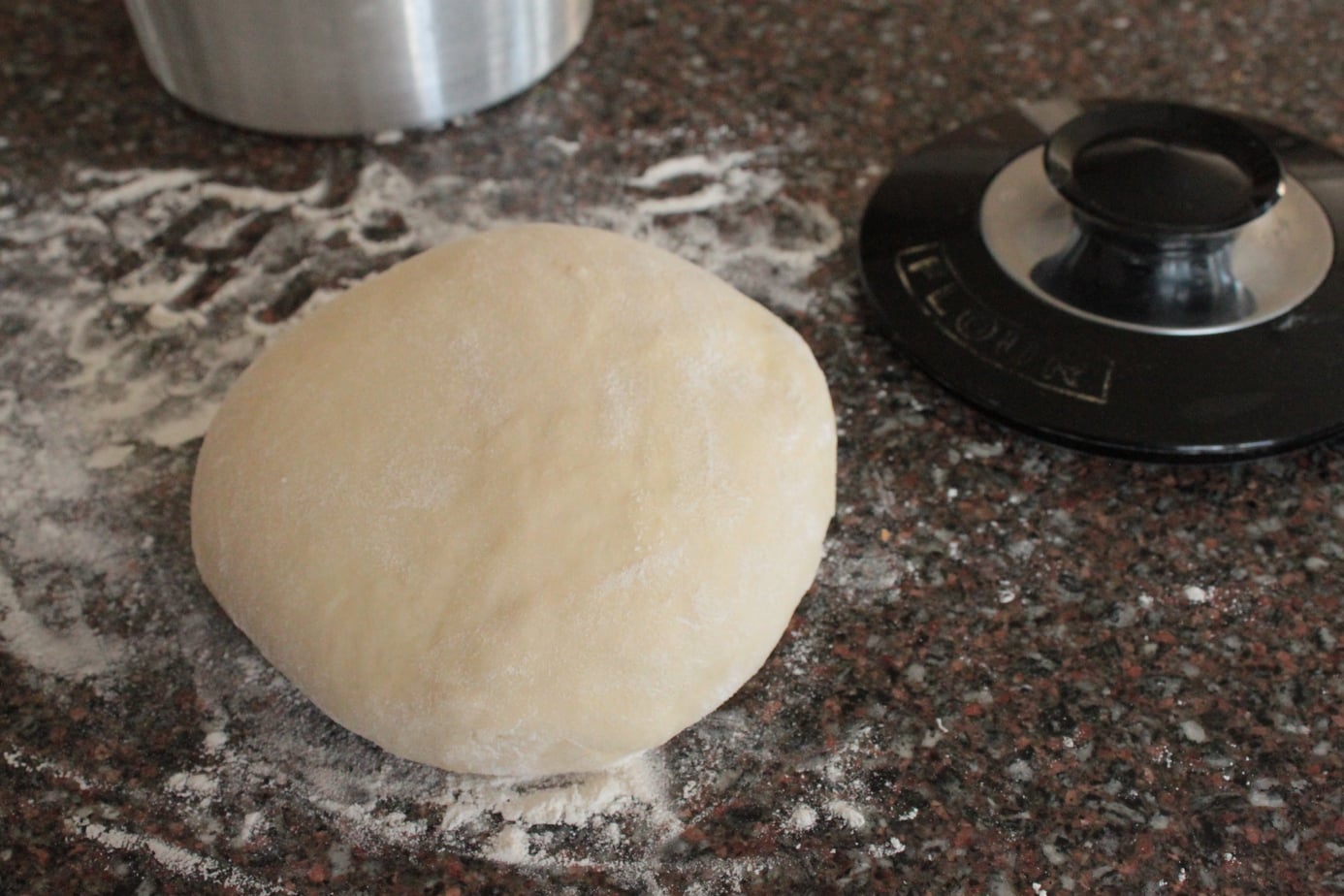 After the overnight rest, I let the dough rise in the oven for about 2 1/2 hours (or maybe more since I realized I wouldn’t have enough brown sugar and did a quick run to the store!). I rolled it out into a rectangle on the floured countertop and spread the surface with melted butter, cinnamon, brown sugar and raisins. 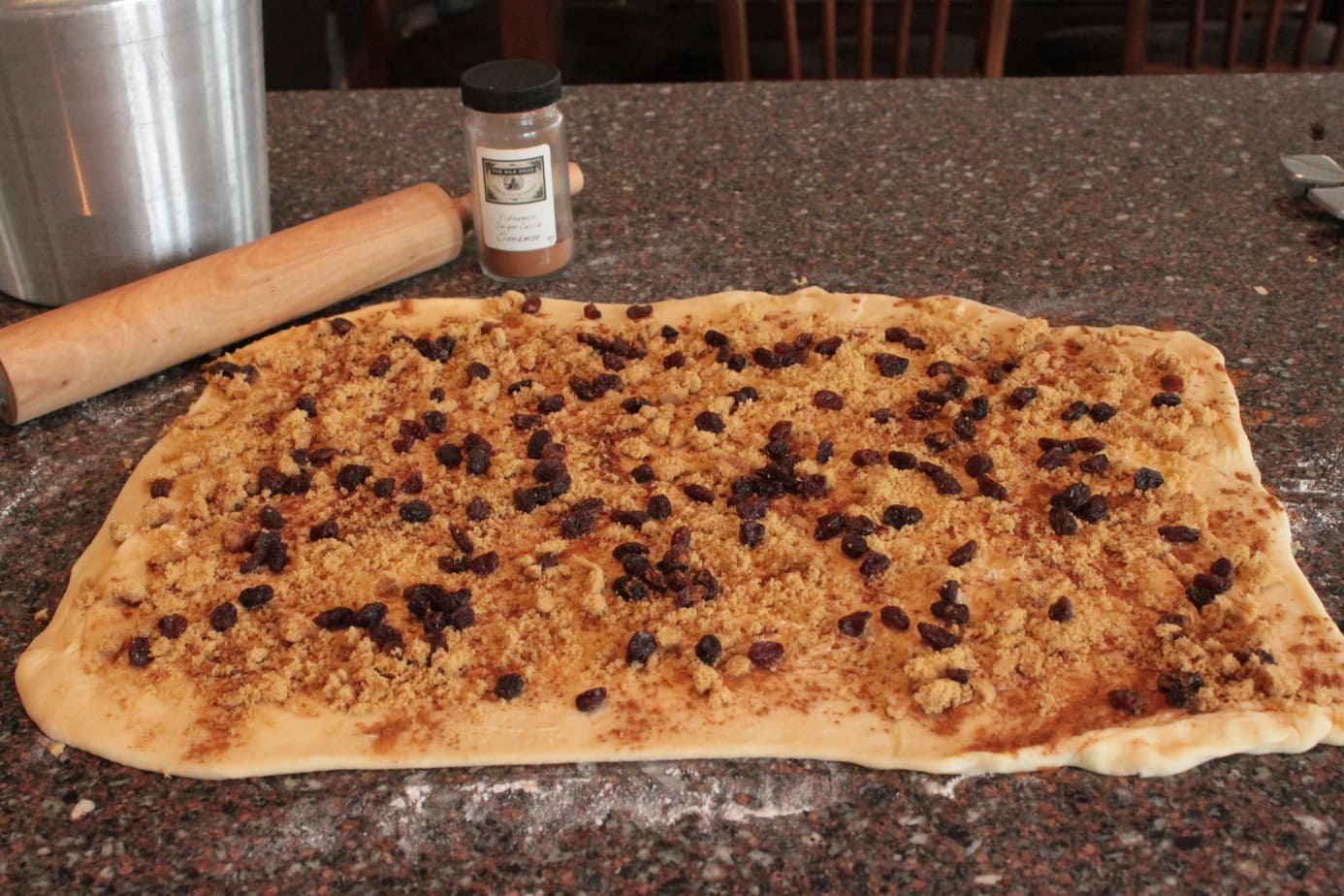 Then I rolled up the dough, starting from the top and working downwards. I pinched the dough to seal and used a length of (clean!) dental floss to cut the dough into twelve equal portions. 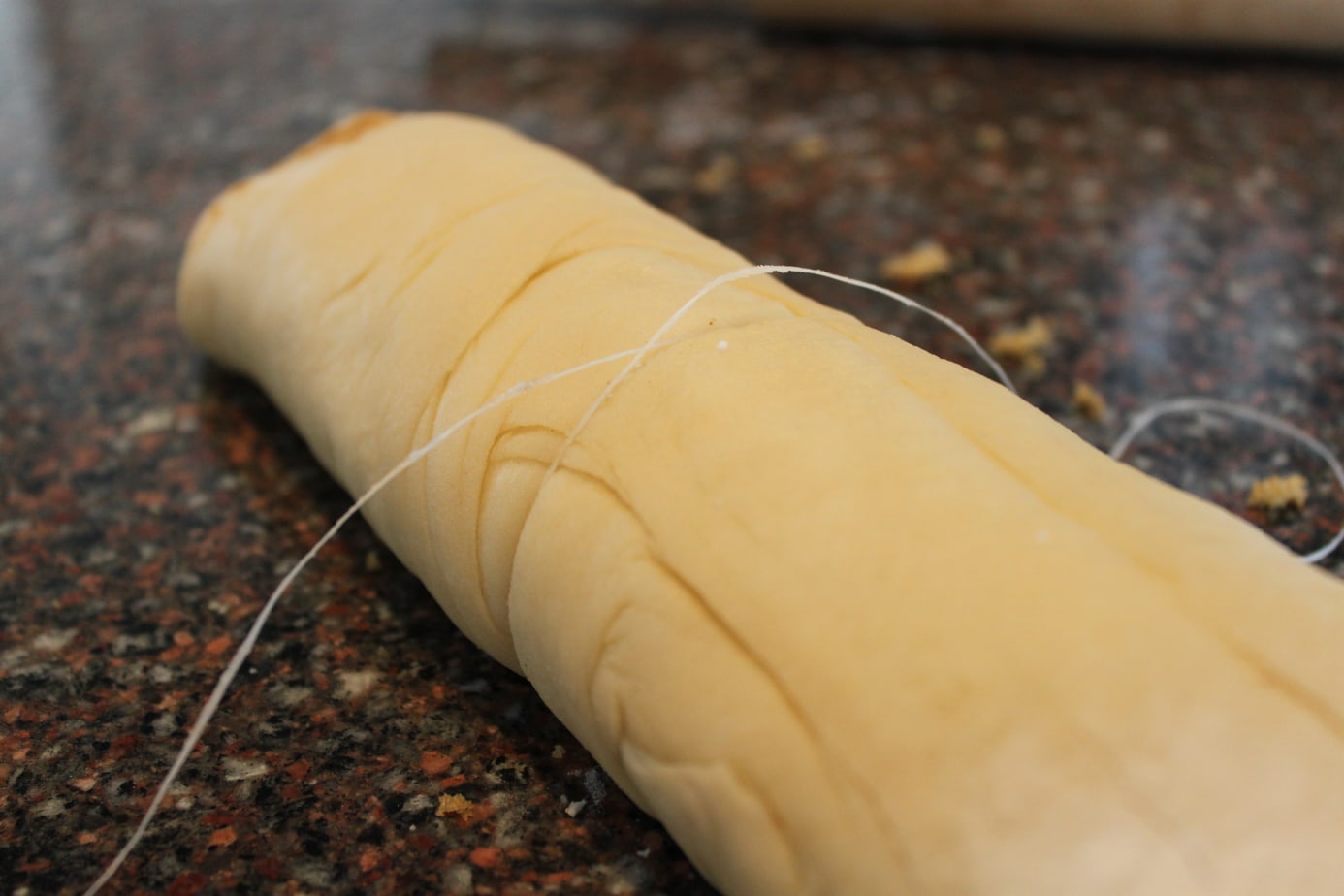 I prepared the pan, by lining with parchment paper and making a quick mixture of 1/3 cup brown sugar, 2tbsp butter and 1 tbsp of water. I put this mixture in the bottom of the pan so that the buns are sitting in their own little lake of sweet goodness. 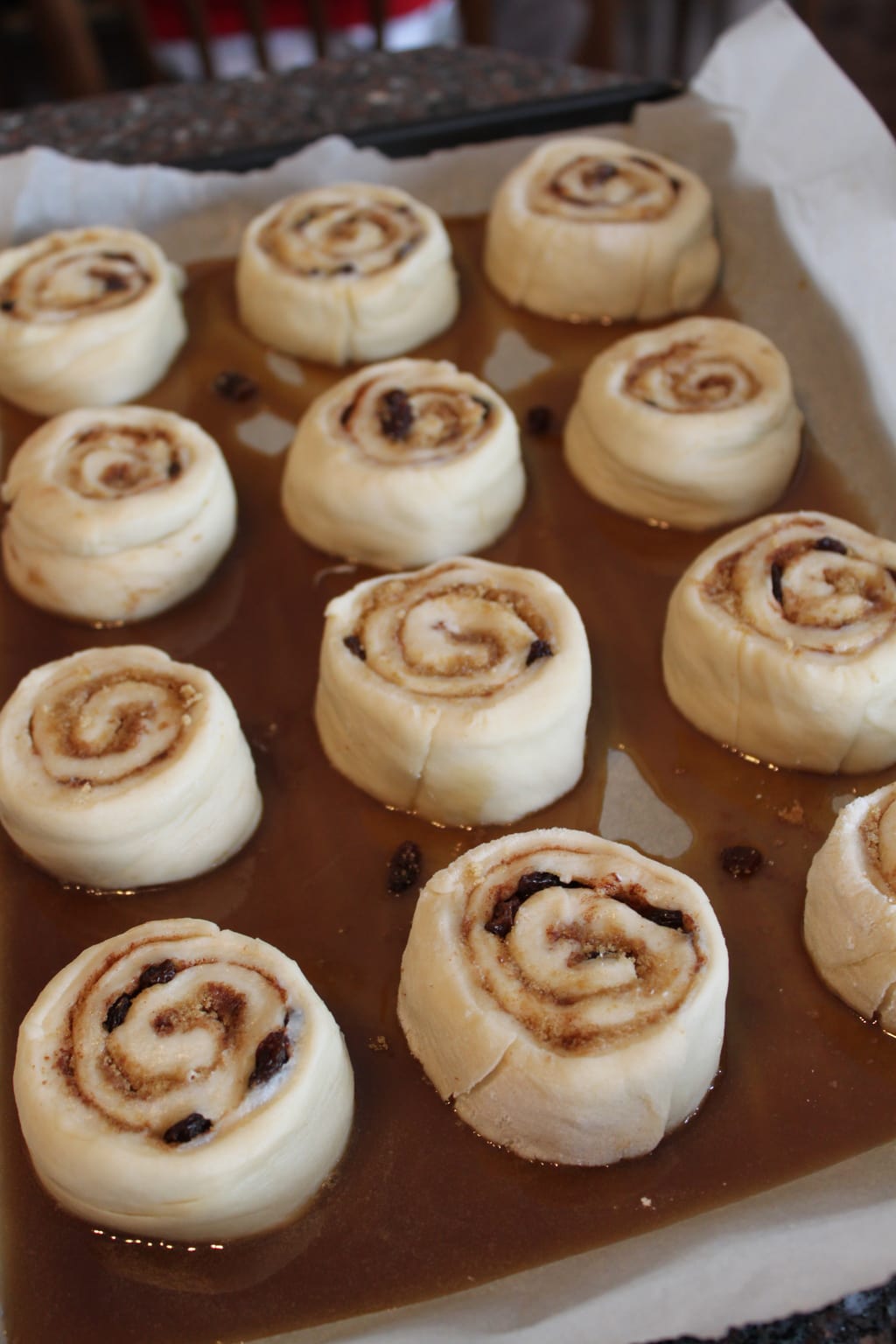 If you have some buns from the ends that are a bit smaller, put them in the middle of the pan (and the larger ones on the outside edges) so that they all bake evenly. They are ready to go in the oven!!

So, in they go to a pre-heated 375F oven for about 20-25 minutes. As soon as they come out, use a flipper to turn them over in the sauce so that both ends get a good bath. 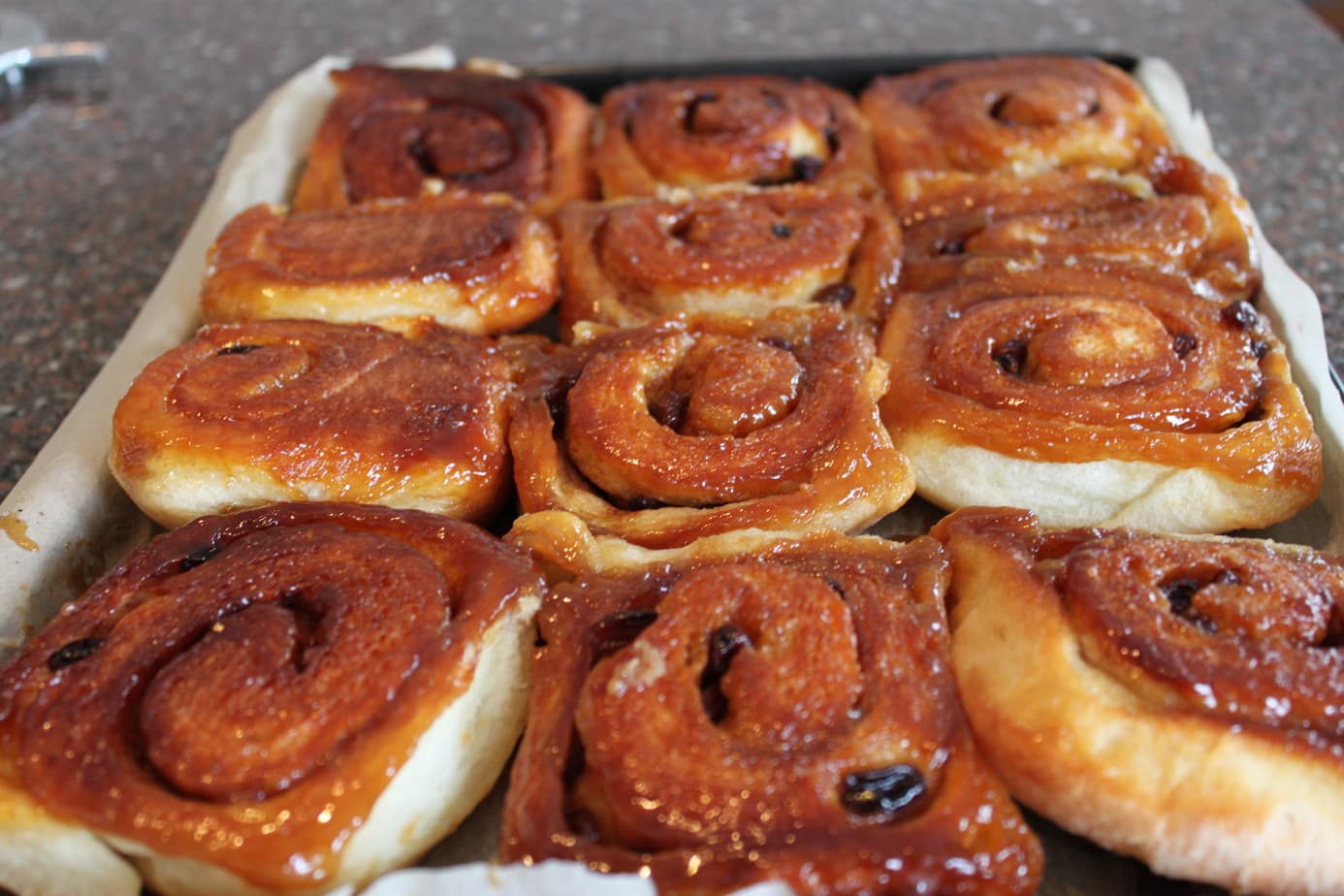 This dough is a lot lighter and more buttery than my regular dough. It soaked up a lot of the sauce so I think next time I may double it to make the buns a bit more ‘sticky’. One bun, however, has already disappeared!