I’ve been feeling that ‘homey’ instinct for a while now since the weather has begun to chill and the days are ever so short.  When I get that feeling I turn the oven on a lot more doing braises, roasting, and baking.  I recently was introduced to a new delicious blog via a follower on Twitter and at first glance I knew I had to try to make my own Dill Pickle Bread from Food Retro. I knew immediately that it would be something my pickle crazed family would devour, unlike the pickle soup I made them a couple of years ago. The drool worthy photos of Dill Pickle bread and cheese toasties on Anne’s blog even had me salivating and I’m not as nuts about pickles as the kids are.

Now, as you may imagine, getting yeast to bloom in a brine which includes vinegar is a bit of a problem. I’m not really sure what kind of wizardry Anne was up to but her bread rose beautifully while mine did not. Still, the bread was tasty enough to be worthy of another try.

It Starts With a Simple Brine

The Dill Pickle Bread recipe starts out a simple brine made of vinegar, sugar, water, mustard seeds, dill seeds, garlic, and salt. I mis-read the recipe and just added dill weed. It was just as well as I don’t think I have any dill seed. 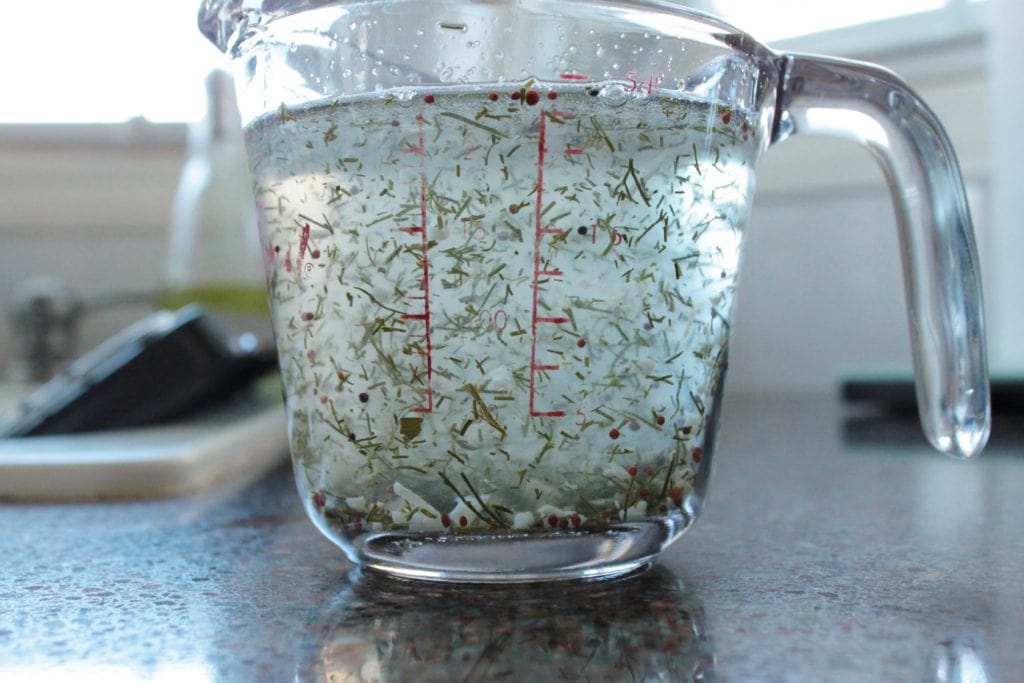 Cool the brine to 110F. Add the yeast and sugar and allow to proof until you see some action. In the meantime I finely diced some of my precious lacto fermented pickles. 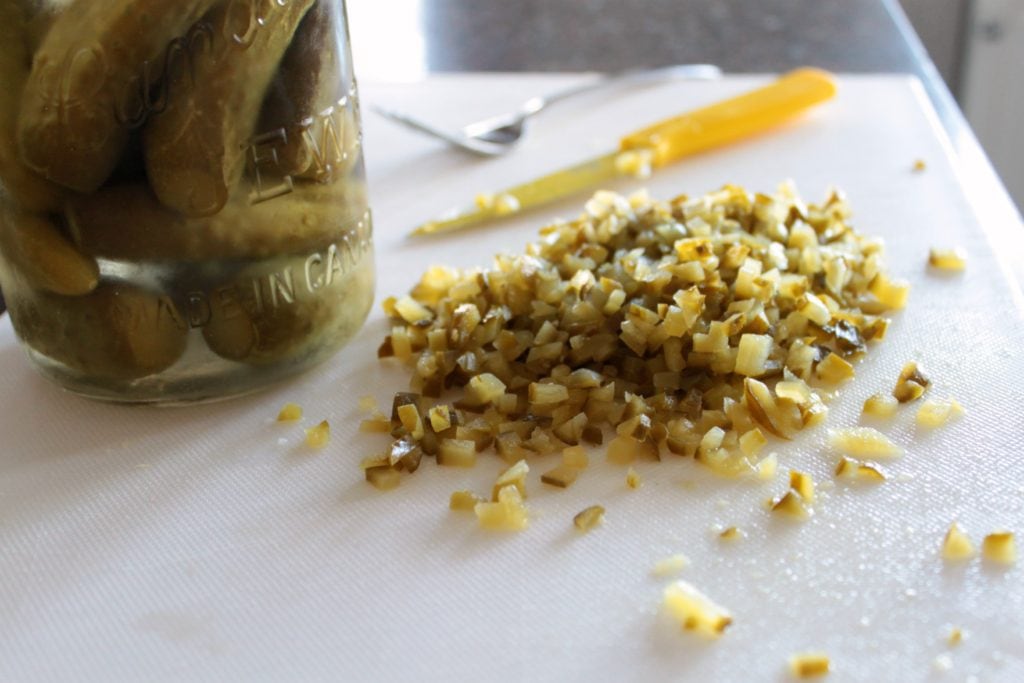 After the yeast has bloomed add the minced pickle, dill weed, olive oil, and two cups of flour. Make sure to add the flour gradually until the mixture comes together to form a ball. Turn the dough out onto a floured surface and knead until the dough is nice and stretchy. Remember, it’s important to work that gluten! Let the dough rise in a bowl in a warm spot until it has doubled in size (1-1 1/2 hours). After the rise, punch it down and knead it a bit. Reform the ball into a loaf shape and lay in a greased loaf pan. Let the loaf rise for another 30-45 minutes then bake for 30 minutes in a pre-heated 350F oven. 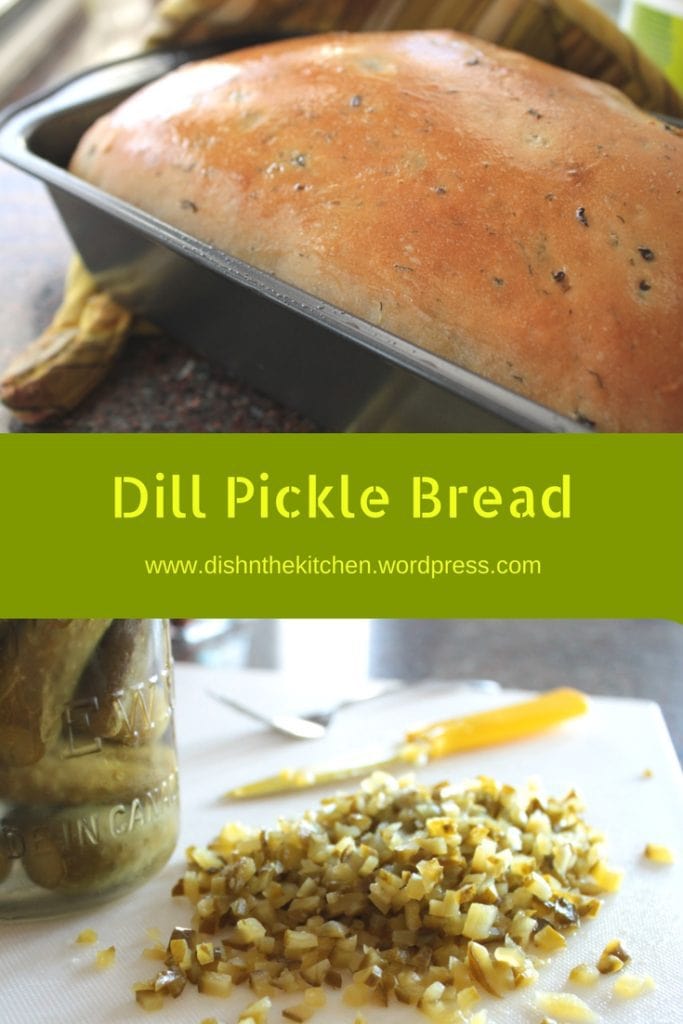 Get Your Bake ON with Dish ‘n’ the Kitchen 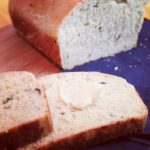