Apart from learning the cooking basics at my grandmother’s sides, I spent a great deal of my young motherhood learning about food through The Food Network. We didn’t have consistent internet back then but we did have free cable thanks to the careless cable provider that forgot to cut off the cable from the previous occupant of our house.  I consider that time to be the heyday of Food Network, back when they had actual cooking shows, not cooking contests, bake offs, and show downs. I really think the quality of programming has gone downhill and honestly, I really don’t care who the worst cook is in America!

You could really learn a lot from The Food Network back in the mid 90’s, and I did. One of the shows I watched with some frequency was Emeril Lagasse’s show, The Essence of Emeril. Oh sure, his ‘shtick’ got annoying after a while but he had a great attitude towards food and cooking and the combinations of spices and techniques he used were new to me.

When I found out Emeril Lagasse owned three restaurants in New Orleans, I knew we just had to visit at least one of them on our trip. We had passed both Delmonico and Emeril’s during our wanderings about town but we ended up going to NOLA on our last night in New Orleans. I was a little worried the food would suffer ‘celebrity status’ and it did, but it was still worth going. Hubby was excited too though he was a bit worried we’d be hearing ‘BAM!’ all night when he saw that the place had an open kitchen concept. Of course, Emeril was no where in sight and luckily he hadn’t allowed his team to copy his trademark.

Service was quick and somewhat efficient. I ordered the ‘Adult Lemonade’ and drank half of what I thought was a very weak adult beverage before the server noticed he had actually brought me a regular lemonade. I was really glad he noticed because the ‘NOLA Lemonade’ was definitely kicked up several notches…Bacardi Limón, Chambord and a hint of lemon juice were a super combination.

Kid number two decided on the Duck Confit Pizza and even though it was on the starter menu it was enough for to fill her up for dinner. I thought the toppings were a bit scarce but hey, it was drowning in truffle oil, so who can complain? 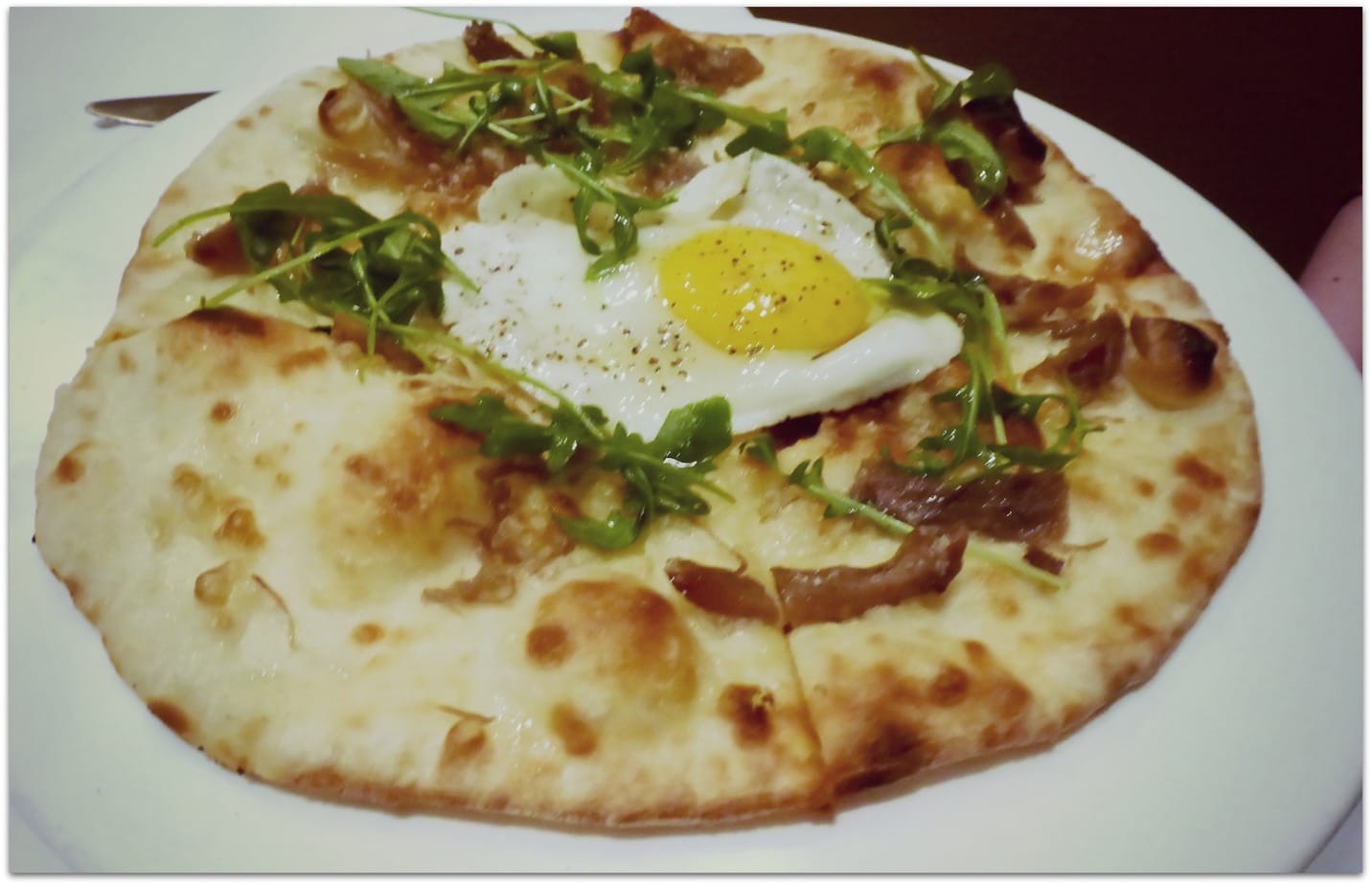 Hubby’s Honey Roasted Duck was definitely a full meal deal. It was super sweet as it was covered in a whisky caramel glaze, cornbread pudding, and candied pecans. The fire roasted corn salsa offered that little kick that the dish needed. 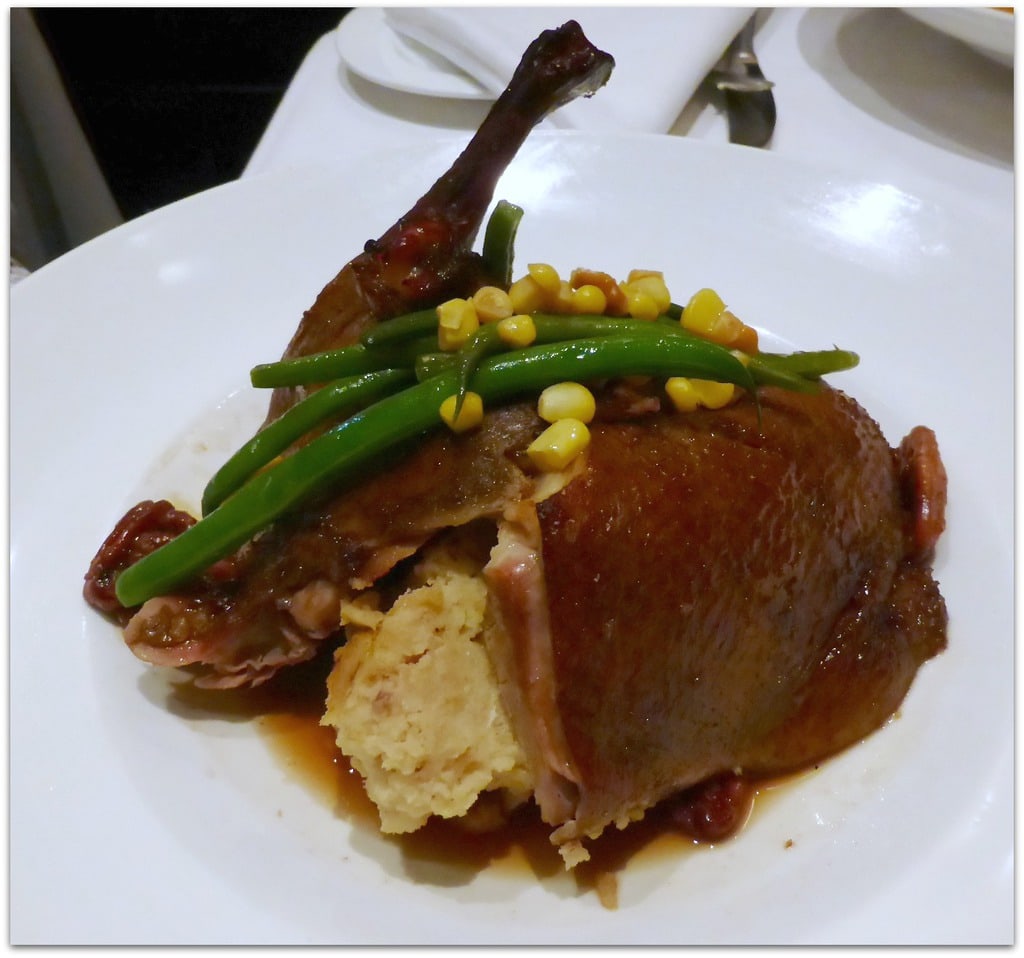 Both kid number one and I ordered the Shrimp ‘n’ Grits. We figured this was the only opportunity we would get to try a NOLA staple. The shrimp were nice and plump and the red chili-abata sauce was delicious. I couldn’t really get any flavour of bacon or the one mushroom that was present. In truth this bowl was nice and comforting BUT way too small a portion for a main. I’m also no expert on grits and these tasted great, however, it was frustrating to eat them with a fork. Either they needed to be less runny or I needed a spoon. Either one would have been okay. I knew he would still be hungry and I definitely was, so we decided to order another Duck Confit pizza to share between the two of us. It was a bit of an oddity, but having Duck Confit pizza for dessert was an excellent call. 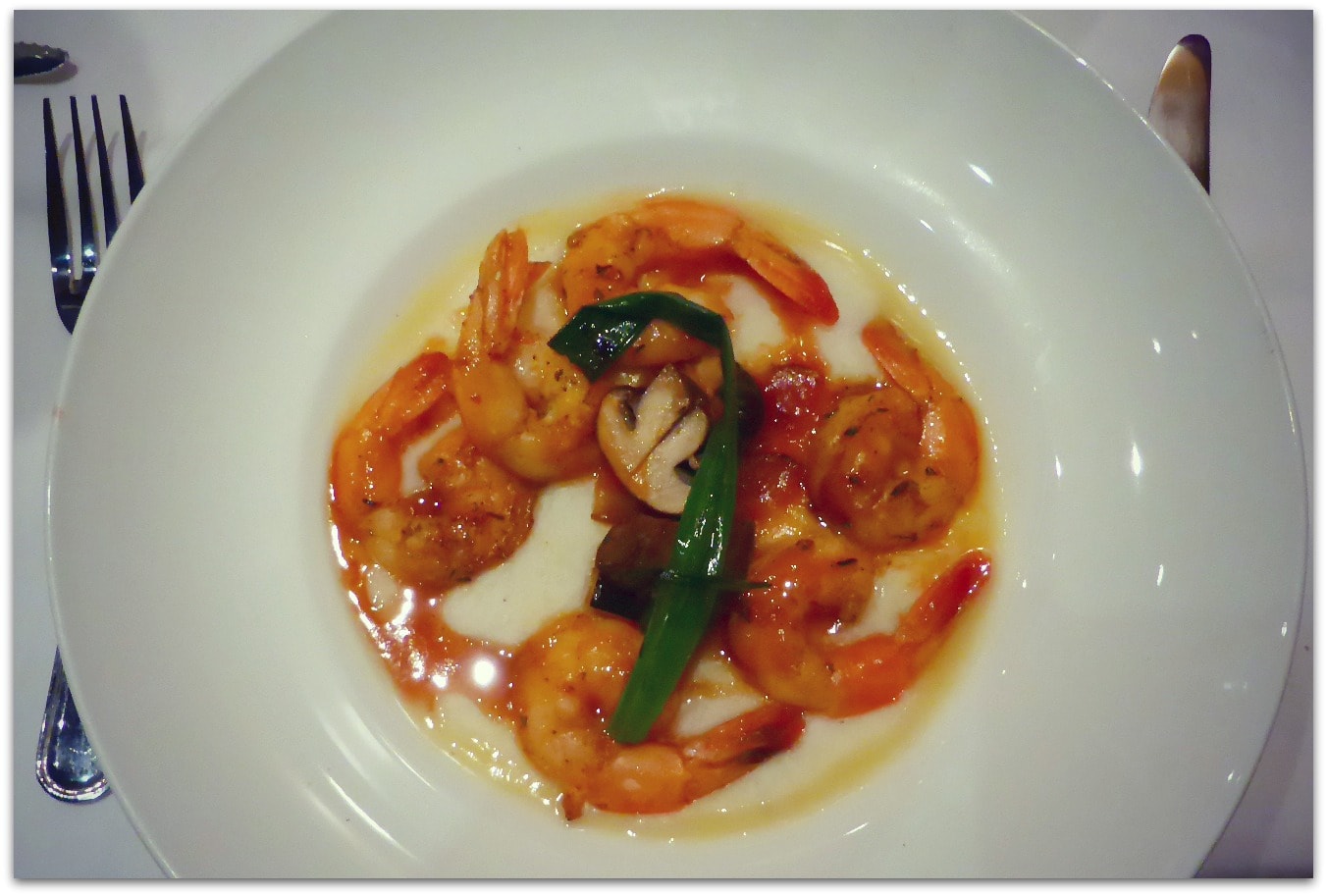 After we were finished, the kids insisted we head out to a Jazz club in the French Quarter. Since we had already been to Preservation Hall we decided to hit a different ‘all ages’ club called Irvin Mayfield’s Jazz Playhouse. It was very comfy in there, with large couches and velvet everywhere. We sat in the back for the first set but then move right on up for the second. We noticed that the upright bass player was the same musician from the Preservation Hall. I had a chat with Robert during set break and he is over seventy years old and playing in a different band every night of the week. You might think his a rough life but when you see him play, you can see the joy that radiates from him. The second set was much more lively with some requests coming from the audience and some not so ‘traditional New Orleans’ jazz was played. It was a great way to end our trip to New Orleans, Louisiana.  I have a feeling we’ll be back some day. 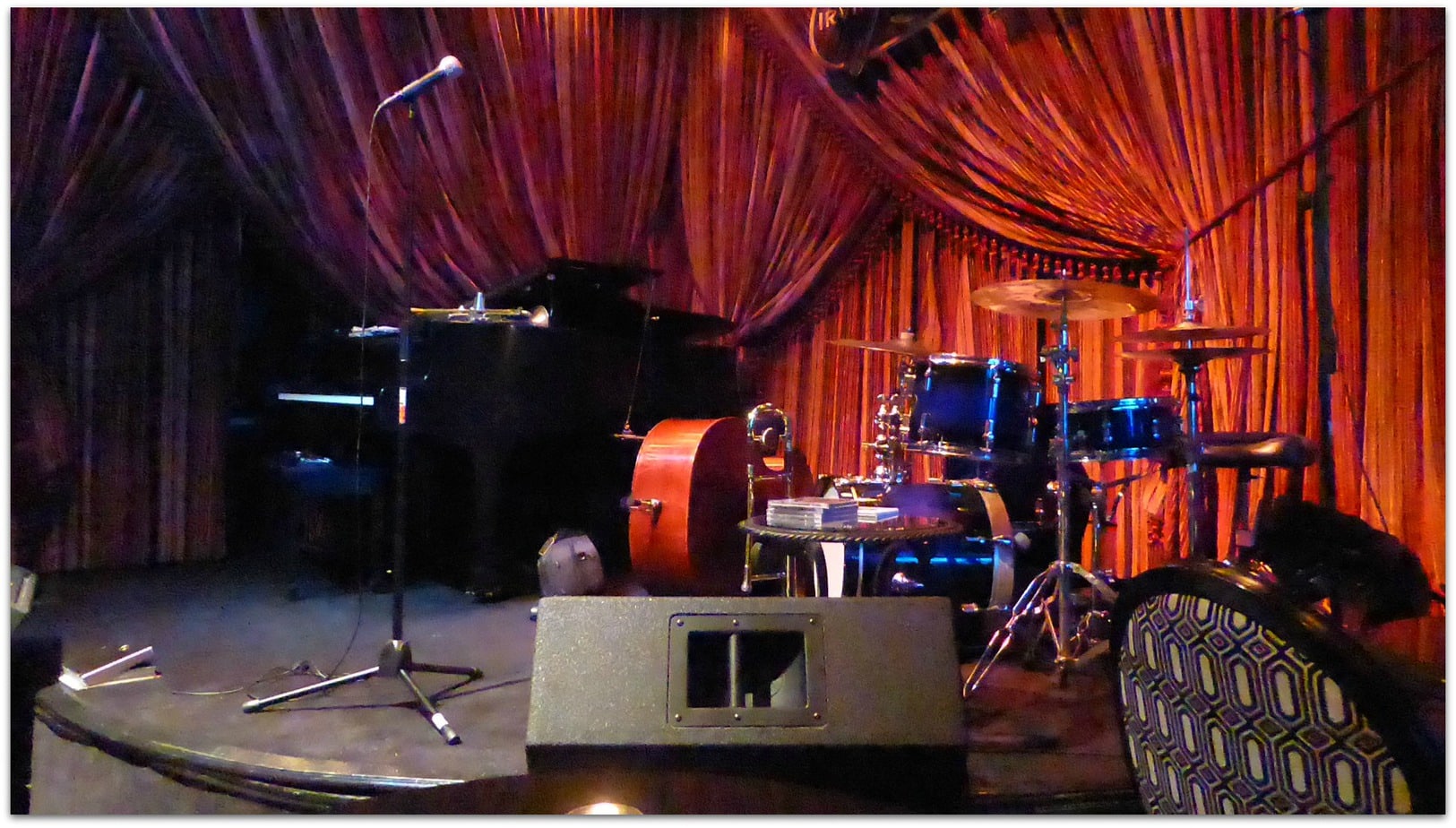