Have you ever had one of those nights when you start off with a protein (in my case chicken legs) and just can’t seem to settle on a definite recipe? Or maybe you find a recipe and start cooking away only to realize you are missing a bunch of called for ingredients.  I do that very often but after that brief moment of panic I try to turn it into a bit of a challenge to see what I can come up with instead. It turns out that on this night, I was missing a good many ingredients and ended up really with no recognizable dish with regards to the original recipe. This dish became a creature on it’s own…. 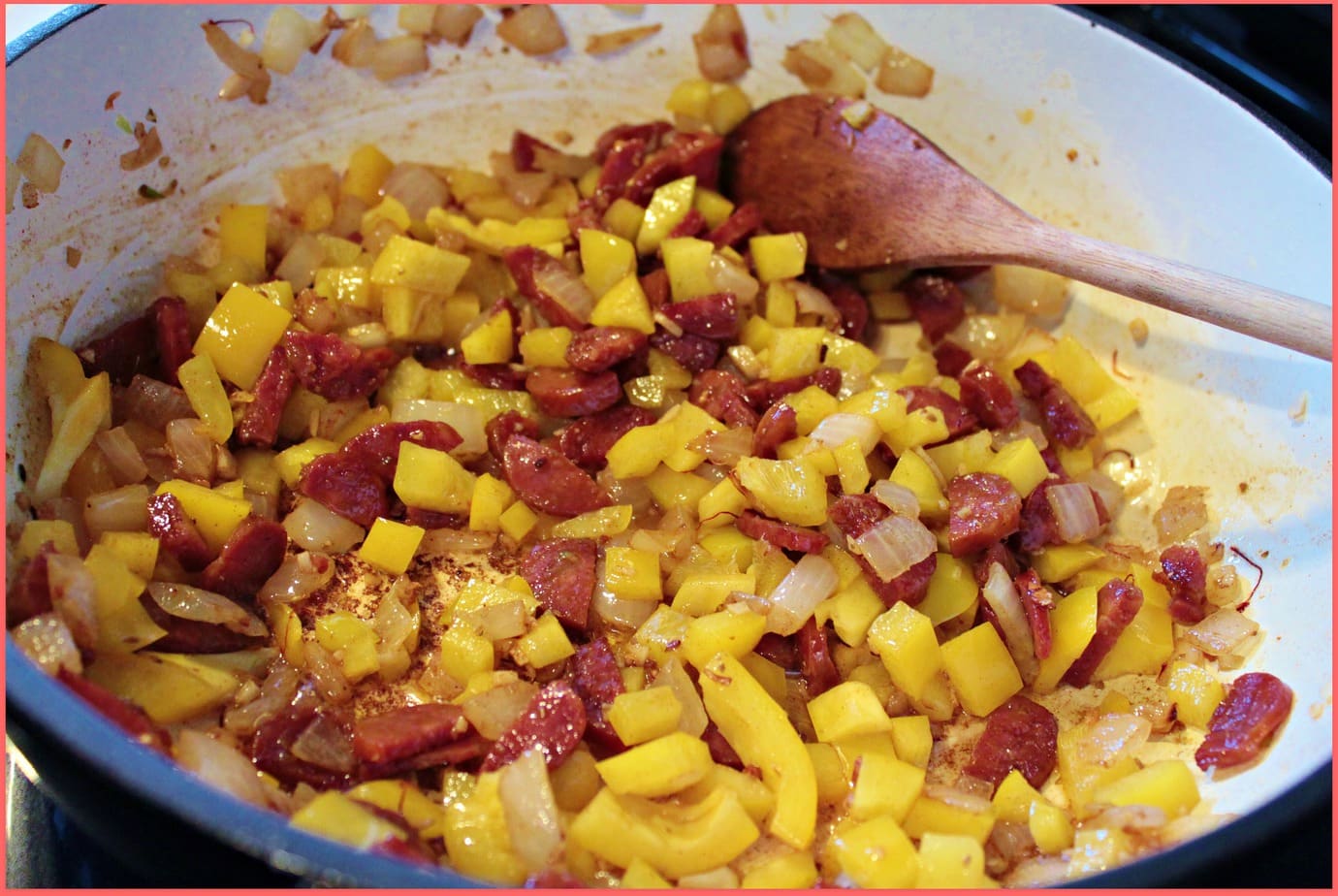 I originally really wanted to do something like a tagine so there are flavours of saffron and cinnamon, but then I liked the idea of adding chorizo and some sort of pulse. When the original recipe called for chickpeas and the only ones I had were still dried and sitting way back in the corner of my pantry I substituted red lentils which are much faster to cook and a lot easier to reach. 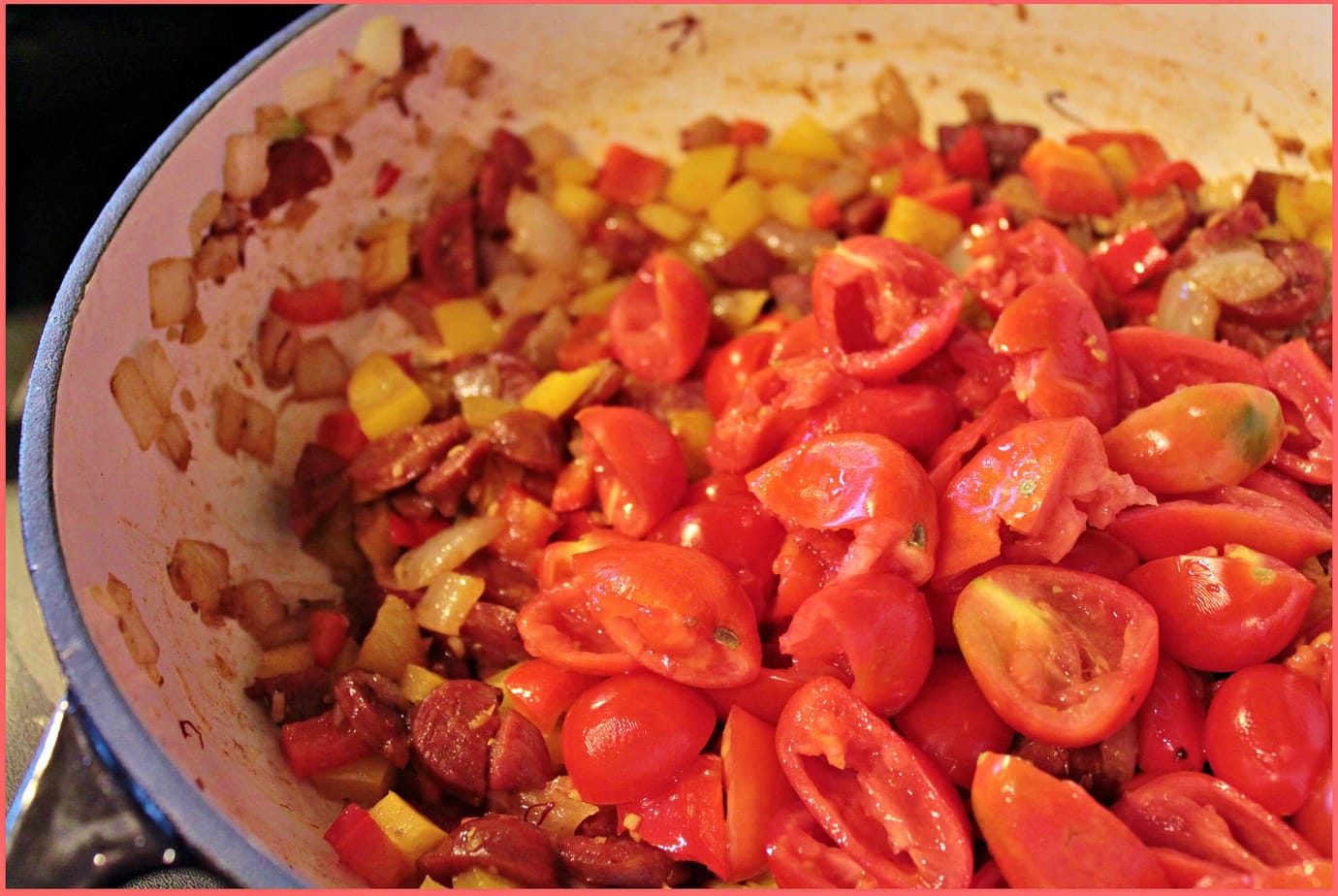 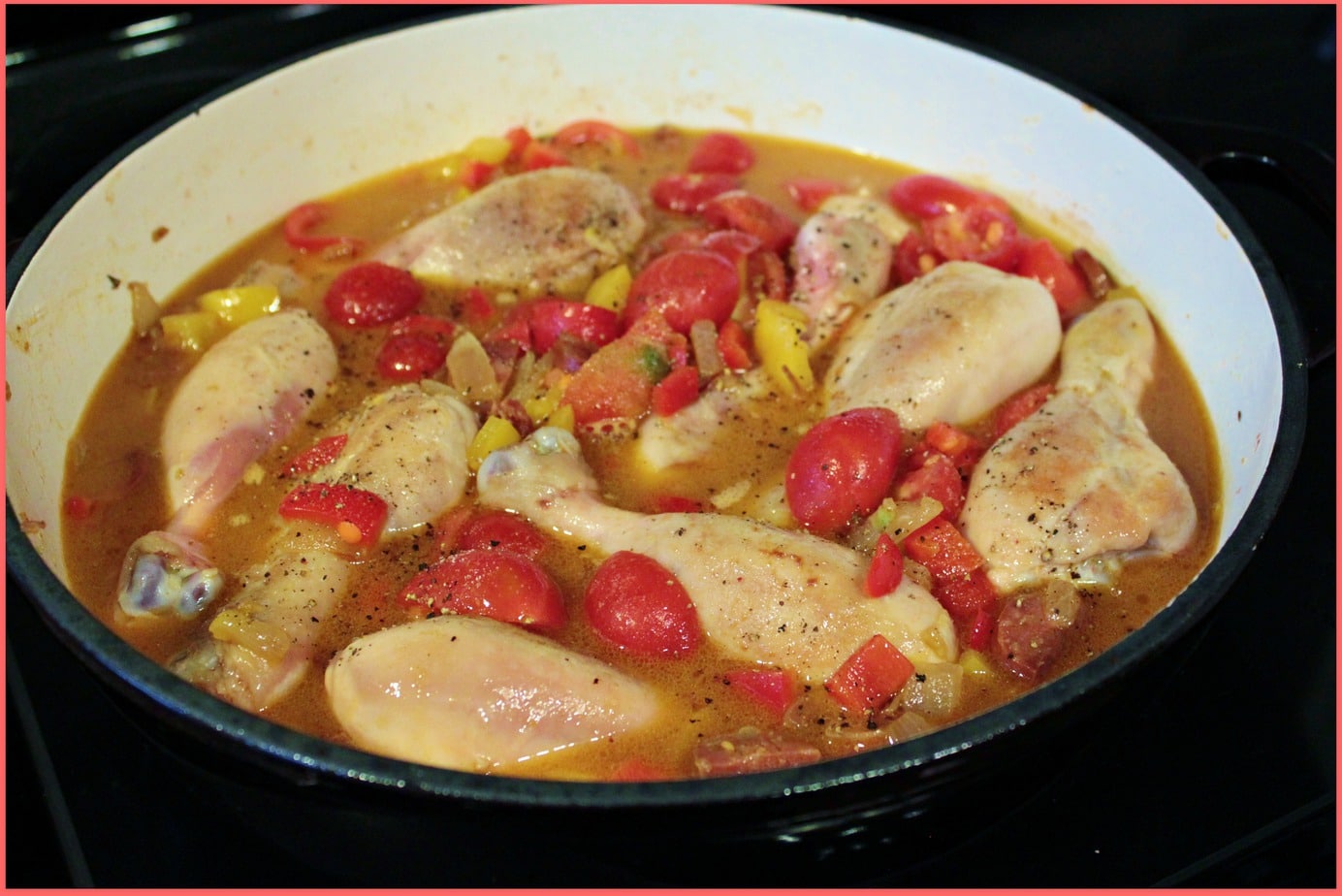 Let simmer uncovered for a while to thicken the sauce, then cover and cook until chicken is done and the sauce is desired consistency. 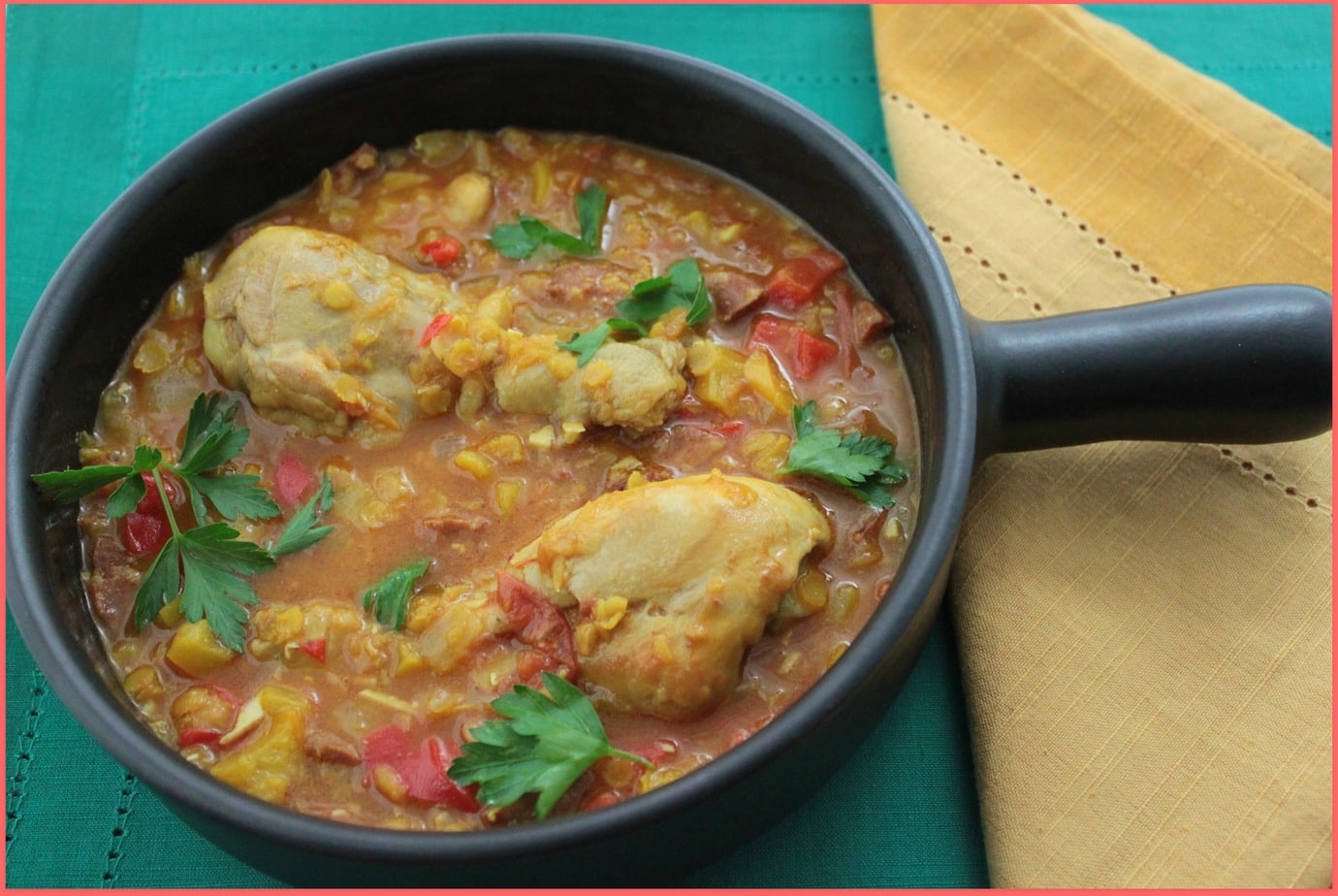