I have so many other posts to write but dinner tonight was so delicious that I just had to write about it while it was still fresh in my brain.  Or while my tongue was still numb. One of the two.

I finally got my hands on some Szechuan peppercorns and I just had to give making Szechuan Prawns a try after watching them being made on an episode of Masterchef Australia. I tried to find the original Masterchef Australia recipe but failed so I used one from Martha Stewart, called Tom’s Szechuan Pepper and Salt Prawns. It was fairly easy, the only key points being 1) Don’t let the peppercorns burn and 2) Don’t overcook the prawns. Simple. But extremely messy. In fact I think I may be procrastinating the kitchen clean up by writing this post…

Prepare pepper-salt: In a small saute pan over medium heat, toast Szechuan  peppercorns for about 3 minutes, shaking the pan. They will smoke and pop like popcorn, but don’t let them burn. Let cool, then coarsely grind the pepper  with salt with a mortar and pestle; set aside. 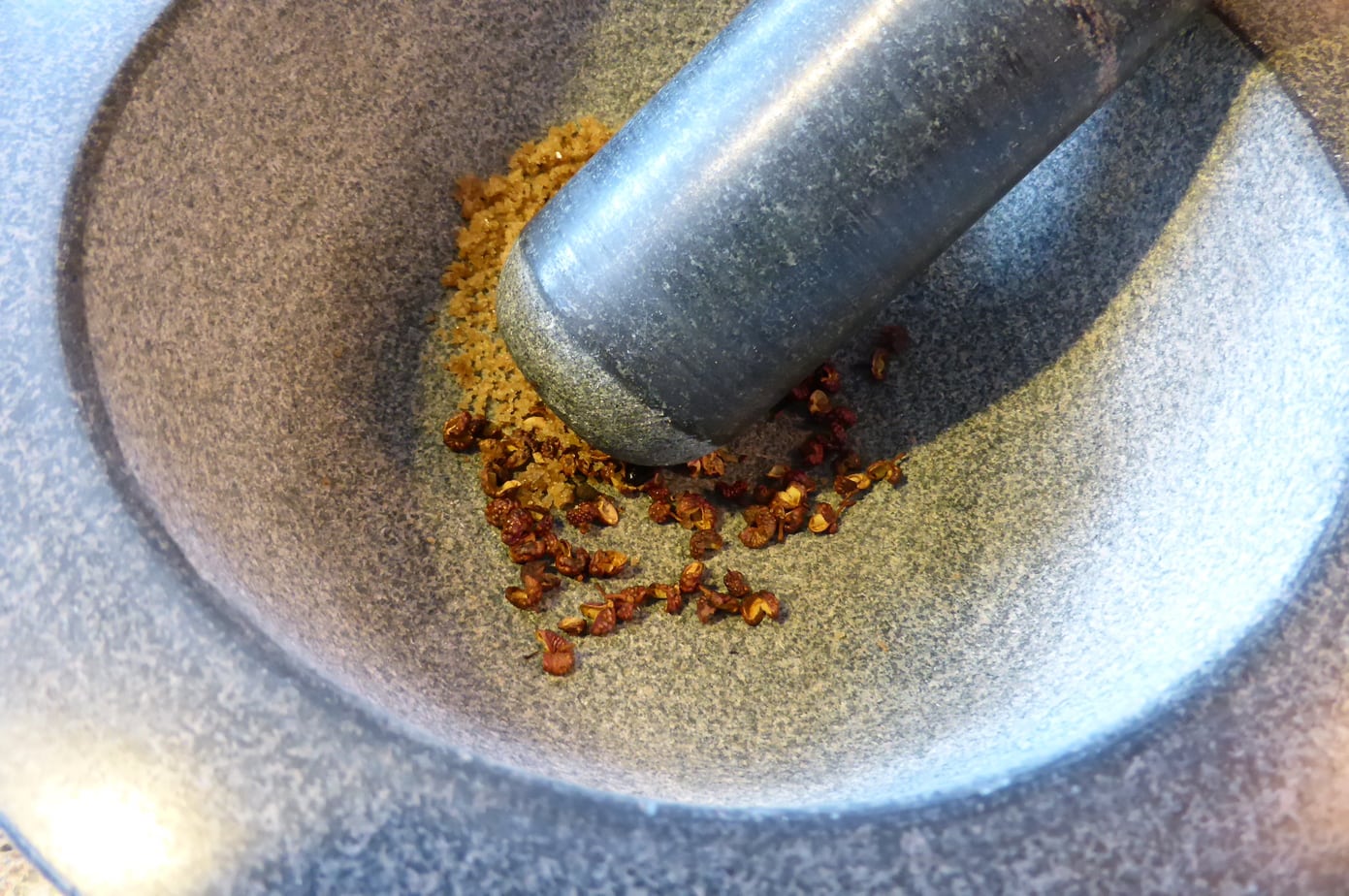 Place cornstarch in a medium bowl. Heat peanut/grapeseed oil in a wok or large saute pan over high heat until it is just short of smoking. Toss prawns in the cornstarch, and add to the wok. Cook for 2 to 3 minutes, tossing a few times to cook through on both sides. With a large spatula, hold the prawns in place, tip the wok, and pour off and discard the excess oil.

Add garlic and pepper-salt mixture. Return the wok to the heat, and toss prawns with the spices until spices release their fragrance and coat the shells, about 1 minute.

The Szechuan pepper has an odd, lingering heat. It’s pretty difficult to explain but when I took a sip of milk there was an odd sensation in my mouth. Sort of like when you drink milk after eating beets. I’m not sure hubby was too keen on the sensation, but the rest of us really liked the prawns. 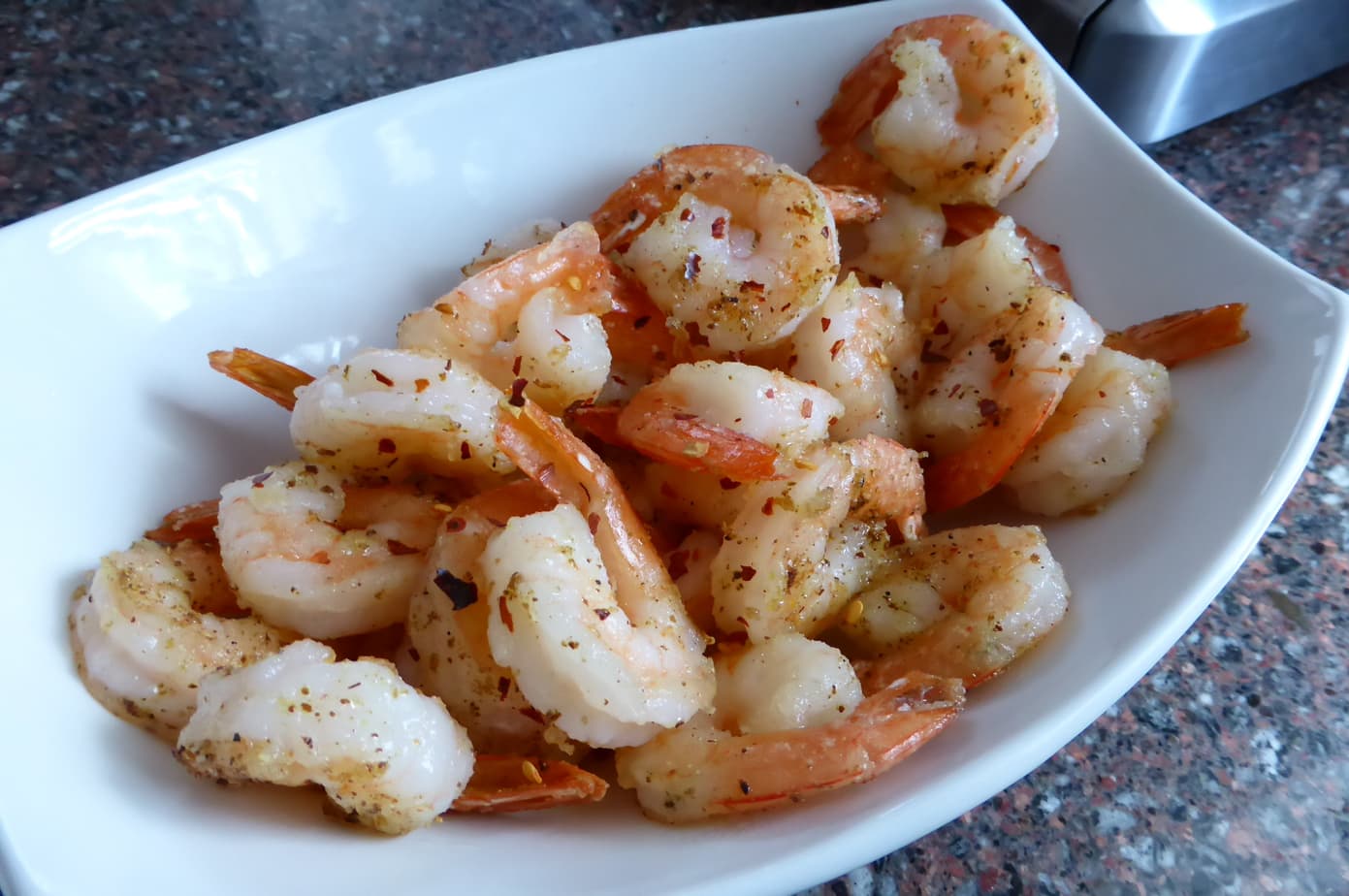 This was the only cooking I did tonight because I had visited Planet Organic this afternoon and bought some potato/spinach patties that I re heated as well as some kale-sesame salad and some edamame/areme salad. Areme is a dark brown seaweed with a mild, semi-sweet flavor, and a firm texture. It was delicious!   We definitely had our fill of superfoods tonight as kale, arame, and spinach are all considered to be superfoods.

A Tale of Two Biryanis