The minute you walk through the doors of The Nash everything old becomes new again. The restoration of this historical Inglewood building with a sordid past is completely mind blowing.  Built in 1907, the National Hotel was originally built for the working class and transients who came to work in the nearby sawmill, slaughterhouse, CPR railway, livery stable, and brewery. Inglewood was a bustle of activity in those early days but the neighbourhood became shadier in its later years and, with those changes, ‘The Nash’ became a center of ‘dubious’ behavior; a hangout for criminals and the seedier side of the town. It was finally shut down in 1998. 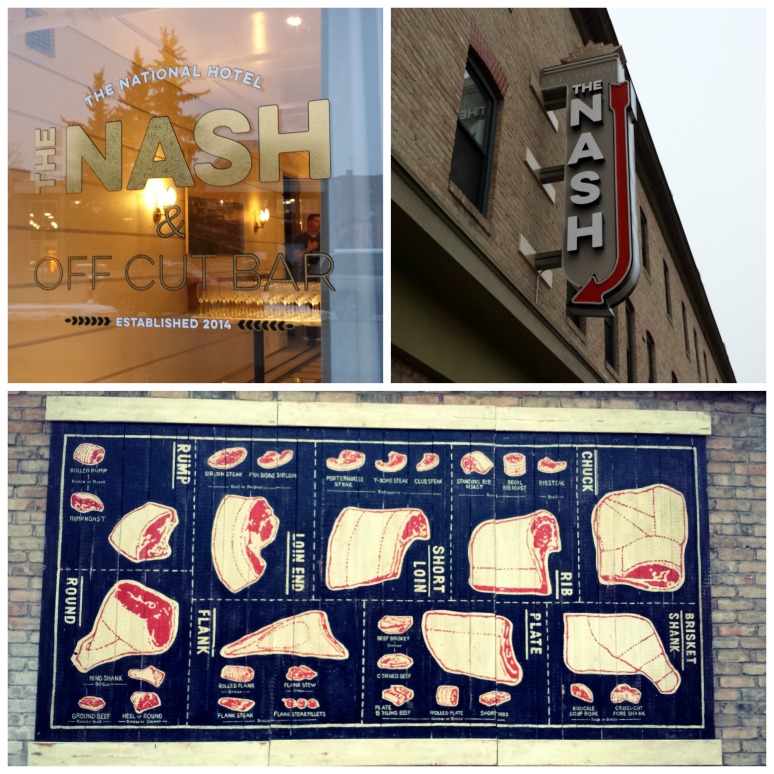 Restoring a historical landmark is not without its challenges and keeping an accurate exterior representation of any historical building is high on the priority list. Example: The attractive neon sign (by Keli Pollock) now attached to the East side of the building initially caused a problem because exterior signage would have been fairly simple at the time of construction. However, as buildings undergo many changes throughout their history, it was argued that the neon signage could have been added at a later date. 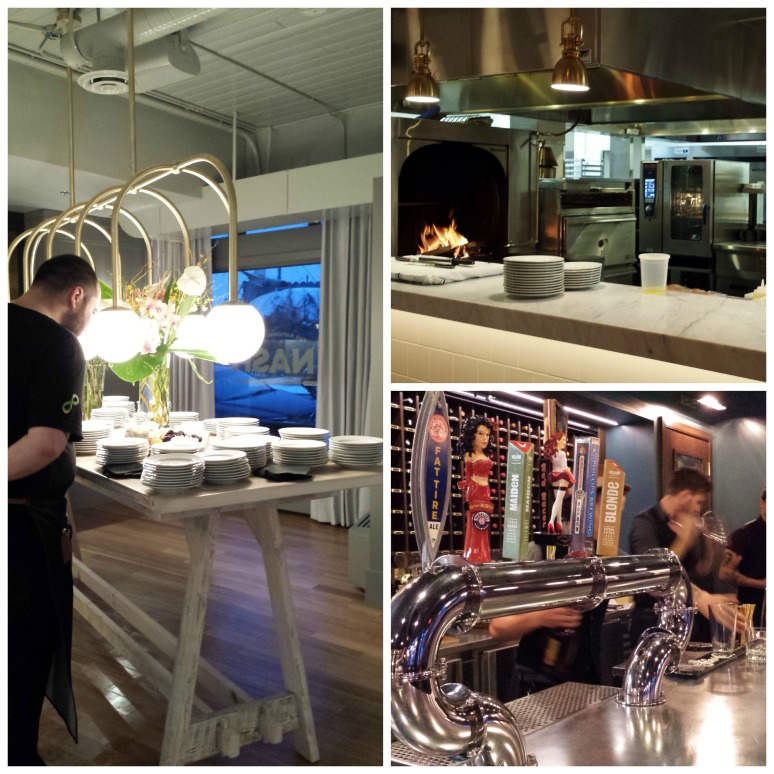 Designing the interior of a historical building does not seem to be as restrictive as the exterior restoration. Sarah Ward (Sarah Ward Interiors) has designed the space to reflect the building’s history so effectively that I immediately felt as though I were stepping back in time (or onto a set of Boardwalk Empire).  I see The Nash as less of a local watering hole for transient workers and more of an ‘upper crust’ sort of establishment…a classy joint. The space is divided into two, with one long bright airy space for the dining area and a smaller, darker, more sophisticated area for the Offcut bar. The dining area features hardwood flooring and a white painted wood ceiling accented with brass light fixtures reminiscent of hotel luggage carts. There is a roaring wood fireplace with a taxidermy moose rack; great for fireside cocktail sipping and chef photo ops (see photo below). I would be lying if I said that I wasn’t in love with the Offcut Bar. From the ‘offcut’ wood flooring to the period ceiling tiles I just can’t get enough of this design. The walls are grey green/blue further accented by the rad plaid upholstery on the bar and table chairs. The bar height tables in the Offcut bar were custom made using radiators found during the restoration and the bar was made in New York. Peering out from the far wall are the faded mugshots of local petty criminals from the time period. I like to imagine all the shady business deals they were involved in while I sample the top notch cocktails. 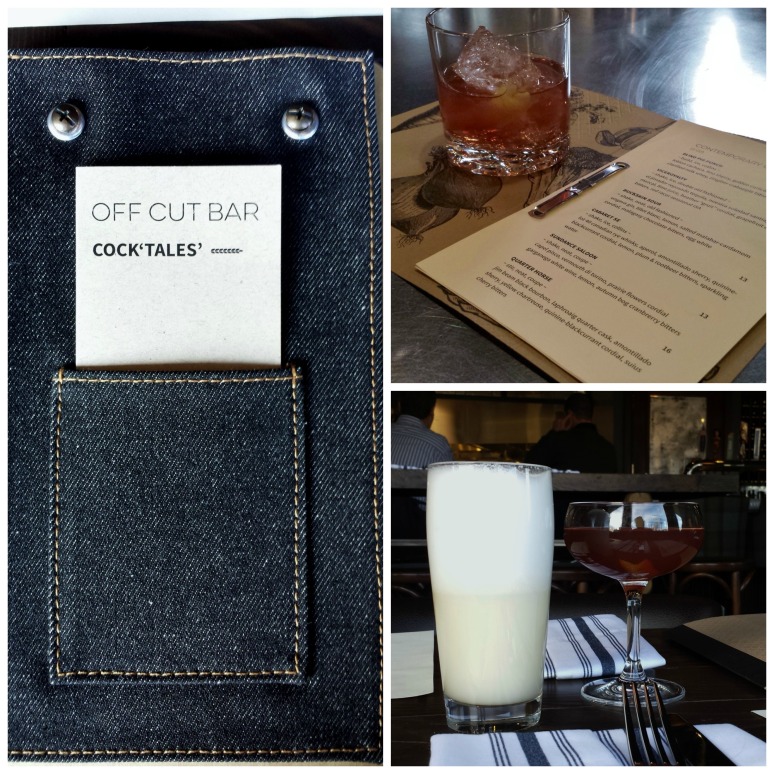 I arrived for The Nash opening night gala promptly at five and was able to get a few pictures in the fading daylight. Inevitably, I found myself at the bar where the very hip(ster) bartender already had a Quarter horse Cocktail with my name on it. It was pretty hard to say no to the fella, but with one sip I knew I couldn’t be driving home if I drank it all. I’ll be back with a designated driver in the future.

All the tiny versions of menu items looked delicious and I tried samples from every tray just to be sure. The tiny burger sliders were a huge hit with the crowd and I finally managed to snag one from the last tray coming out of the kitchen. Other highlights of the night were the pork belly with chorizo and charred corn purée, the adorable mini brioche Dungeness crab sammies, and the chicken liver parfait. I tried my very first crispy sweetbread and ate quite a few of the ocean fresh oysters. I couldn’t decided whether or not I preferred East or West coast, but the red onion mignonette was delicious. 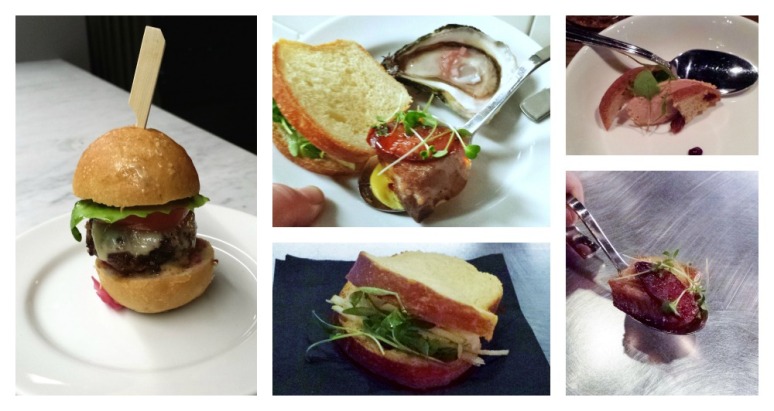 It was a pity I had to leave early to attend a Vertigo Theatre play because I almost missed the tiny desserts coming out: Chocolate saffron créme bon bons, Stilton cheesecake, Buttermilk sorbet with candied carrots in a chocolate pot, and an assortment of tiny, but perfect, macarons. They were ALL delicious!

Chef Noble introduced his team in an emotional speech. David Singleton, Restaurant director at NOtaBLE, is also the director at The Nash and Offcut Bar. Christie Mackay has left her temperate Vancouver home to become General Manager and the kitchen is left in the capable hands of Mathew Batey, formerly of Mission Hill Winery. It was clear from the way Chef Noble spoke that he holds each of these people in high regards and that he feels as though he can depend on them to bring The Nash and Offcut Bar to its full potential. 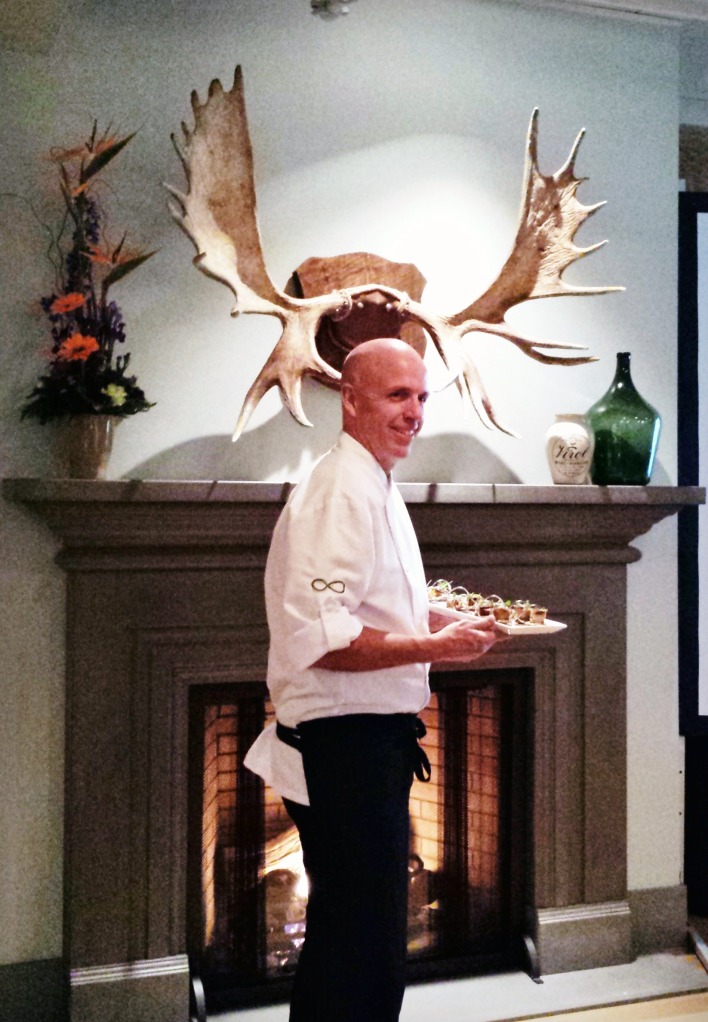 Calgarians, particularly residents of Inglewood, are lucky indeed. Not only has the restoration of this historical building revived the fading ‘historical vibe’ of such a modern city, but it has also contributed to the late night dining (and drinking) options available in the area. It is little wonder that Inglewood has recently been voted Canada’s Great Neighbourhood for 2014.