Fiddle heads are the edible uncurled shoots of several fern species. They are found in early Spring in several parts of the world and are eaten in North America, Northern France, India, Indonesia and Japan (to name a few). Fiddleheads can not be cultivated and so remain a true ‘harbinger’ of spring cuisine. 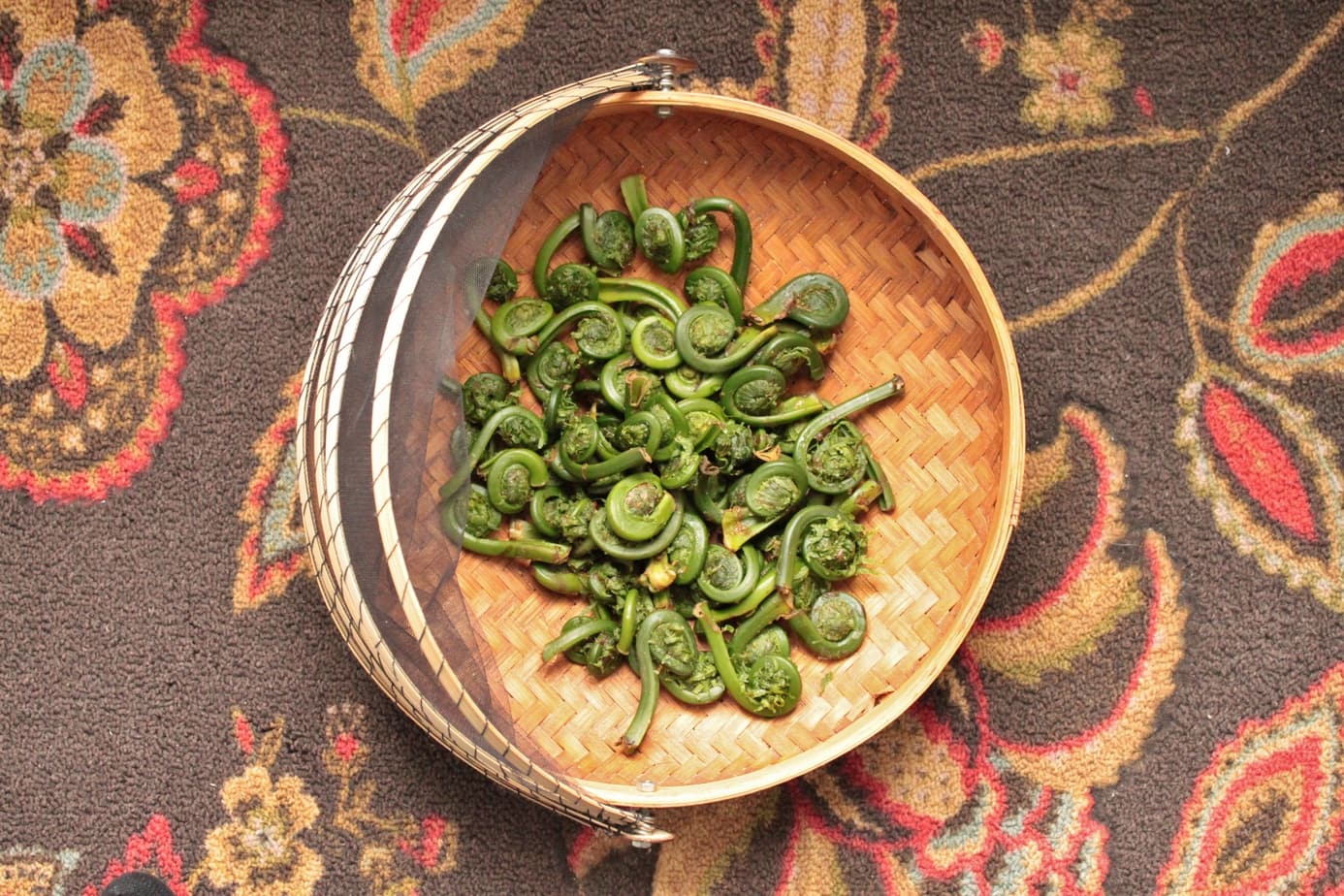 Healthwise, they are high in fibre and rich in vitamins, minerals, and fatty acids. They are low in sodium, rich in potassium and the Omega-3 and -6 fatty acids. 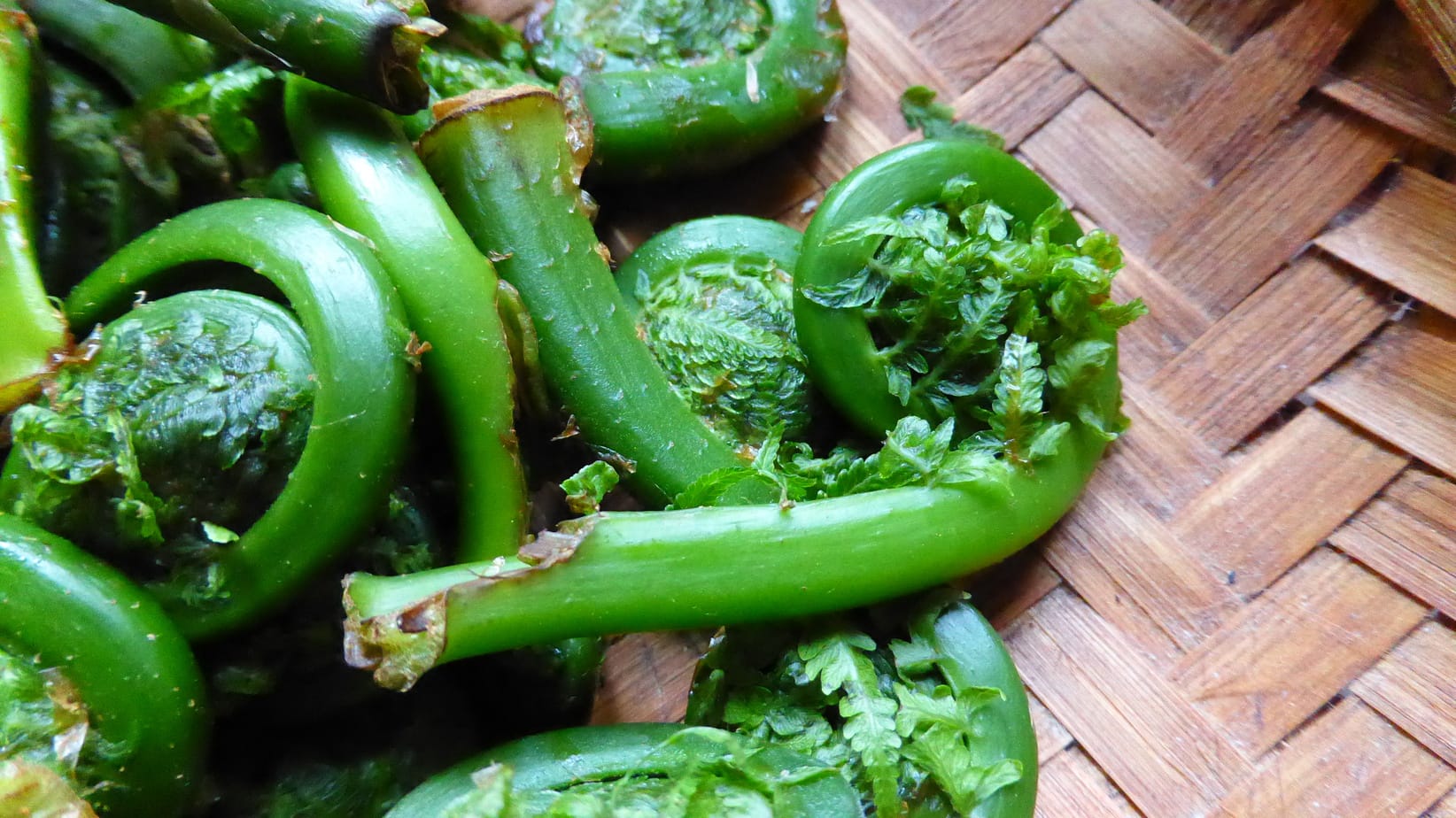 Correct washing and cooking is important as the shoots may harbour microbes and possible toxins.