This past weekend I was invited to tour several farms in Stettler County, Alberta during Alberta Open Farm Days (August 19 & 20) as a guest of Destination Stettler. As I battled the city rush hour traffic heading north out of Calgary, I focused on the blue sky above. It was dotted with the same fluffy white clouds that I knew would be waiting for me out in the country. I couldn’t wait to get out to the open fields, fresh air, and peaceful quiet.

Once we were out of the city, my co-pilot Linda Garson kept the conversation flowing. In what seemed like no time at all, we arrived at the our destination. There we were greeted with prairie-style hospitality along with a special treat from a local bakery. 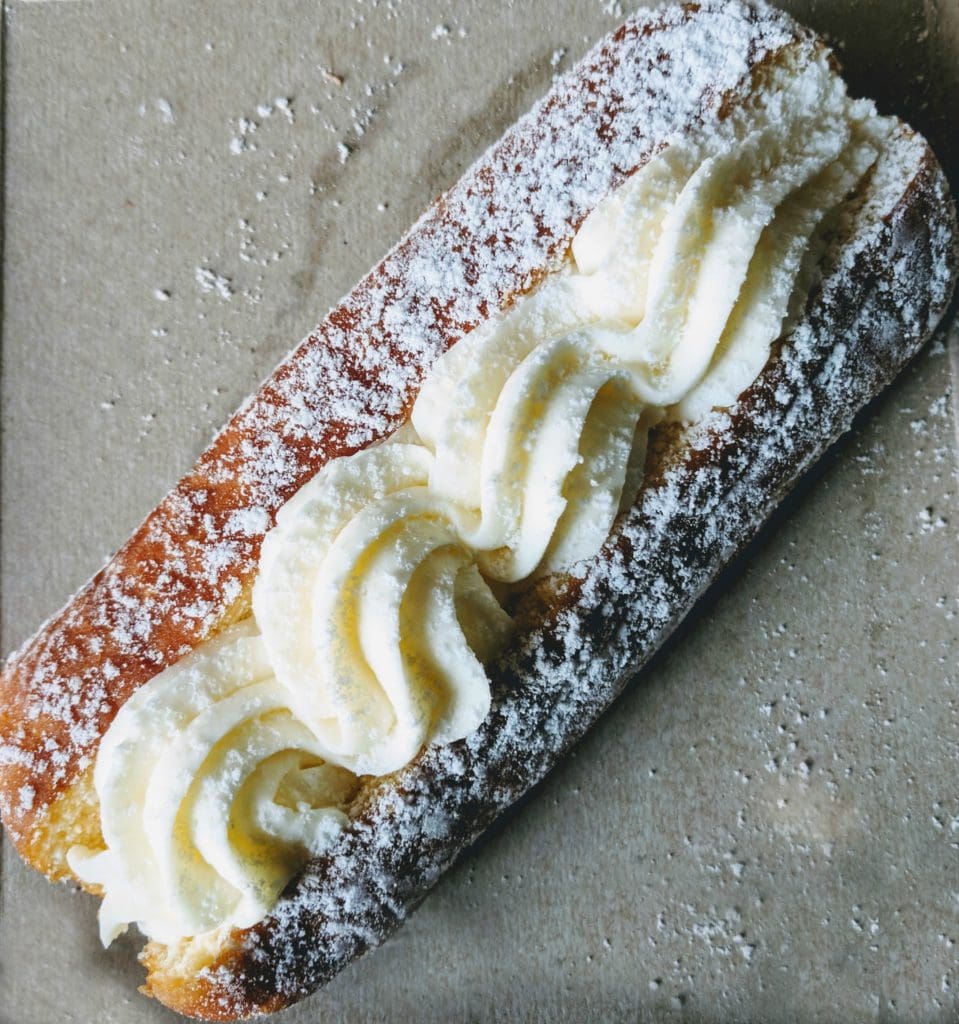 Our Day Begins with Breakfast in the Country

After a restful sleep in the hotel, Linda and I drove a quick 5 minutes out of town. There, at the brand new Stettler County Public Works facility, a delicious pancake breakfast awaited us. We met Stacey from Destination Stettler, the other member of our media group; Anastasia from Travel Alberta, and our tour guide for the day, Quinton Beaumont, who is the Director of Agricultural Services in Stettler County. 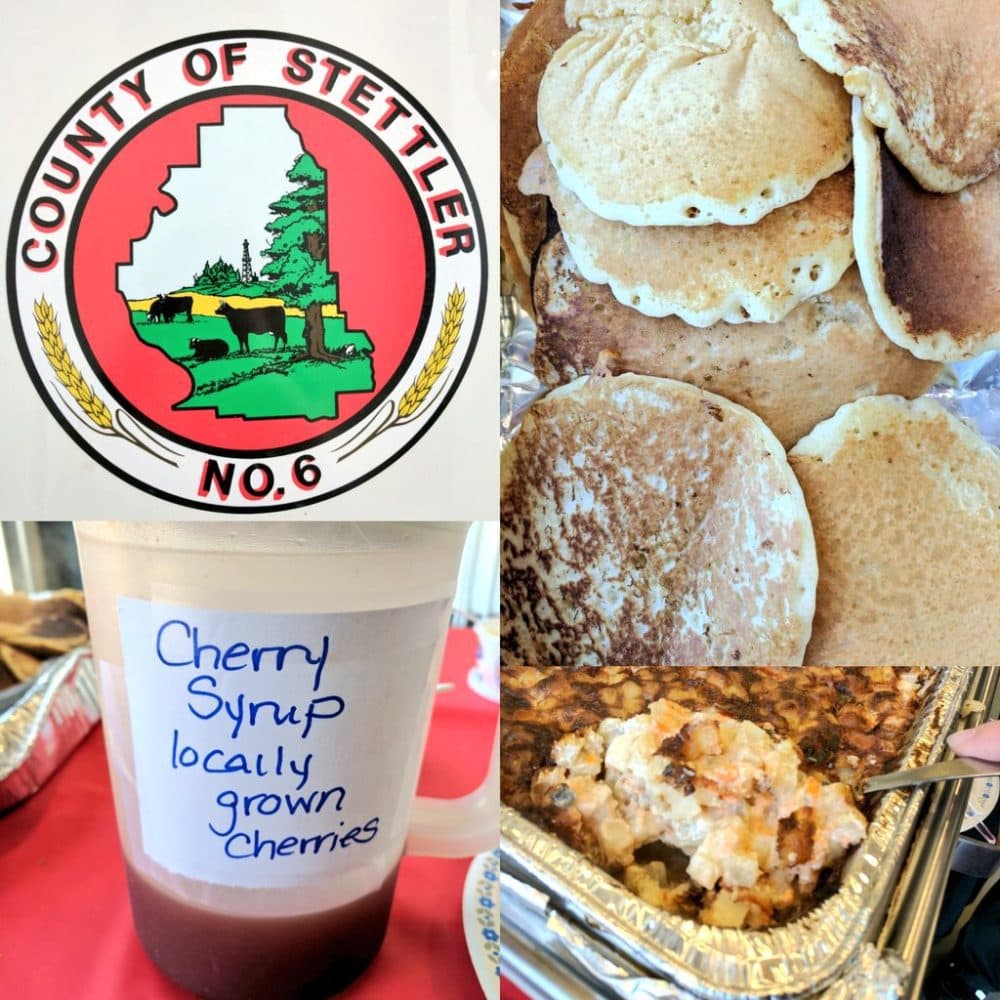 Soon we boarded our bus and were on our way to the first farm destination; Fox Country Goats. I’ve only ever been on one other goat farm near Kelowna, BC. and that was mainly for goat milk and cheese. Tim and Lori Fox began as farmers in Saskatchewan but moved to Alberta when this farm came up for sale in Stettler County. They have a mixed breed herd of around 400 goats which they raise primarily for meat which is referred to as chevon.

Demand for Chevon is High in Canada

Right now, demand for goat meat exceeds production and as a result over 4 million dollars worth of chevon is imported into Canada annually. Based on previous goat farm experience I had prepared myself for that ever present eau de goat but the barn and pens were spic n span for the Open Farm Days tours so it was really not bad at all. The goats were lively and hungry…did you know that goats graze underbrush and eat noxious weeds? This makes them attractive alternatives to manual cutting and chemical applications, especially near waterways and in cities (like Calgary!). Along with the goats, Tim and Laurie also raise chickens and have a huge garden to feast from all summer (and beyond). 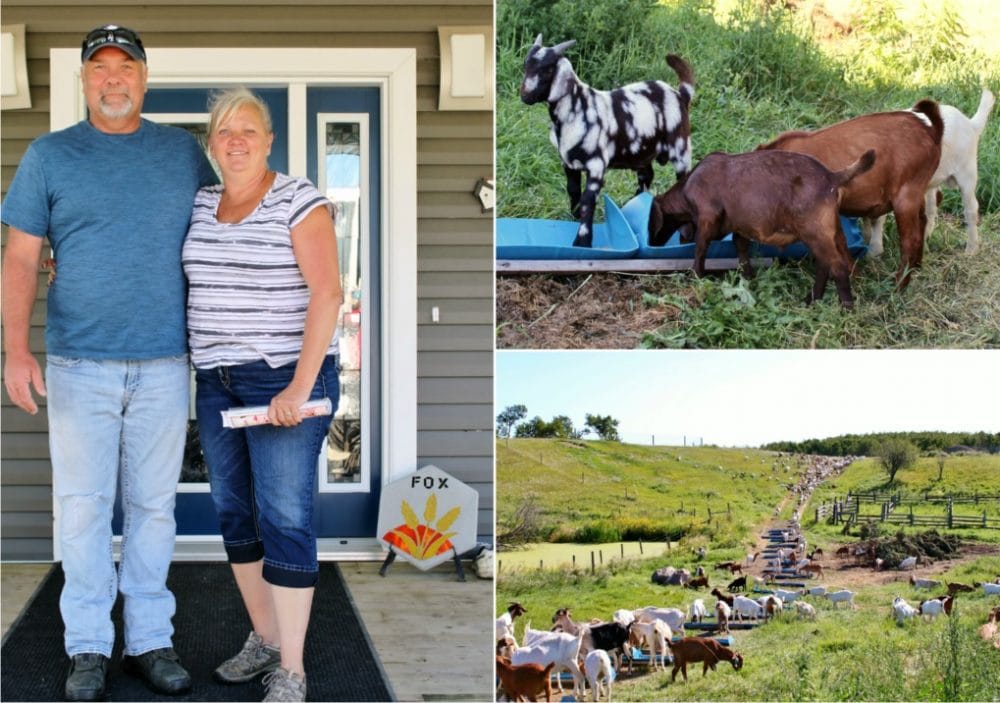 Remember that fresh country air I was so excited about? We got plenty of it at the next stop of our Stettler County tour…at Buffalo Hills Natural Beef overlooking the eastern shores of Buffalo Lake. The wind blew gales off the lake and right up the hill to the farm but that view was magnificent!

Buffalo Hills is a third generation family farm intent on raising beef from birth with zero antibiotics, hormones, or growth stimulants. There’s lots of space for the small herd to roam around on the rolling grassy covered hills, lots of space and a great quality of life.

When One Door Closes…

The same can be said for the farming family that lives there. After years in the corporate boardrooms of downtown Calgary, Quinn Hayden was laid off when the economy took a downturn a few years ago. He went back ‘home’ to help his dad, Greg, during calving season and realized that he missed the farm life. The decision to move his family to Stettler County and return to his roots couldn’t have been easy but already the rewards are endless and the family is closer than ever.

Buffalo Hills Natural Beef were one of the main sponsors of the long table ‘Taste of the Heartland’ dinner in Stettler later that evening and they also fed us delicious beef burgers for lunch. Their beef is available locally, direct from the farm and in larger packages starting with 1/4 side throughout southern Alberta. 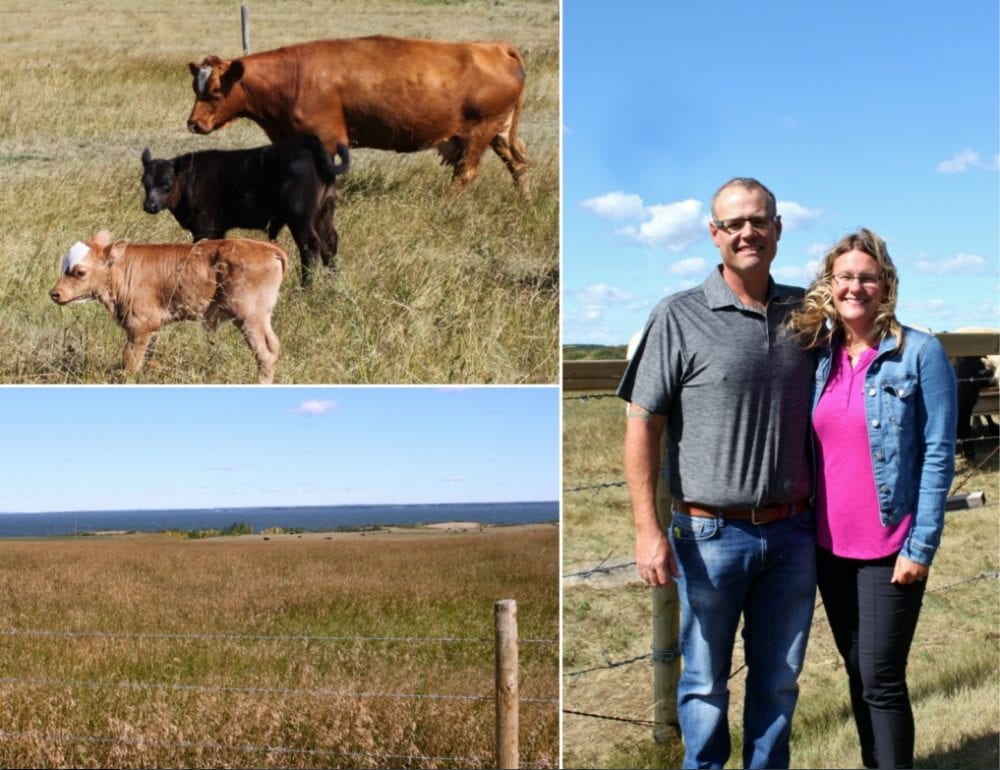 After lunch we boarded the bus again for a quick jaunt over to Rairdan Grain Farm to learn about advances in farming on a 5th generation family grain farm. On the way there our bus guide Quinn explained the importance of crop rotation on the soil and in pest/disease prevention.

Farming is one of the most risky businesses around with huge sacrifices of time, work, and money made for sometimes very little return. Advances in farming technology and agricultural research have made today’s grain farmer the most efficient to date and though no one can ever control the weather, these advances ensure that farmers can support the food demands of our growing population as efficiently as possible.

The High Costs vs. Quality of Life

Jack Rairdan and his family had all their ‘toys’ out shined up and proudly on display; a few millions of dollars invested in their farm from the crop-spreading cones on the sprayer to the auger/bagging system which allows the crop to be stored right there on the field until the truck is ready to take it to the elevator. Each machine has an advanced GPS system (RTK) that basically drives it around the field in an almost exact line for each pass.

For Jack, there are many positives to being in the agriculture business, the most important is that farming allows Jack to be close to his family because they work together everyday. 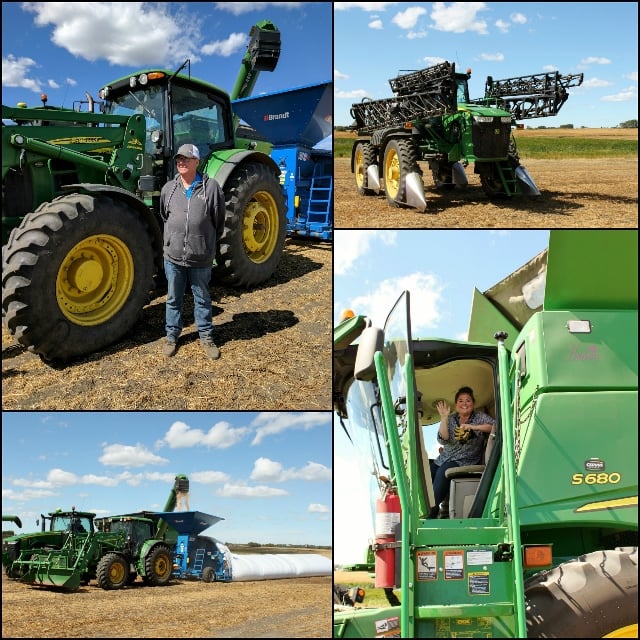 Our final farm tour was at one of only three dairy farms open during Open Farm Days. The Haustein family have been dairy farmers near Erskine for 40 years and the new generation, brothers Calvert and Conlee Haustein, have brought in some really big changes to the way they do things on the farm.

After much research, they have invested in a fully robotic milking system which means much less work for them and no more 5 am milking times. Each cow is fitted with a transponder collar that contains all of their information; how long they feed for, how often they are milked, general body wellness and breeding history. When the cow steps up to the chute to get milked the collar is read by the computer and if the cow hasn’t met their daily milk quota, they receive a treat, get their teats cleaned, massaged and finally…they get milked.

The robot does all the work, including testing the milk for irregularities (if the cow has a slight infection or has recently given birth). That milk is separated from the human grade milk that goes through the cooling process and is stored in the 6,000 litre tank.

In addition to the 2 miking robots, the Haustein’s have invested in special bedding mats which have reduced the need for straw bedding and a recycled lagoon water flushing system which aerobically treats the water used to clean the barn floors. This aerobic floor flushing greatly reduces the growth of the bacteria that makes the floors slippery.

In all, the time actually spent milking, feeding, cleaning, and watering the 100 head of dairy cows has been greatly reduced and the other conservation practices ensure sustainability for the farm and industry.

Want to Know More About Stettler County Farmer and Producers?

A Taste of the Heartland – Stettler Long Table Dinner 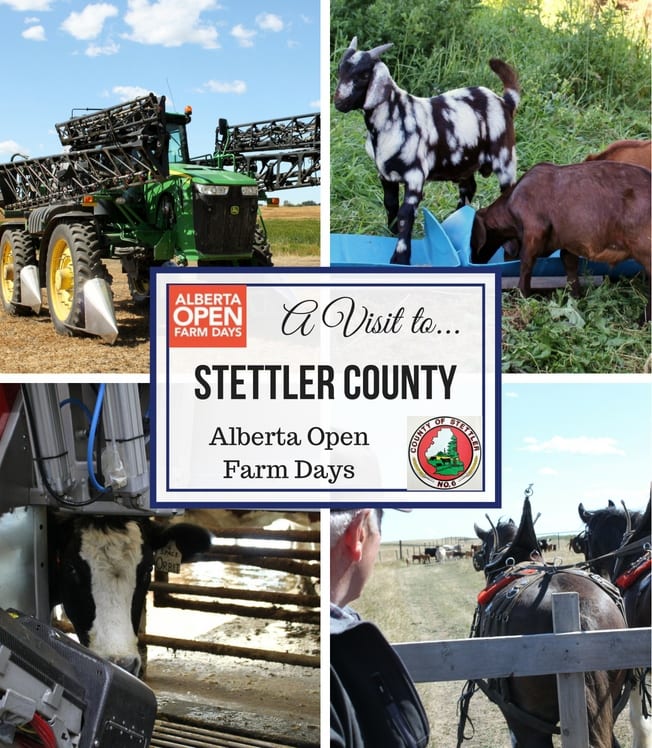 There’s So Much to Do in Stettler County

Who knew the Stettler County had so much to offer? As a farmer’s daughter I can tell you that people often take what they have in their own backyards for granted. Easy access to local grown fresh produce and hormone free/humanely raised protein is a way of life in rural areas, it’s not a farm to table ‘movement’, it is a reality through hard work and determination.

Alberta Open Farm days is a great initiative to get urban (and rural) people to see where their food is grown and to get to know the farmers and producers. In addition to Stettler County’s many and varied farms you can visit on Open Farm Days, there are many things to do and see in and around Stettler on every weekend of the year…