While grocery shopping for our Thanksgiving meal I had a stroll down the magazine isle and saw the newest issues of bon appetit and Food & Wine. Both had cozy looking delicious fall braises on their covers and my mouth began to salivate. Since I was about to start brining  my turkey I thought I would also try some similar flavours with a pork roast. So once home I searched the bon appetit archives and came across a suitable recipe online.

Now that I’m reading through the recipe again I see that I made quite a few adjustments. I used a bit of the brining salt and herbs meant for the turkey to rub onto the top of the pork roast and left it out on the counter for a couple of hours. 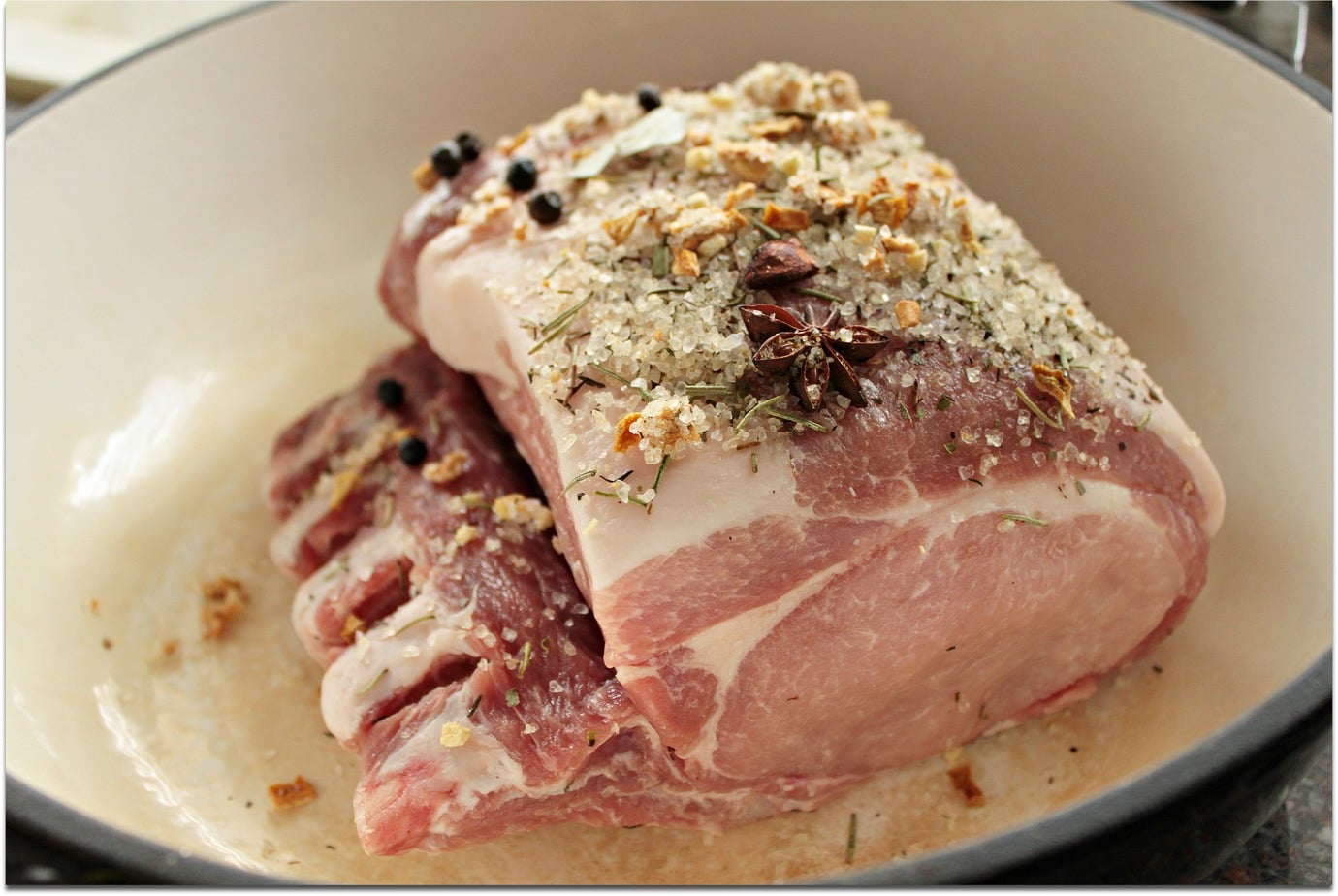 In the meantime, I went to Calgary Farmer’s Market to buy fresh local garlic and some really nice shallots. It was a bit out of my way for these two ingredients (though I also managed to pick up a chocolate pecan pie from YUM! Bakery) but I find it’s the most economical way to purchase shallots. If you go to a big box grocery store to buy shallots the quality is sometimes not there and they charge $3.99 for two or three tiny shallots as opposed to $3.99/lb for the lovely shallots at the farmer’s market. Considering I was buying a whole pound of shallots (bon appetit is an American publication and they STILL haven’t switched to metric!!) I saved quite a lot of $$ at the same time as shopping locally. Win & win.

It was almost 3 when I got home so I knew I really needed to get a wiggle on so the roast would be done in time for dinner. I peeled all the shallots and halved the larger ones, then I peeled the garlic and apples. I added the cored and cut up apples just before I added the liquids to the pot; a few cups of apple cider and instead of ginger beer I used my home made ginger syrup and a bottle San Pellegrino. 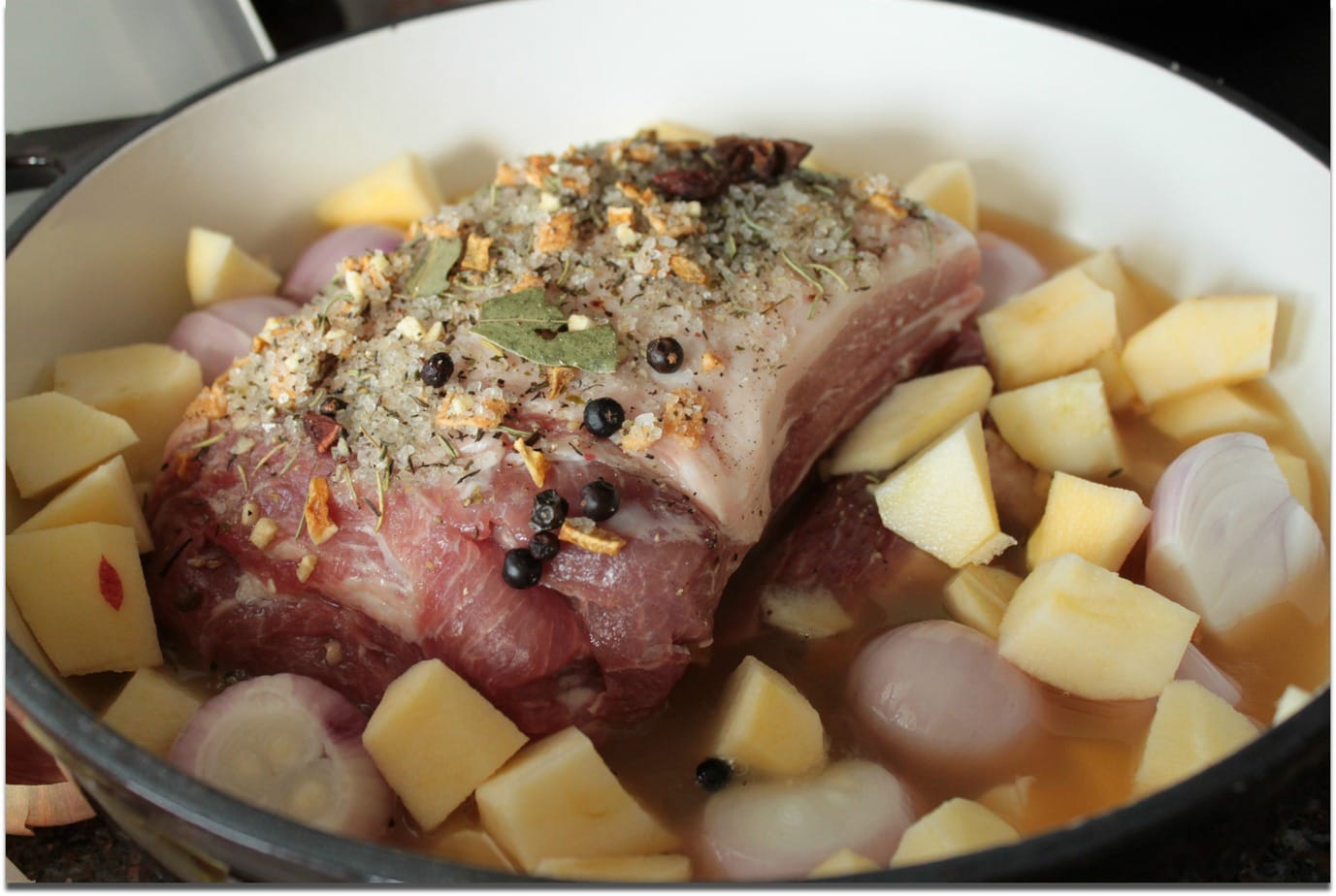 This all went into a 300F oven for just over four hours. There was quite a lot of liquid left over which I reduced in a pan to make a nice sauce.  It was probably the most moist and flavourful pork roast I’ve ever had and definitely worth being put on the make again list. 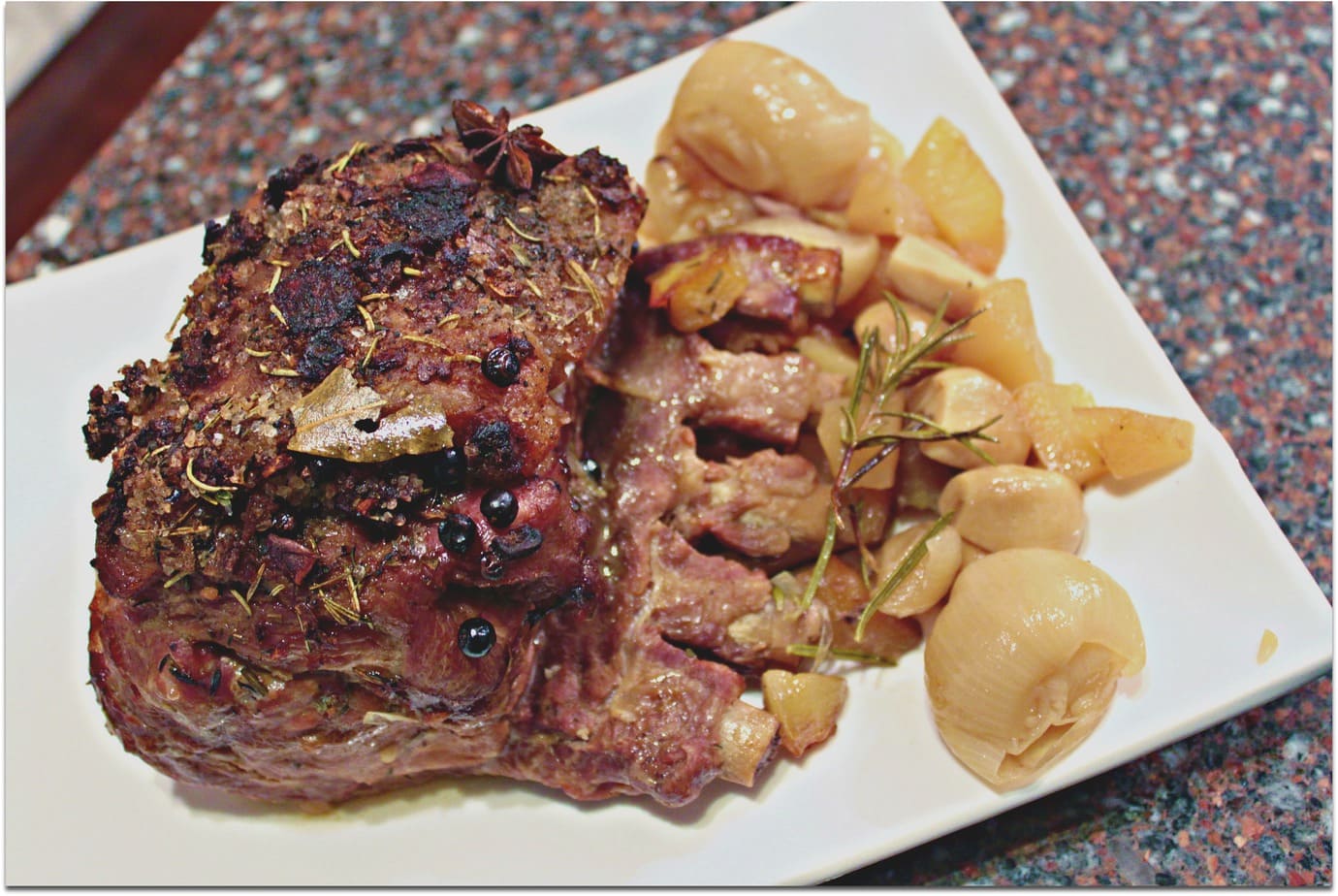