Nigella Lawson is a lucky woman. I’m not sure how she gets away with making such delicious food and looking so amazing at the same time. Until recently, I’ve been avoiding her cook books on purpose because from what I know, she loves her cream, butter, and chocolate… a lot!  ‘Nigellissima‘ is the newest Nigella tome to hit the stands and when I saw it sitting there amongst the cook books at Costco I knew I just had to pick it up. It was, after all, a great deal! Now for sure, I have stacks and stacks of magazines and cookbooks just sitting there waiting for me to go through but for some reason I decided to go through Nigellissima right away. I’ve already posted a refined Banana Bread recipe based on one in the book but there was another recipe that also caught  my eye.

Hubby’s birthday is today and so yesterday I prepared the Chocolate Hazelnut Cheesecake in much anticipation of the ‘big day’. I thought maybe I might not even mention the cake and have sort of a surprise ready when he got home from work but there are no secrets in my house. I’m pretty sure kid number two mentioned ‘cake’ about five times last night. She just couldn’t understand why I would make a cake and let it sit over night. And she is 14. So hubby knows all about his cake but not what it is made of (tee hee). I think the family is going to go nuts (groan) when they find out it has a whole heap of Nutella in it.

I don’t have a food processor (yet, long story) so instead of whirling the crust ingredients in a processor, I used a locking plastic bag and a rolling pin. I’ve actually done graham crumbs and nuts like this for as long as I’ve been baking. This method is cheaper and friendlier on the environment! 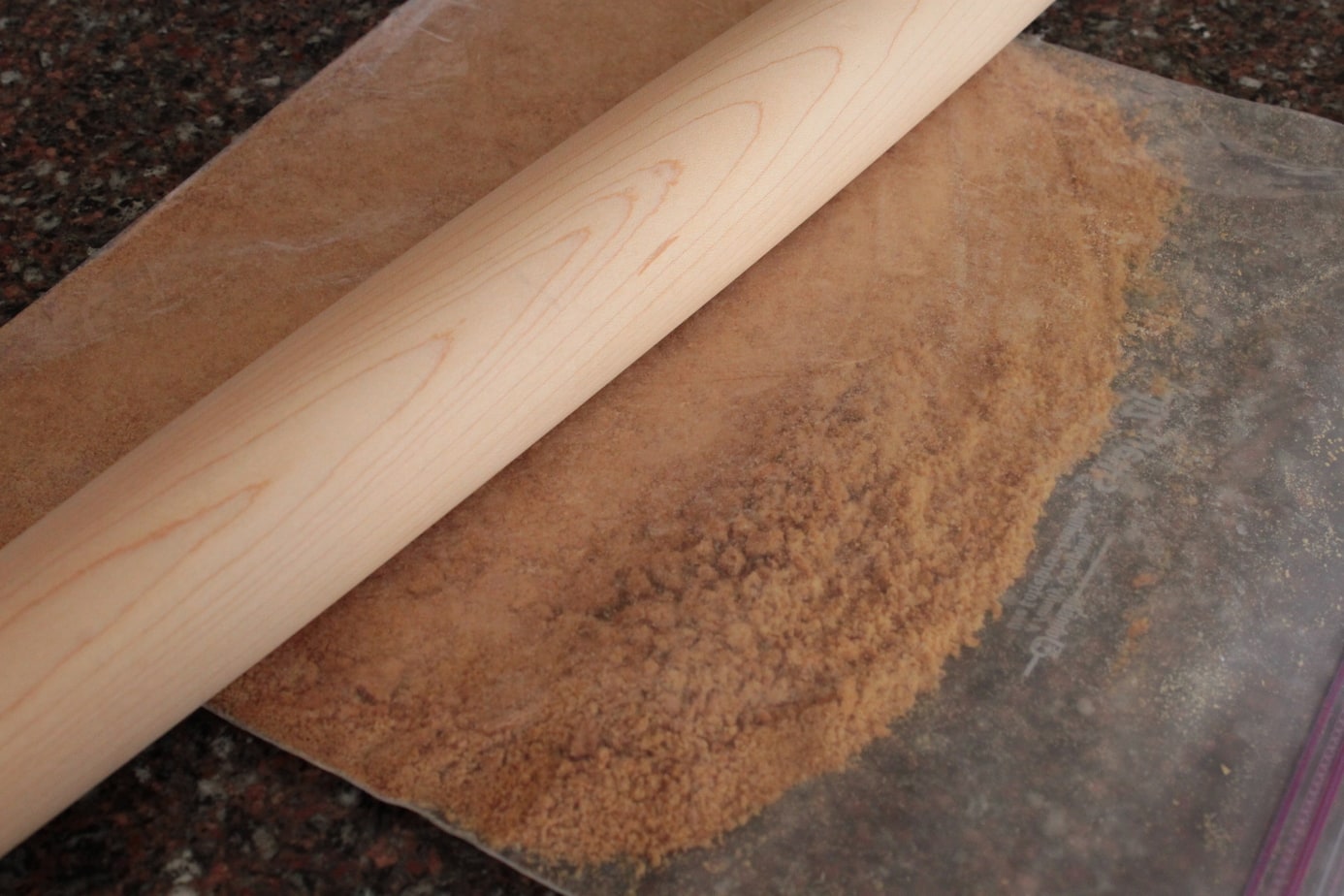 I had a heck of a time finding hazelnuts at the grocery store and so I ended up eventually at Bulk Barn. I roasted them in a 400F oven for about 10 minutes. After they’ve cooled a bit I rolled them around inside a dishcloth to get the skins off. Yes, it is time consuming and messy but I don’t know any other way to get the skins off. 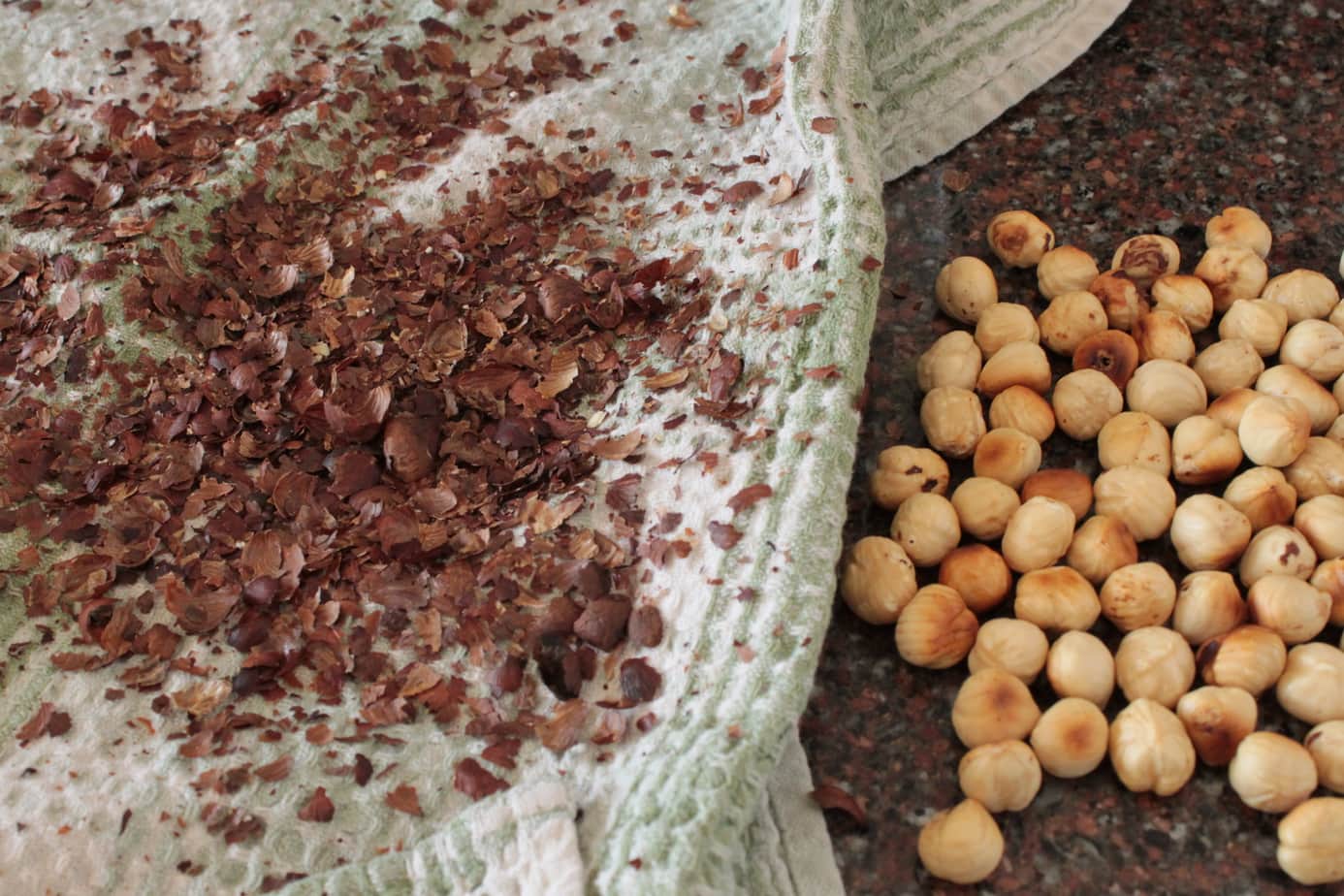 I followed Nigella’s recipe to the letter but when I pressed the crust in the springform pan I didn’t mound any towards the sides. I think next time I’ll try and do this. She doesn’t specify to create a full crust or a bottom crust but I ended up lining the sides of the pan with greased paper because I thought that I would have problems with the filling sticking to the sides of the pan. 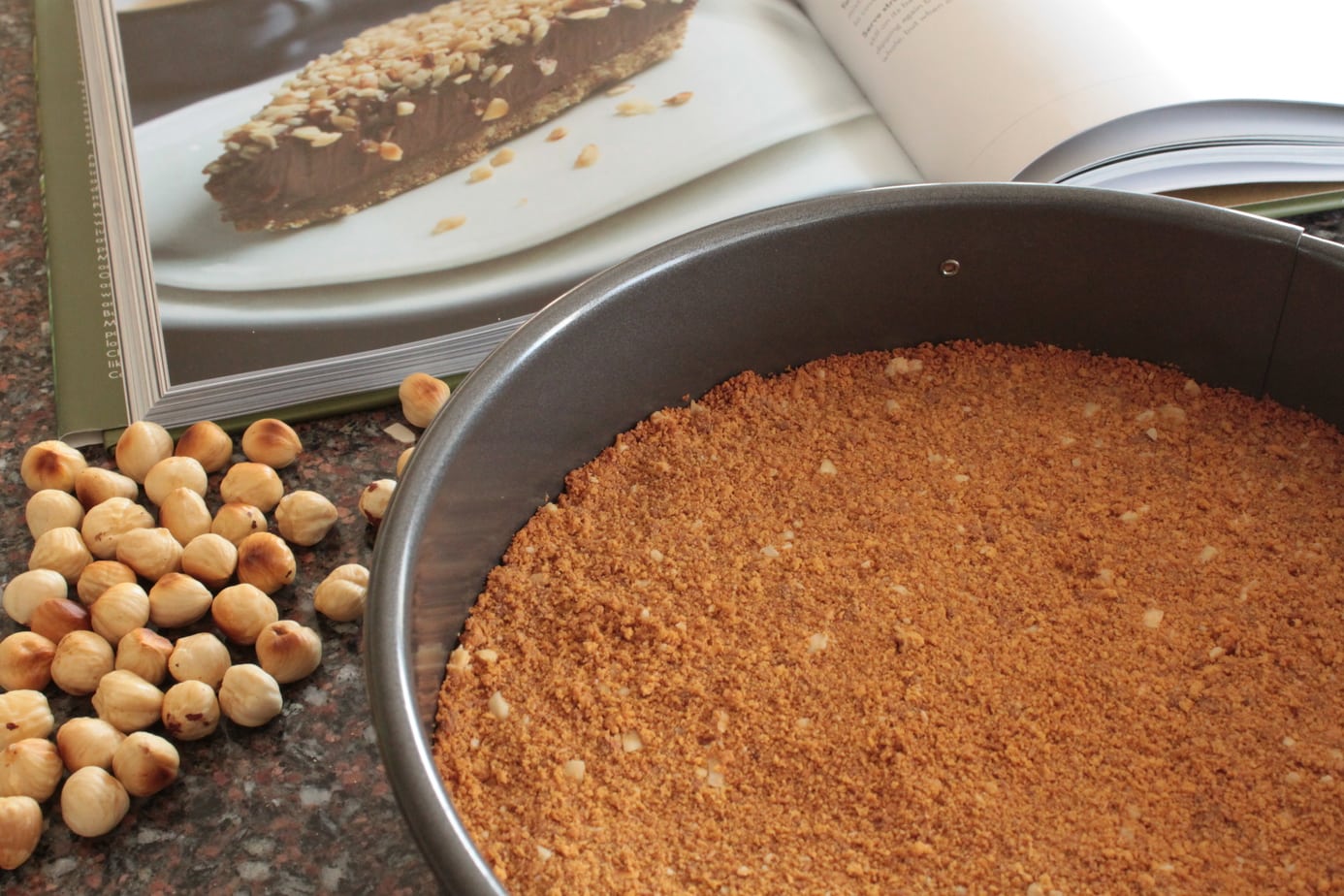 For the filling, make sure both your cream cheese and Nutella are room temperature or warmish. You want the filling really smooth with no chunks. 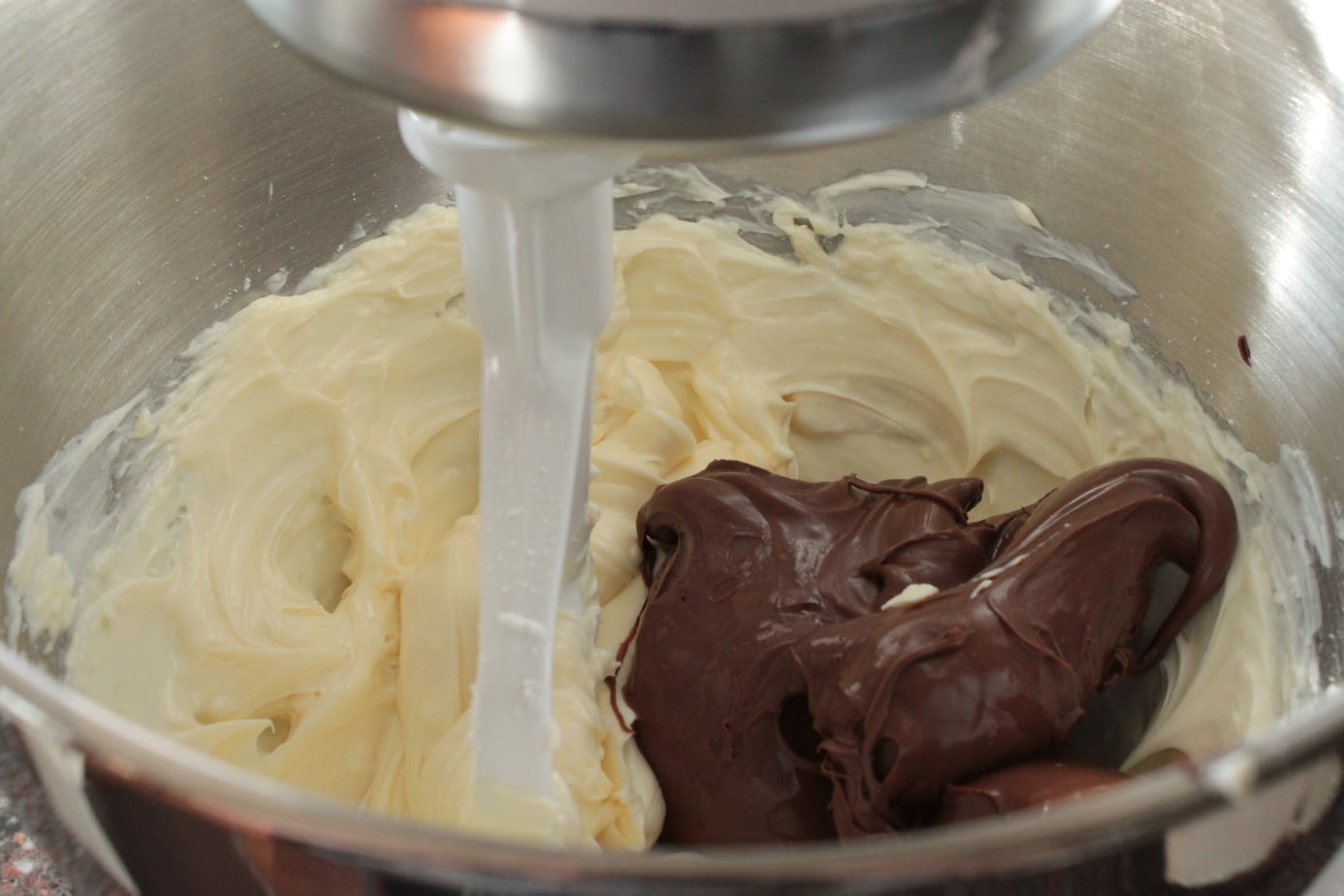 I know we’ll be eating super late tonight because it’s a karate night so I just couldn’t help but take some pictures while it was still daylight.

Can I wait until 9 pm for a slice of this? 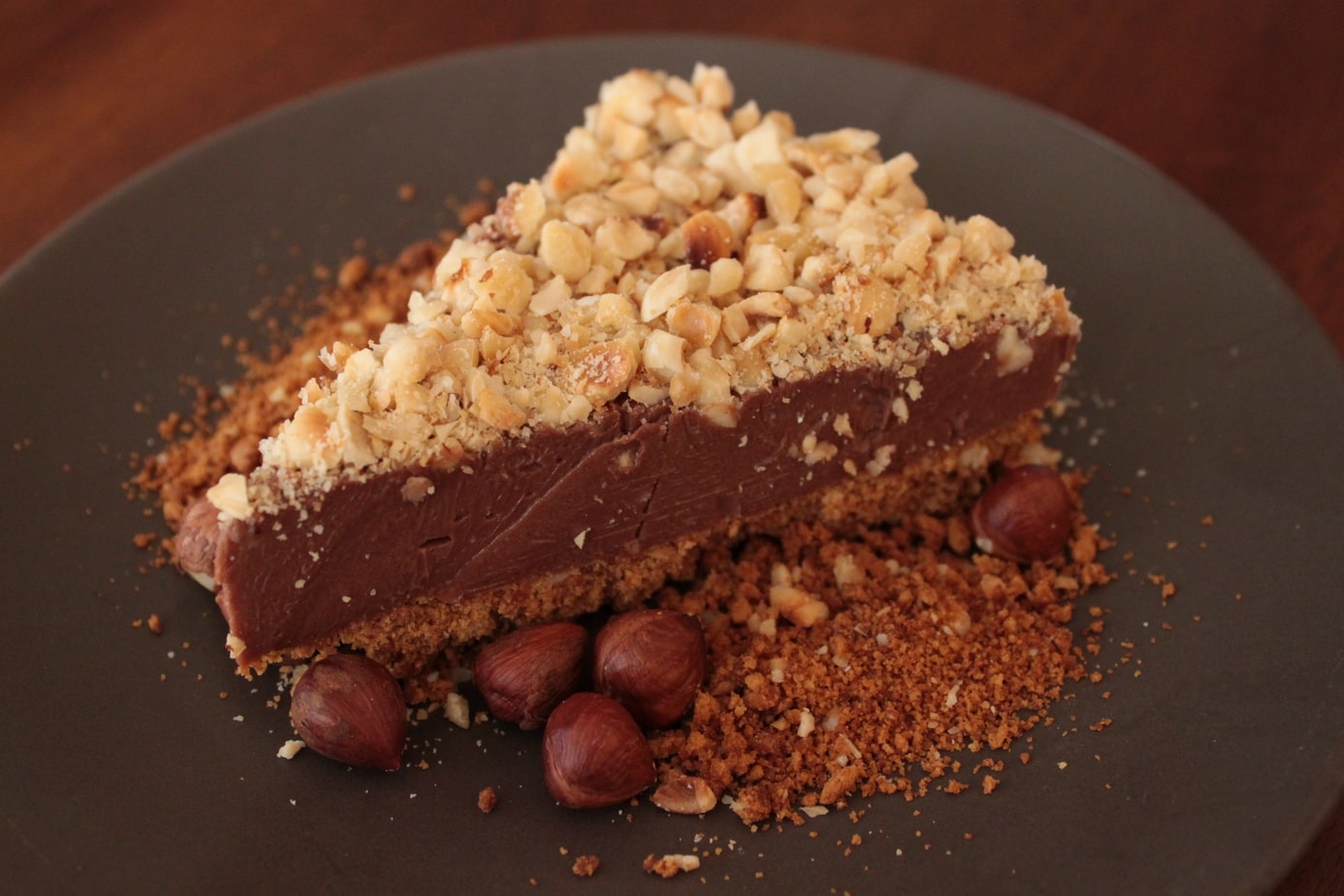 Want to make your own Nutella Cheesecake? Here’s a link to Nigella’s recipe.