Have you ever had a dish in a restaurant that you just have to try to replicate at home? This summer I tried an amazing Corn Chowder at the Crossmount Cider Company just outside of Saskatoon. It was so creamy and sweet, accented with smoky Farmer’s Sausage and hearty potatoes. I knew at once that this was a recipe that I just had to share with you! 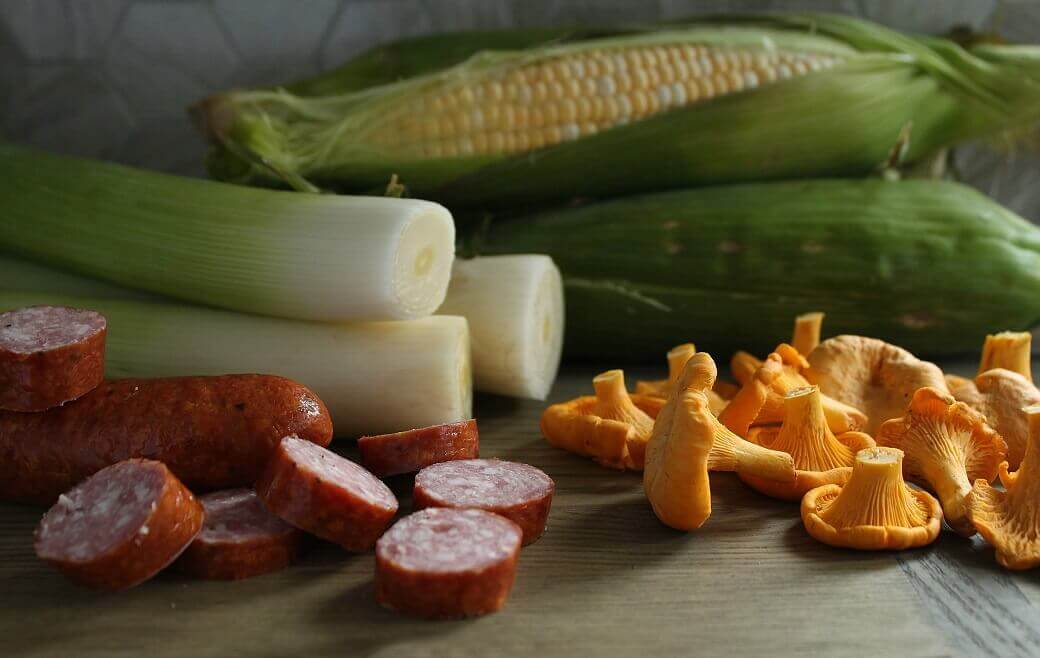 There are benefits to Summer’s end, especially if you’re the kind of person that loves cozy blankets and mugs of steaming chai. However, if you are like me, you’re also looking forward to harvesting the garden.

My mom always tried to grow corn in her garden but it rarely matured before the weather turned cool. Our end of summer corn feed always came courtesy of my grandmother. Her harvest was always plentiful and we celebrated the end of summer with a giant corn feast! 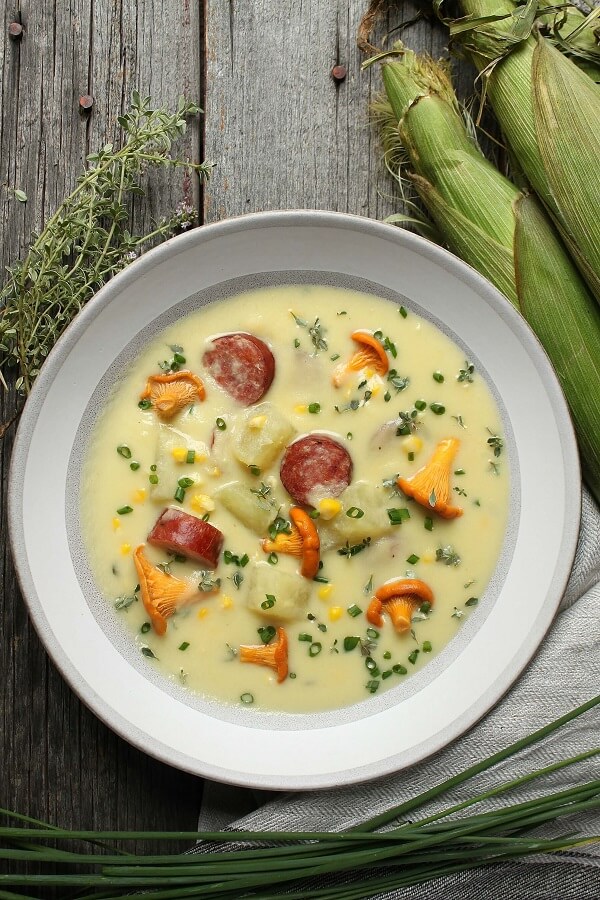 What is the Difference Between Chowder and Soup?

While both soups and chowders can be thick and chunky, only chowder has a creamy base that contains a thickener. There are several ways to thicken a chowder and all involve a starch of some sort. Some common chowder thickeners include flour, cornstarch, potatoes, yogurt, ground nuts and…corn!

For this recipe, I used both flour and corn to add textural body. Adding flour can be a bit risky because if you do it wrong, you can end up with gummy lumps. However, if you are careful, flour can really add great texture to the chowder. For this chowder, I added the flour right after I sautéed the vegetables and before I added the stock. 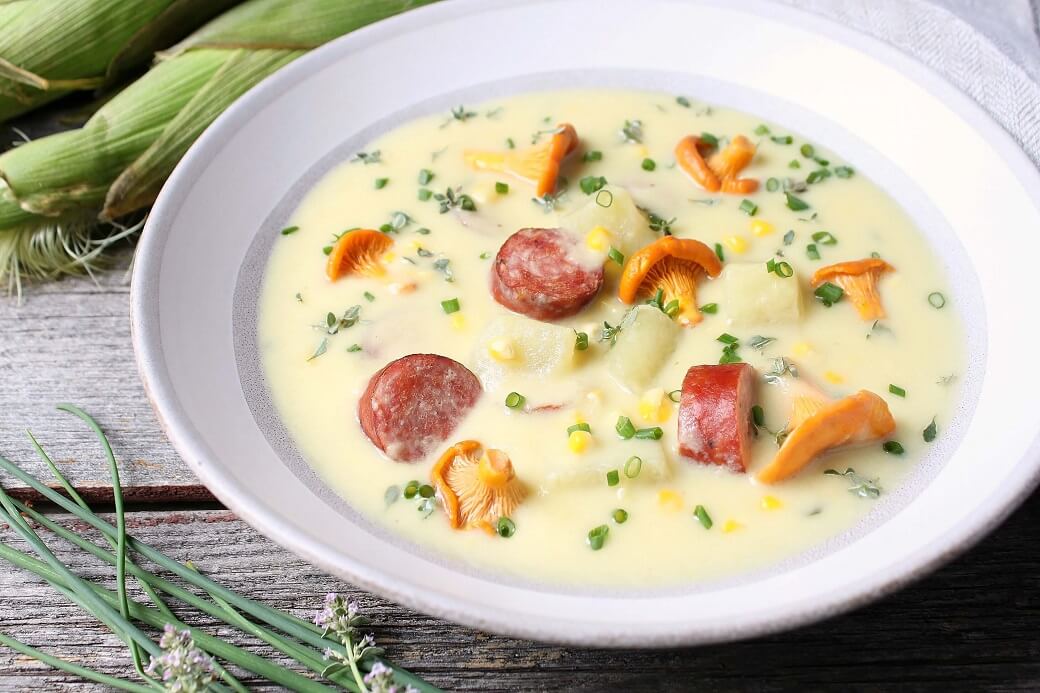 Other Ingredients in Sweet Corn Chowder

Since the base of the corn chowder is sweet, I love to include contrasting flavours like bacon or Farmer’s Sausage. Of course, if you prefer to make your chowder vegetarian, go ahead and smoke the mushrooms for that same flavour contrast.

Speaking of mushrooms, I know chanterelles are ‘fancy’ but for me, they give the chowder the ‘taste of home’. They weren’t in the original chowder I ate at the cidery. However, I found these Saskatchewan golden chanterelles at the market and just couldn’t resist upgrading the recipe.

Fresh herbs really finish the chowder and allow it to shine. During the summer, I make many trips out to my tiny herb garden when I’m cooking. Corn and thyme are such a great combination, I just added the herb fresh to the final dish. As for chives…I put them on everything! 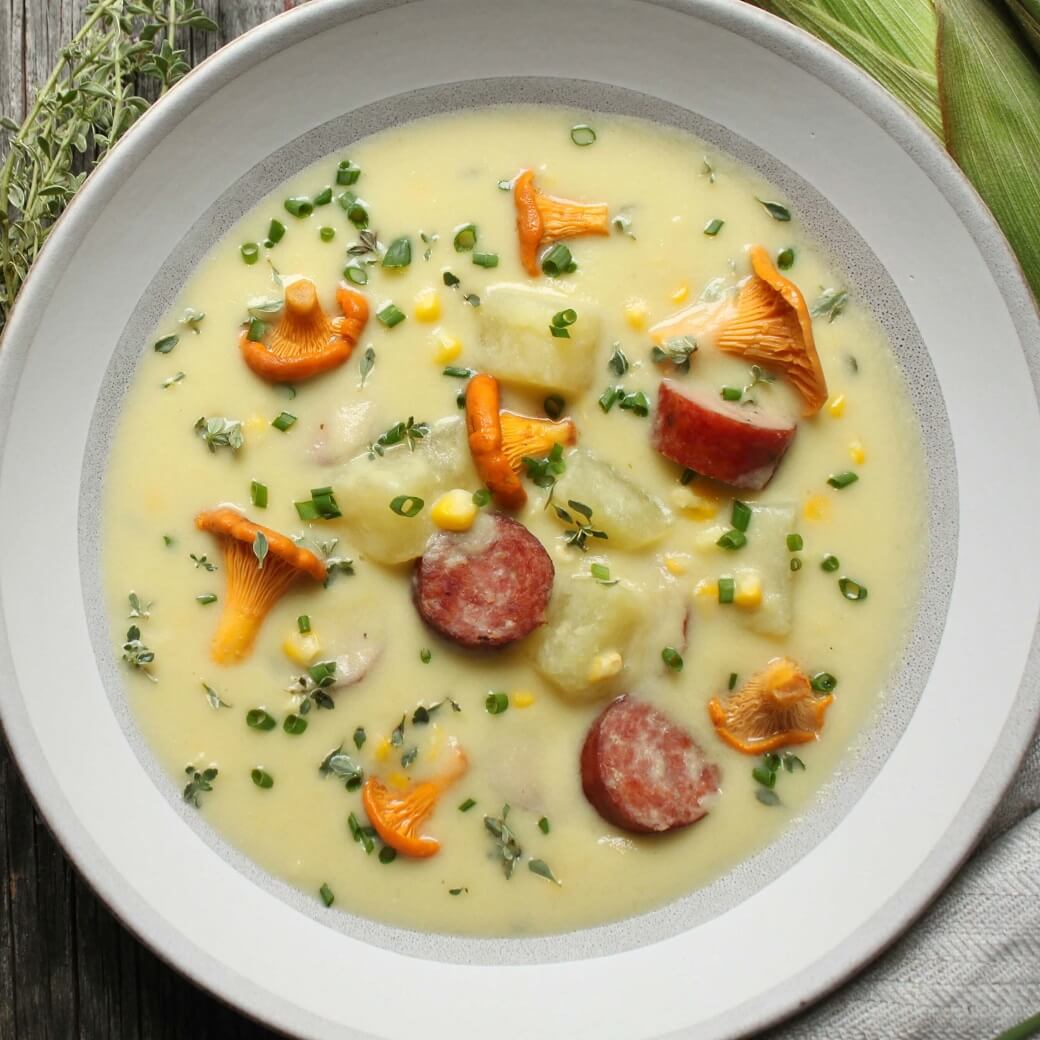 Originally I made this chowder for dinner and posted it on my Instagram September 1. I got many comments, however the one that really stuck out was how this chowder is the perfect soup (yes, chowders can be soups but soups cannot always be chowders!) for September 1. It’s the mixture of late summer ingredients and the hearty comfort which takes the soup well into fall. 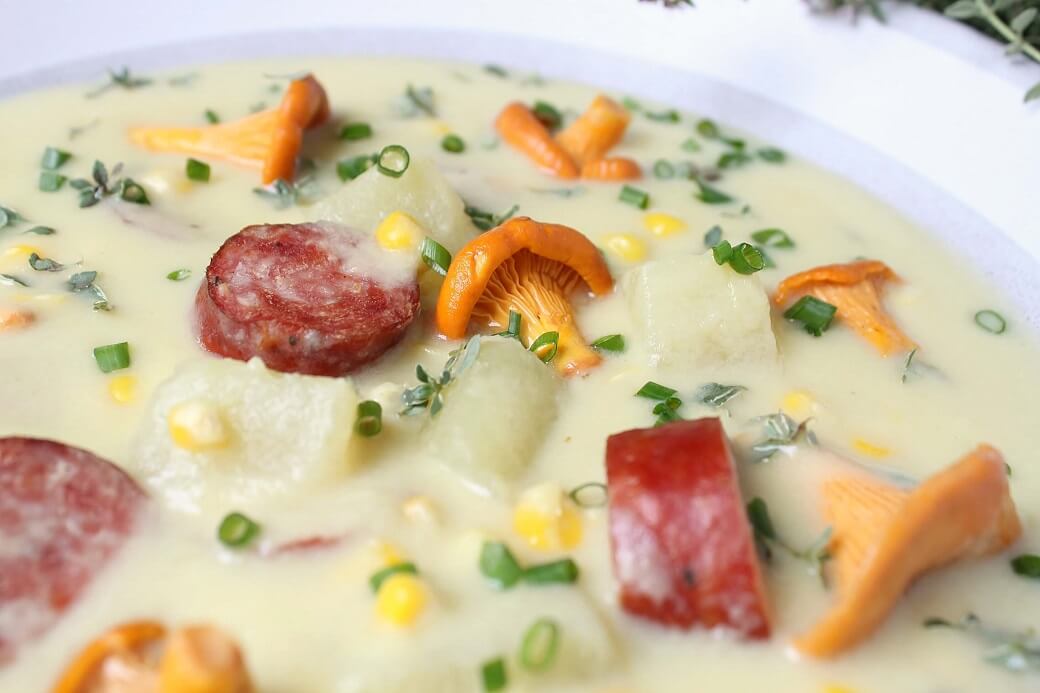 How to Preserve Fresh Corn

After the you eat all the delicious corn on the cob you can, here’s how to preserve the rest of your corn harvest. Shuck the cobs are and use a knife to slice the kernels off the cob over a large pan. Then, ‘milk’ the cob by applying pressure and sliding the back of the knife down the length of the cob.

Next, season with salt and pepper then heat the corn on the stove until it changes to a deeper yellow colour. Remove the corn from the heat and let cool until it reaches room temperature. Freeze the corn in an airtight container so you can make this soup all winter long. 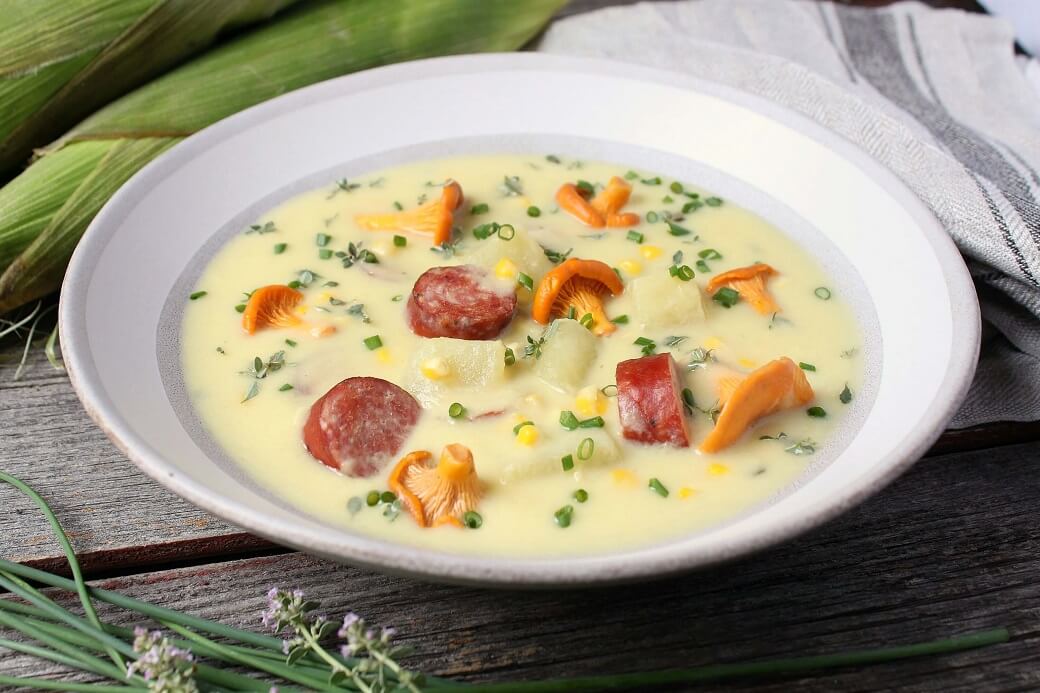