Though we spent a good portion of our time in Paris visiting all the ‘must sees’, we also spent a great deal of time just walking around and soaking in the city.  We had a very centrally located hotel because I wanted to be able to walk more than use the metro. Our kids for some reason don’t trust us to know where we are going and often panic sets in.  Then I have to buy them food….

We spent a total of 6-7 hours walking per day and that is a GOOD thing given how much rich food we ate. Still, even after we had full tummies there were times that we would walk by a chocolate shop, cheese shop, or green grocer (let’s not mention the boulangeries!) and wish that we still had room for more. This is where my camera came in because we did the touristy thing to do and just took photos. 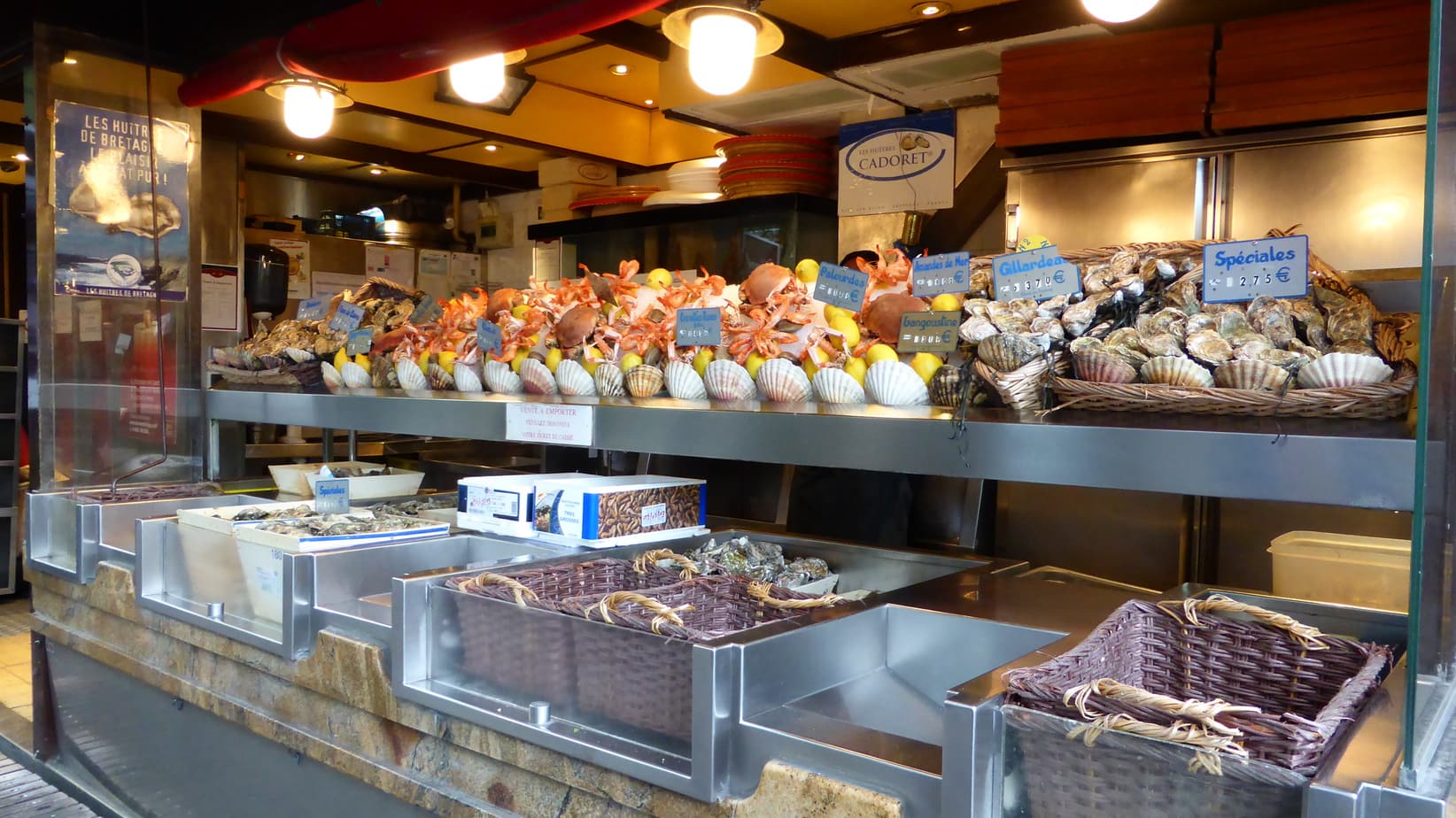 This was a restaurant we happened to be walking by on our first night in Paris. I found the seafood to be very enticing but that was the night the kids decided we were going to have crêpes for dinner. In the end it was the right decision because our stomachs were still on Calgary time and a big meal would probably have affected our ability to sleep. Who am I kidding? Sleep came pretty easily that night! 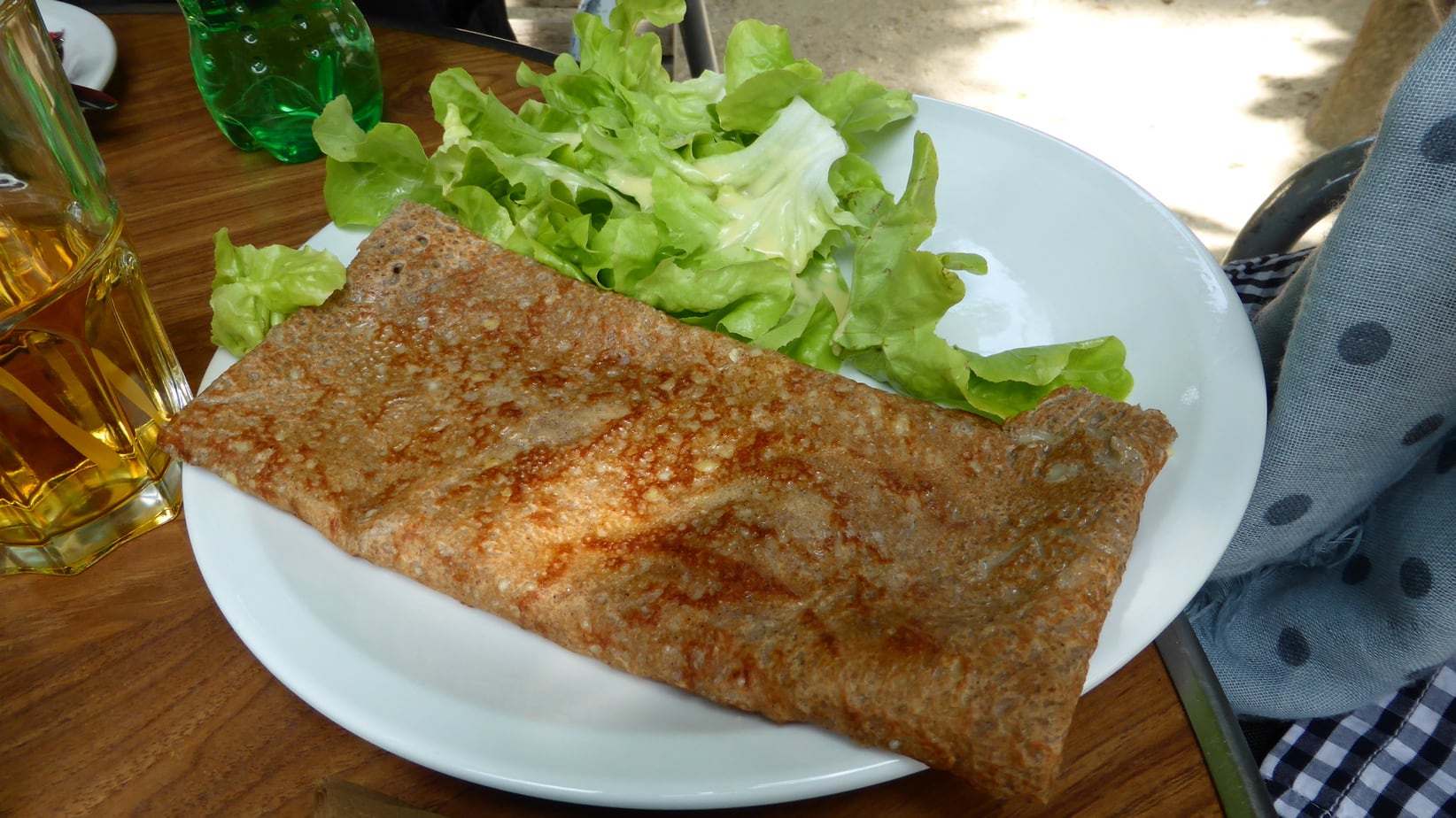 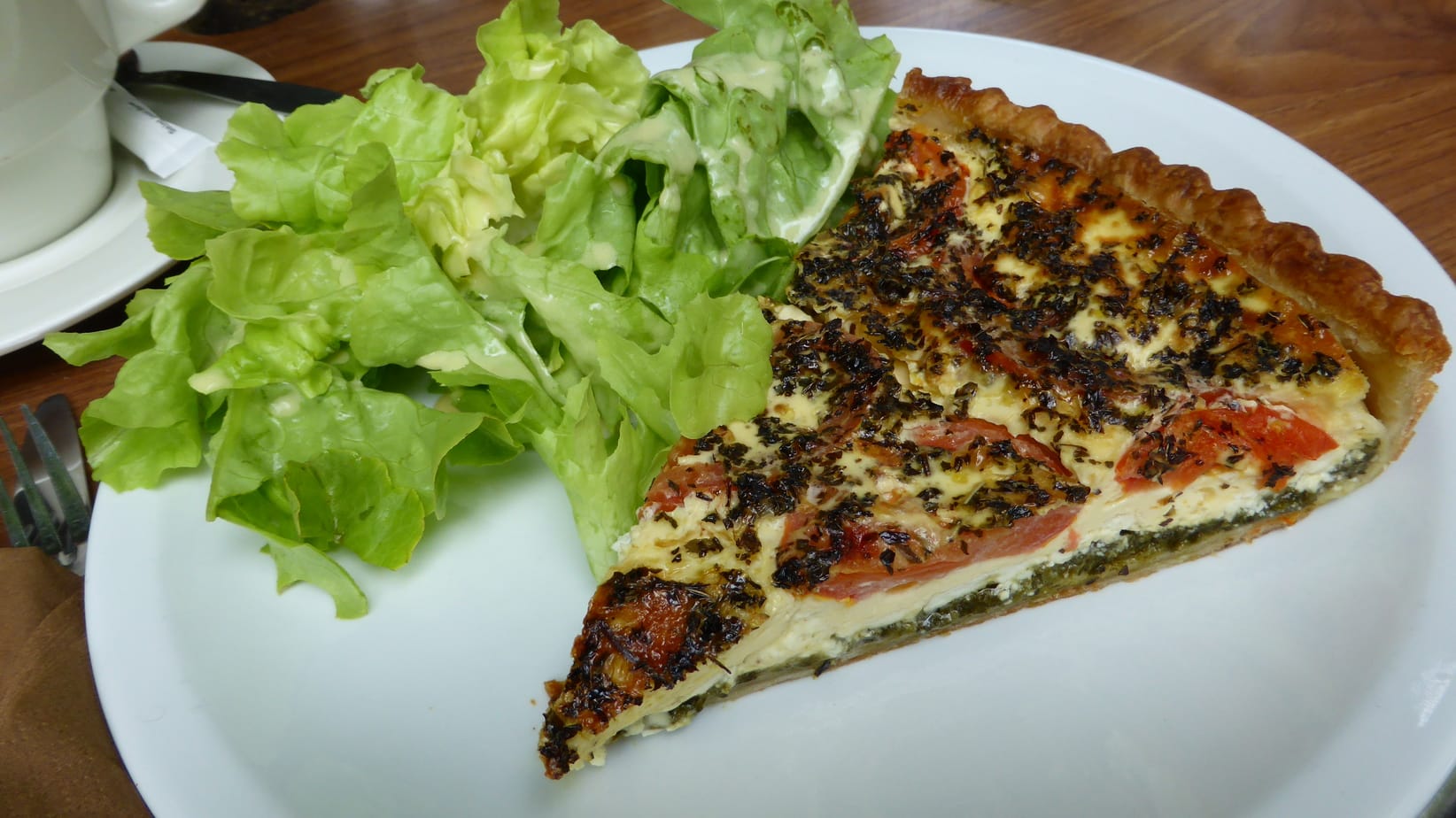 The second day of our trip we did the Louvre and Tuileries Gardens  and up to the Place de la Concorde.  By two, our breakfast of croissants and baguettes had completely worn off and we were desperate enough to eat at one of the cafés lining the gardens.  I was a bit worried about having encountered our first ‘Tourist Trap’ and more than mortified when kid number one ordered a hotdog!!  But even a hotdog in France is a special treat. It came inside a baguette and covered with cheese.  Kid number two who had previously sworn she would never eat crêpes due to an incident aboard Quantas airlines which involved ricotta and (GASP!) raisins has finally realized how glorious crêpes can be. She ordered ham and cheese and was very impressed. Both hubby and I ordered a veggie quiche. The crust was nice and flaky and the egg just set. I loved the veggies inside but the herbs definitely made the quiche. We got our first taste of the ubiquitous green splotch of salad with a dijon vinaigrette. Over the course of our trip, this side appeared over and over again. Some vinaigrette’s were definitely better than others. 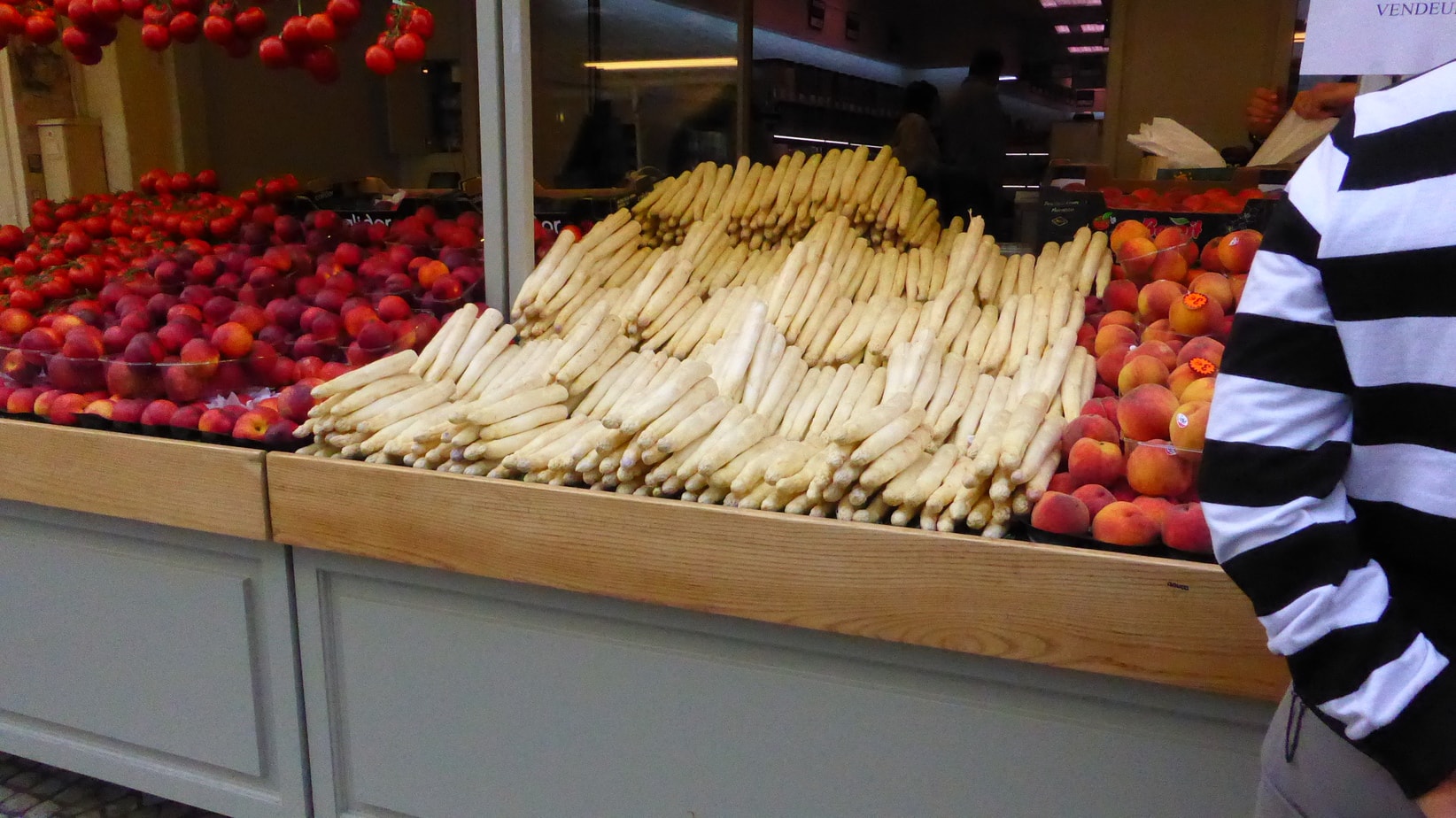 Strawberries and white asparagus were in season. Just walking by the smell of the strawberries is enough to lure you in. I only managed to have white asparagus once on our trip so I was a bit disappointed with that. Though we have an green asparagus farm very close to Calgary, white asparagus is really hard to come by and it is often shipped from South America. 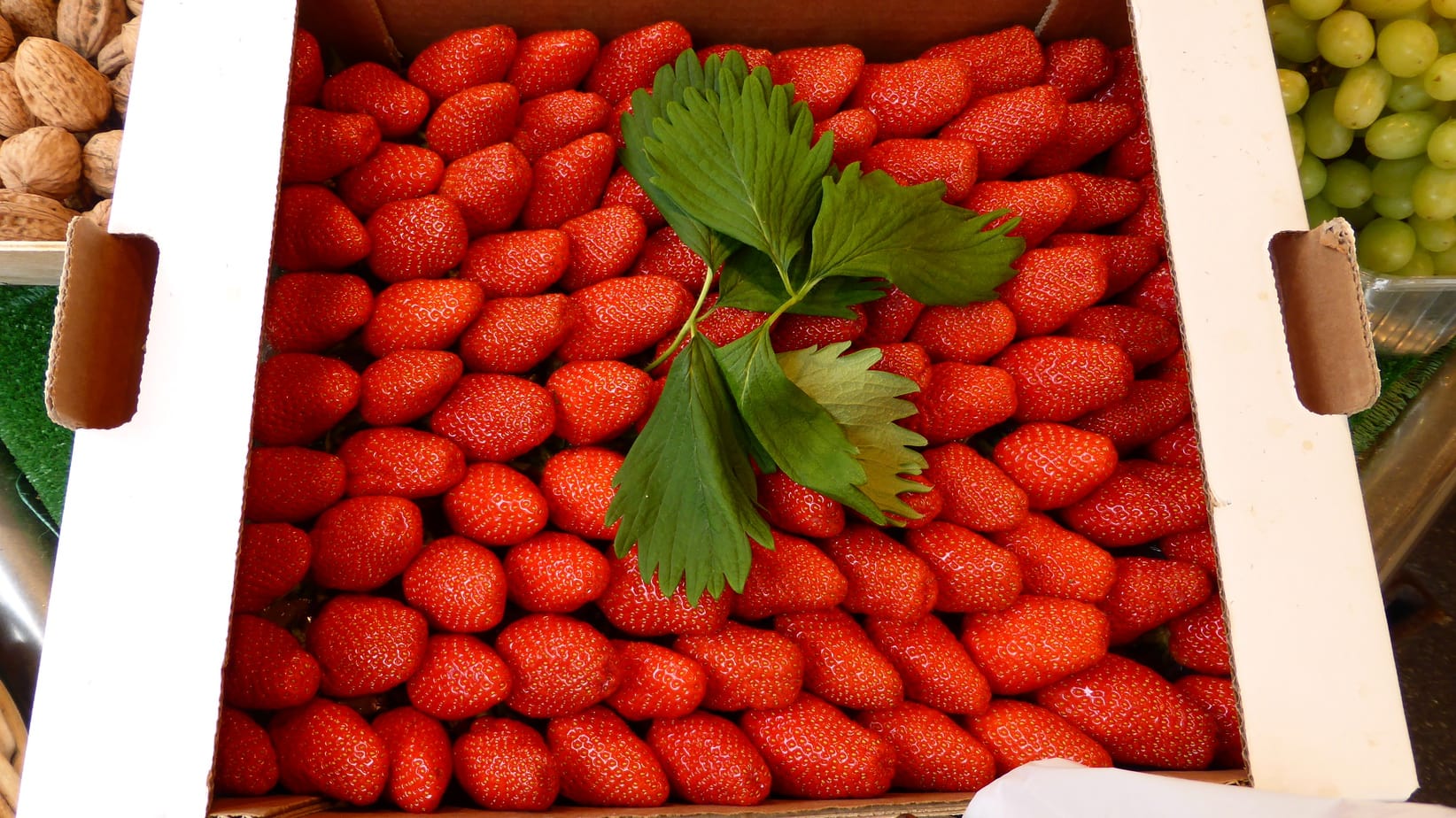 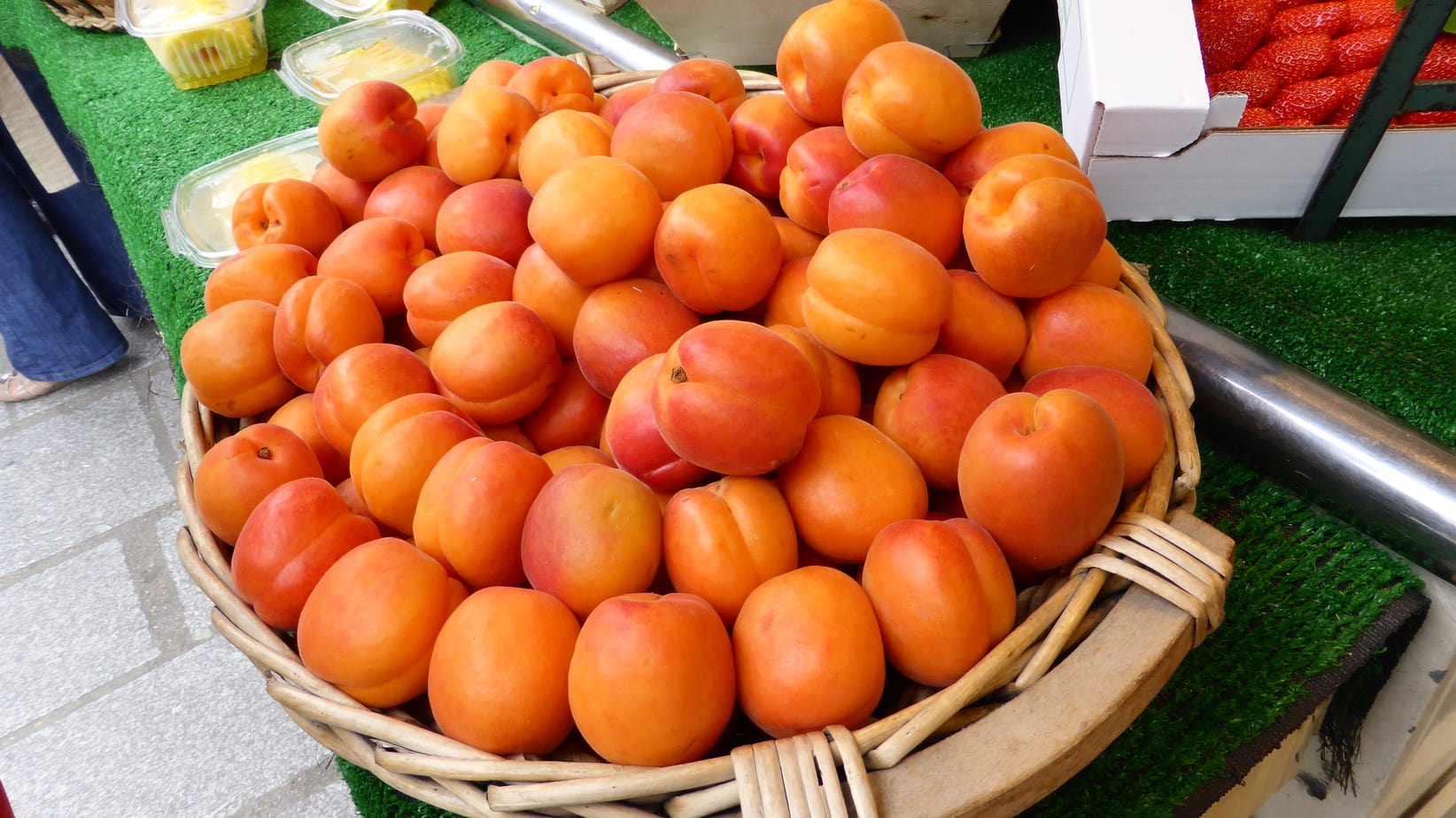 I don’t know how long it would take someone to pack this crate of strawberries just so and these apricots were too beautiful to pass up.

Then there is cheese. I almost peed myself with excitement when I saw all that cheese in the shops. We only ever bought a small hunk of Brie de Meaux on our way to a picnic in the Place des Vosges. I’ve bought this extremely creamy and fresh tasting Brie before in Canada. The chunk that we bought  would have cost roughly $12.oo CDN but in France it was just over 2 Euros. Why didn’t we buy more cheese!!! There were many times I wished we had chosen to stay in a place with it’s own kitchen so I could cook with all these lovely ingredients. Maybe next time… 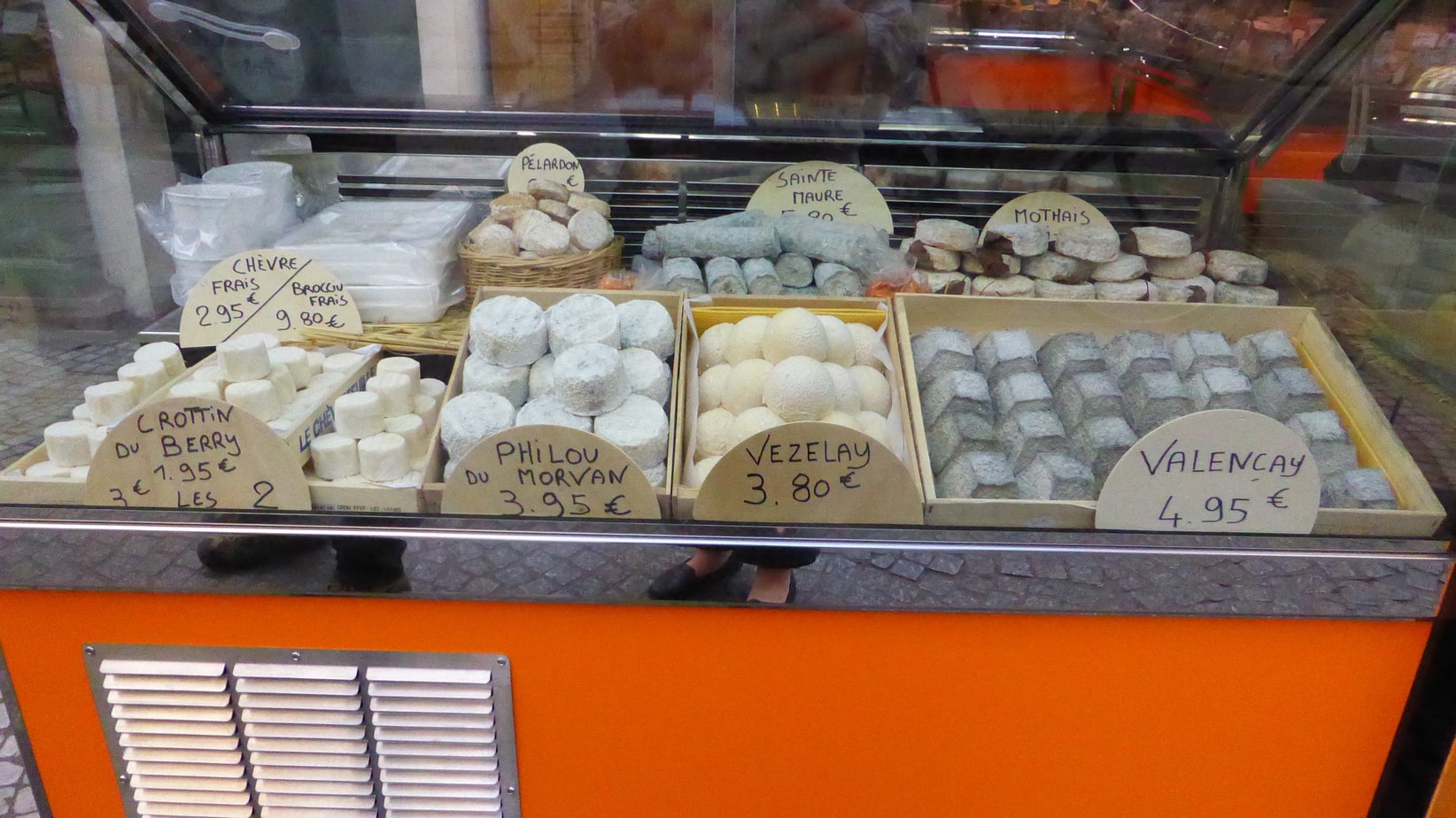 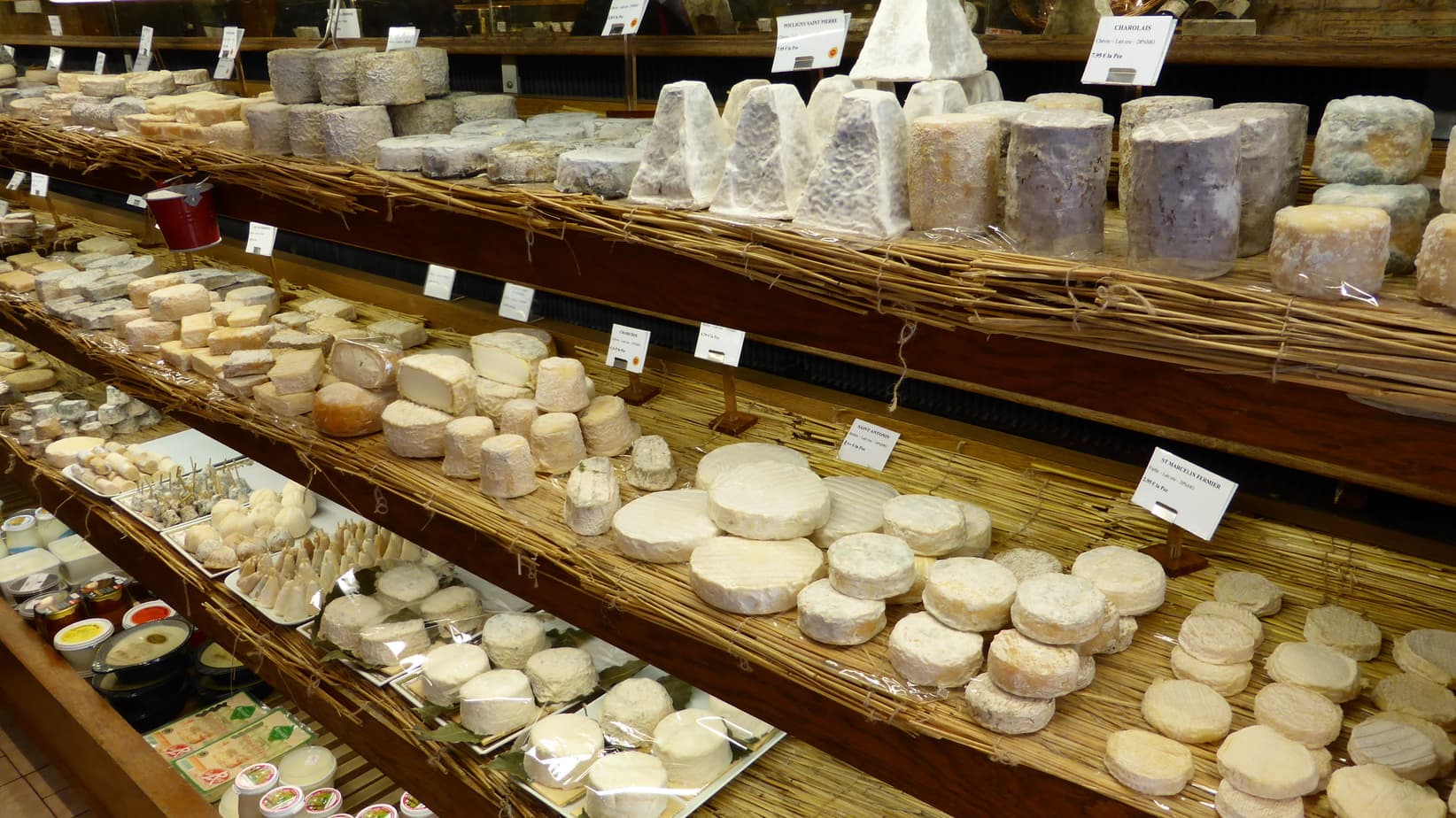 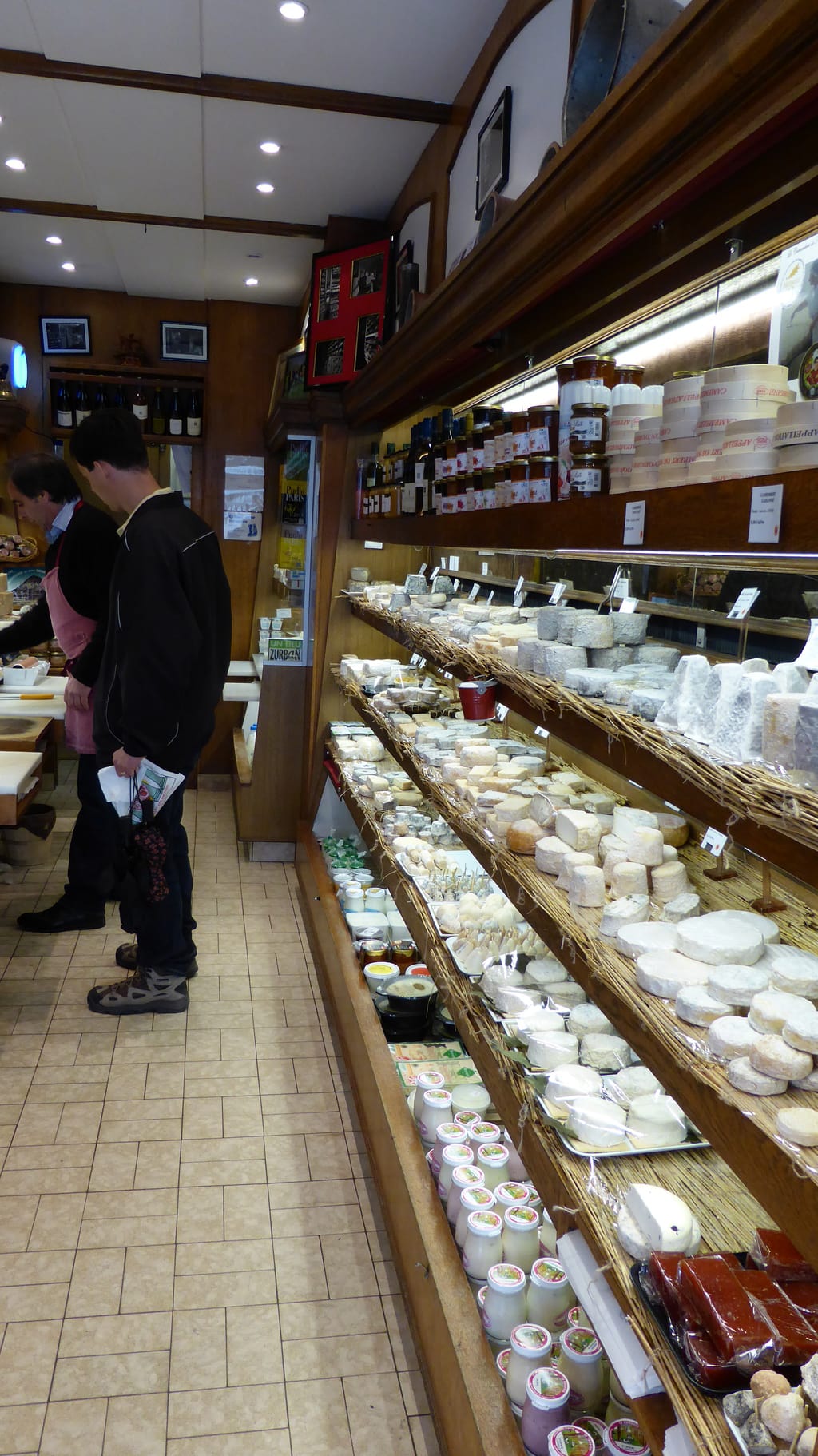 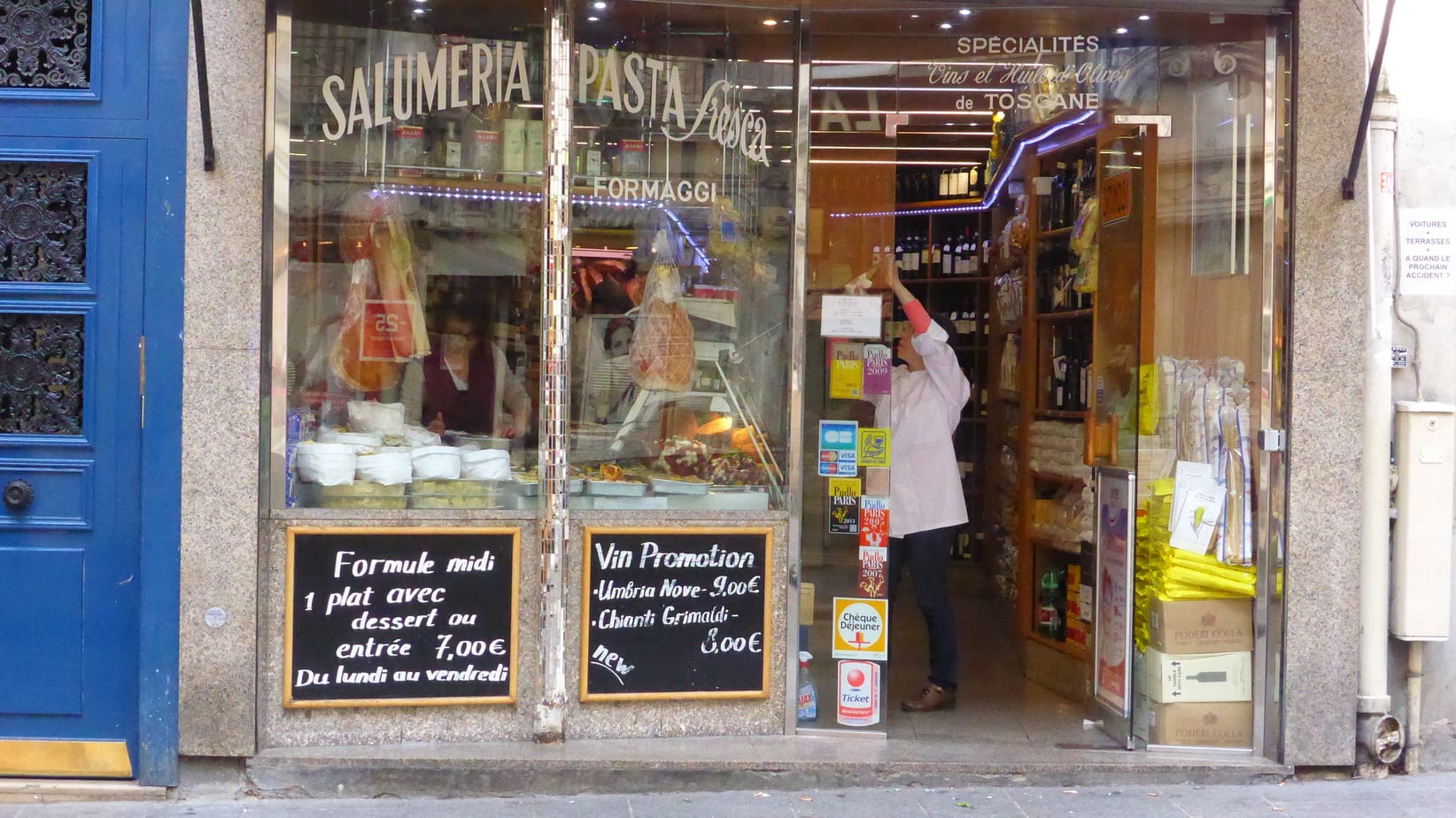 And a shop I really wish we had gone into but passed by; The Salumeria.

Sip the South with Prairie Sprinter

A Visit to Bite Groceteria