The kids have been asking me to make Red Velvet flavour anything for a while now. When I got the invite to bake for the Calgary Food Bloggers Bake Sale I decided to add a little ‘wow factor’ to my portion of the bake sale. I’m not that big into cupcakes but I was willing to give these a go for charity. I think they turned out quite nicely PLUS I found some really cool cupcake boxes at Winners so I was excited to place them on the table.

I found this recipe online from whiskitforabiscuit (who basically used Martha Stewart’s recipe). She’s made many kinds of cupcakes so I figured she knew what she was doing. The recipe states that it makes 22 cupcakes which is a bit odd but is exactly how many I produced. Maybe I could have squeezed one more out to make 23 but as it happens my boxes held exactly four cupcakes leaving exactly 2 cupcakes as extras and two very happy kids!

First of all let me say I was unprepared for the batter carnage. Everything the batter touched became stained pink so I had to be extremely careful. I have a white porcelain kitchen sink which gets stained very easily so I had to do the all the dishes in my stainless steel laundry sink. The porcelain sink is definitely on the ‘to be replaced’ list. Who puts a white sink in a kitchen?

Making the batter calls for alternating dry and wet (buttermilk) ingredients then adding baking soda mixed in vinegar right at the end. 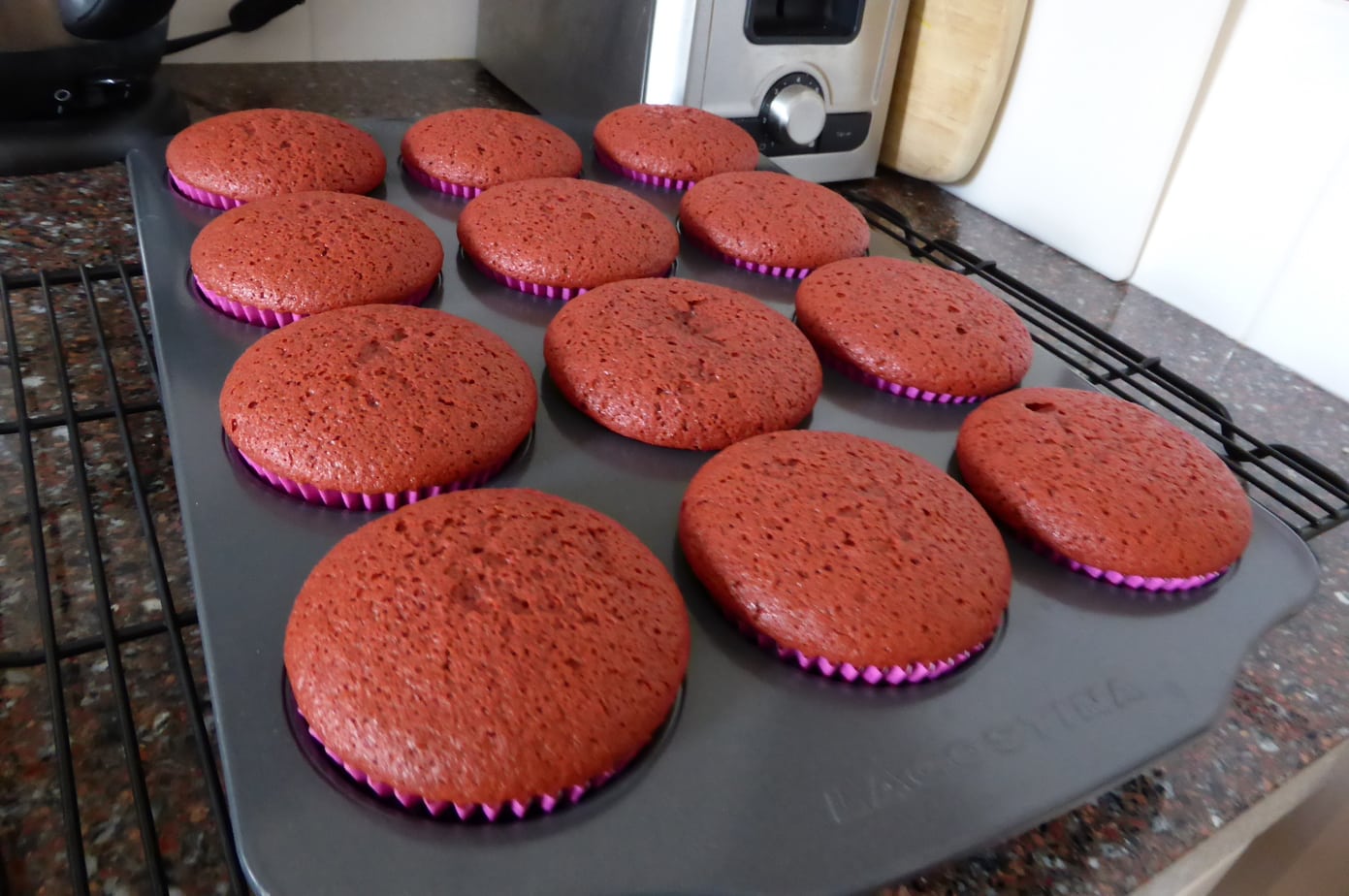 The finished product ready for the bake sale.

FOR THE CREAM CHEESE FROSTING

If you don't have buttermilk, add two teaspoons of vinegar to a cup of milk and let it sit for a bit.

Around the World in Twelve Plates – Egyptian Basbousa