After a very dry first half of winter an entire foot of snow fell all day yesterday and over night. I am somewhat relieved that we will have a ‘white Christmas’ after all. However, there will always be a part of me that becomes annoyed at each inconvenient snowfall. Actually it wouldn’t be too bad if no one had to go anywhere, but with 4 days left until Christmas you can bet this snow is wreaking havoc on the daily commuters and last minute shoppers.

Safe and Snug is Best

I’m writing from home (and intermittently baking cookies) and so thankful I really don’t have to leave the house. I’ll be cozy with my cuppa and some shortbread all day long as I go about final Christmas prep. 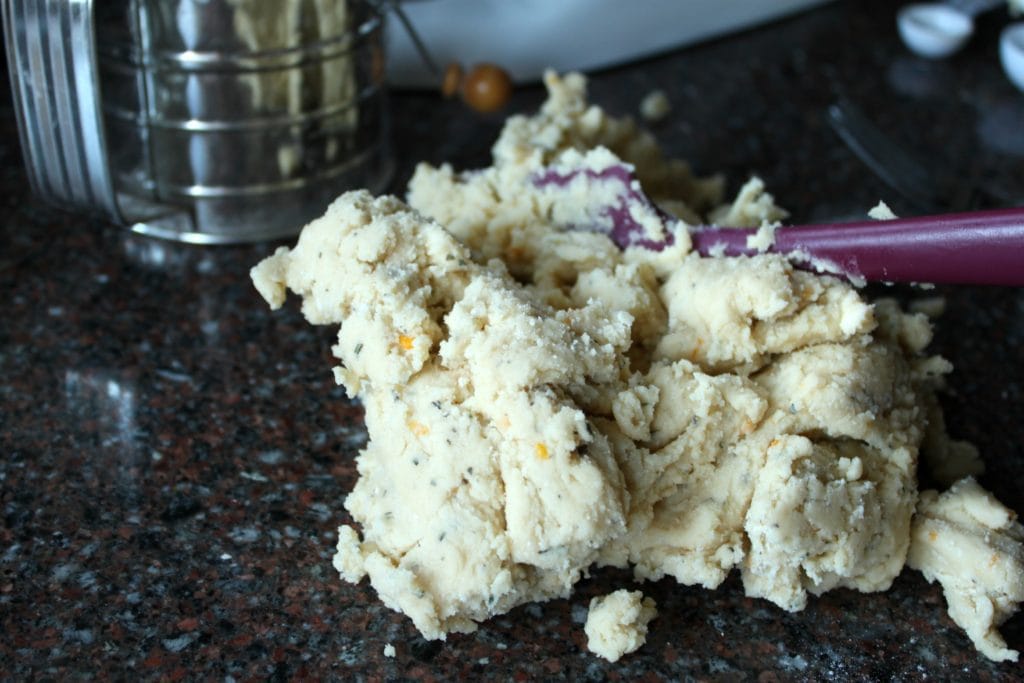 Yesterday was a different story. The weather system that rolled in last night came in from the west, which means British Columbia and more specifically, Vancouver.  It was just our luck that I had scheduled Julia’s flight home for the 1 pm flight. If you know anything about Vancouver it’s that the city becomes gridlock anytime a snowflake falls. She called me an hour before her flight saying that she didn’t think she’d make it to the airport. There were no taxis and the buses were getting stuck. She finally managed to catch a bus at the university, which was so filled to capacity that it had to pass by those waiting at the bus stops. Eventually she made it on the train to the airport to find her flight cancelled.

Eventually Those Babies Have to Grow Up

Now, I could have spent hours on hold fixing this for her but she IS 19 now. She needs to solve her own problems. I told her to call Westjet and re-book her flight (yes she would have gotten there way past boarding of her 1 pm flight) hoping that the airport would re-open and flights would resume. With luck, there was room on the 2 pm flight but because of delays they didn’t leave until 3:15 (4:15 Alberta time) which meant she would land at the height of rush hour on the largest snow fall of the year. It took 3 hours to get her from the airport but you know, I can’t complain about driving 10 km/hr because we passed two fatal accidents and things sure could have been a lot worse. We’re all home safe now.

Shortbread with a Bit of Zesty Citrus and Herb-y Rosemary

So, today calls for calm and cool. For relaxing and visiting and for cookies! These stunning Lemon Rosemary Shortbread are not really what comes to mind when you think of Christmas cookies but I love anything with a bit of freshness to it this time of year. Zesty citrus and herb-y rosemary remind me of sunnier days and provide a sharp contrast to all the rich, chocolate-y or minty residents of our Christmas cookie tray. 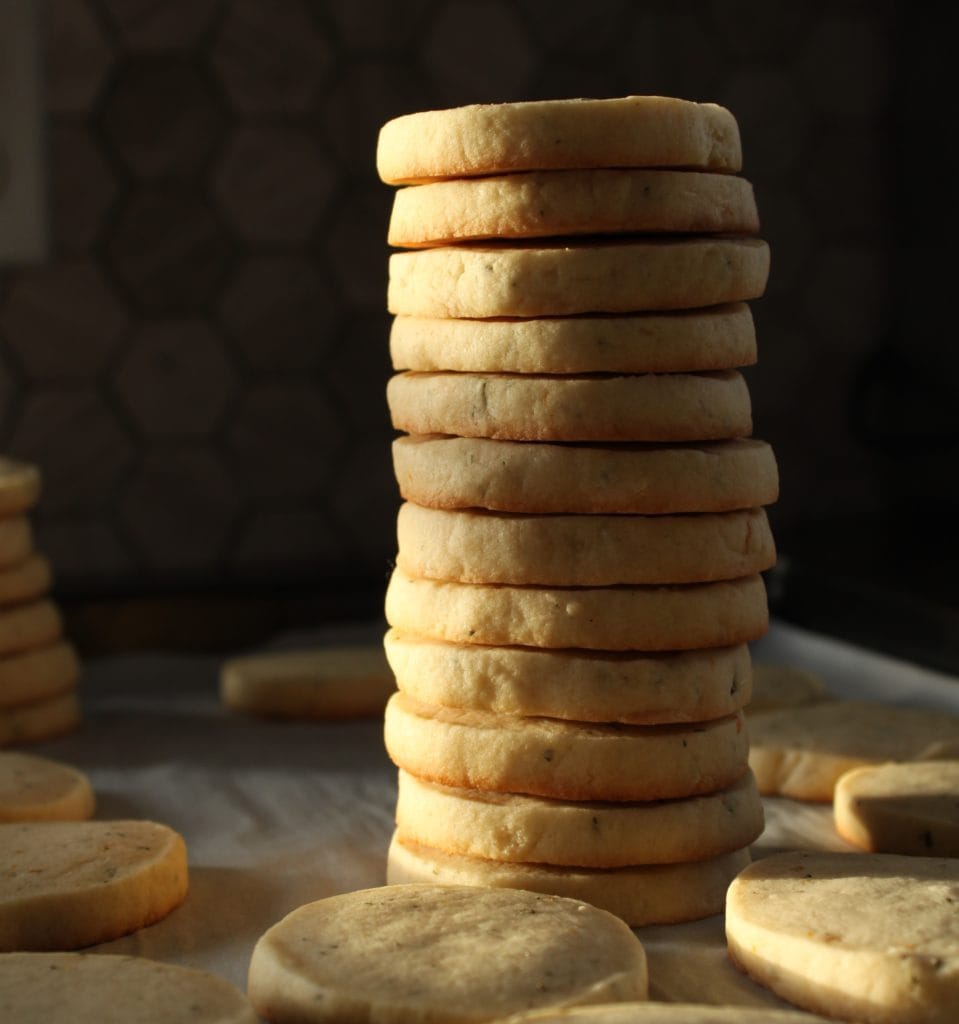 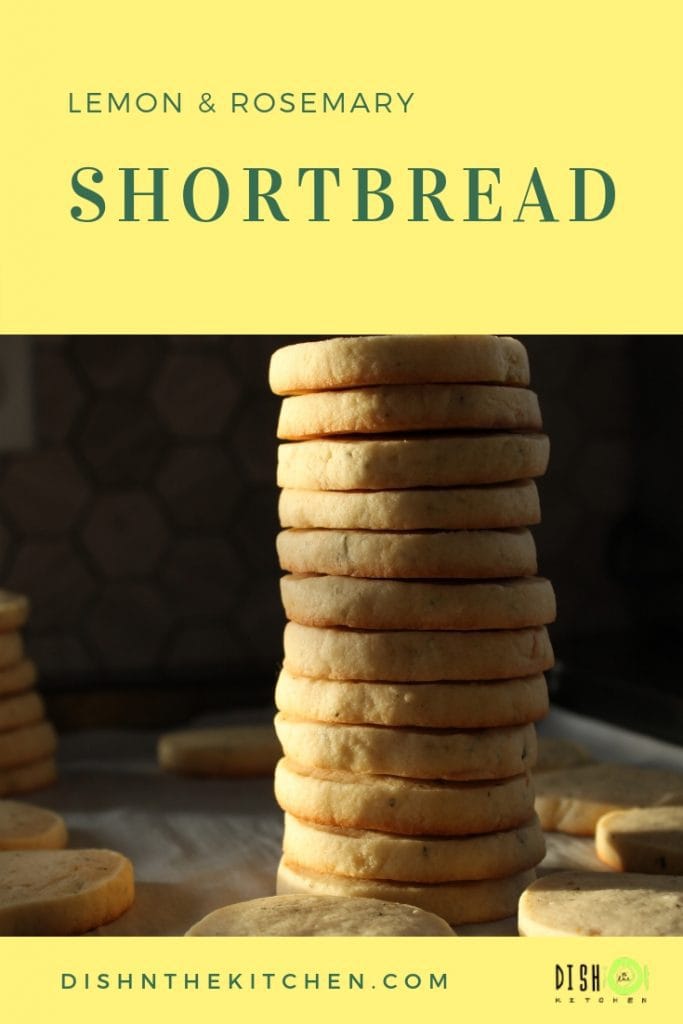 Other Lemon Delights from Dish ‘n’ the Kitchen 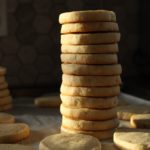 0.0 rating
Buttery shortbread with a touch of lemon and herb.

Add the flour, zest, and chopped rosemary leaves to a food processor and process until the zest is distributed throughout the flour. Add the salt, icing sugar, lemon juice and butter and pulse until a dough forms. Remove from the food processor and roll into a log of roughly 6 cm (2½ inches) in diameter and wrap in plastic wrap. Refrigerate for at least 30 minutes. Preheat oven to 190 Celsius (375 Fahrenheit) and line a cookie sheet with baking paper. Slice the dough into 24 cookies and bake for 12 minutes or until the edges begin to golden. Cool on the baking tray before transferring to a rack to cool completely.