January 25th is celebrated by Scots around the world as the day their national poet and lyricist, Robbie Burns was born. I don’t know very much about Scottish cuisine, I’m not a big fan of ‘neeps’ and I’m pretty sure all that time I would spend creating a Haggis would be wasted on my family..But I have always wanted to try my hand at making Scotch Eggs. A keen friend of mine pointed out that Scotch eggs were not necessarily created in Scotland, (their  history suggests otherwise)  but I decided they were as ‘Scottish’ as I was going to get.

After I had a look at Wikipedia, I noted there are several versions of Scotch Eggs. Some, like the  “Manchester egg” (which uses a pickled egg wrapped in a mixture of pork meat) and the “Worcester egg” (which is an egg marinated in Worcestershire sauce, then wrapped in pork meat) really appeal to me. I ate a lot of pickled eggs growing up and I make them often for my kids. Next year, with some foresight I’ll give one of these varieties a go.

I boiled eight eggs for 5 minutes, then let them sit in the water for another 5. After that I drained the water and let them cool so I could peel them. I got lucky and they all peeled very nicely.

I chose honey garlic sausages at Sobey’s and added some salt, pepper and Worcestershire sauce to the mixture. It helped me to take a handful of the meat mixture and spread it out (about 1cm thick) to cover my hand. I put the egg in the palm of my meat covered hand and worked at it until the whole thing was entirely covered. A light dusting of flour, dip in the egg wash. another final dip in the seasoned breadcrumbs and they were ready to be cooked. 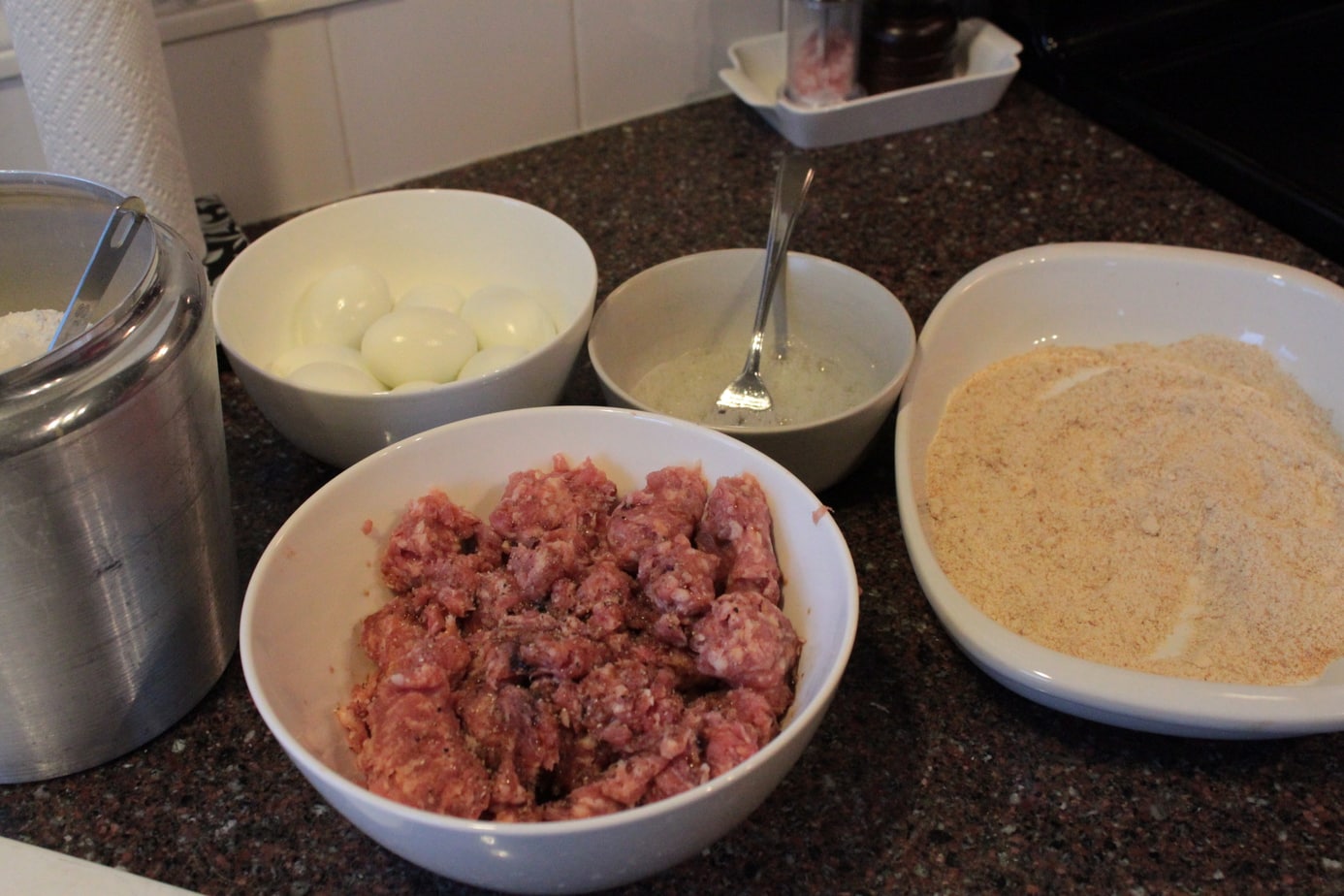 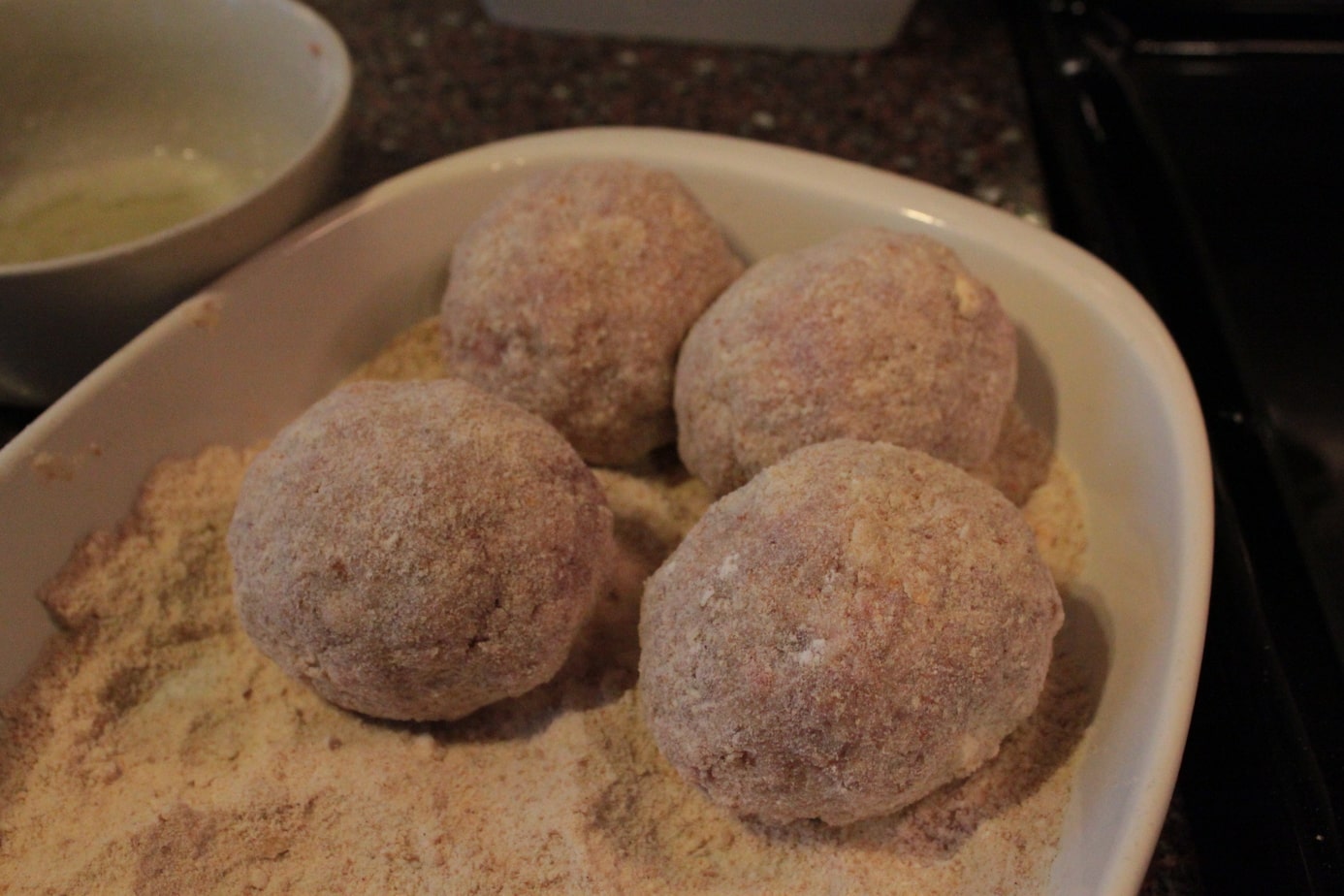 Therein lies the problem. I really don’t like to deep fry food. Not just for health reasons but I’ve  had an intense fear of hot oil that goes  back to my childhood. My grandma was severely burned while stove top deep frying and I  took one look at the flames shooting up from her pan and hid in the closet. Since then, deep frying is not my favourite way of cooking food. I decided the best way to cook the Scotch Eggs was to brown them in a pan, then finish them in the oven. While the finished product didn’t look as nice as the deep fried version, they were definitely as tasty. Plus, I didn’t have to scar my children. 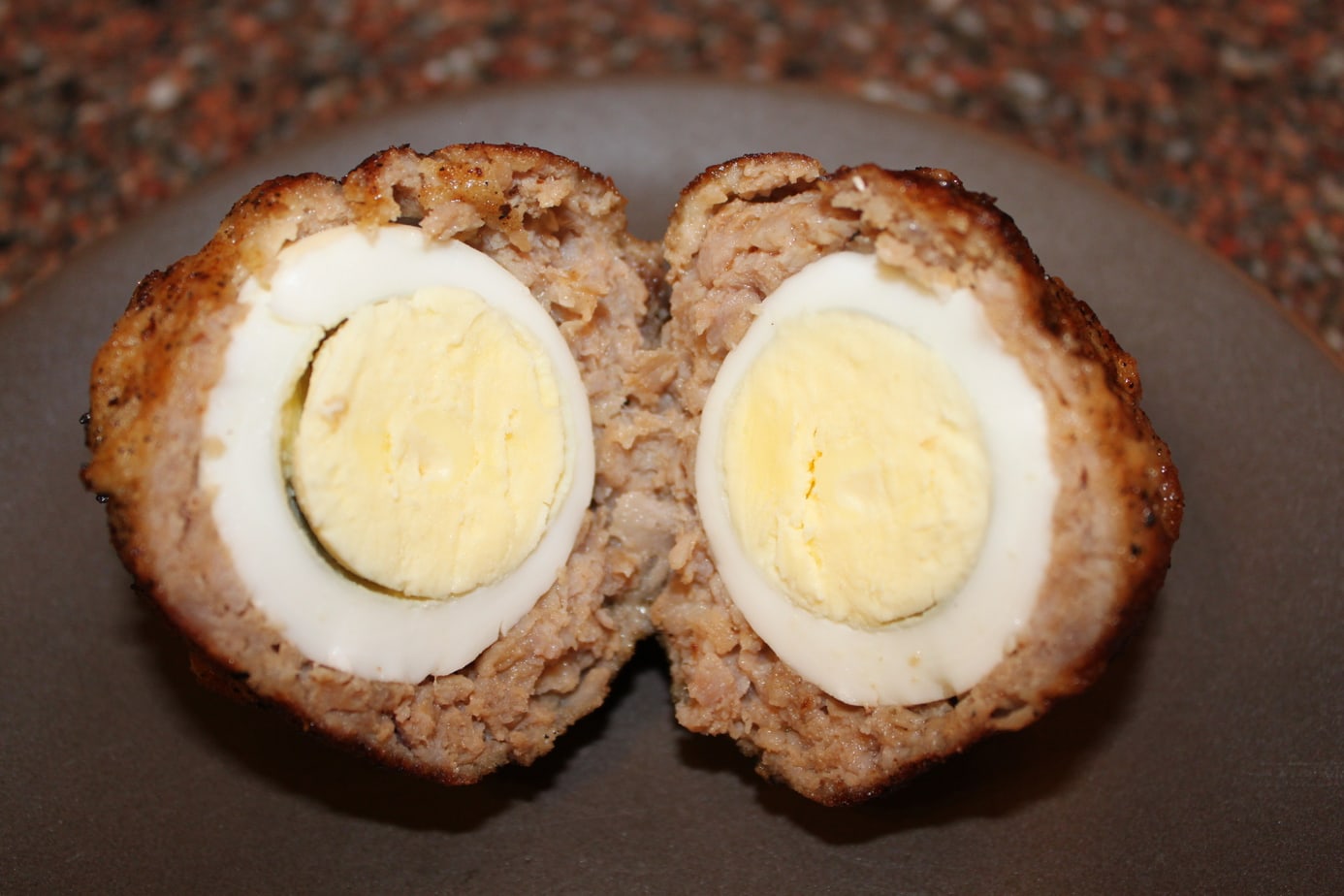 Some hae meat and canna eat,
And some wad eat that want it;
But we hae meat, and we can eat,
And sae let the Lord be thankit.