It’s funny. I was raised in a pretty Catholic family. We attended mass every weekend and observed lent and meatless Fridays. I try to do the same with my children but these days having fish or seafood on a Friday night doesn’t really mean ‘sacrifice’.  Traditional as we were, we didn’t ever have hot crossed buns growing up.  I didn’t even try them until we moved to Calgary and then they were from the store, dry and riddled with candied fruit.  They didn’t really convey ‘Easter Treat’ to me at all. Then we moved to Australia and found that they were more common around Easter time and also that the bakeries there were more willing to experiment.  At the bakery we would buy fresh, delicious chocolate and mocha flavoured hot crossed buns. Now that we’re back in Canada and there isn’t a decent hot crossed bun to be found I thought it would be fun to attempt to make my own.  A recent hot crossed buns post by a fellow blogger, ‘whiskitforabiscuit‘ also inspired me to make some of my own for the upcoming Easter weekend.

While the initial mixing and proofing of the buns turned out to be relatively easy, I did have some trouble with incorporating the white chocolate chips. When I added them after the dough had completed its first proofing, they started melting as I worked them into the dough, making the dough quite greasy. I was a bit worried they wouldn’t turn out, but eventually I got them into decent spherical bun shapes in time for the second proofing. I think next time I will add them when I mix up the dough in the KitchenAid or freeze the white chocolate chips first. I could also use regular chocolate chips with the chai flavouring and it would be delicious.

Be very careful mixing up the flour/water paste for the ‘crosses’. If you don’t whisk it properly, you will end up with a globby mess that will plug your piping nozzle. It took me a long time to pipe the crosses but eventually I ended up with a passable cross for each bun. 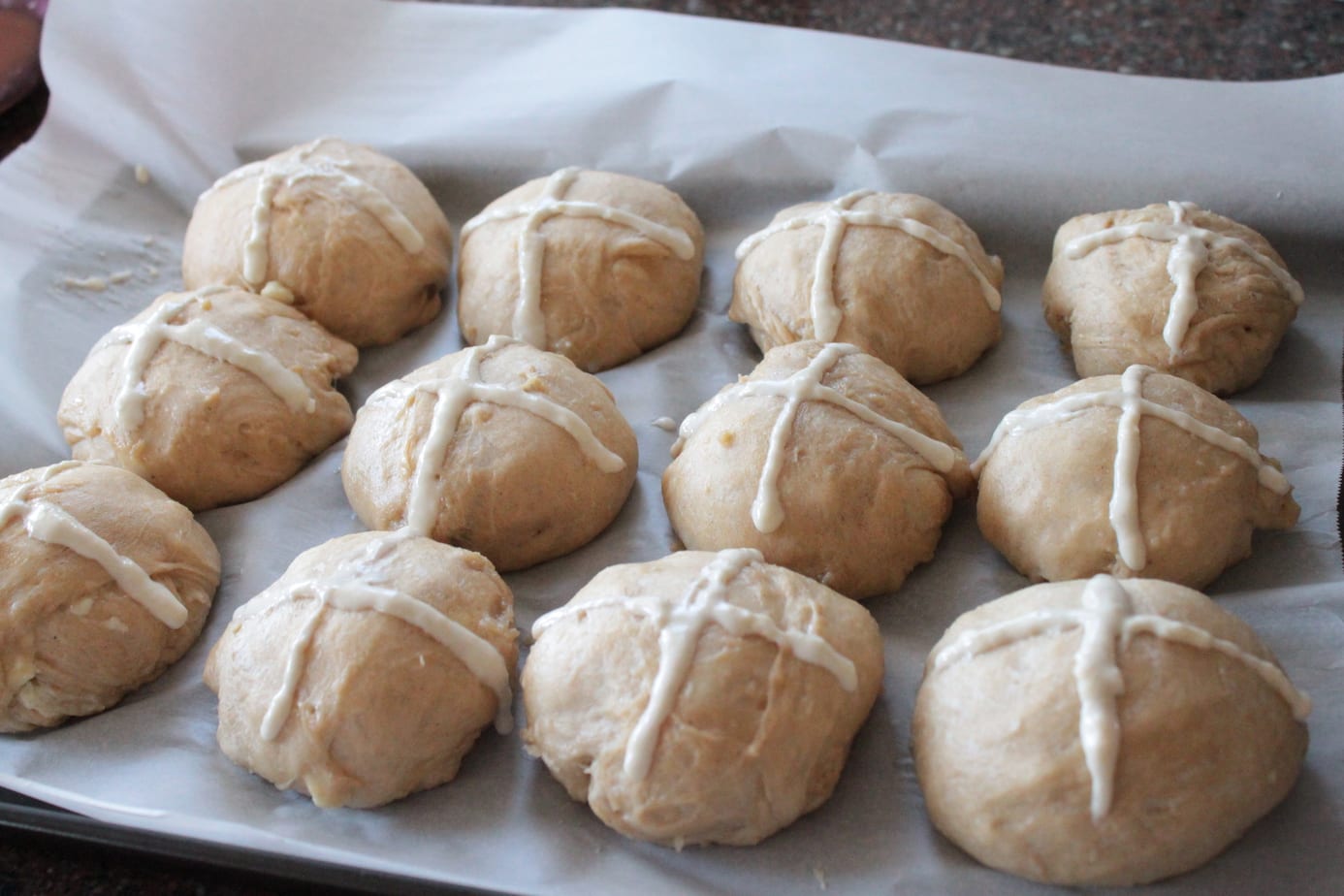 The chai made the buns deliciously spicy and I may even add raisins next time, much to the chagrin of the kids. I’m a big fan of cinnamon loaf. Despite the problems I had with ‘greasy’ dough, the buns turned out really nice. This recipe is definitely a keeper! 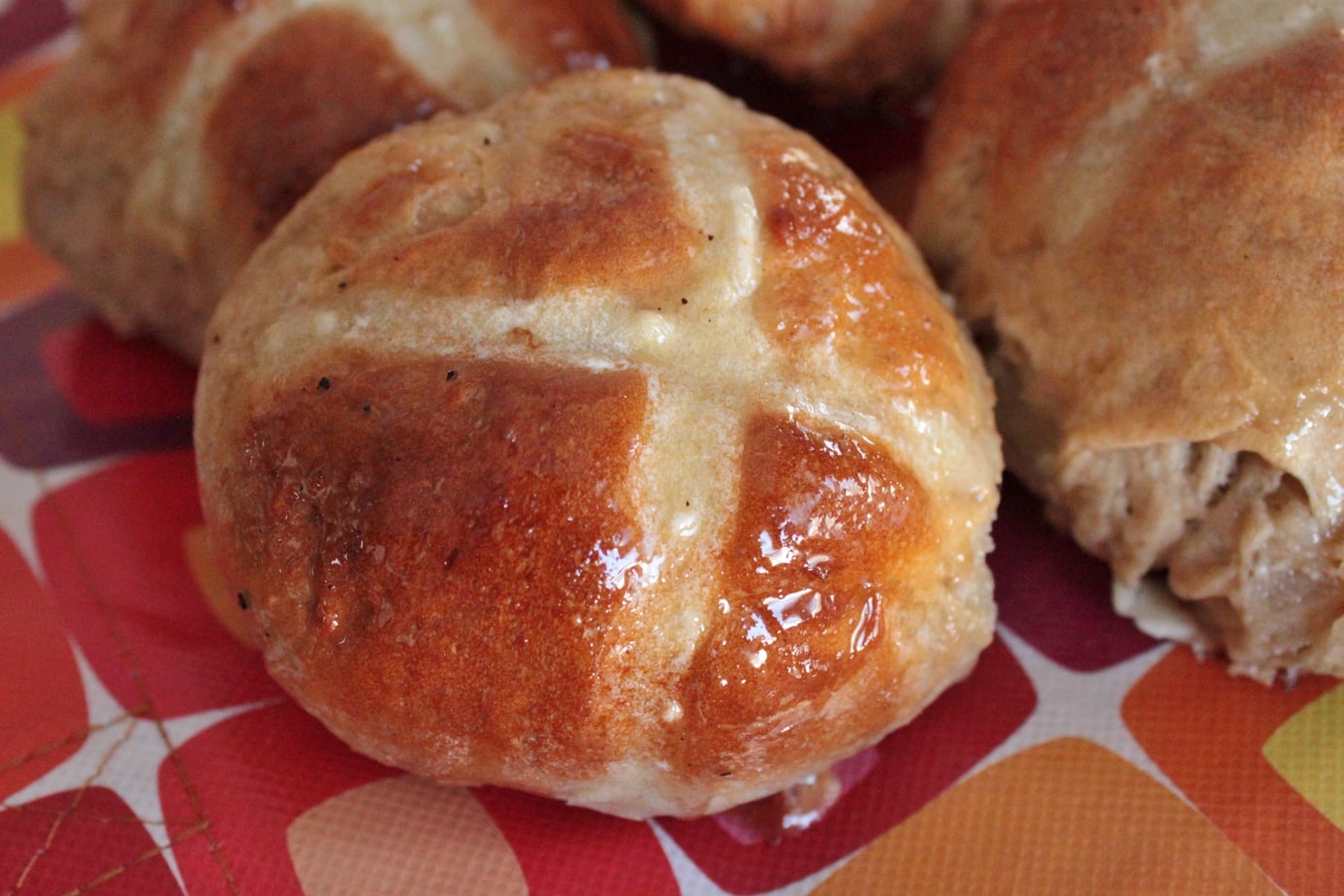