A Delicious Meal to Start off 2014 – Bison Tenderloin

Wow. 2014. I can’t even believe that 2013 even happened and sometimes for me it seems like I’m living in the future, just going through daily motions and interactions. I’ve settled into a bit of a post holiday funk most likely because I’ve been dealing with a nasty super bug I picked up in Saskatchewan. Blech. Plus it’s been snowing almost every day…enough already! I have never seen this much snow, nor have I ever shoveled as much as I have this year. I managed to get all the Christmas decorations packed away but other than that, nothing.

We stayed home and had a family night for New Year’s Eve (due to my illness our other plans were canceled) complete with cheese fondue, games, fireworks, and a hockey game. Nothing spectacular but nice and cozy indeed. Usually our first day of the New Year is spent with family but this year it was just us and I realized quite late on New Year’s Eve that I should be making us a special meal. I ducked down to the freezer to see what was available and my eyes immediately settled on the box of bison meat we brought back from Christmas at the farm. My uncle had thrown in a gorgeous bison tenderloin that would definitely be special enough for our first family meal of 2014.

It had been a long time since I had cooked bison meat, let alone a tenderloin and the idea seemed better on New Year’s Eve than it did at 4 o’clock New Year’s Day. I had originally intended to marinate it, then cook it slowly at low heat in the oven but we slept in, then barely made our brunch reservation. We arrived back home around 2 pm so I decided against a short marinade. Instead I trimmed and trussed the tenderloin then massaged a sticky paste made with roasted garlic, fig jam, and black pepper jam. I left it to sit on the counter while I made the rest of the meal. 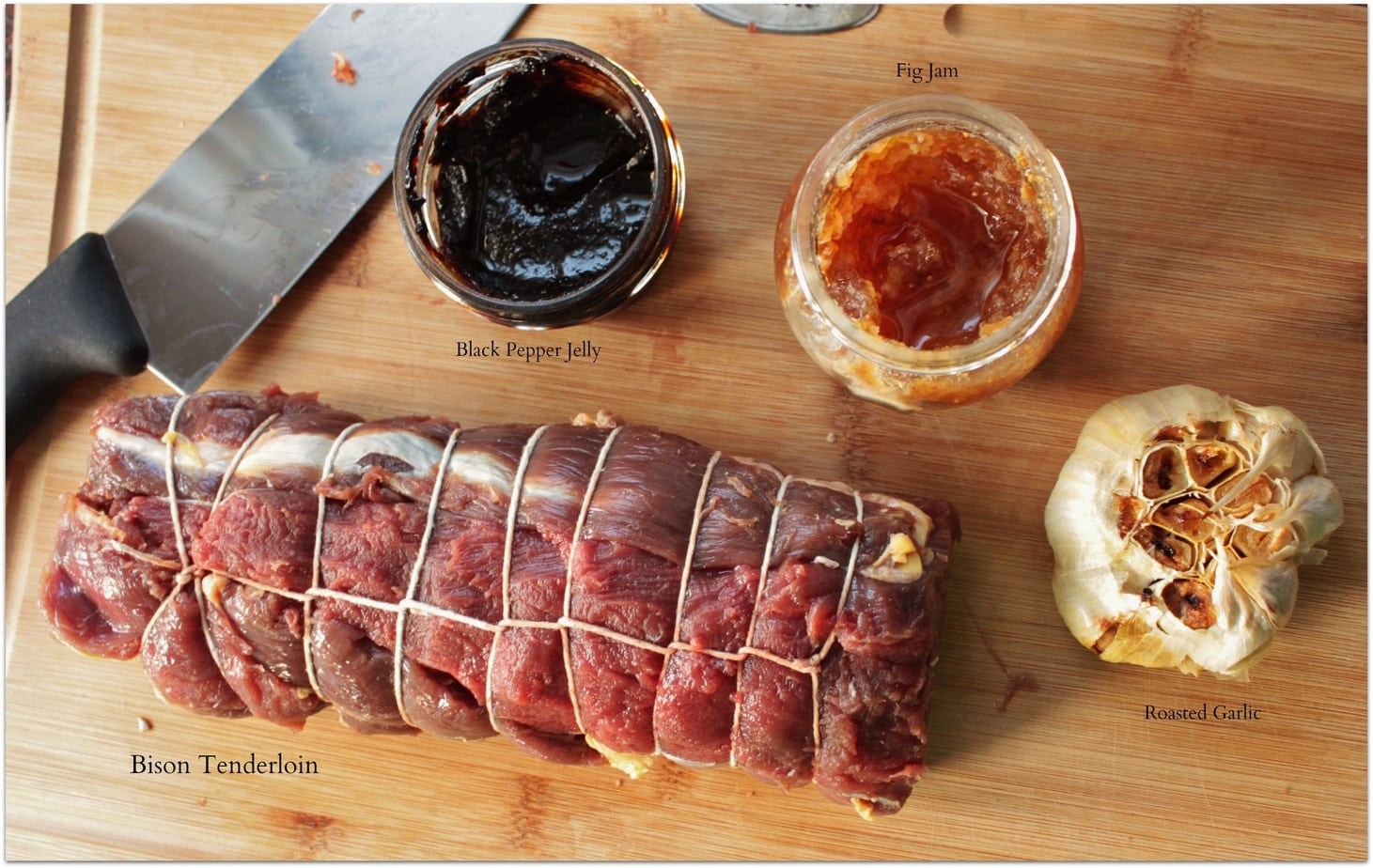 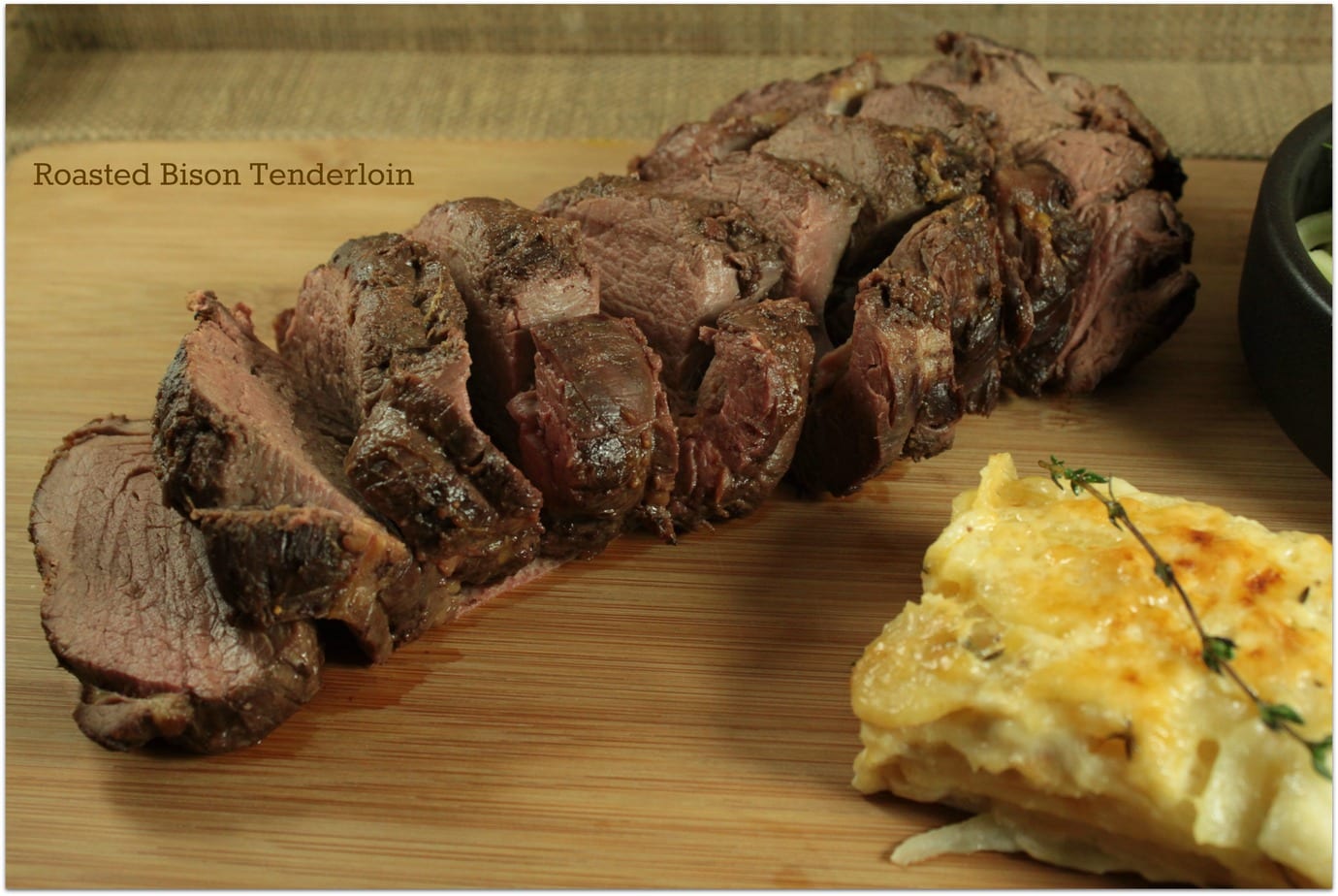 I was a bit disappointed with the flavour. To be honest I really wish that I had the chance to marinate the tenderloin with some garlic, oil, and wine. I guess I’ll just have to get myself another tenderloina and give it another go.