On one clear, rain free evening I wanted to explore the part of old Bruges which contained the Vismarkt or Fish Market. I thought there might be a nice little seafood restaurant where we could have dinner, then suddenly I realized the owner at the hotel had told me about this place on the very first night we were in Bruges. What triggered my memory was the name ‘Gouden Karpel’ with a fish etched into the window glass. At the hotel,  there was a bit of a language barrier between myself and the owner as he had me thinking there actually was a golden fish in the window of the restaurant. We walked in during the height of the dinner service and it was pretty clear that the place was quite full of locals. I felt a little odd and ‘touristy’ when our family was seated in a back room with what was obviously another tourist couple. I was a bit worried we would be forgotten of suffer for lack of service, but I cannot complain about the service we did receive. In fact, it was exemplary. 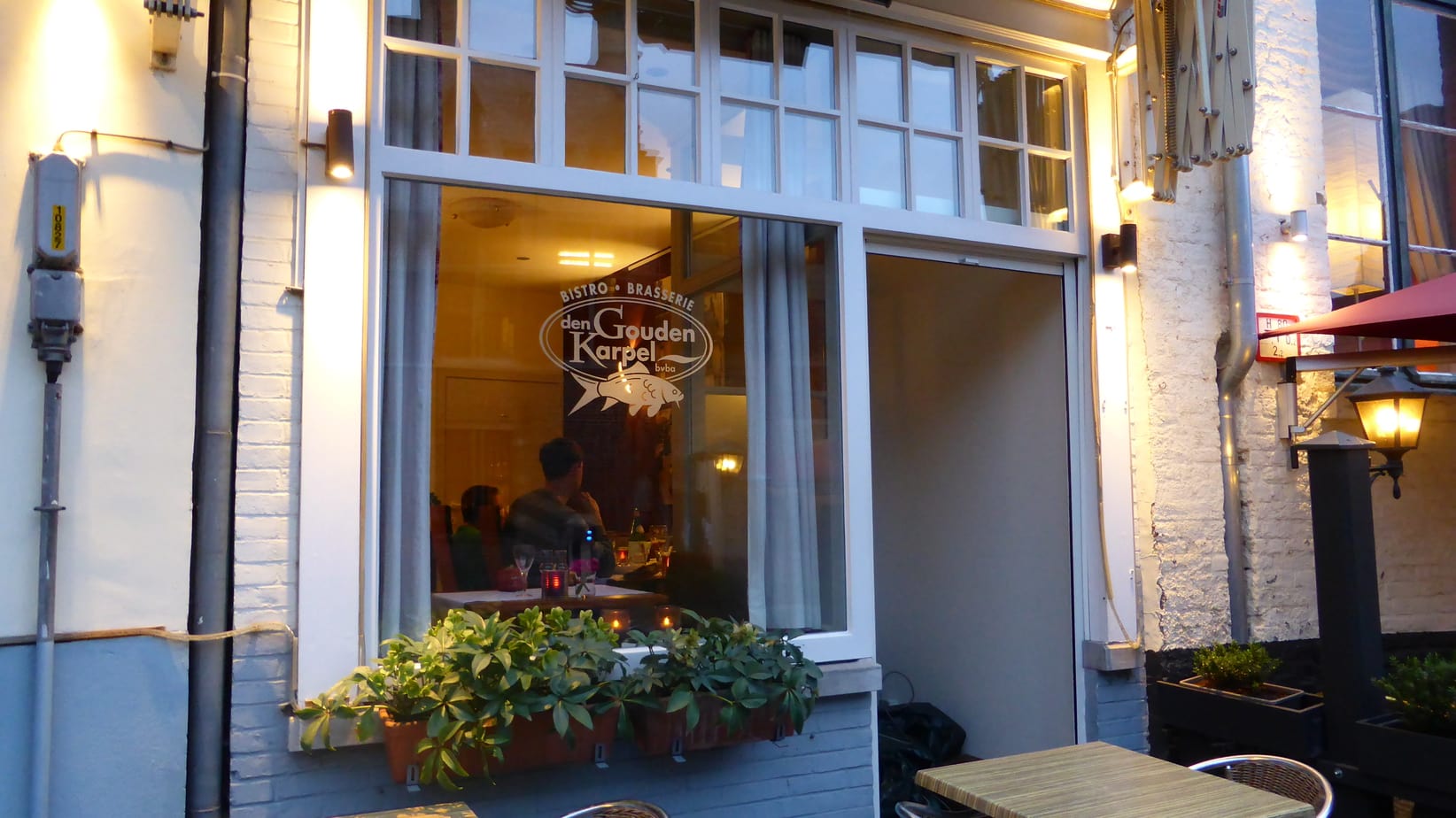 The family decided against an entrée, but I spied a delicious sounding scallop dish on the menu and I just needed to try it. I’ll just say as soon as it was set down on the table, the family descended on it like a hungry pack of wolves. I was lucky to get one perfectly cooked scallop. They weren’t so enthusiastic about the mashed carrots and peas though. I do have to admit the texture was odd and it was a bit like eating baby food. Still, the combination of scallops and peas is one of my favourite pairings. 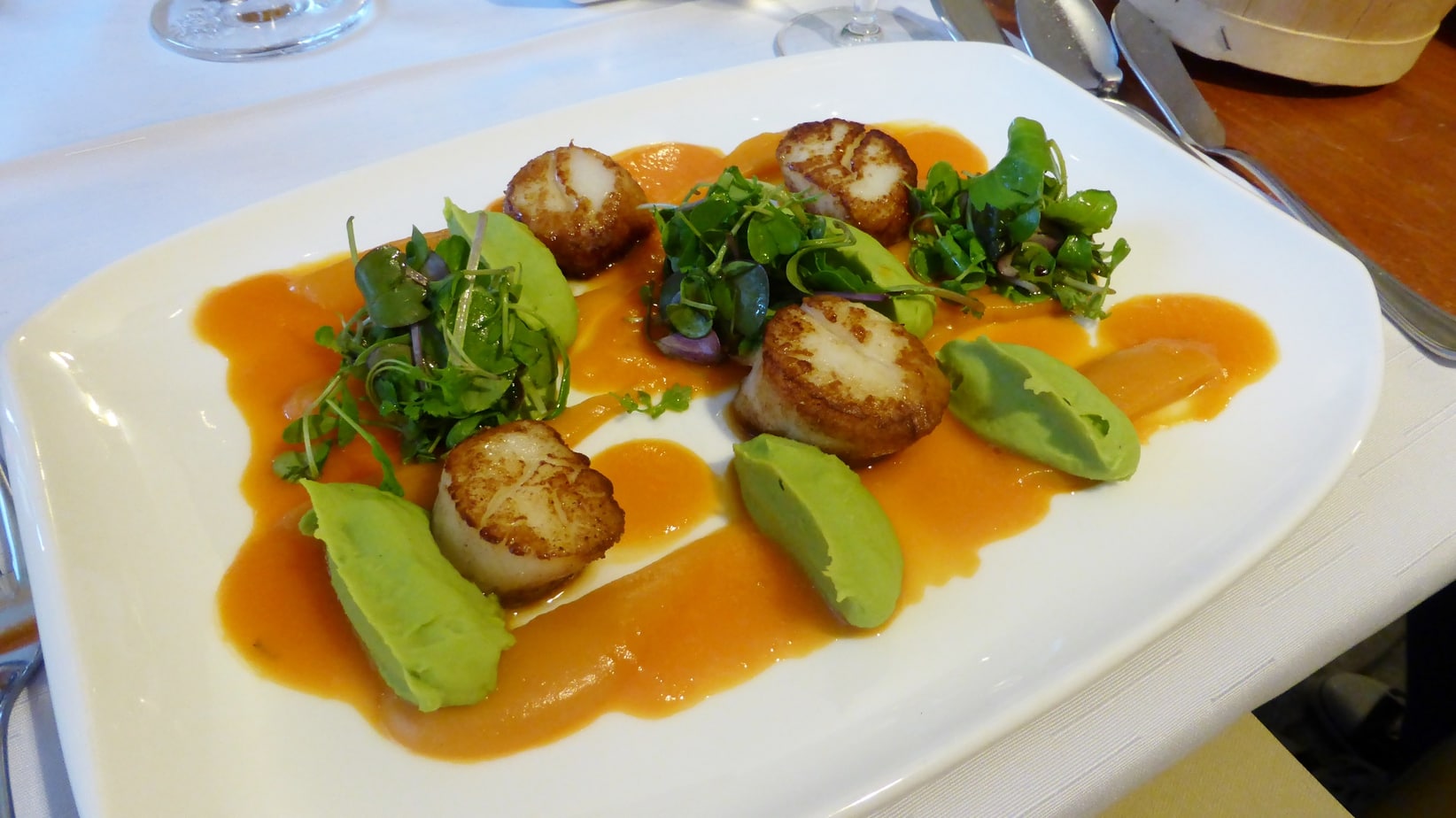 Kid number two still insisted she wasn’t very hungry and opted for the lobster bisque. I think she was really surprised with how creamy and filling it was. She didn’t even come close to finishing it. 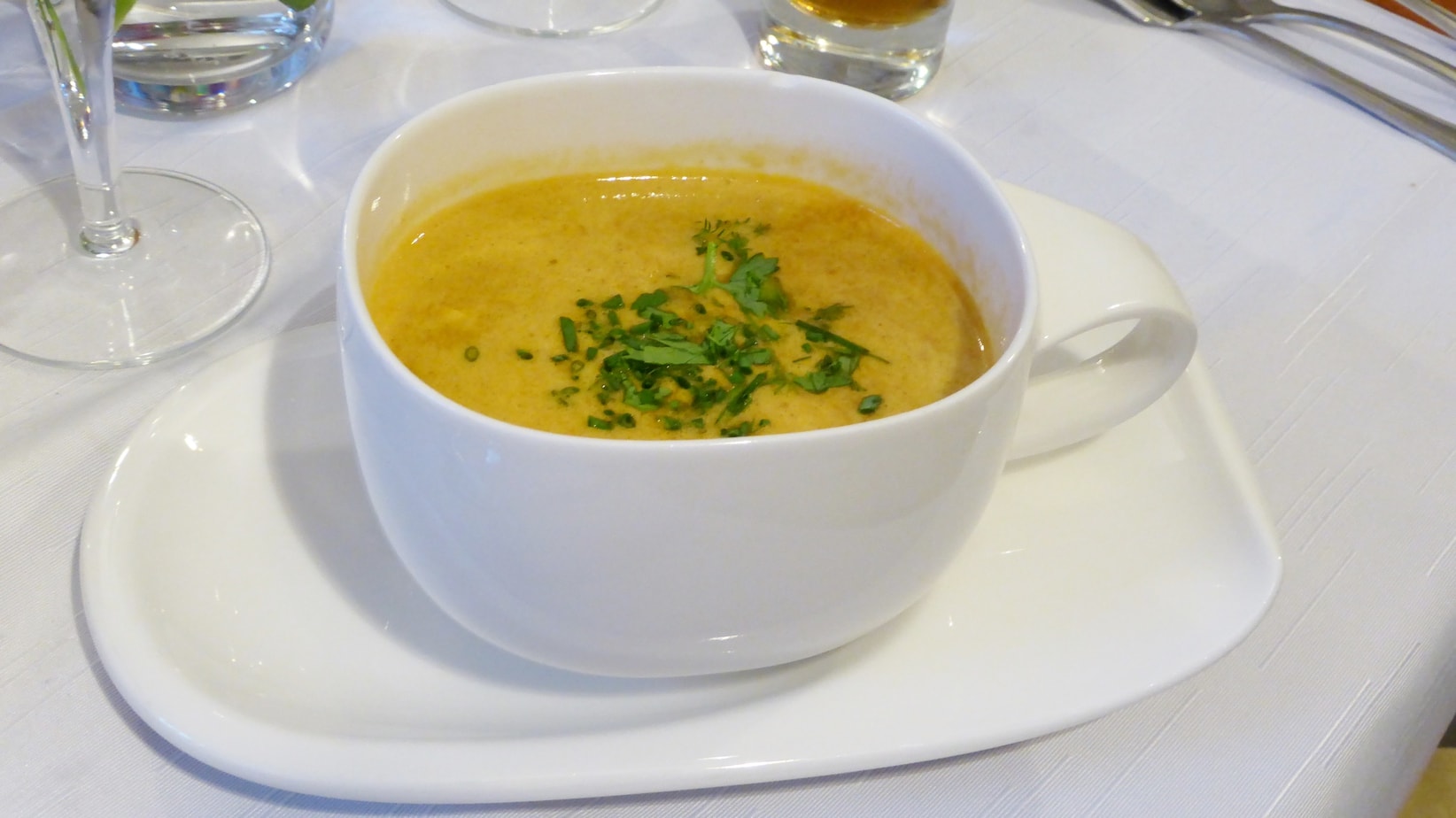 Hubby had his second try of Belgian style eel. This time the very traditional eel with green herbs. I had a taste of it and I can definitely say eel is not for everyone. It tastes like fish that has already begun to rot. 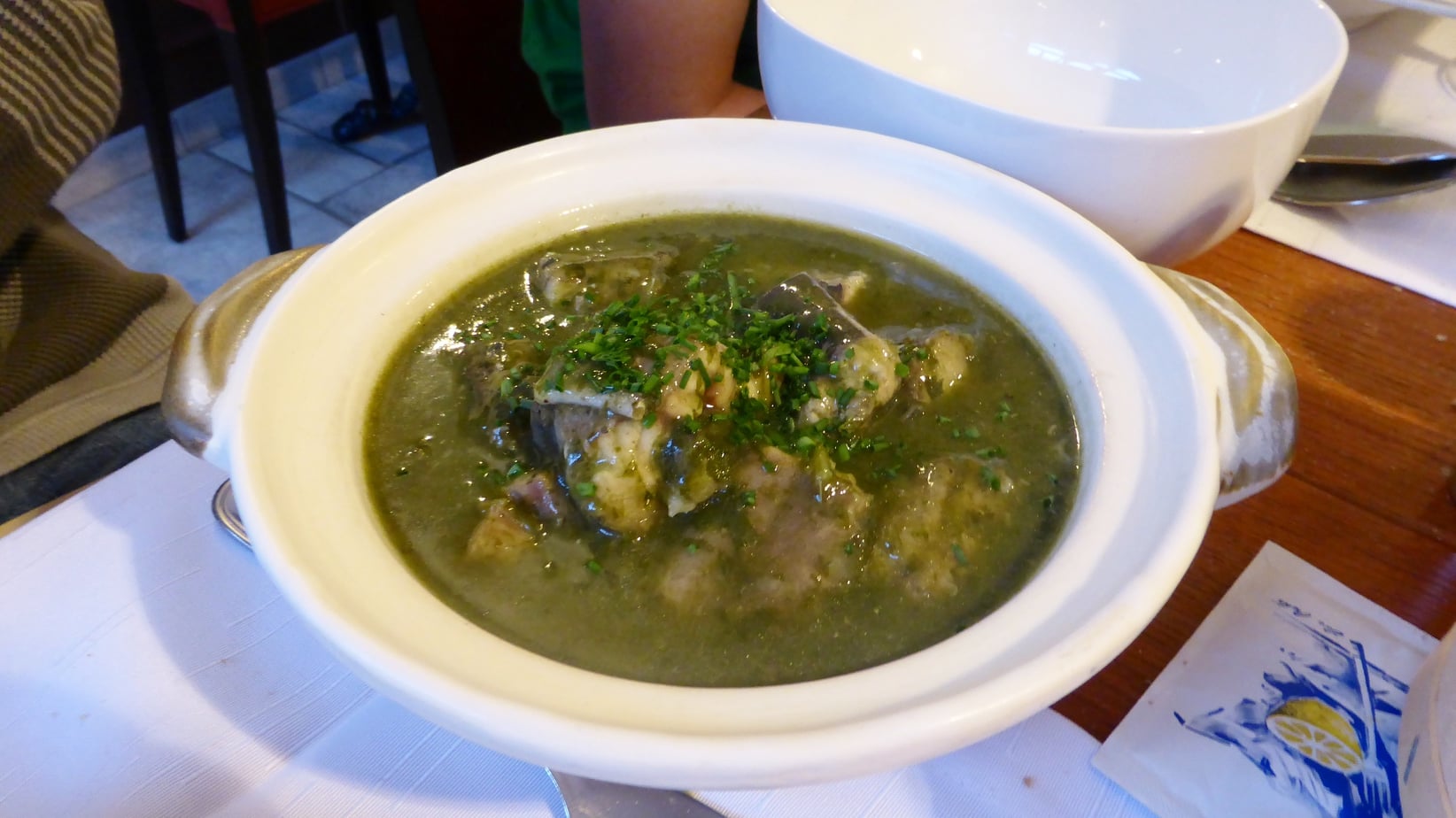 Kid number one was feeling adventurous and we had just had a huge conversation about how fresh the seafood is here while we toured the fish market. He decided to go with the Stew of fish “Bouillabaisse”. The wait person asked if he knew that it was a big bowl of assorted fish and shellfish. Kid number one confirmed he knew what he was in for and the order went through. This is what he received: langoustines, mussels, escargots, some sort of cod (I think), grey shrimps and scallops. He was definitely impressed as everything was cooked to perfection. 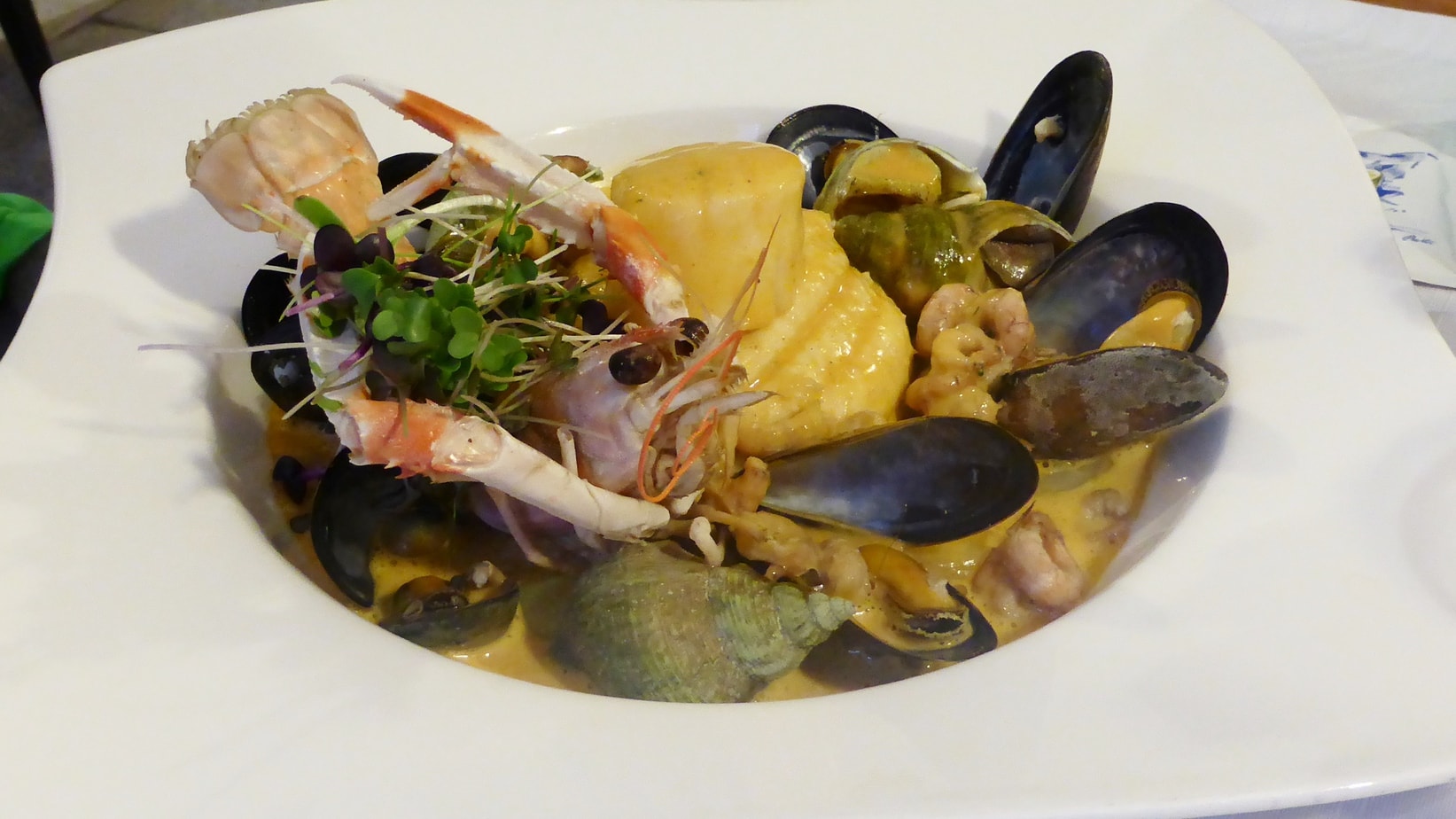 At this point on our trip, I was getting a bit ‘wined out’ and I really felt like having another delicious Belgian beer. I also found the wine selection a bit limiting and expensive. 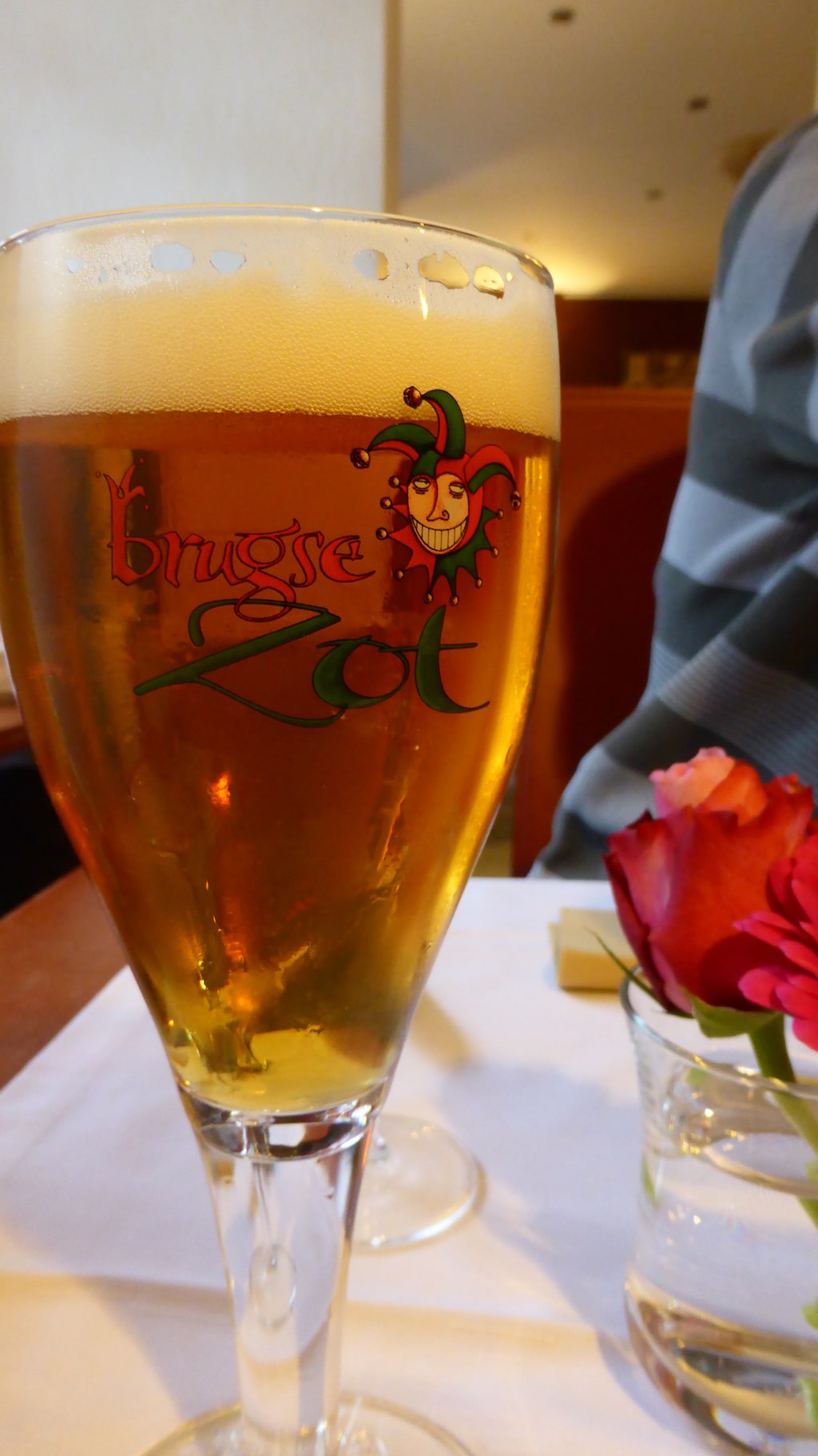 Luckily, Bruges Zot was served at the restaurant (as it was in many of the local restaurants) and it also made an appearance in my main dish;  Cod steamed with Brugse Zot/celeriac/leek/fungi/shell-fish sauce. It was different and I have to say the flavours of the beer and cod were very well matched. My fish was served with a huge side portion of mashed potatoes and leek. 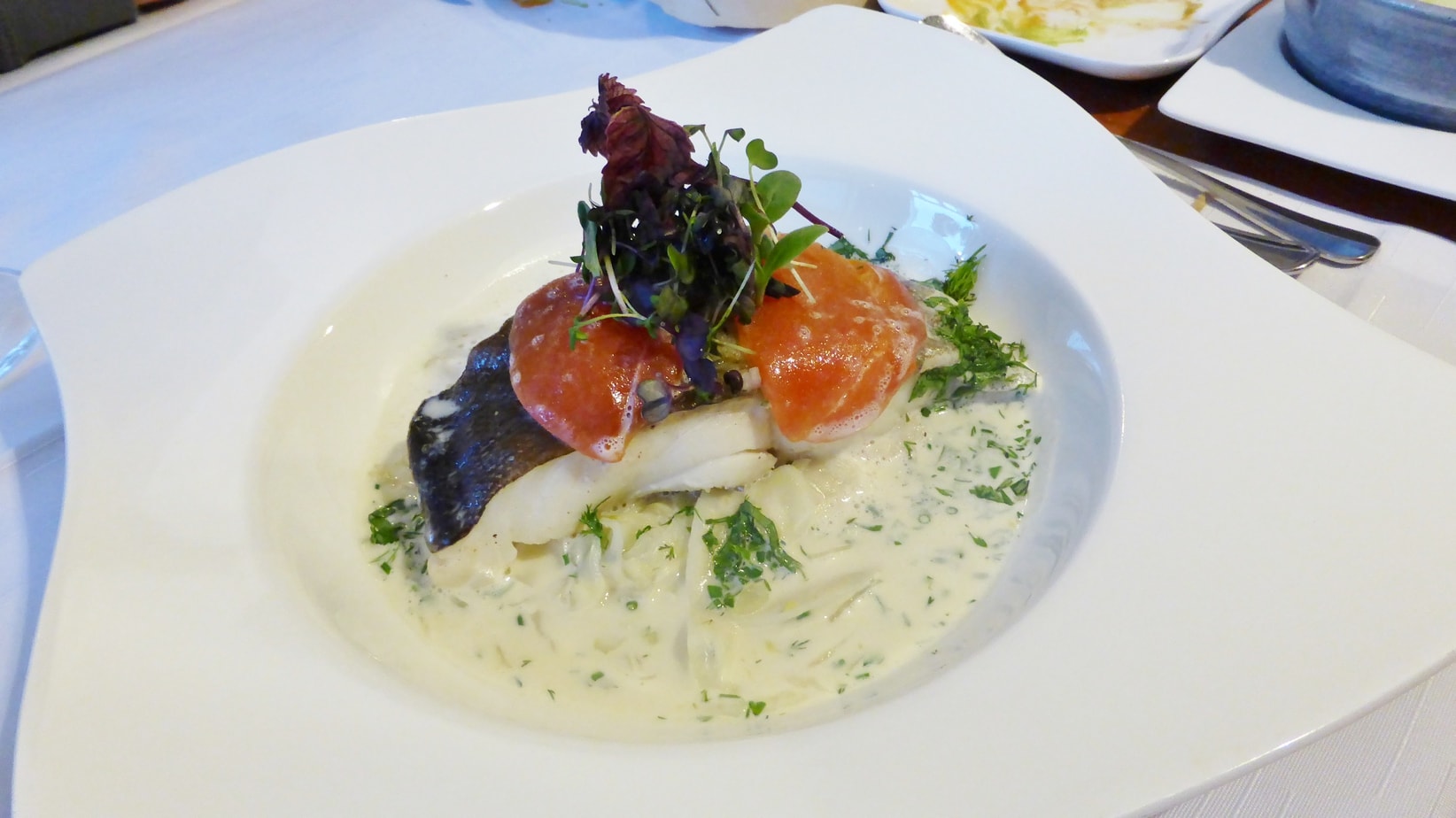 During the course of our dinner I saw the table adjacent from ours order a brilliant dessert. I thought it looked really quaint all layered up in a small jar and I just couldn’t pass it up. There was a creme caramel in the bottom, followed by stewed plums and then a vanilla mousse. It was pretty decadent so I just had to share with my hubby. 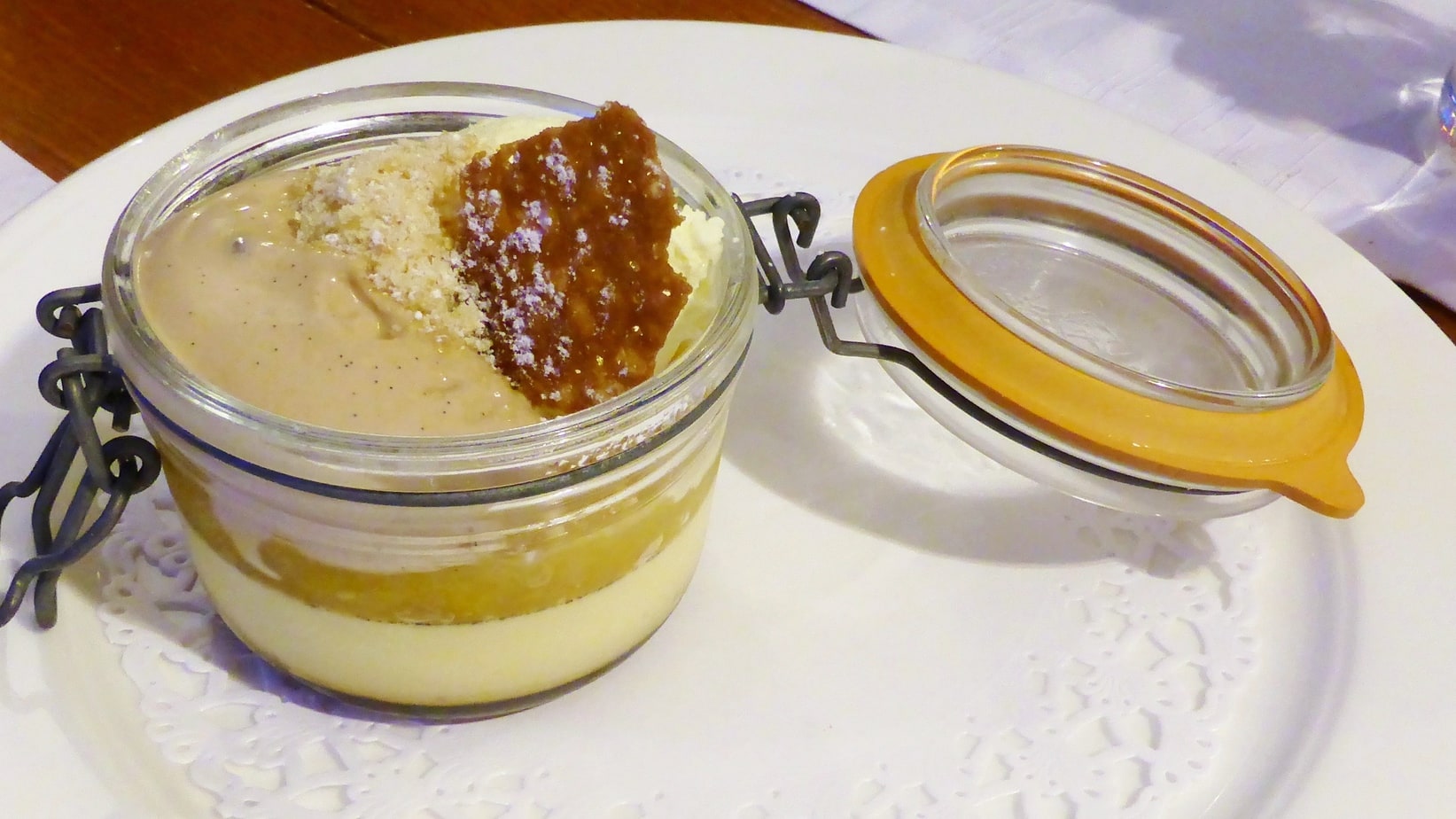 One of the desserts I looked forward to having in Belgium was a Dame Blanche or (more preferably) Dame Noire. I never did manage to find a Dame Noire on a dessert menu but Den Gouden Karpel had a Dame Blanche so I made sure kid number two (who hadn’t finished her lobster soup) ordered it. She didn’t see what could be so great about vanilla ice cream and hot chocolate sauce. I think she must have forgotten where we were…Belgium!! It wasn’t just any chocolates sauce, it was magic.  I encouraged her to drink the rest of the chocolate sauce directly from the jug but she declined. 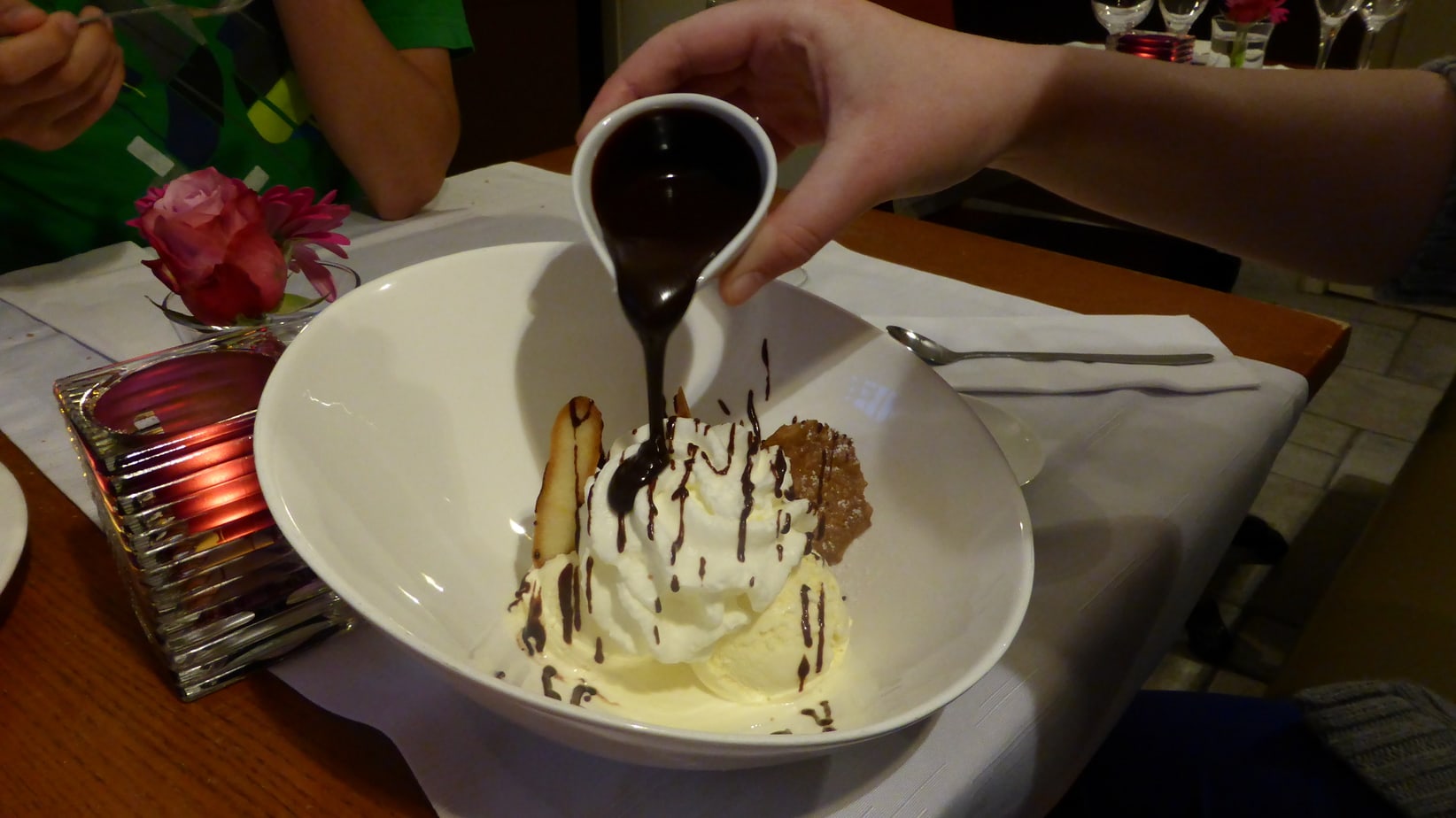