A Visit to Sea. Fish & Chips

RestaurantsAugust 6, 2013October 23, 2018 Bernice Hill
It was a last minute decision to travel to my parent’s home in Saskatchewan for the August long weekend. I’m not one for planning a long time in advance so by the time the long weekend is within sight it’s usually way too late to plan any road trip or camping trip. We did consider hauling our tent trailer for the nine hour drive but decided against doing so as we thought the campgrounds there would also be full. With the water table being as high as it is this year in Saskatchewan, there are a few key roads leading to the lake lands area (North of Prince Albert) that are impassable. We could have had a lovely camping time after all because I know the back roads like the palm of my hand.
We still had a great time visiting the relatives back home. HOME. I find it funny how I am still likely to call the farm in Mayview home when I’m grown and have a family of my own. I haven’t lived there for 20 years but it still feels right to call it that. My youngest sister is the same, but my brother who has recently been married and bought his own house has already made it his home. I guess that’s where he lays his hat…
The traffic on the way back to Calgary on Monday was horrendous. So many people not caring about others’ safety in their rush to get home and get cleaned up for the work week. We saw a (non fatal) roll over and five people pulled over for speeding.  While driving we debated having dinner in Drumheller at an Indian restaurant or waiting until we got home to Calgary to have Fish and Chips. After a vote we still couldn’t decide so I overruled the vote in favour of the Indian Restaurant. However when we got to Drumheller, pretty much everything was closed including the Indian Restaurant. By the time we got to Calgary we were starving and everyone was happy with the backup plan.
I’ve been to Sea. Fish & Chips twice before. I have found they can be inconsistent with the food, but service is always great.  We may have been starving and they could have fed us anything and we would have liked it but I was really impressed with the quality and quantity of the food we ordered tonight.  At Sea. they cut their own fish and chips; the tartar sauce is house made.  You have a choice between halibut, haddock, cod. They also serve Wild Rose Brewery beers and stock several others at a decent price. I like Boddington’s with my Fish n Chips but they did have Newcastle Brown Ale and it was a delicious stand in.
Kid number one is a big burger fan. He was happy to order the ‘Attack of the Killer Fish Burger’ with haddock and Yam Chips. 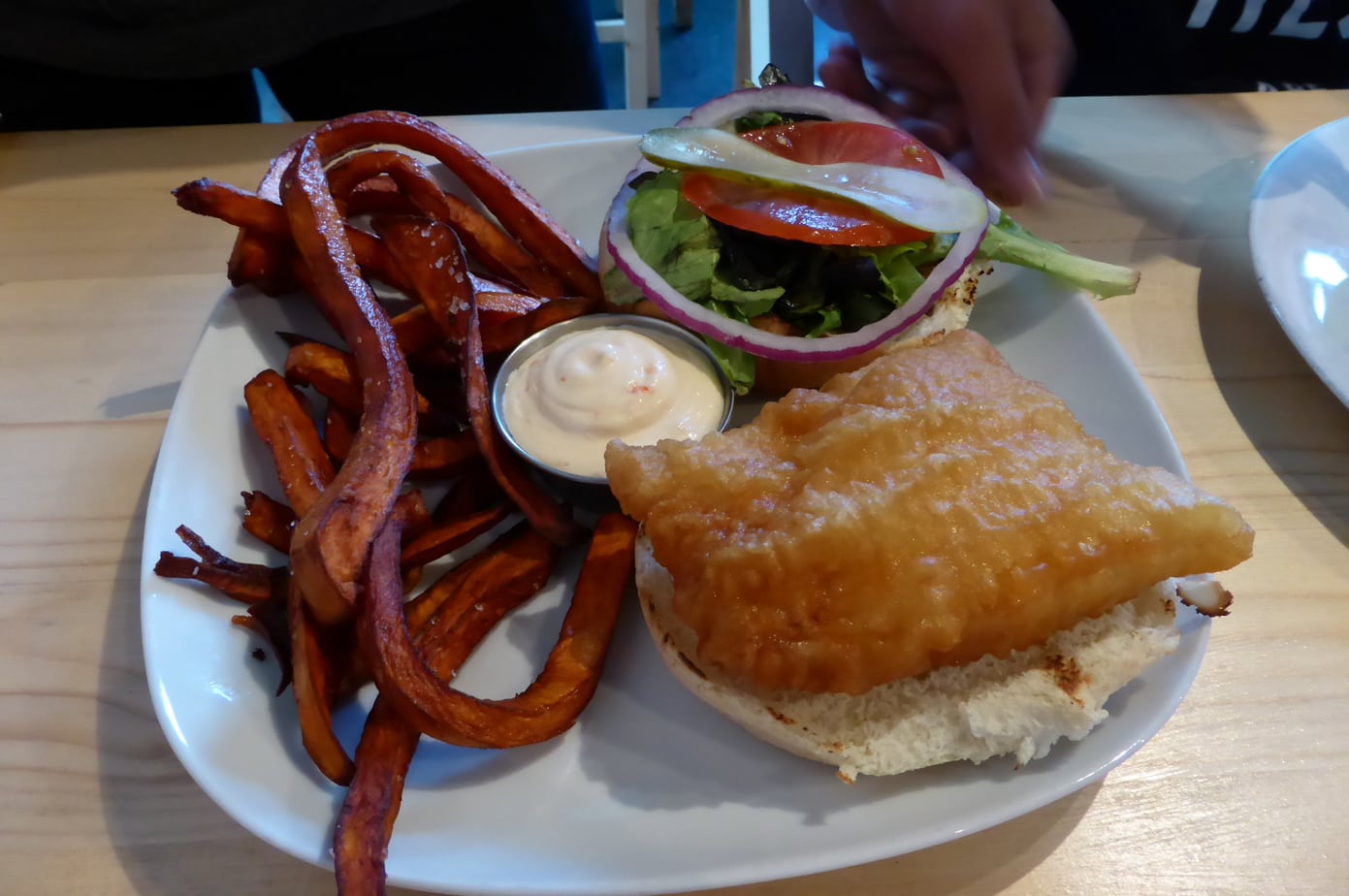 Kid number two and I both had the classic fish n chips with haddock. She had hers with yam chips… 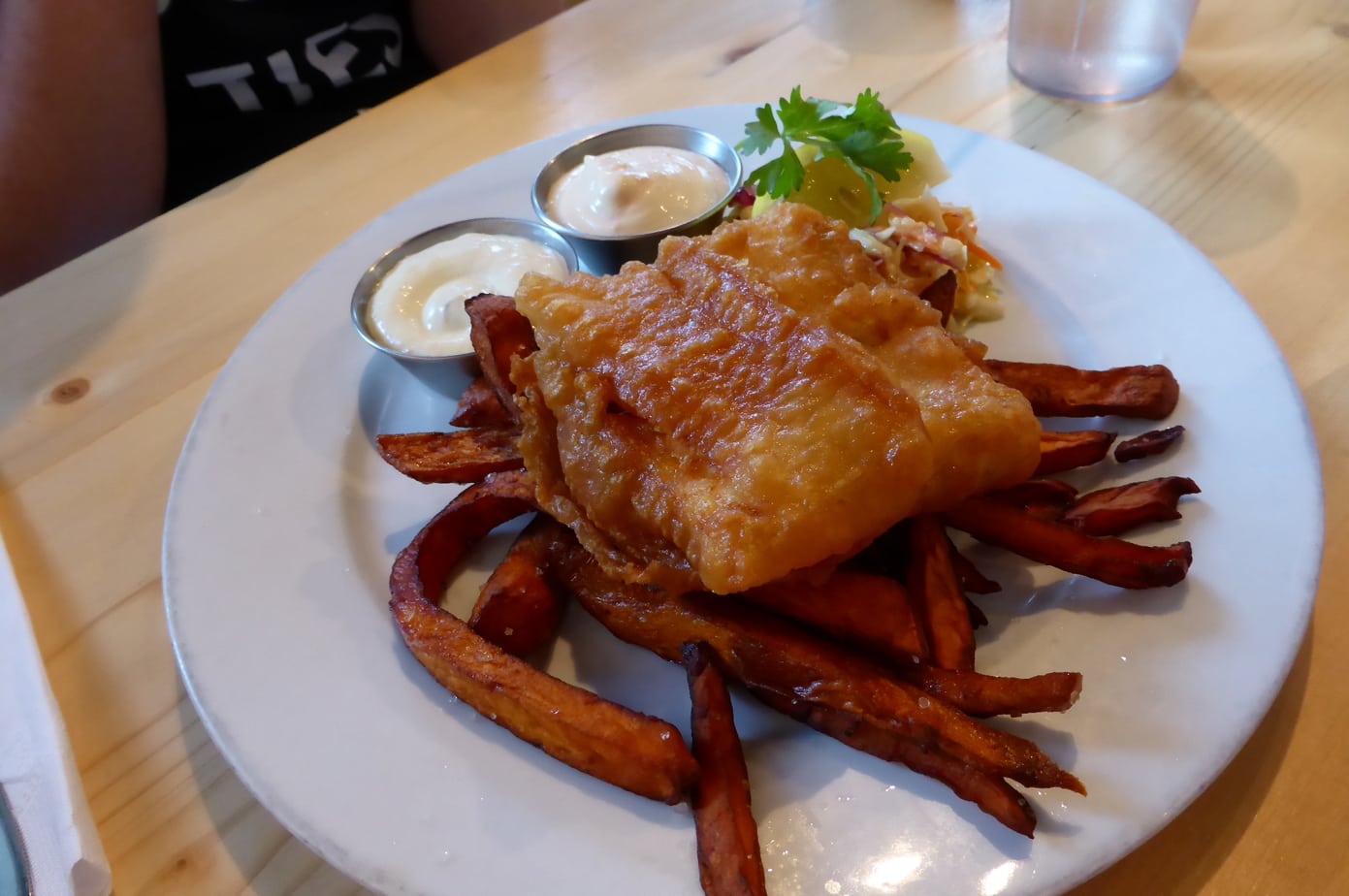 And I had regular chips as well as adding on some jumbo battered prawns with chili dipping sauce. We hadn’t ordered an appetizer so I got them to share with the family. 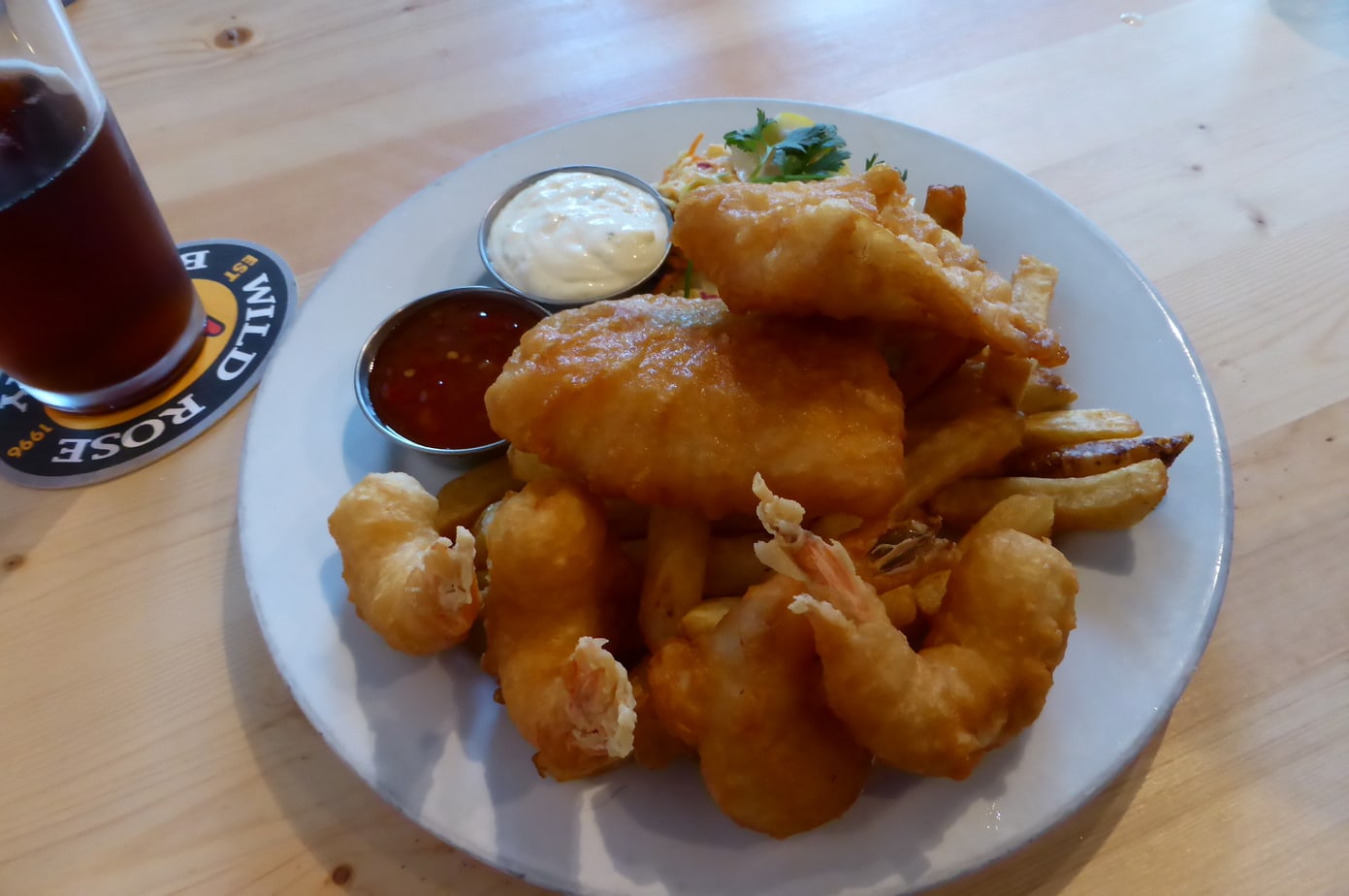 And Hubby, I’m not sure what he was thinking but he ordered ‘Fish Tacos’. Ummm, this was a burrito and not at all like the fish tacos we’ve had elsewhere. He thought the fish was good but the burrito was too loaded with coleslaw to even taste the guacamole and salsa that was supposed to be inside. 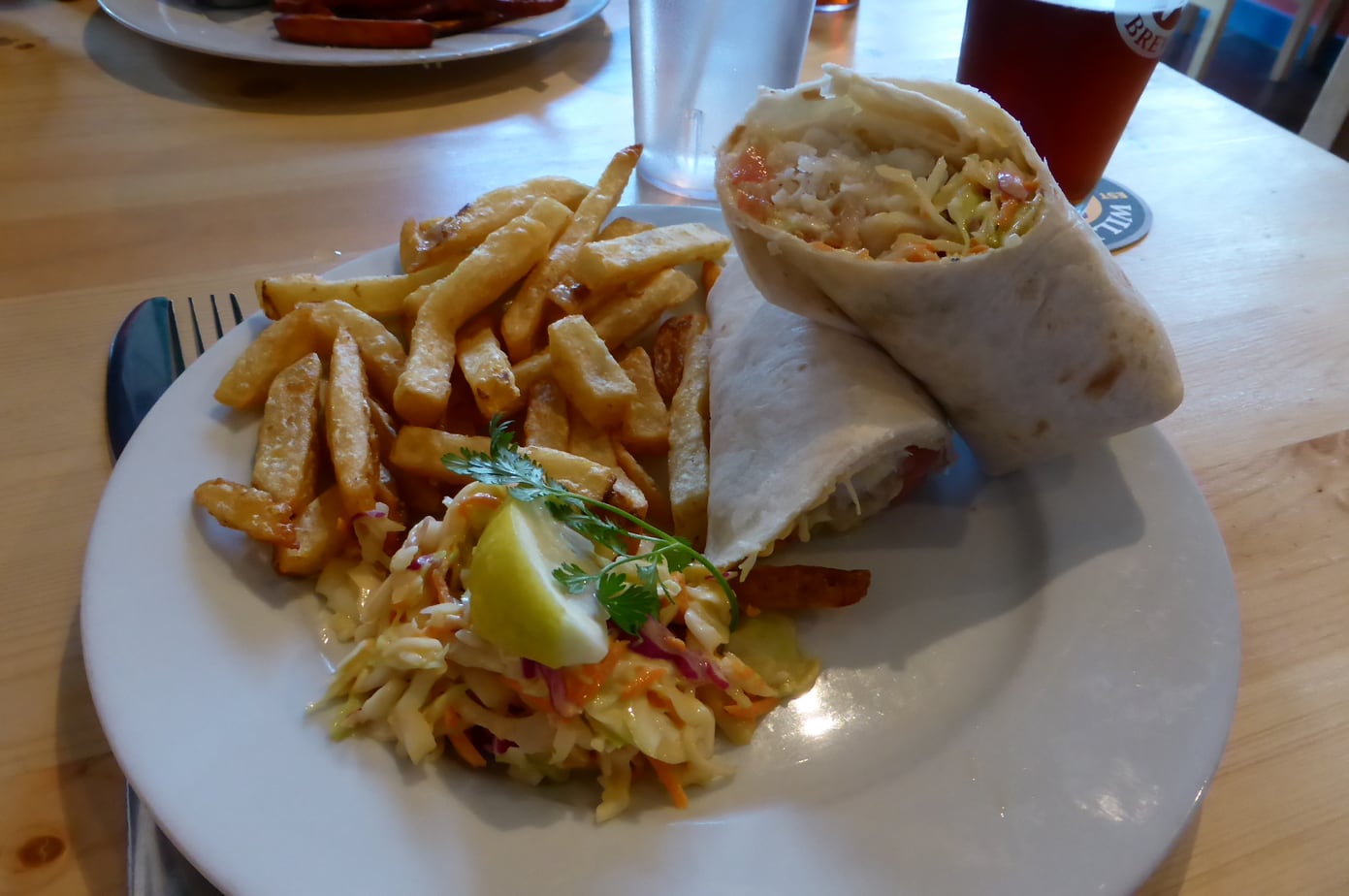 We left Sea. Fish & Chips with our tummies full and smiles on our faces. It’s great to be back ‘home’.