The Wonderful World of Masalas

Tandoori Masala is a spice blend used to marinate foods that will be cooked in a Tandoor or clay oven. It is one of many masalas used frequently in Indian cooking. Masala, meaning mix (no need to repeat yourself by saying ‘Masala Mix’), is a combination of spices and herbs that adds wonderful layers of flavour to Indian dishes. During the cooking process, they can be used on their own or in combination with other masalas. Masalas can be dry like this Tandoori Masala or a paste like Vindaloo Marsala (made of ginger, garlic, chilis, onions, and tomato paste). 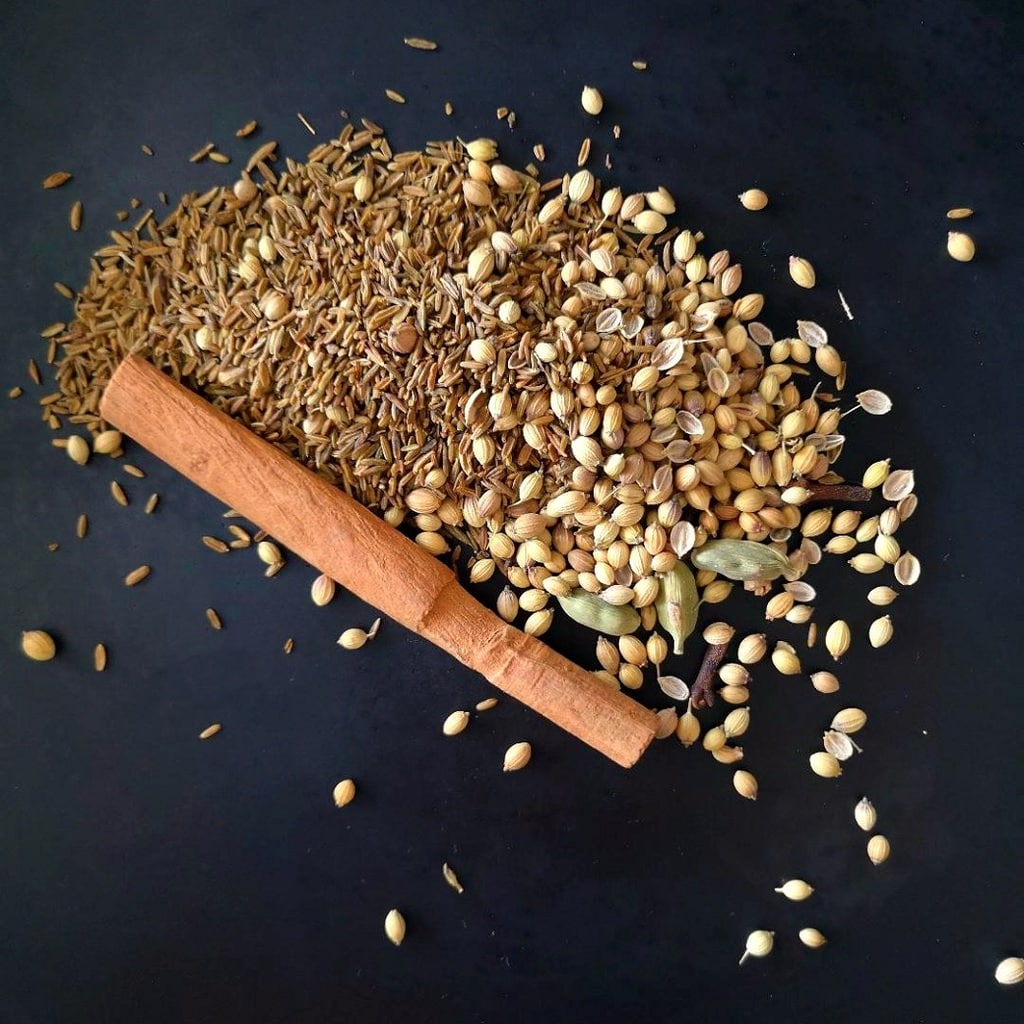 What is Tandoori Masala Made Of?

This particular blend of spices consists of a base of spices referred to as a Garam Masala:

Other spices may include bay leaves, fenugreek, and mace. There are a multitude of combinations both regionally and according to personal taste. Most blends also include ginger and garlic, though these are best when you add them freshly minced. The bright yellow-red hues and spicy heat of tandoor cooked foods reflect the further addition of turmeric and chili or cayenne. The heat level is entirely customize-able, so add as much or as little as you like. 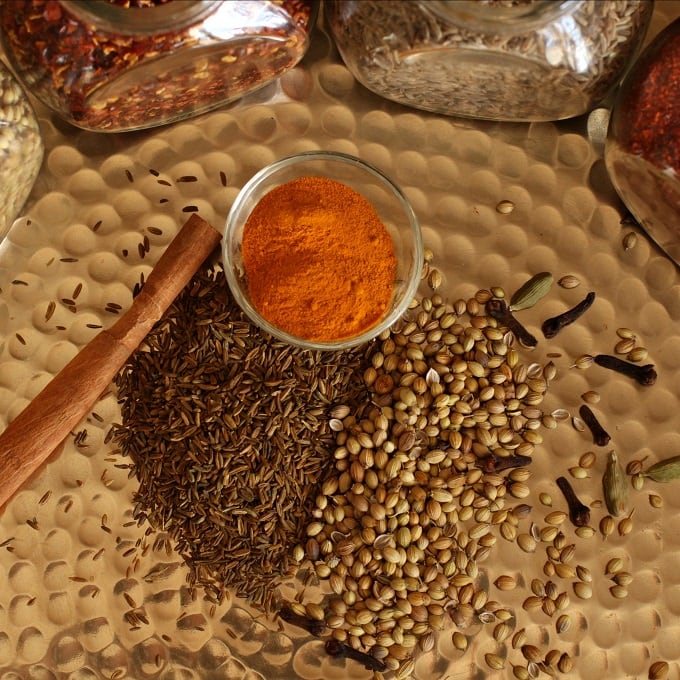 The Complexities of Curry Begin With Masala

Have you ever enjoyed an amazing curry and marveled at the flavourful heat? There is not one single note of intense spice, but levels of heat and flavour that are so complex, your tongue is dancing for joy. That complexity is a result of flavour additions during many stages of the cooking process. At the beginning, there’s dry roasting of whole spices, grinding, then heating them in ghee with garlic and ginger. Next comes a hit of acid from the tin of tomatoes and finally, the final rounding of flavour with just a bit of Garam Masala. 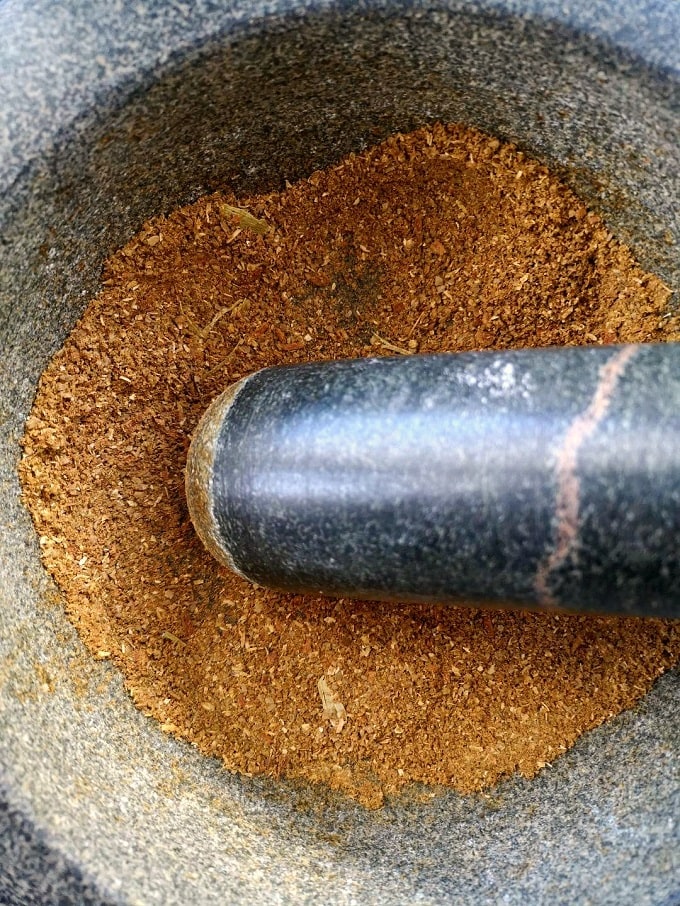 How to Toast and Grind Spices

There are two ways to toast whole spices: in the oven or on the stove top. For smaller batches, stove top toasting is the easiest and allows you to pay closer attention because if the spices burn they are useless. Add fresh spices to a dry pan and toast over low-medium heat, shaking the pan to heat the spices evenly. Soon the natural oils in the spices to be activated, let your nose be your guide. As soon as you smell their fragrances…remove the pan from heat and move the spices to a spice grinder or mortar. 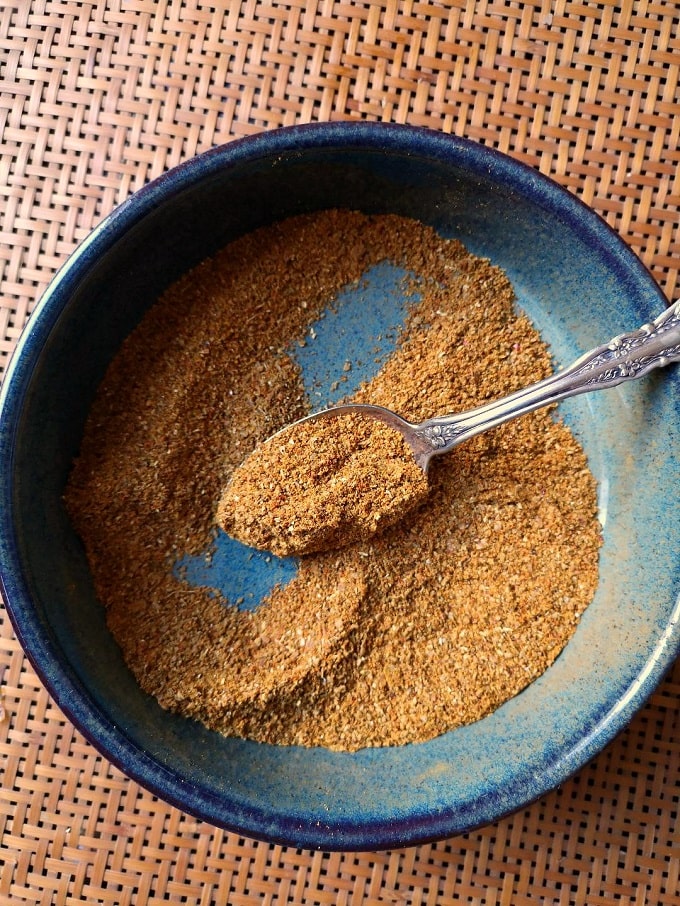 Let’s be honest, not everyone has whole spices in their cupboard. There’s nothing wrong with ground spices, though they will lose their potency quicker than their whole counterparts. To use ground spices in a masala, toast them in a heavy pan to reactivate their flavours. Be sure to stir them constantly because they tend to burn easier than whole spices.

Spice It Up With Dish ‘n’ the Kitchen 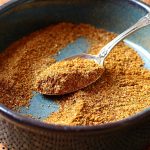 0.0 rating
Tandoori Masala is a mixture of lively spices commonly found in Indian cooking. Use it to marinate chicken or in a luxurious Butter Chicken Sauce. A quick dry roast and spices come alive.