Whipping up a batch of homemade taco seasoning is much easier than you think. Combine these common pantry spices into one amazing taco mix and you’ll never need a store packet again.

For years I roamed the ‘Mexican’ aisle of my local grocery store in search of little yellow spice packets. Family taco nights always occurred on busy weeknights when speed and convenience reigned. It never even dawned on me that I could make my own mixture, which is THE definition of convenience food.

Making your own taco seasoning mix is so freaking easy and it takes MINUTES. You’ll probably spend more time looking for the spices in your pantry! This recipe contains regular spices that most people already own. Feel free to substitute some of your own flavours or to decrease the amount of spicy components in this mix. The mixture makes enough to season two pounds of ground beef for your next taco night. 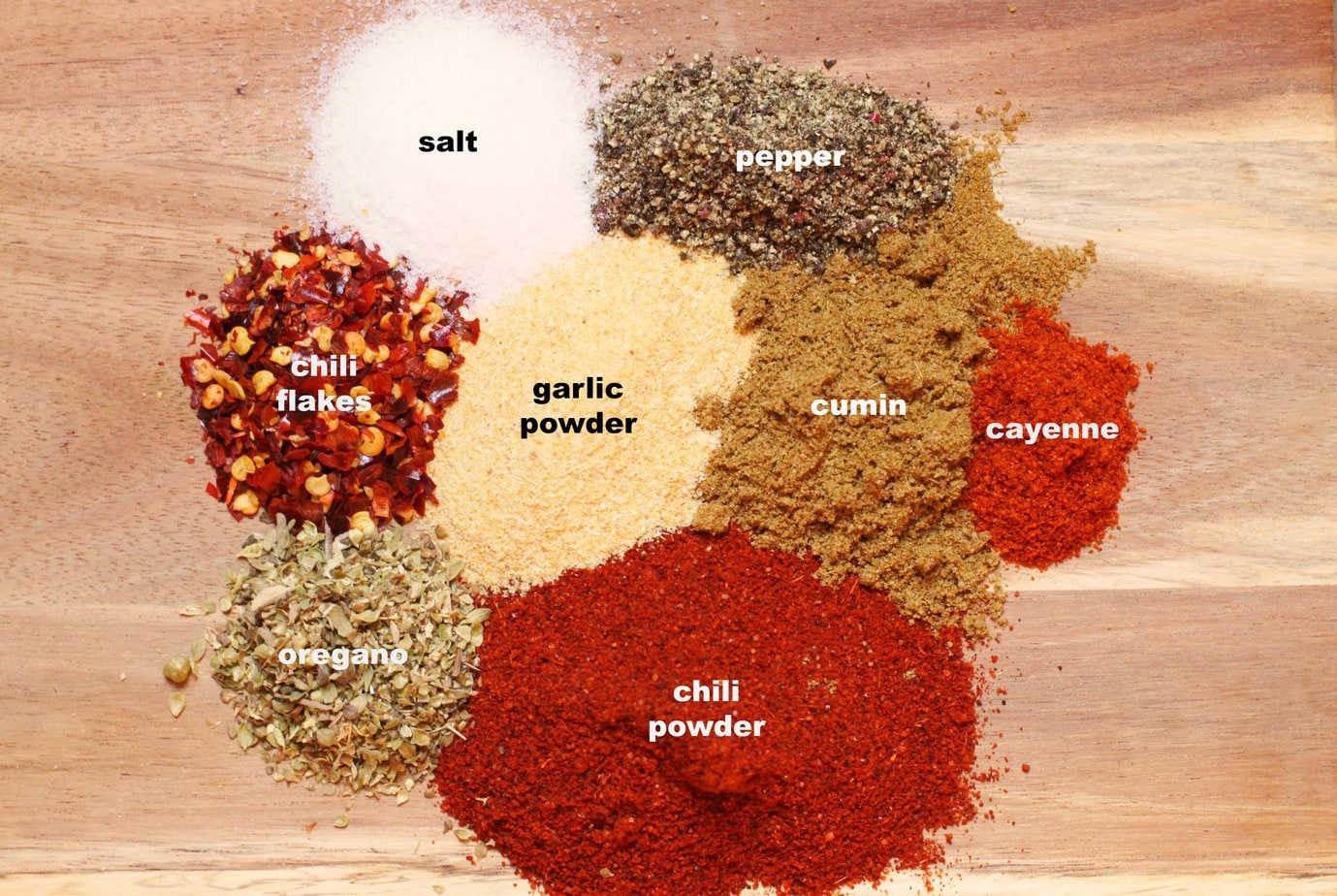 What is taco seasoning made of?

There’s no great way to say it but in addition to the regular spices, store bought taco seasoning contains some extra ingredients. Maltodextrin is essentially a hydrolized starch which acts to thicken foods, increase shelf life, improves flavour, and provides easy to digest carbs. It must be noted that maltodextrin may not be entirely gluten free. It is considered safe for average consumption.

Other ingredients include partially hydrogenated soybean oil, silicon dioxide, and ethoxyquin. While the soybean oil is there primarily for flavour and texture, the shelf life of taco seasoning packets is made possible by the latter two. Silicon Dioxide acts as an anti-caking agent which keeps the components of the mixture from sticking together in the package. Ethoxyquin, is a preservative that allows the spice packets to sit on the shelf for months, even years. 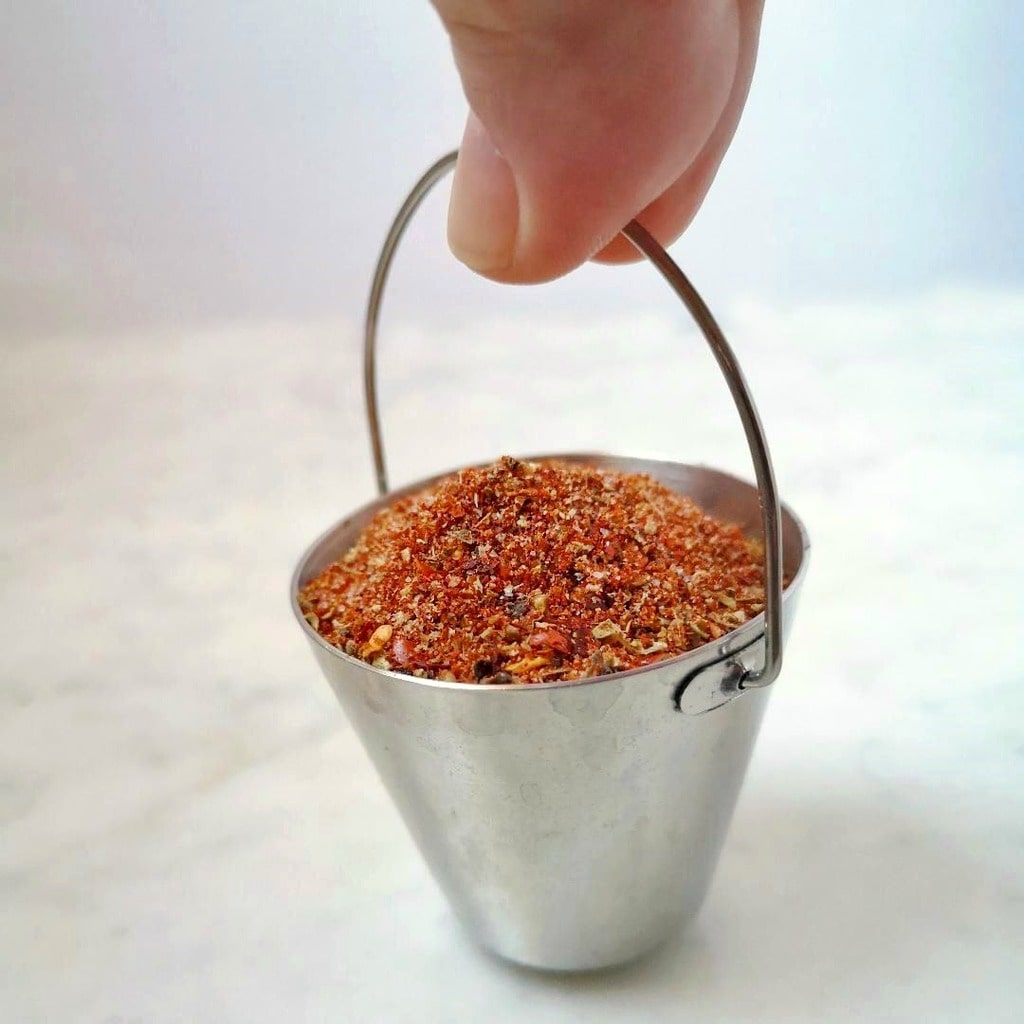 We found out the hard way that American style chili powder is MUCH different than chile powder. This wasn’t something I had thought much about until one fateful day in Australia. One Saturday for lunch, I was making the kids their favourite refried bean and cheese quesadillas. I added my usual amount of chili powder, not realizing that I had bought chile powder and that there was a difference. We all had tears in our eyes from the heat. 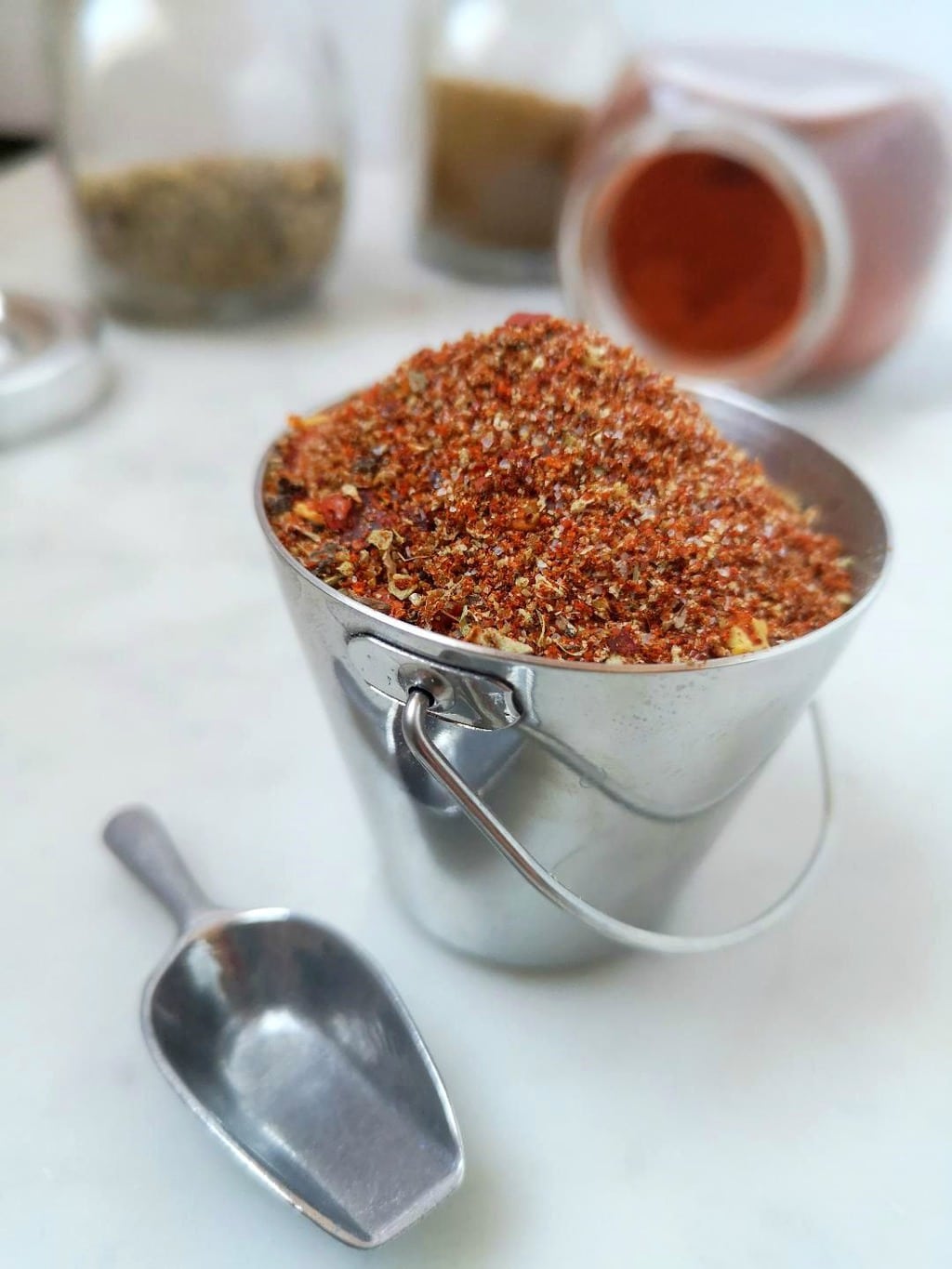 What is the best taco seasoning?

Let’s be honest, no one likes clumpy seasoning mixes and who wants added ingredients in their food? If you’re going to mix up your own taco seasoning, it’s best to use the freshest spices you can. This way you get the maximum flavour in your spice mix and you can store for it a bit longer in an airtight container. If you find the mixture is clumping, just add a bit of water to it and break it up manually. 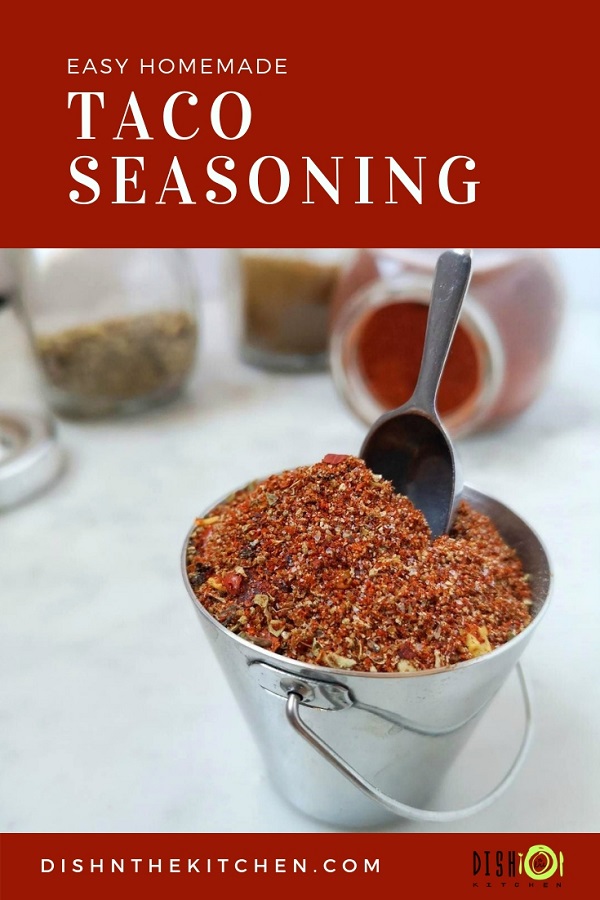 Spice It Up with Dish ‘n’ the Kitchen

0.0 rating
Whipping up a batch of homemade taco seasoning is easier than you think and once you've made it you'll never go back to the store packets.

*always use the freshest spices you can, it really makes a difference in the flavour of your spice mix and final dish.